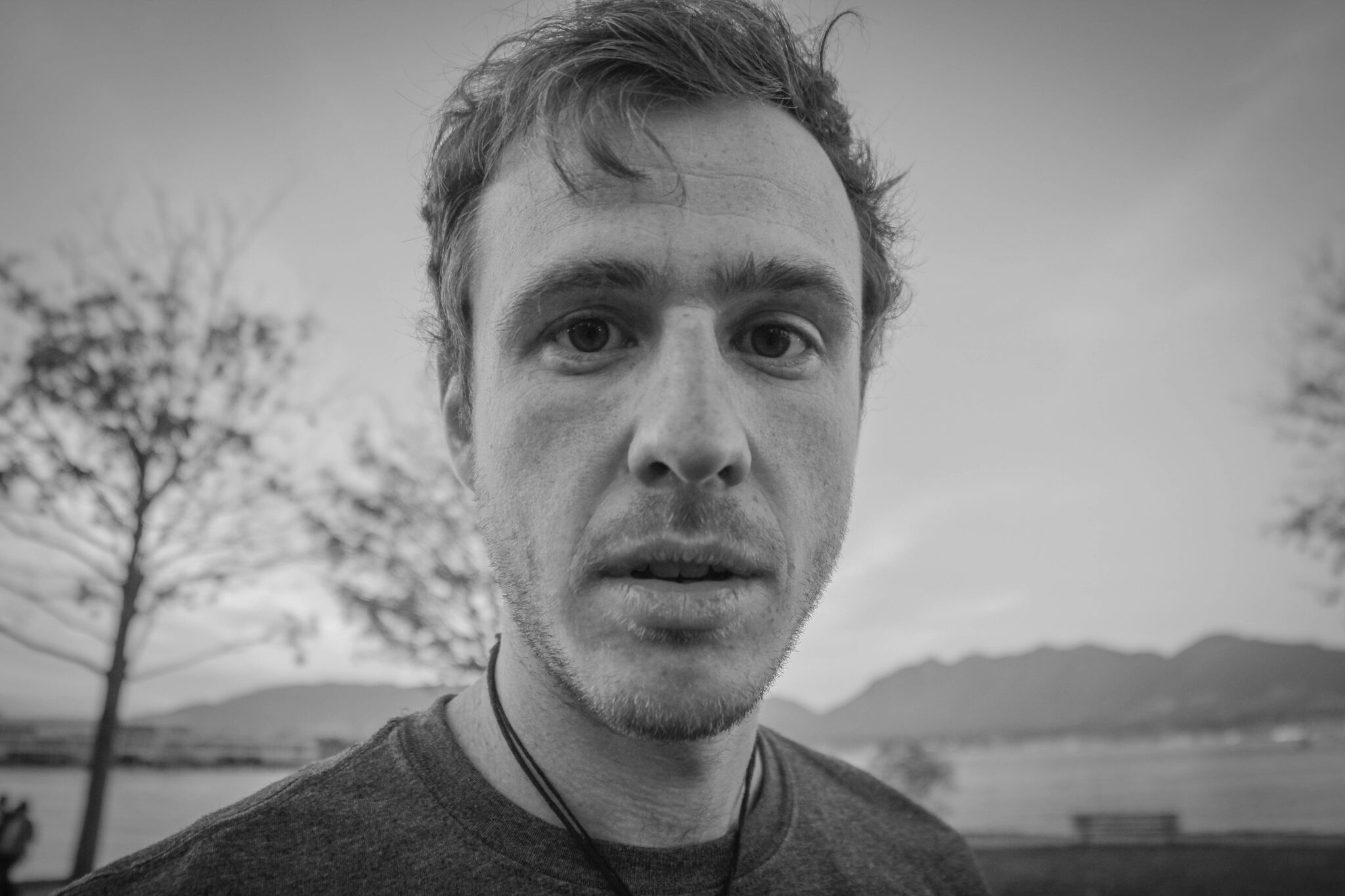 Buildering.net generally doesn’t promote the goings-on of the parkour scene. Not that we have anything against it, we love it. Twenty years ago, when parkour began its pandemic spread out of France, we were all about it. Nowadays parkour is a much larger and established scene, and doesn’t need any help from us. So to keep our voice unique, we focus on rock climbers doing “rock climbing stuff” on buildings.

Enter Tom Coppola, a parkour instructor from Origins gym in Vancouver, with his vertically focused style of parkour. Is it buildering? Is it parkour? I don’t know. All I know is it’s amazing to watch. It just feels right. In his latest video, Ascension, watching him blow the doors off of many established UBC buildering test-pieces hurts (just a little).

How long have you been practicing parkour?

I’ve been training for nine years. I started in Florida and moved here 5 years ago for kinesiology grad school. Around that time Origins gym opened up and I ended up working there full time as a trainer.

Where did you go to school?

UBC. As soon as I got there I wanted to make a parkour video. The architecture there is inspiring. It took me five years to finally do it. 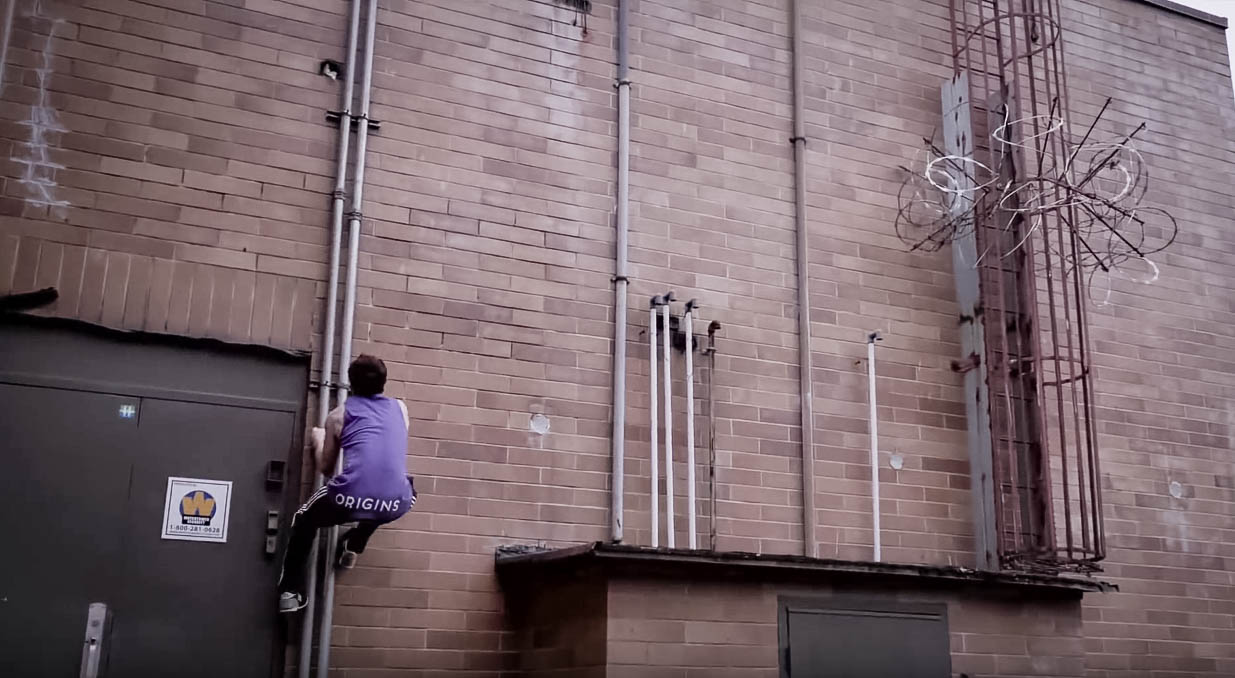 Tom speeding up something.

How does UBC compare to the rest of Vancouver for parkour?

Hands down UBC is my favourite. There is a lot of density there, lots of hidden little spots. There’s good climbing, jumping challenges, rails — lots of variety.

Downtown Vancouver is more spread out, and a lot of the spots are private residences which is a bit of a moral grey area.

Do you run into issues with security or concerned citizens?

I’ve only run into security once or twice at UBC. Usually we are out of view.

I like going on weekends. Holidays are best, the campus is dead. Students either completely ignore us, or they are like “whoa, that’s interesting” and then move on.  More people come up and talk to us when we are downtown vs. UBC.

A lot of the content from the Ascension video is on classic UBC buildering routes. Is that a coincidence or were you researching routes through b.net?

It’s a complete coincidence. Since then I’ve seen some of Andy’s photos, and it’s like, “oh, I’ve done a climb there.” It shows we’re interested in the same spots. Parkour and buildering line up so well together. 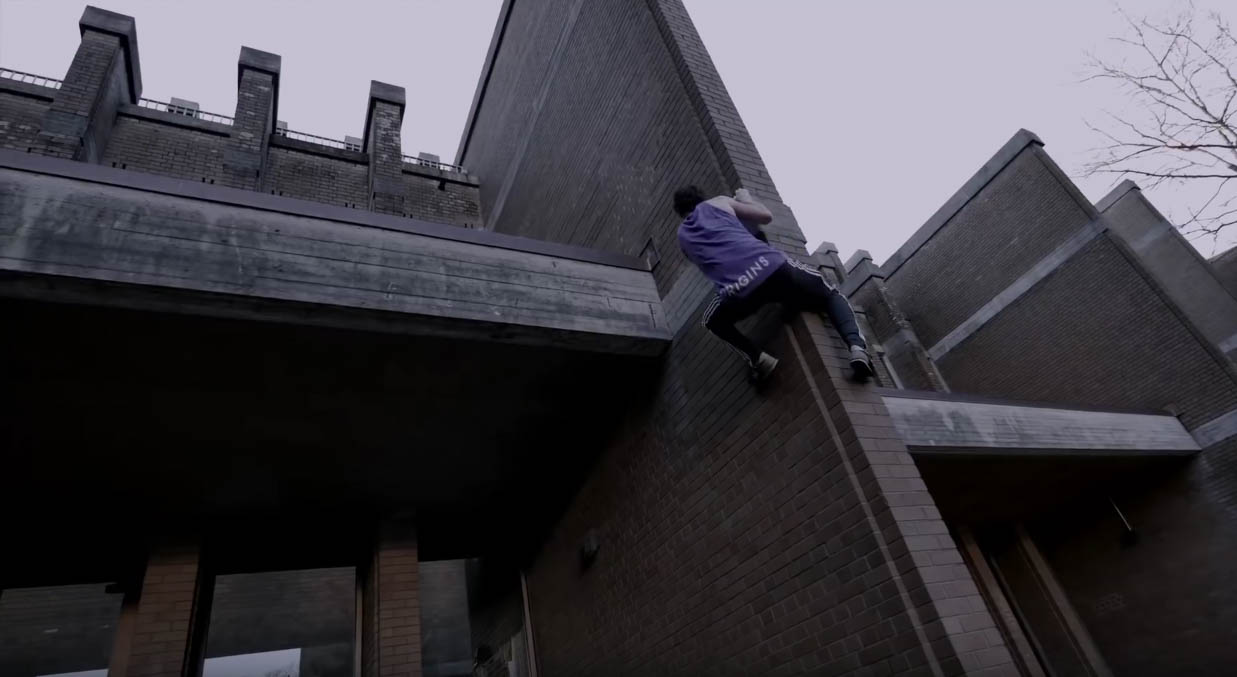 The section of you climbing the Forestry building [1:42 in] is one of the hardest routes on campus. You made it look easy.

That was definitely the most brutal climb in the video. From bottom to top it took me about 45 seconds, which in parkour terms is super long. Parkour is generally short bursts, 10 to 15 seconds for one sequence of moves. A whole run rarely is longer than 30 seconds. Also that lunge for the roof is pretty physically taxing.

When I first found it, we were just looking for a way to get on the roof.  All the cool stuff parkour-wise is up on the roof.

I originally used a to hook to work my way up to the crimp. Then when started filming the Ascension video the toe hook was too slow. I wasn’t sure a wall run would be possible but turns out it works.

The route with the dyno to overhanging muscle up [1:00 in] was also very hard. That one took more tries. I had to figure out how to dyno, keeping my hips into the wall, to maximize the swing — which isn’t a natural dyno motion.

Your climbing-heavy style is unique in the world of parkour. Is that something you actively pursued or did it happen by accident?

For whatever reason when I first started parkour I was really interested in dynos and climb-ups and really wanted to develop it. I suppose someone probably said “hey you’re good at that,” so I kept going that direction. People tend to specialize in what they are good at. As a kid I was always into climbing things.

Parkour, like buildering or bouldering is about modulating challenge and keeping things interesting.

As far as it being unique, I’m not sure why that is. Parkour is supposed to include all of the locomotor skills. That includes climbing, jumping, crawling, running, rolling, swinging — all of the locomotive patterns that get you from one point to another.  I suppose you could say that climbing is a lost skill in parkour right now.  Most people get to some basic level of climb-ups and dynos and stop there. Maybe they’re just drawn to some other aspect of parkour and decide to focus there.

Are people impressed by the climbing in your videos, or are people more interested in jumps and flips?

In the parkour world I think people respect the climbing as it’s an element that hasn’t really been pushed yet. Students at the gym come to us and say they want to improve their ascending ability, which is what gave us the idea for the video.

Outside of the parkour world, there’s always the Spiderman comparison. I’ve heard that said a few times.

Static climbing vs dynamic climbing — do you have any interest in static movement?

For me it’s more about speed. If there’s a way to do it dynamic, I will.

Sure, if something is too easy dynamic then I’ll consider static. Parkour, like buildering or bouldering, is about modulating challenge and keeping things interesting.

Are there movements within parkour that are considered passé or uncool?

The one move that comes to mind is the underbar. It was pretty popular back in 2007, even before that. Over the years it’s fallen out of favour. I suppose it’s harder to push the level of an underbar vs other moves, and an underbar requires a very exact environment to make it cool.

How often are you outside vs. in the gym?

In the summer I’m outside as often as possible. At least once a week if not more. But given I’m working at the gym, I end up spending a lot of time there. Rene and I work out the programming for the classes, scheduling for the coaches, and I take on some private clients if my schedule allows it. 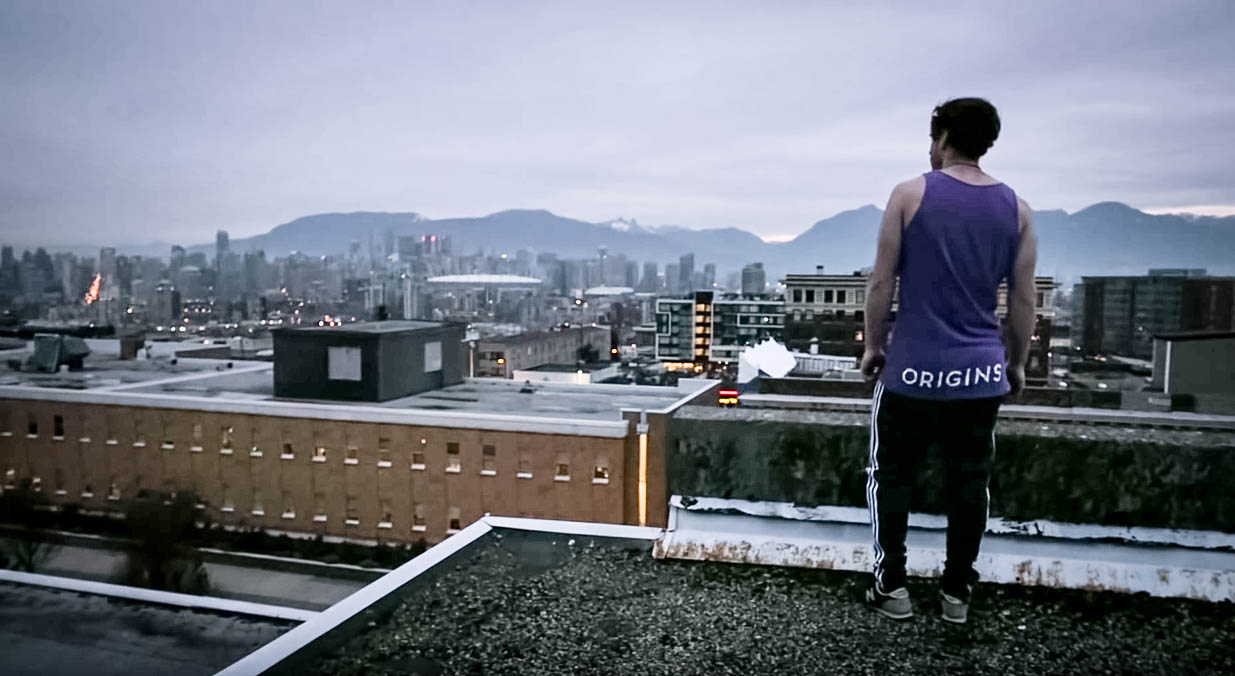 The gym is doing well. Our adult classes consistently have around 20 or more students, and our kids program is massive. We actually have to turn kids away.

We are able to employ around 10 coaches now, and we’re still growing.

Where do you see parkour heading?

It’s getting really flip heavy, which I don’t have a problem with. It’s really incredible what people are doing. At the same time I don’t want to lose the original “getting from place to place” concept of parkour. It’s too cool of an idea to let die. Further developing the methodology behind speed is interesting. Exploring the aesthetics there.

Right now we are pushing this through competition. People have put together some very technical and pretty speed runs. Competition is a good way to experiment with what really works and what is just show.

Rolls for example, they look good and add flow, but when it comes to speed it’s faster to absorb the jump with your legs. The clock is the only thing which doesn’t lie.

We’re always tweaking our competition format at Origins. There’s no international standard and nobody has dialed it in yet. We try to take what people are already doing in the sport and bring that into a competitive format, rather than forcing athletes to do things which aren’t happening outside.

We don’t want to make the sport, we want to reflect the sport.

The gym appears to be an essential part to keeping parkour alive and healthy.

Before parkour gyms existed, the youngest person I saw doing parkour was 13 or 14. Parents don’t want to take their kids to some sketchy downtown area to train with a bunch of adults.

Now there are supervised and safe facilities. We have classes for 5 year olds.

The next generation of parkour kids is going to be freakishly good.

Ard is a Vancouver-based builderer and occasional dabbler in parkour who wishes he could do 10% of the shit Tom does.

Do something rad lately? Tell us about it.