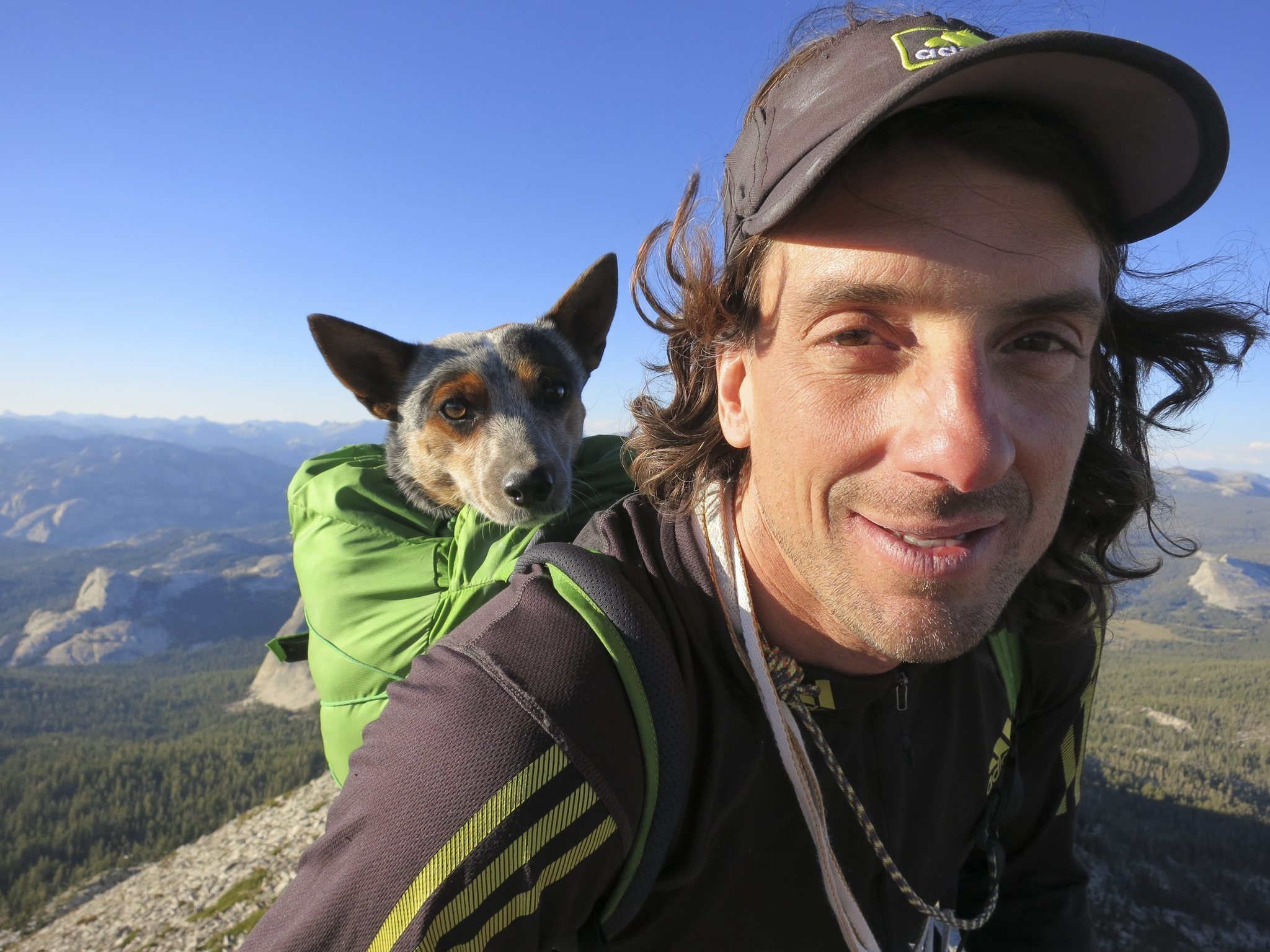 [Update: On May 16th, 2015, Dean Potter and Graham Hunt died in a wingsuit flying accident at Taft Point in Yosemite National Park. As written on the BASE fatality list,

“Coming from a jumper who was closest to both jumpers in this double fatality…they chose to fly a line through what had been nicknamed ‘the notch’. This location is not particularly small, but does require an exit and flight that very few people in the world are capable of. If you have a perfect exit and perfect glide, you will pass over the ridge at around 200ft. If you look at the notch from exit, it looks absolutely impossible, and we used to joke that we would know wingsuits are ridiculous when we can fly over that. Dean had flown through it twice previously, Graham several more than that.”

Dean’s girlfriend was on exit taking photos. Dean exited first with Graham a second or two later. Graham passed dean early in the flight and was setting up on the left side. Graham made a sudden hard right towards the notch for unknown reasons. He passed in front of dean and slid into the right side of the notch where he impacted. Dean made it through the lower portion of the notch to the downhill side, but likely impacted a tree.

Its unclear if graham made the turn intentionally, because he thought he could not clear the upper ridge, to set himself up for a line through the notch, or because of some unknown weather condition. It is impossible to know if Dean was burbled, or was just very low in the notch already. In the best case scenario, this is still an extremely challenging flight. Graham was hyper current and had just returned from a trip opening many exit points in Moab including wingsuiting dragons nest. Dean was very current in the valley as well.”

BASE jumping is illegal in US National Parks. Some friends and fellow BASE jumpers attribute the additional risk of jumping in poor visibility to avoid detection as a factor in their death.

“You go to places like Chamonix or the Lauterbrunnen in Switzerland, where Base jumping is legal and very popular,” says climber Cedar Wright, “and there are fewer fatalities per Base jumper.”

Dean will be missed — by those who he inspired through his amazing talent and feats, and those who were lucky enough to partake in them with him.] 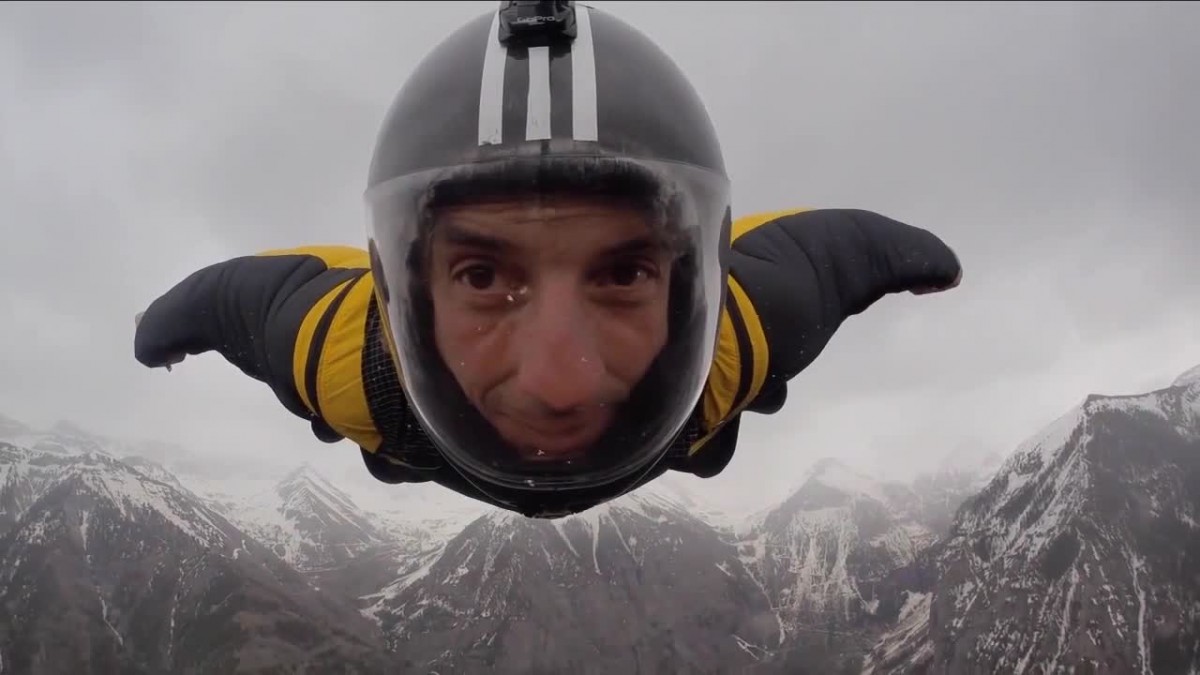 Dean on a wingsuit fly-by for Telluride Mountain Film Festival.

How did you get into BASE jumping?

I learned skydiving with the intention of BASE jumping. I jumped out of planes hundreds of times before I did my first BASE. I still skydive a lot in order to keep my skills up, and to keep the BASE jumping safe.

I never thought I’d enjoy skydiving that much, but I found that I quite enjoy hanging out in a plane with a bunch of weirdos. Now Steph and I schedule little vacations just to go skydiving. It’s way social, way fun, and they accept everybody no matter how weird you are.

Lodi California, it’s the cheapest drop zone in the country.

Yeah, I had a chute malfunction while BASE jumping in the Cave of Swallows, but was able to grab onto a rope to prevent hitting the ground.

[From Dean’s article in Alpinist 9: “As I suit up I notice my BASE rig is slightly damp. A wet parachute is okay because it is symmetrical. Mine is half wet, asymmetrical…Ignoring it, I rush…three, two, one…in a split second things are bad…I look up and see a serious line-twist malfunction. Spinning…my canopy runs directly into the 1,200 foot static line rigged from the top of the cave to the bottom. I grab the 10 mm cord with my bare hands. I’m 300 ft off the deck, … I hear the zipping noise of rapid rope through soft skin. I fight the immense pain…ripping my hands to the muscle…stopping myself.”] 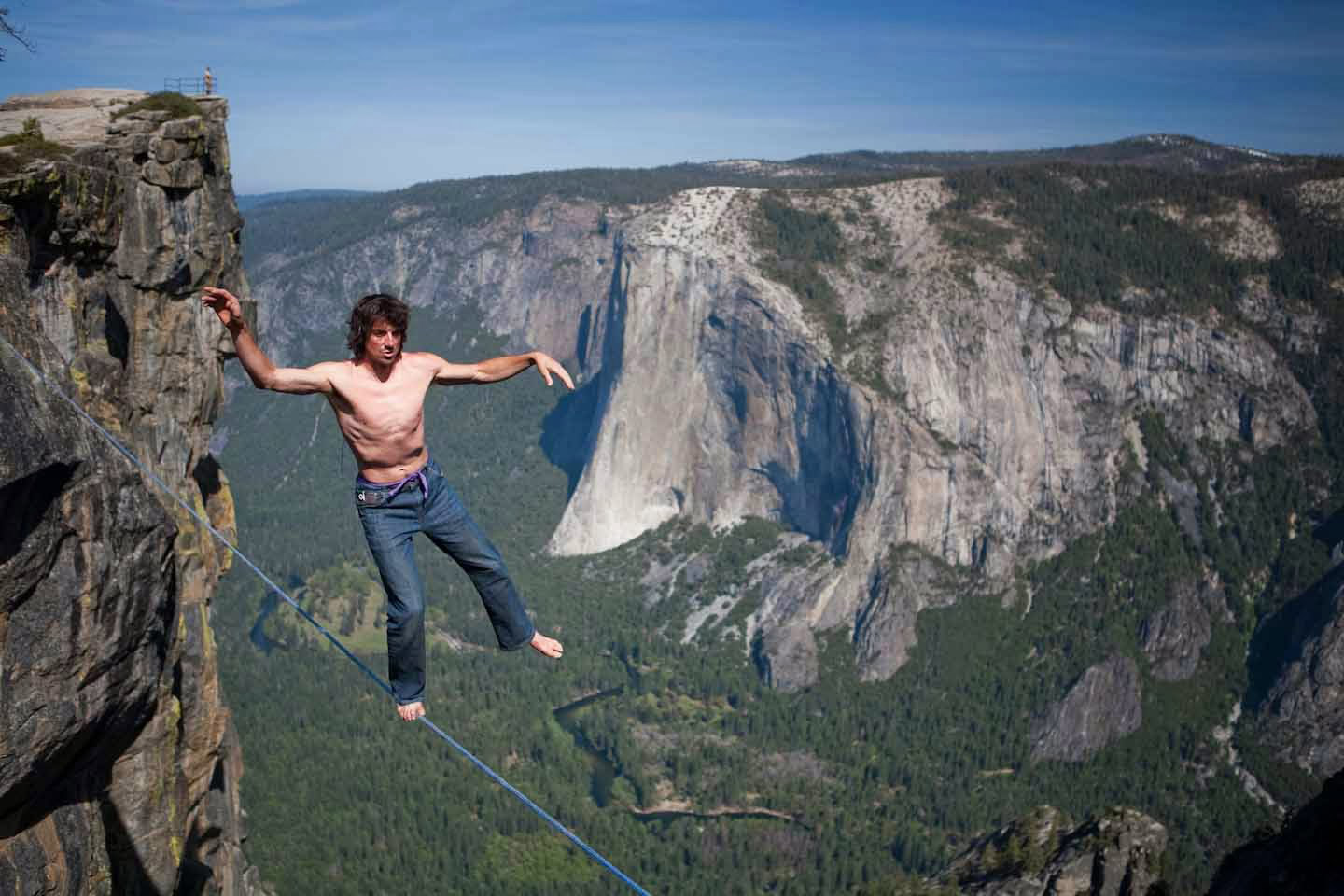 Regarding your tetherless high-lining, Chongo once said, “Dean’s a big strong guy. If he falls he’s going to grab onto that line, and there’s no way he’s letting go.”

That’s pretty much the truth of it. The slack-line is the biggest jug ever for a climber. It’s quite scary being out there unattached, but I feel quite confident that I can grab the line if I fall. I don’t grab it with my hands though, I grab it first with the back of my leg and then my hands. So it’s a whole body catch.

I practice it a ton, and that’s the only reason why I can go out there leashless.

In your Aerialist movie there’s a scene where you fall, spin around, and end up sitting back on top of the line.

Yeah I don’t know how it happens, but it’s like a special move I have. People often think it’s a trick. I’ll fall and people will say “cool trick dude,” but it’s not on purpose, it just kind of happens.

What do you use to rig your high-lines?

I used to use webbing. I’d use three pieces taped together, with each piece on a separate anchor. It’s also not a bad idea to tape a climbing rope to the underside, which isn’t under tension. 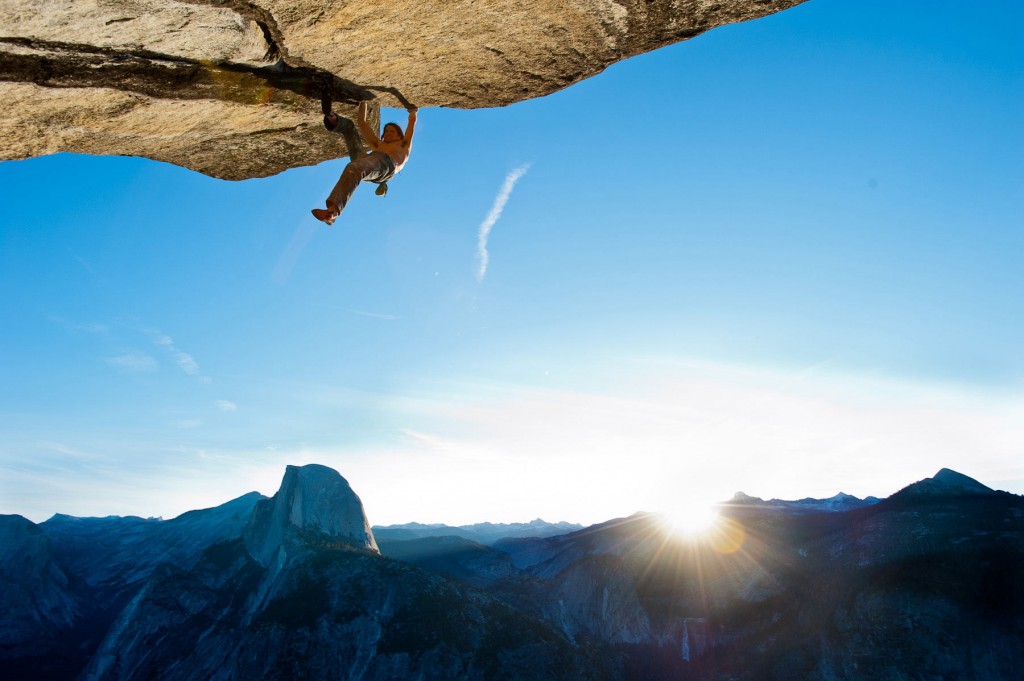 What’s the history behind slack-lining?

Part of the reason slack-lining took off was because of Chongo. Chongo was the first person I know who wanted to give away the techniques of slack-lining. He didn’t want to be the only one standing on it getting all the attention. He would say, “anyone can do it, let’s party”!

Have you kept in touch with Chongo?

Yup, he has a cell phone — pretty posh for a homeless guy. Now he lives under a bridge in Sacramento with a bunch of other homeless people, and hangs out at a climbing gym. He’s a lot skinnier now that he doesn’t get handouts from the Yosemite Concession Service, but he’s healthier than ever.

We tried to hook him up with a job, but Chongo doesn’t want to work. He seems to like the homeless man lifestyle. He’s in his mid 50s, likes what he’s doing, and just keeps studying and writing about physics. 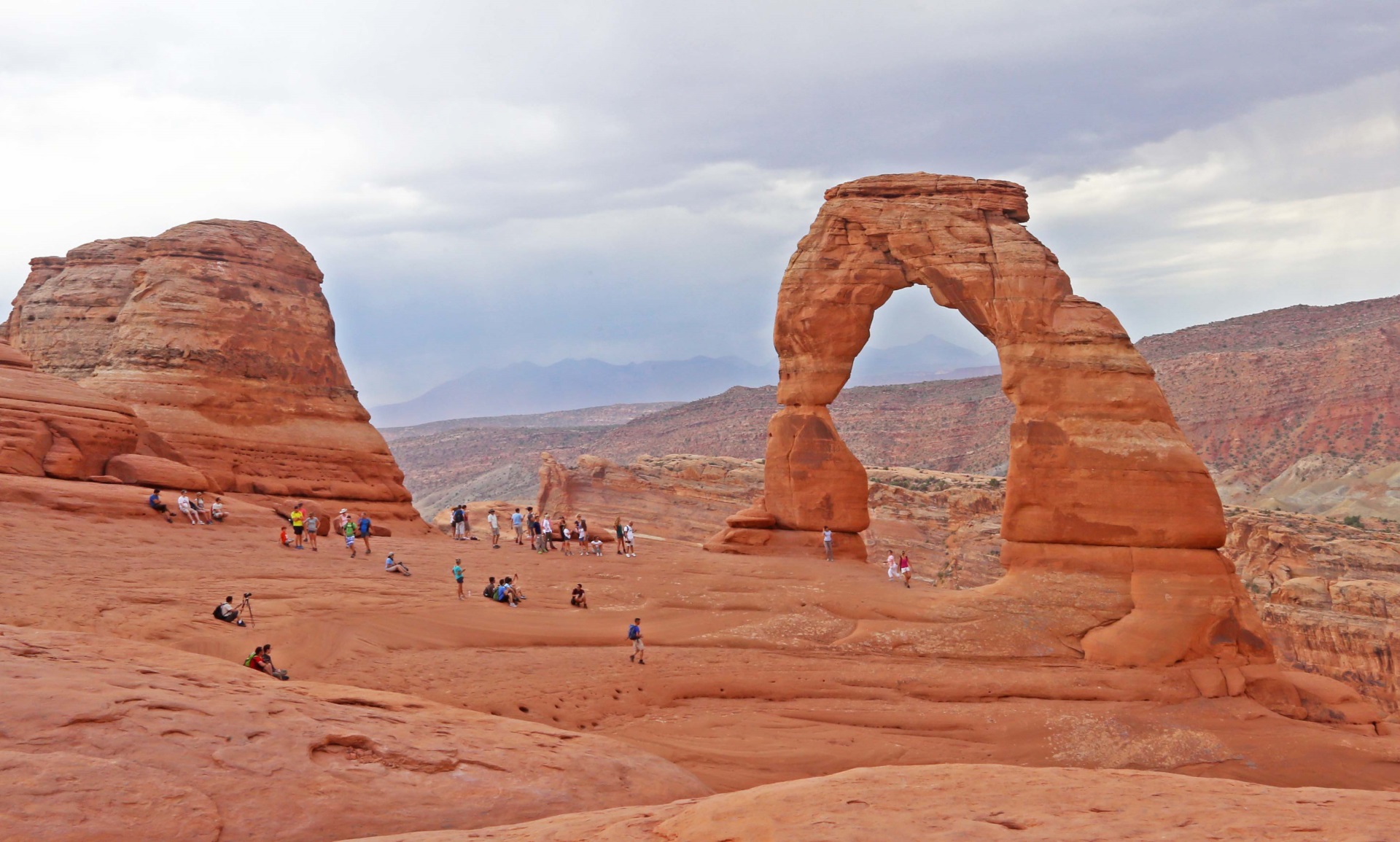 On May 7th, 2006 Dean Potter solo climbed the Delicate Arch in Utah. Some felt this to be sacrilegious, as the arch is considered a symbol of Utah’s wild beauty.

You generated quite a bit of controversy with your Delicate Arch climb in Utah.

Yes, that was unexpected. A lot of people took notice of my climb because it’s the arch on the Utah license plate.

I treat all my climbs with the utmost respect and did not damage the rock. I’m sorry for the controversy it generated, and the loss of access for local climbers due to the changing of the rules.

What are you thinking about when you are free soloing?

Did you take part in any of Dan Osman’s rope swings?

I did one jump with Dano and that was enough. Something just didn’t feel safe to me, it didn’t seem redundant enough. I don’t know why, I mean I jump with a single canopy when I BASE jump. It just seemed like he was using the gear in a way it wasn’t intended.

I was part of the rescue party the day he died.

Do you ever builder?

Usually if I’m climbing buildings it means I’ve had too much to drink and I’m just hell raising. I’d think I’d be more into Parkour — there’s a bunch of moves that I’d like to learn, but I’m too lanky for some of the flips.