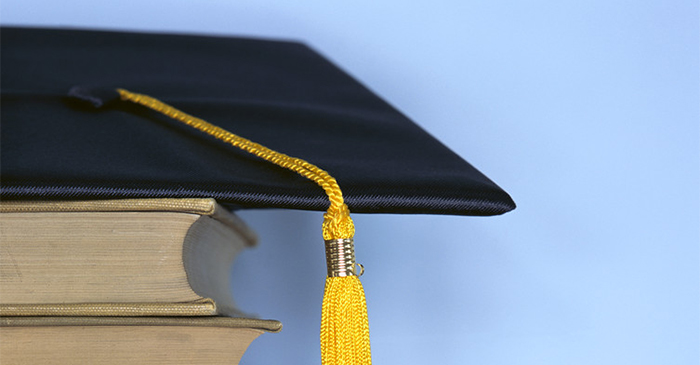 Long time no squeak, how do? Been watching over the site lately, loving all the photos man. Glad your still doing your thing, and well. ;o) If you don’t remember me my name is sticky, I have been good friends with Kiell for a good few years and I’m part of urban freeflow. The reason I suddenly contact you now is that I need some answers of you. I am currently writing a dissertation based on how people adapt to the city and how the city adapts to humans and was wondering if I emailed you over a handful of questions you would be able to email some answers ? I really respect your opinion and know that you know exactly what your talking about when it comes down to buildering. I would really appreciate this, and it would not take longer than 5 minutes.

Hope to hear from you soon bro,

Climbing on buildings. Whether it be super-tech-low-to-the-ground stuff a la bouldering, or be it soloing skyscrapers a la Alain Robert, its all buildering.

What buildering is NOT, is Parkour. Sure there’s some overlap, but to differentiate: imagine a 9 ft wall. Someone who’s into Parkour is probably going to run, kick off the wall and grab for the top (360 spin optional). A builderer is going to examine the little micro features of the wall, and use them to climb to the top. They might even sit on the ground to start to maximize the difficulty and number of movements.

How long have you been buildering?

For 12 years, but that’s a little bit like asking “how long have you been walking?” 5 year old kids climb buildings. I regularly climbed the roof of my kindergarten school to look for lost soccer balls.

Who are you in the buildering world?

I run buildering.net. I cause weeping and gnashing of teeth for all French websites. Beyond that, I am nothing. An average climber who aspires to be above-average.

How often do you hit the streets?

Do you train by yourself mainly or with a group?

A group of us meets every Tuesday.

If you train a lot by yourself, why do you?

I used to climb a lot by myself, like every day, but then life got in the way.

Same goes for if you train in a group, why do you?

These days I’m mainly acting as a guide, hoping to pass on the knowledge and skills to a new generation.

What first initially got you into it? What started this journey for you?

Coming from skateboarding I’ve always been into the solo, non-competitive sports. Jocks were, are, and always will be douchebags. I did everything I could to separate myself from mainstream sports.

Plus I was always a bit of an adrenaline junkie, so climbing was appealing. Once I learnt how to rock climb I took that knowledge to buildings.

What or who inspires you?

In the world of buildering there’s Alain Robert and then there’s everyone else. He’s a madman. What really keeps me interested in buildering though being able to work on a problem and stick something that initially was impossible. It’s weird, it’s not so much that you are getting physically stronger as it is that you are training your body to work a certain way. After running a few laps on something it becomes almost effortless, requiring way less physical strength than your first attempt.

Plus there’s the satisfaction of finding something great, a classic route that to 99.9999% of everyone else is just a doorknob, or archway, or whatever.

Do you feel it acts as a kind of escapism? Is it a way of relieving stress? Any information would be appreciated.

The single-mindedness of it is somewhat appealing for sure. I wouldn’t call it escapism though. World of Warcraft is escapism. Buildering is a very real, tangible experience. The tactile response, body awareness, it’s all very real and focused. It requires inventiveness and imagination in spotting new lines, which is a very rewarding process.

As for stress relief, there’s not much in my life that stressful. I can’t think of one damn thing. I suppose I’m pretty fortunate.

What has been the hardest thing to learn about buildering?

What have you found easy about buildering?

Not dying. My mind works very logically when it comes to assessing danger, placing adequate gear, etc. Sure sometimes I’ll solo things in which falling equals death, but it’s a calculated risk — the route is so dialed it’s like driving and having to keep it between the yellow lines in order to stay alive, i.e. effortless.

What sorts of reactions have you had from people when they have seen it? Annoyed that you are doing it? Encourage you? Think of places you have been and times you have trained and people have come up to you or shouted at you.

The standard “get down from there”, “I’m calling the cops”, “this is private property” stuff. I had a lady try to make a citizen’s arrest on me once. She demanded my name, I told her “Boner KMart.” She asked for my ID, I refused. She tried to grab me, I laughed and ran away.

I can be the hugest asshole or the nicest guy in the world, it all depends on what you are bringing to the table.

I am not afraid of security guards with their stupid little cell phone and walkie talkie. If I think they are calling the cops, I’m out of there. I generally respect cops and their role within society. On a whole they are much more understanding and chill than security guards and hysterical citizens.

Some people are cool though. Last week an old bum saw us and joined right in. He climbed barefoot. He had shoes, he just figured barefoot would be better for some reason.

How much of an integral role has the Internet played in getting in touch with builderers or learning the skills?

Not as much as you’d expect. I’ve connected with a few people online, but for the most part the buildering community here in Vancouver is a tight knit group of people who’ve met through other related activities like rock climbing.

Most events, although publicly advertised on buildering.net, don’t see random people attend who’ve only heard about it through the website. Of course buildering.net isn’t superhotwebsite.com, but something tells me that even if it were, buildering as an activity is too niche to pull the internet randoms away from their screens.

As for learning, the best way to learn how to builder is to take up rock climbing, for which there’s plenty of resources.

Do you think people have stereotypes of people who practice Buildering? If yes, what kind of stereo types?

Maybe a bit rebellious, a bit nerdy? I don’t think there’s enough builderers for there to be a stereotype. I do my fair share to project the “asshole” stereotype. It’s certainly not a loving, supportive, cuddlefest on the website. Most people finding buildering for the first time are kids, like early teens, and they asking the stupidest fucking questions. I like to take advantage of the humour in that.

What do you think people don’t understand about someone who does Buildering? We need the environment not to be damaged more than anyone else, are not vandals, etc..

That we aren’t robbing the place. Buildering equals cat burglary in many peoples minds — I’m not sure why. If I wanted to rob a place, I’d break down the back door, not scale onto the roof. I think people have been watching too many heist movies.

What kind of person does Buildering ?

People in suits piss me off. They anger the hell out of me as they assume we are some kind of group who are ready to knife people. Also people who just stand on escalators waiting for it to take them up or down pisses me off. Are there certain types of people in the city that annoy you?

I am ready to knife people. I also stand on escalators. In fact, once the escalator broke when I was halfway up and I was stranded for four hours. I am planning to litigate. Class action lawsuit with plenty of high power lawyers involved.

Have you lost friends over buildering, why?

Not friendships, but I’ve got friends who won’t go buildering with me any more. A few of us got busted trying to swing off a crane — and I think it scared them enough to never head out again.

I have no idea. I climb things that look appealing. I just assume everything is private, everything is trespassing, and everything has the same consequence if you are busted. Everything is owned by somebody. Is the UBC Campus public property because it’s a government funded university? I doubt it. They have the right to ban you from their property like everyone else.

That said, I do try to avoid climbing apartment complexes with balconies. Banks are out as well, for obvious reasons.

In terms of indoor climbing how does buildering compare?

It would really help my dissertation if you could list the pro’s and con’s of indoor climbing vs. buildering.