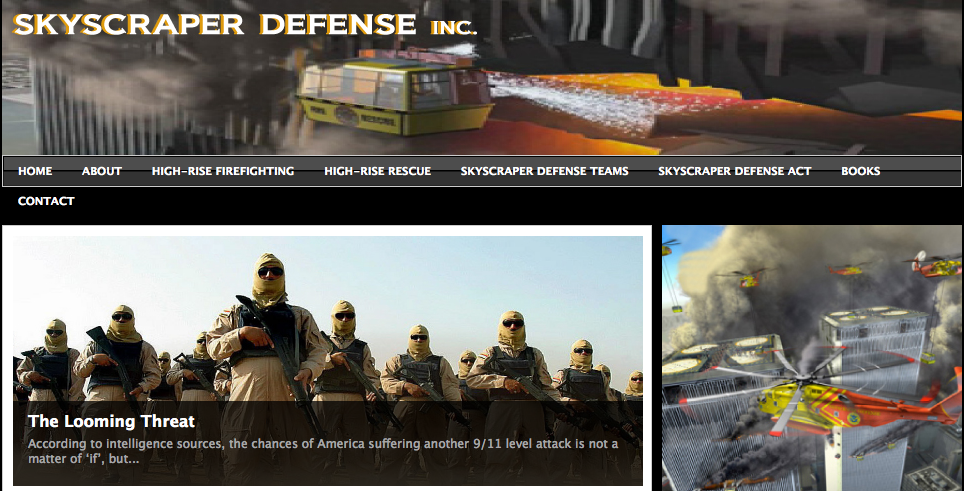 My name is Dan Goodwin, a.k.a. Spiderman, SpiderDan, the Human Fly. Back during the early eighties, I gained notoriety for scaling many of the world’s tallest buildings, such as the World Trade Center , the Sears Tower , the John Hancock Center, and the CN Tower in Toronto, Canada.

My life-saving motives began when I witnessed the tragic MGM Grand fire on Nov 21st 1980, when 84 people lost their lives. At the time of the fire, while people were leaping to their deaths, I attempted to assist the local fire teams. Unfortunately, because I wasn’t a fireman, I was told my rescue ideas, which stemmed from rescue techniques used on thousand foot cliffs, were not applicable for rescuing people in towering infernos. Not surprisingly, most of the media coverage during my ascents was focused more on my achievements, or my near death experiences, than the actual reason behind my efforts. Often times I was labeled an alarmist, because I was trying to warn the public (more than twenty years ago) that it was just a matter of time before terrorists started targeting our towering skyscrapers. I was told it would never happen in the United States.

But now that it has happened, I feel that it’s my moral obligation and duty as a citizen (especially after hearing both you and the President ask for our assistance), to offer my skills to the people of United States.

I would like to begin by purposing a bill to the United States Congress called the Skyscraper Defense Act. This bill would fund the creation and training of super elite rescue teams in each major city of the United States, similar to SWAT teams, only focused on towering skyscrapers. These teams would be capable of rescuing people from the exterior of a burning skyscraper, using specially designed equipment in conjunction with hovering helicopters, cables, and fireproof gondolas.

The Skyscraper Defense Act would also train elite military forces how to scale buildings in the event a group of terrorists seized control of a towering skyscraper, and the only way of launching a counter-attack is from the exterior, like the 30th or 88th floor.

Finally, the Skyscraper Defense Act would require all high rises to provide a fireproof blanket or suit, and an oxygen mask for all tenants of the building, much as it is required for all commercially flown airlines to provide oxygen mask. And, it would require the building owners to retrofit equipment on the interior and exterior of the building that would enable rescue workers to attach cables. These cables would provide a vital link to hovering helicopters or adjacent buildings so that rescue baskets or fireproof gondolas could evacuate the victims trapped inside.

As a patriotic American, I would be honored to assist your quest in defending this great nation. I offer a fresh and new perspective that could potentially save thousands of lives. I look forward to the opportunity of serving my country in its time of need. 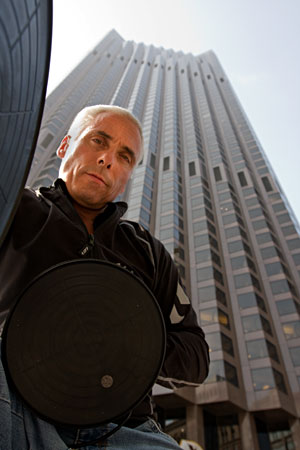 You’ve got my vote Dano. An elite buildering rescue team? How cool is that. We could carry machine guns and have a utility belt full of ultra-secret batmanesque gadgets.
I’ll head up the Canadian division, a ragtag group of hardworking individuals, known for “gittin ‘er done”. Although we’ll have limited resources compared to our big brothers to the South, we make up for it with raw talent and determination.

But seriously though, Dano IS serious. Check out his website www.skyscraperdefense.com, and yes he is recruiting.