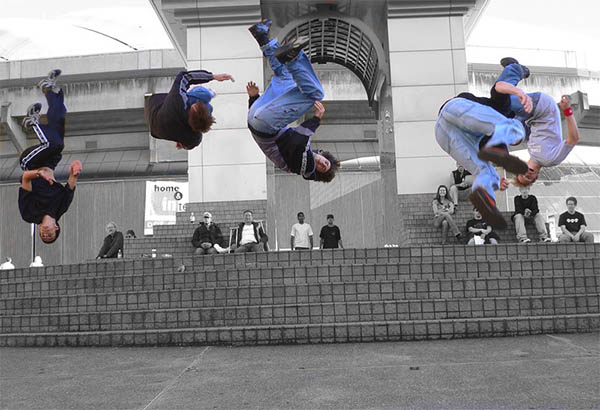 After not having a jam in over a month, and being the only blue-sky day in weeks, it’s no surprise that we had over 30 traceurs show up for this event.

Our presence didn’t exactly go unnoticed, but hey we were such a large group that security guards were scared to approach us. At BC Place Stadium, one security guard watched warily as we did our thing. He radioed in for another guard, who radioed in for another, and it wasn’t until there were five of them that they got the nerve to approach us. By that time they had watched us long enough to realize that we weren’t doing any harm, so they simply told us to “play safe”. I’m sure if it had been the same situation with just a few traceurs, that we would have been asked to move along within the first couple of minutes.

So yeah, there you have it – I can go for a stealth rooftop run any day, but it’s only on jam day that we get to have a PK party and take over. 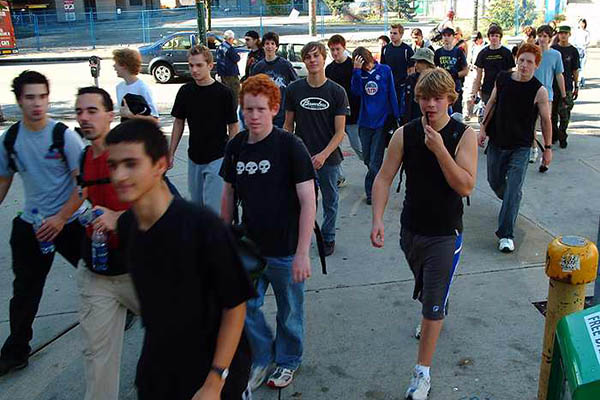 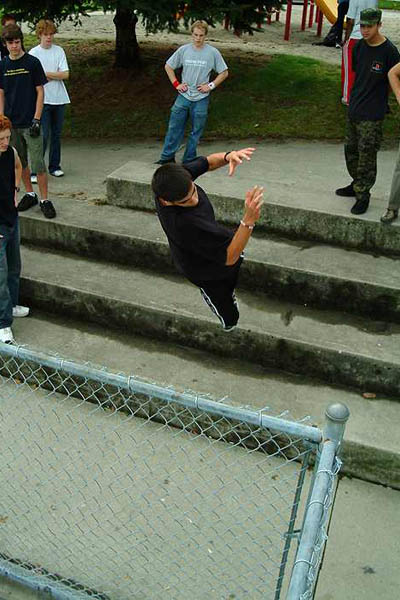 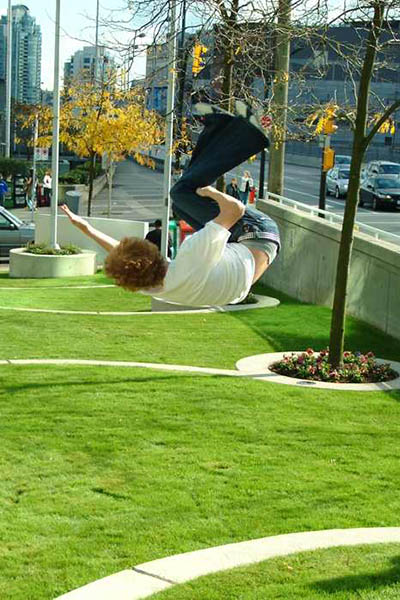 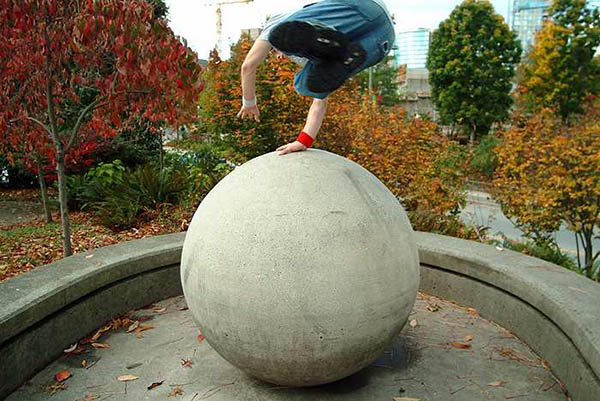 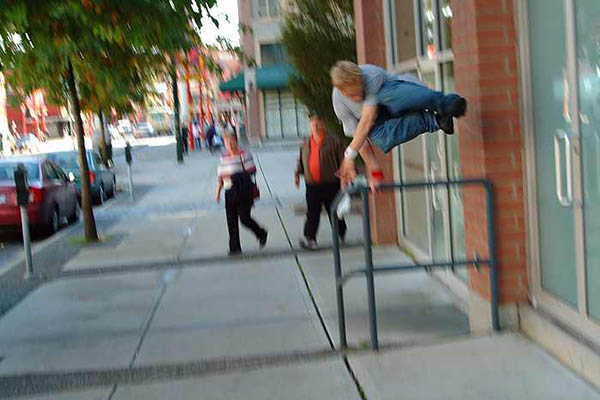 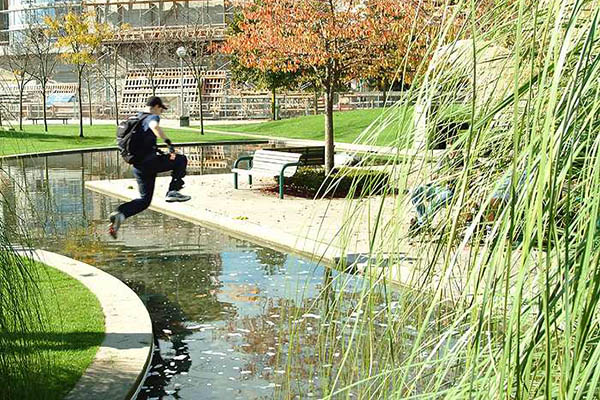 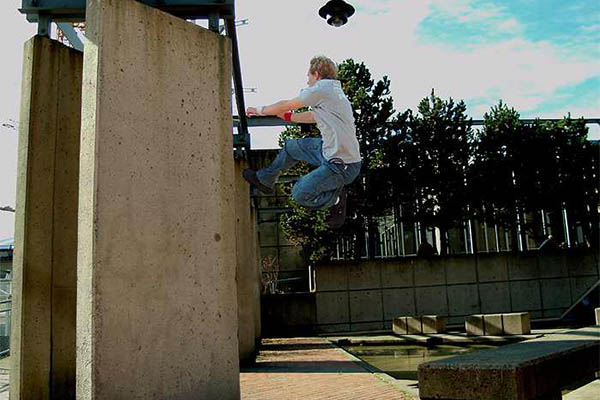 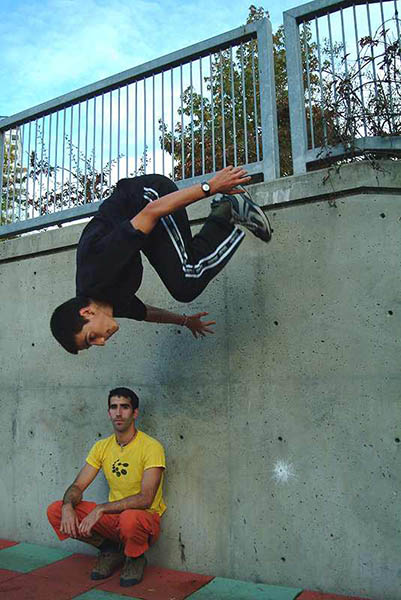