This year’s comp was number 10. That’s 10 years of UBC officially sanctioned competitions*.  Thanks to all the adventurous people who have attended over the years — those who’ve been out only once, and those who’ve stuck with it throughout the years. It’s been great fun organizing these things. Each has been different, but no duds. Some were shut down prematurely due to “the law,” but not before we had at least an hour of play time. Some went late into the night, much after the official routes were completed and beer was had.

Not to get too sentimental and very un-Ard of me, but I most appreciate the friendships formed over the years. Some have come and gone, some endure. I hope I haven’t pissed too many people off with my jibes and occasionally poorly executed attempts at humour. Fuck you pussies, grow a pair.

This year the group consisted of buildering regulars Greg, Grant, Meghan, and some new friends Nate, ____ (sorry forgot your name), and soon to famous Marc-Andre Leclerc. Grant hinted to me that Marc-Andre was seriously rad, but it wasn’t until about six months later that this sunk in after I started reading about his rock-climbing accomplishments. [update. check out: http://www.alpinist.com/doc/web13x/wfeature-leclerc-squamish-chief-solo ]. He certainly did climb buildings well — completing all the routes for first place.

The routes themselves were varied and challenging, even Marc-Andre had to take a few goes at a couple before sending. The fabulous Buchanan “Agora of the Arts” Arete was the centerpiece. Thank you UBC for creating such a great route — atypical of their standard “tear down concrete, replace by glass” approach to campus renovations.

All said, number 10 was an intimate outing with the coolest people on earth. I look forward to many more events in the future, keeping buildering alive at UBC, ’63 to infinity.

*As in not at all officially sanctioned. 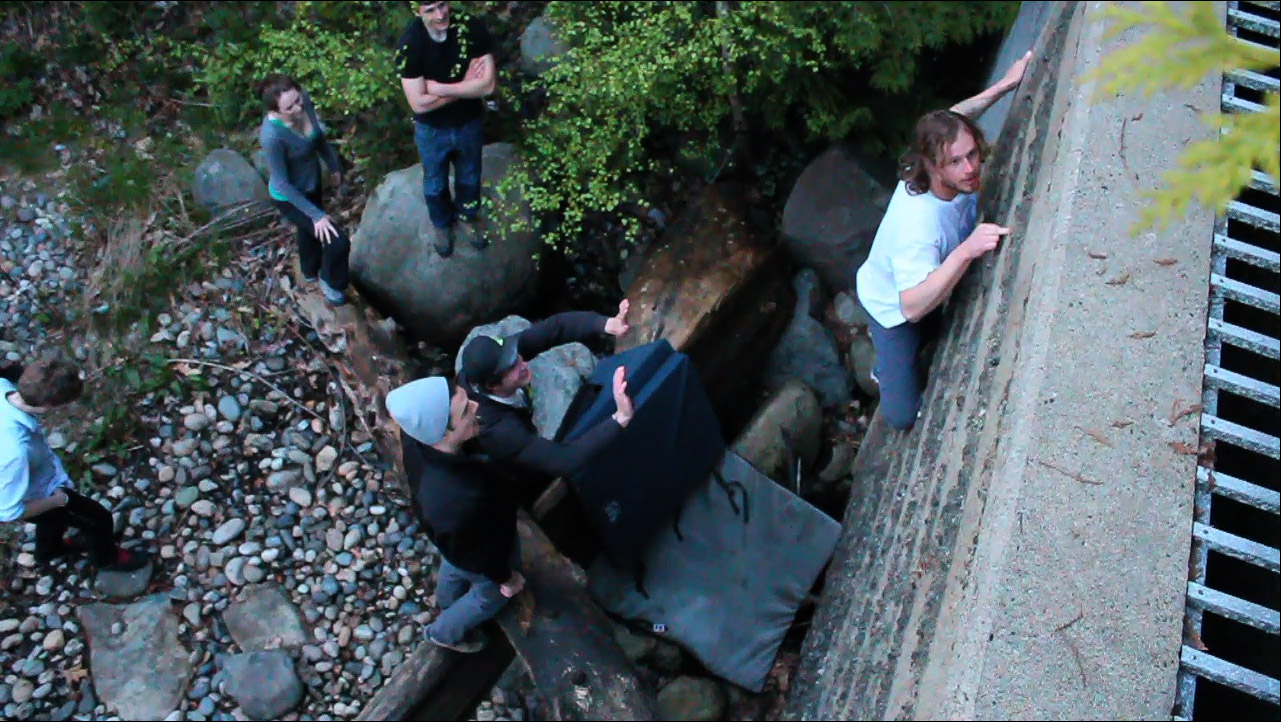 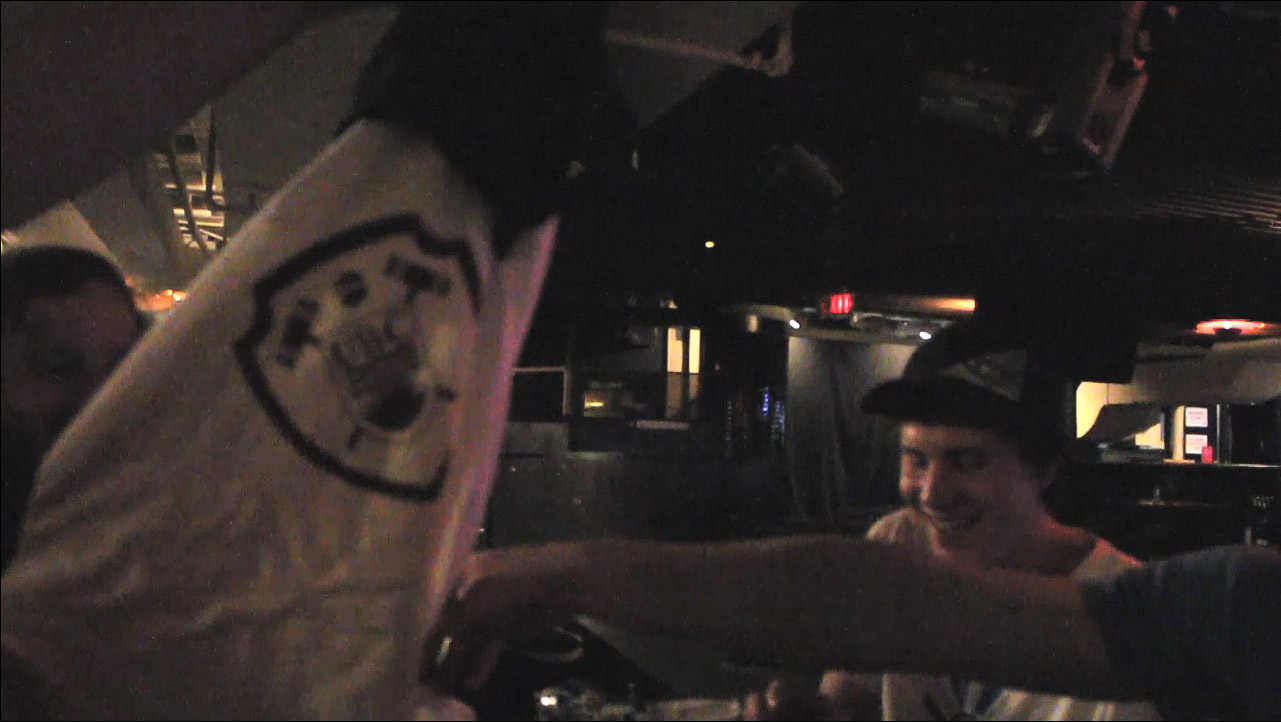 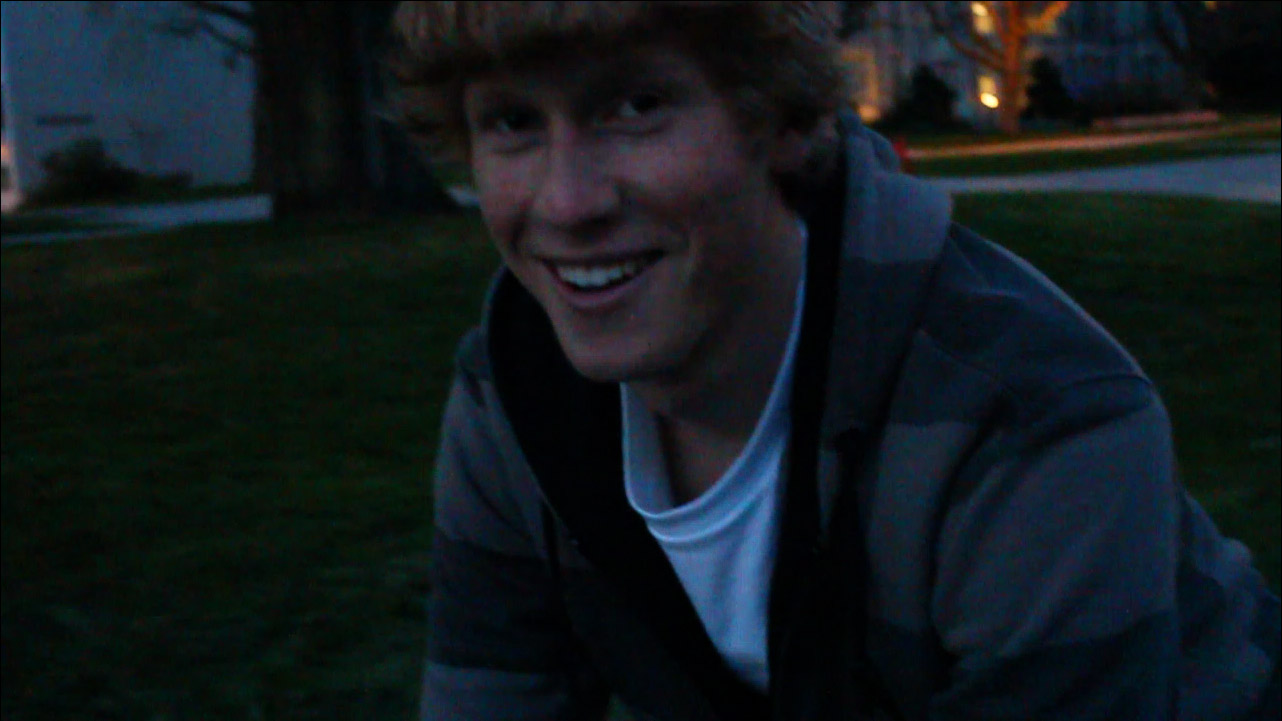 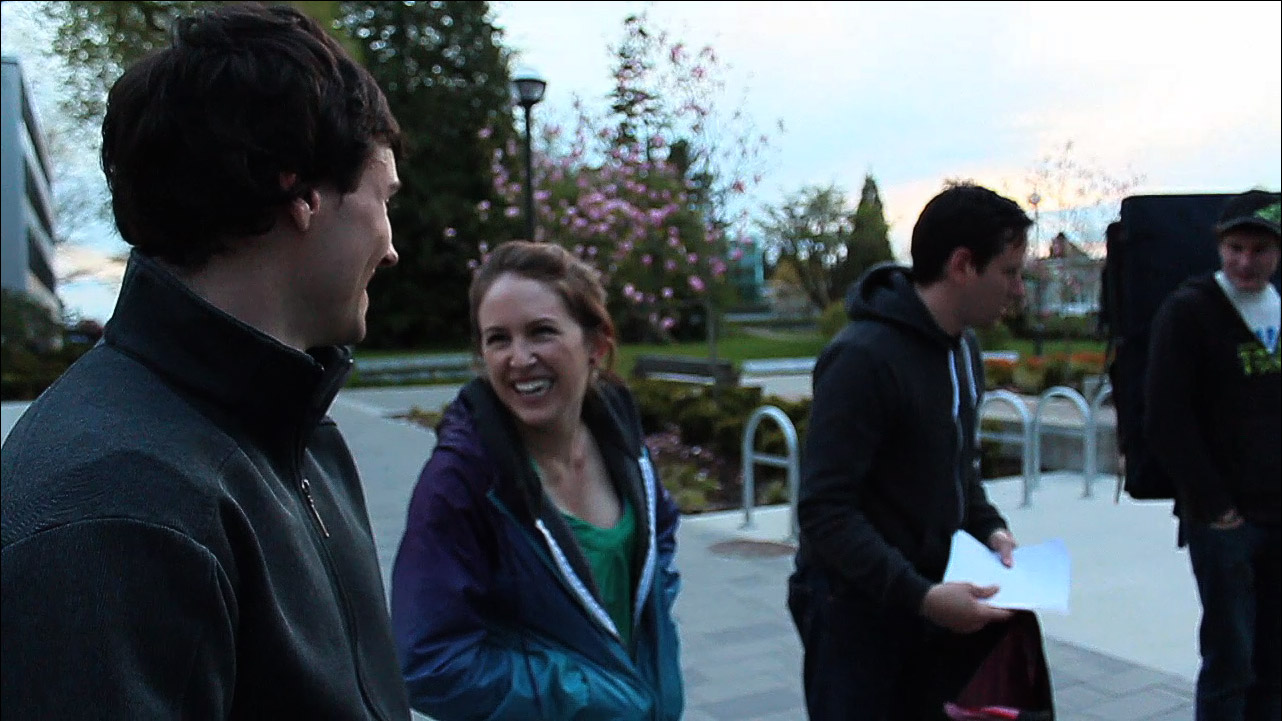 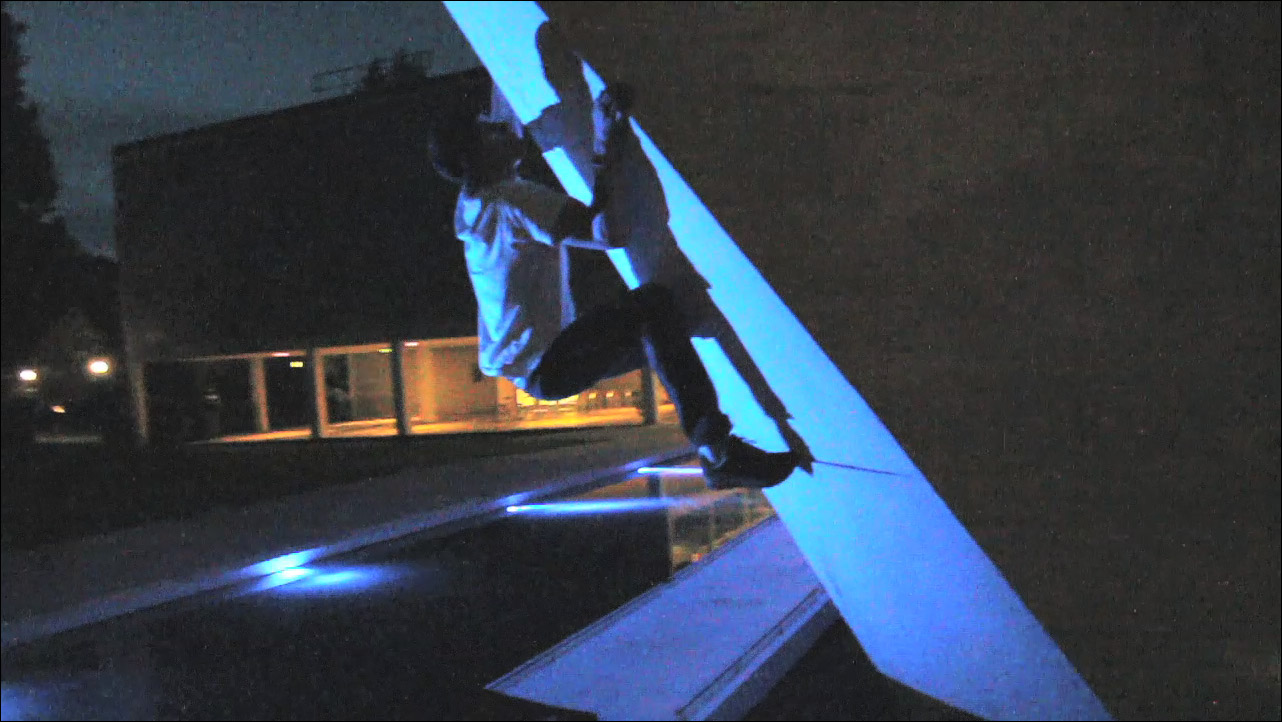 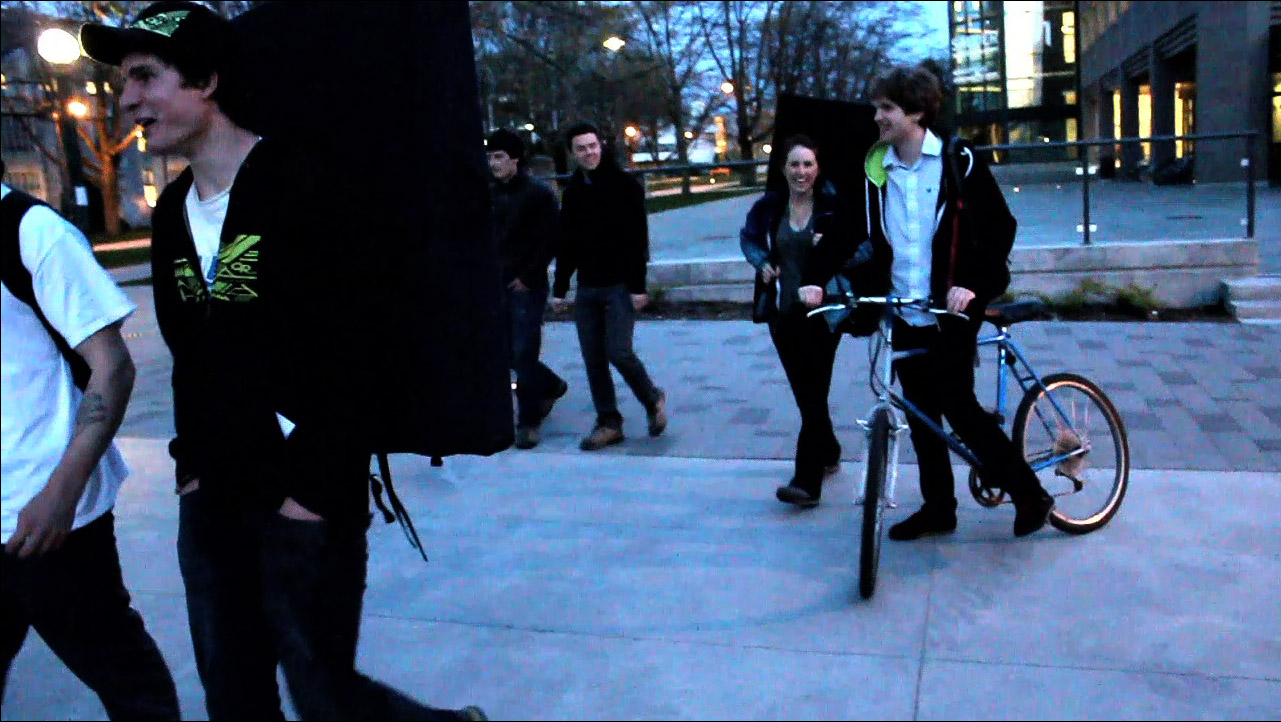 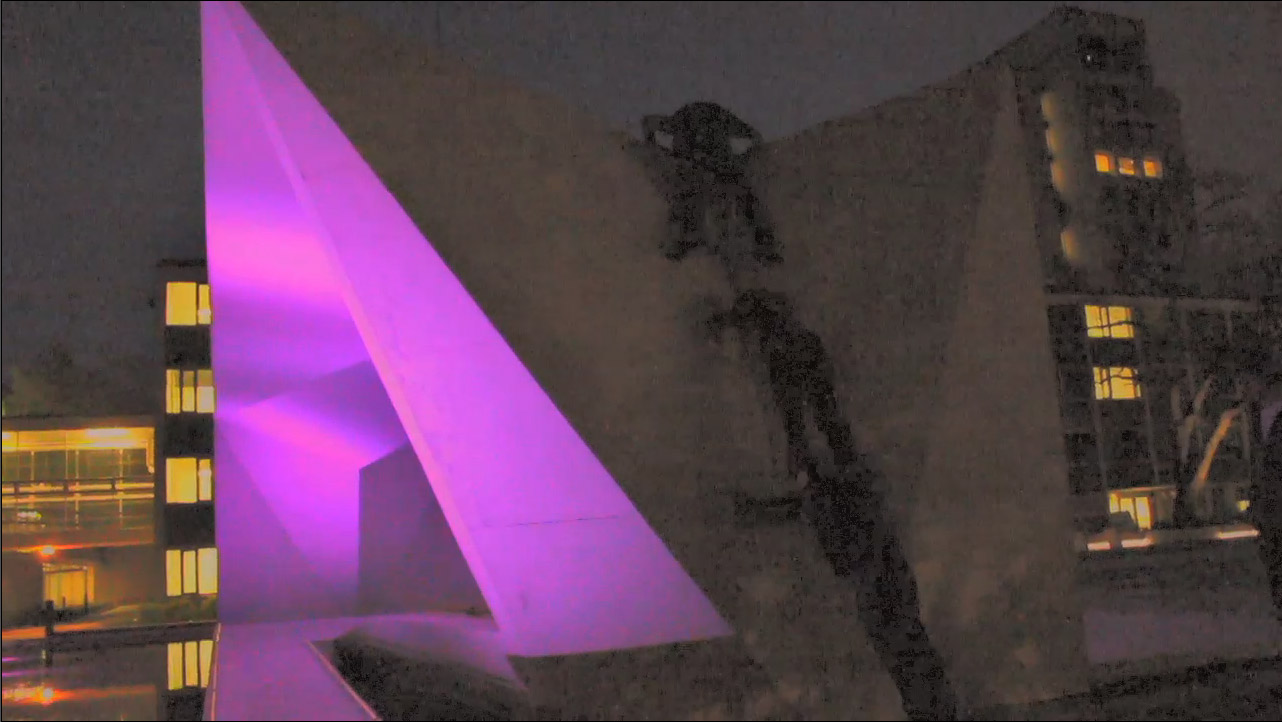 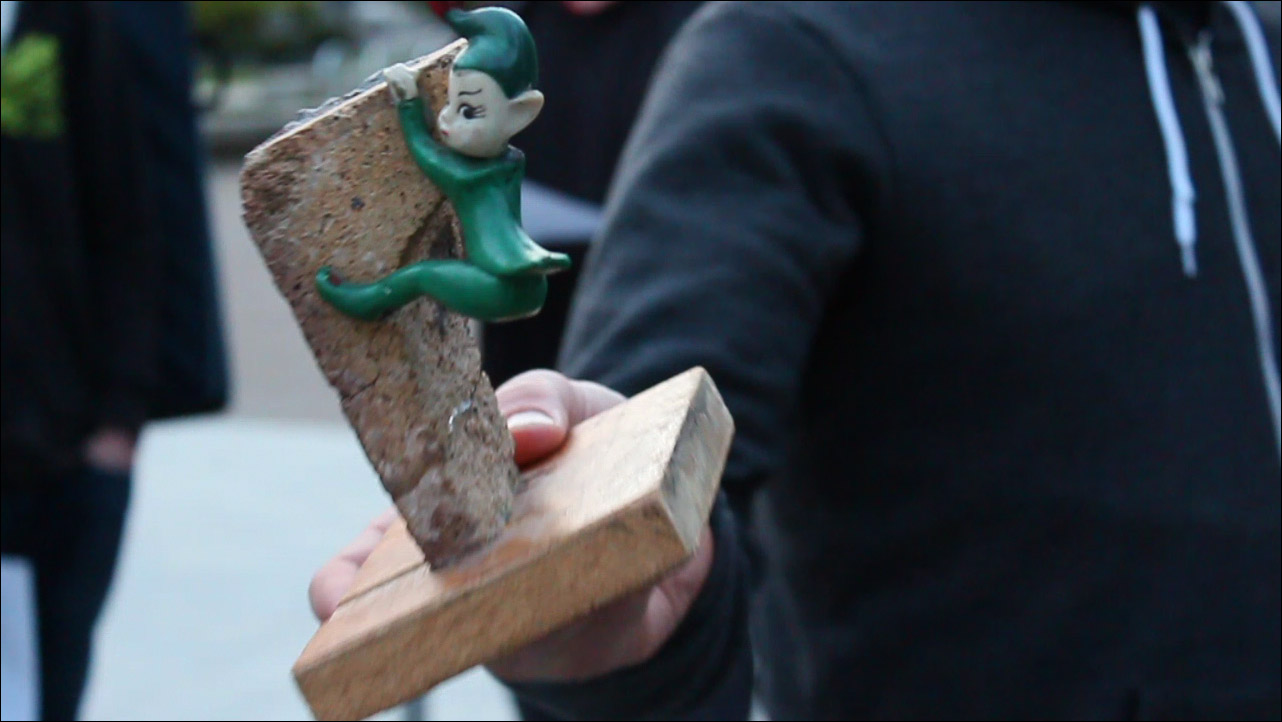 Green Gnome filling in for Spidey. 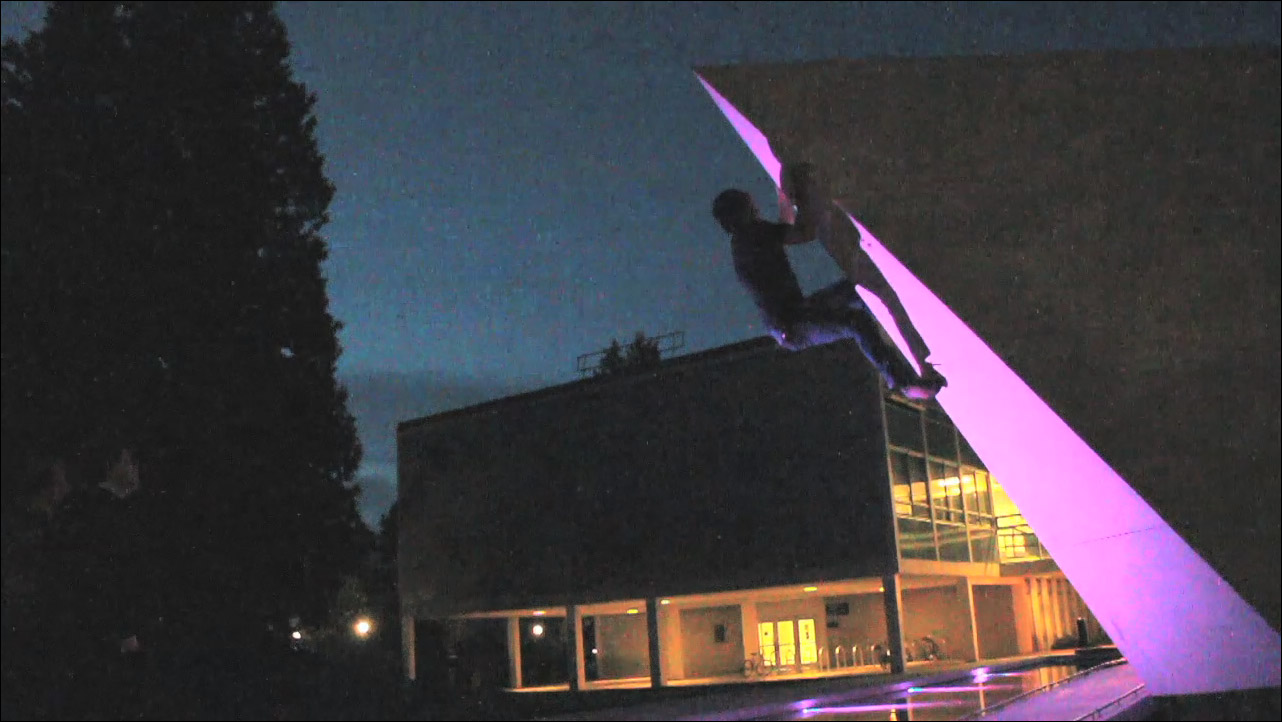 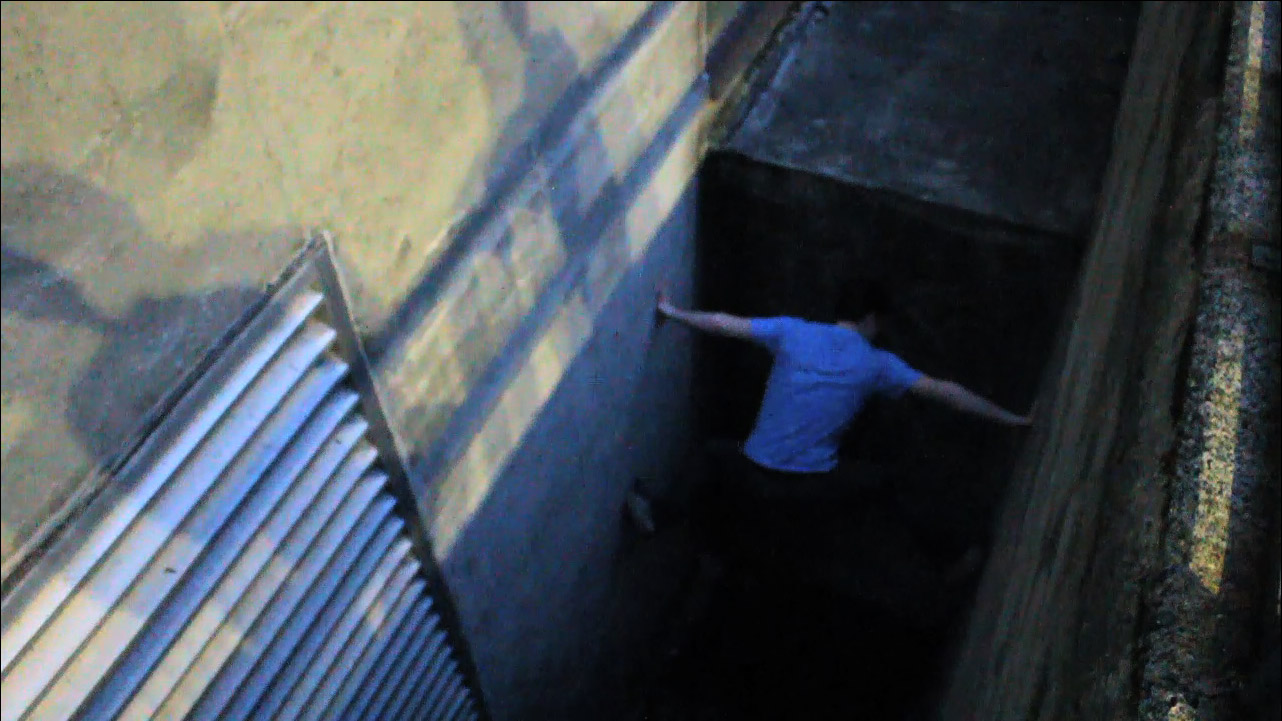