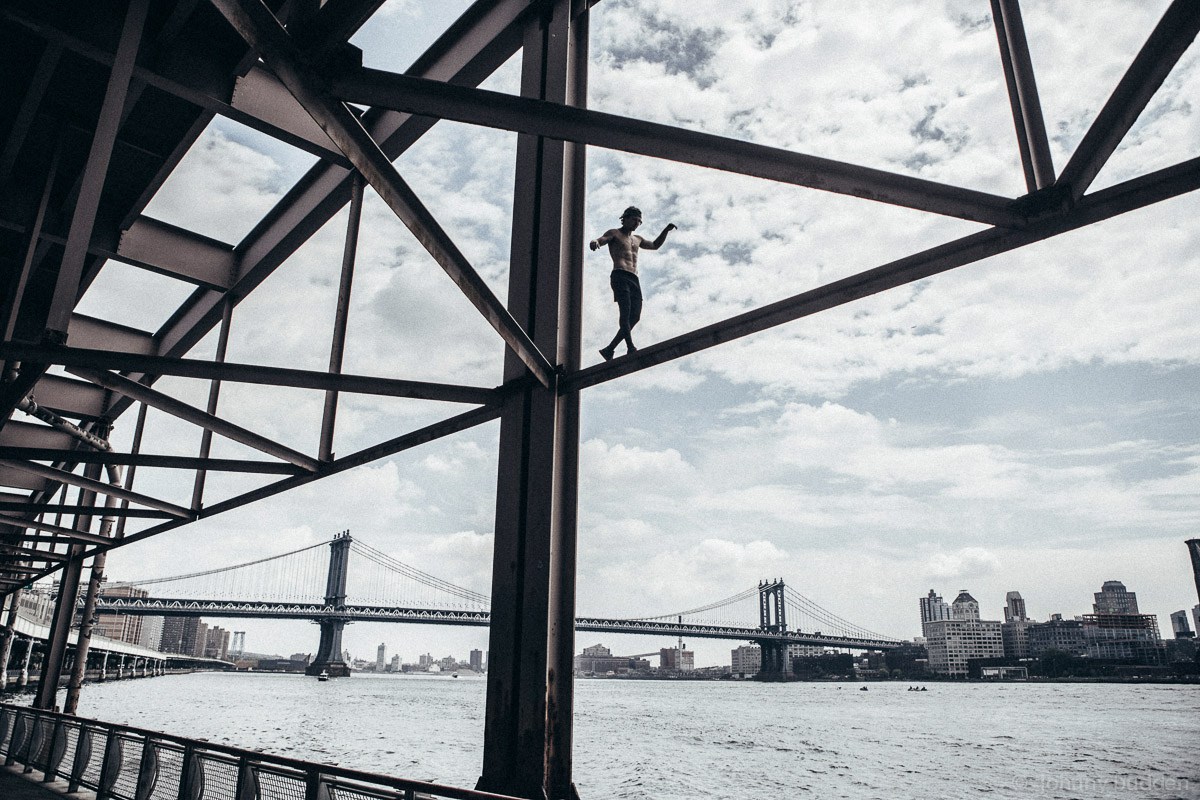 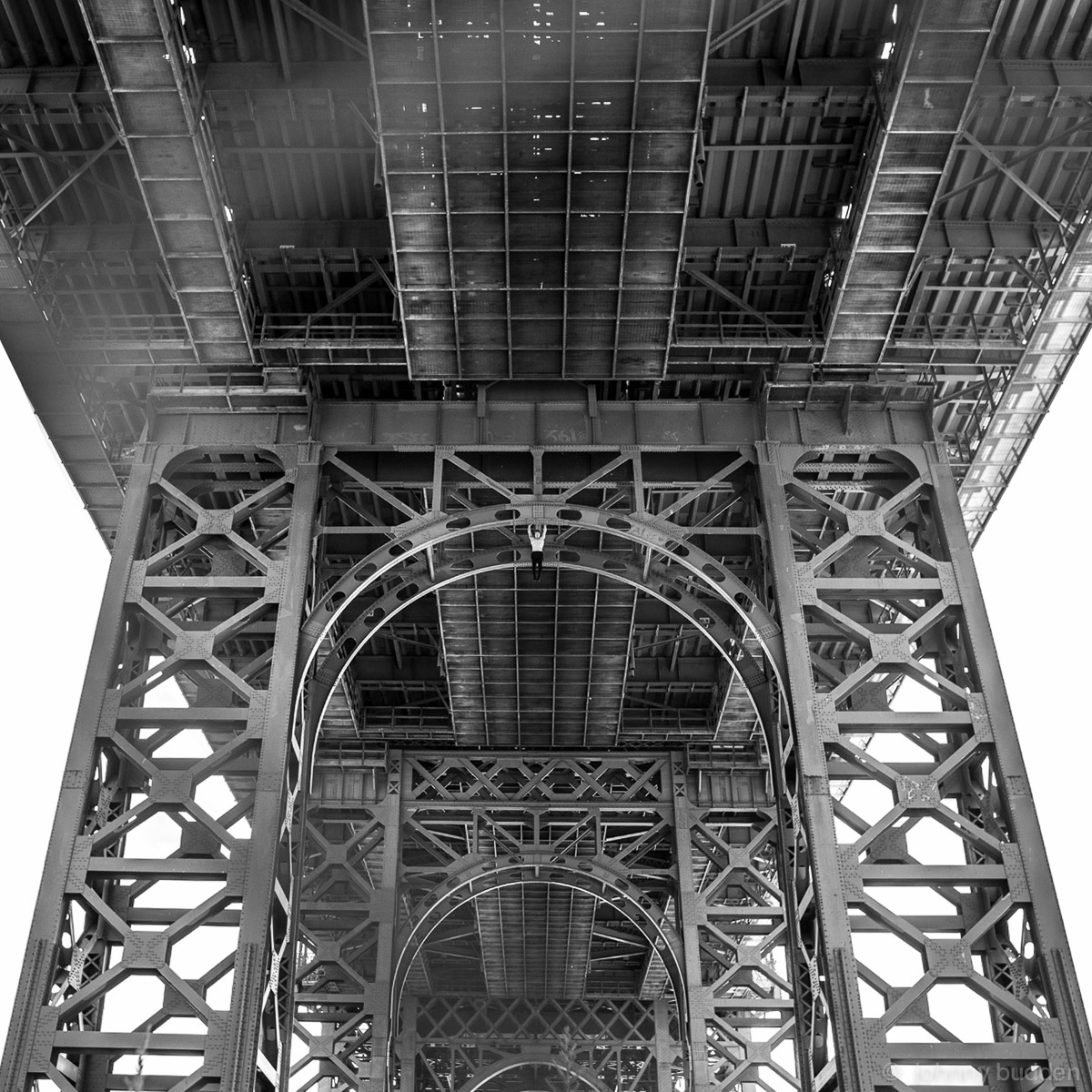 Having recently brought to life my infantile dream of locating to New York, my life has become one supreme scouting mission, absorbing new surroundings to capture, train, run through, and kick back and appreciate. It’s become an obsession, which has ultimately led to the continuous mental note making of all the visually arresting spots I encounter on my commutes to and from work. I kind of stroll amongst the morning crowds across Manhattan with my music in and teleport myself in to some sort of music video of the mind. I’m sure you know exactly what I mean, the type of melody that slows down everything in a way that feels each individual has a role to play and knows their part inside out, the bus driver is doing his job exactly how it was written, the smiles of Cheshire cats can be made out through the smog of pretzel stands as they serve passers by, and the traffic policemen morph into landing signal officers working on a Navy aircraft carriers, directing burrito delivery men down the correct lanes as if the entire country depending on it. 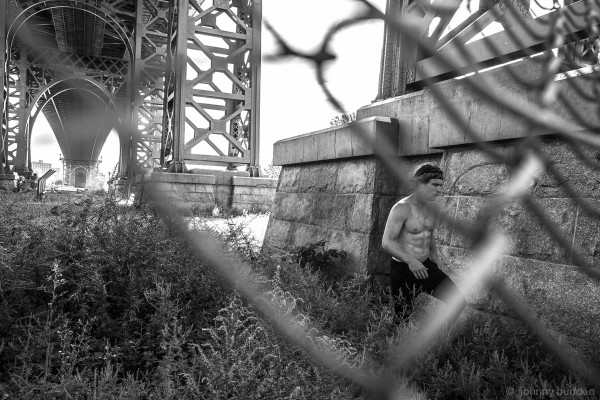 Tim (Timothy Shieff), a lean agile long-haired figure whose silhouette on the skyline almost resembles that of a Peter Pan character that mischievously flies without wings with a life of its own as it finds its way up high but pauses for a moment as if to patronize you and say ‘You’re not coming up? Come on, your going to miss out on all the fun!…’. From onlookers he has a nonchalant, devil-may-care attitude and is fearless when it comes to putting himself in danger, however you couldn’t be further from the truth. He’s just got unending youth and been doing what he has for as long as he can remember.

Tim had just been to the Woodstock festival to get his Vegan fix and hit me up to see if he could crash at mine for a day or two.

Having known Tim since the beginning of both of our Parkour days in which we spent years on the most unforgettable nomadic exploits around the world, I was pumped to be seeing his face once again. The fascinating thing about our amity is that every time we met, it’s for a collaboration or project that we are both equally enthused by, and naturally after each one we are eager about what the next may be.

“To live will be an awfully big adventure.”  – Peter Pan

Tim arrived at mine late one night and after some hasty shits and giggles I told him I was down for heading out immediately to the Williamsburg bridge as I had some ideas for a shot. Roughly an hour later Tim had both arms above his head, fingers clenching on to the edge of steel beam embedded with years of grit and dirt, eyes on his feet as he hung over the train tracks of Williamsburg bridge, not long before a couple of trains passed at a deadly speed right below him. He was as calm as a Hindu cow – in an almost meditative never-land state composed amongst the loud clamors of steel grinding upon more steel, the extra vibrations that made the metal almost hum, and the gasps of early morning onlookers trying to get any angle they could for their instagram.

“The moment you doubt whether you can fly, you cease for ever to be able to do it.”  – Peter Pan

After that first shot it dawned on us both that there was an entire metropolis for grabs for the next 48 hours. In the short time together we scaled rooftops that towered city streets, hid in places that only lonesome pigeons can retreat to, trained at calisthenics meccas like Tompkins Square Park, went through the motions in the oldest boxing gym in NY and scaled both Manhattan and Williamsburg bridges, to name but a few.

The best thing is I wasn’t concerned whether I got great shots or not, I had no client to supply any images to or any deadline, nor did Tim need them for anything – in that way we were free of any restraints. Tim could do exactly what he wanted and we could both just act on impulse.

We never once repeated anything; it was all instant reportage. This way I find looking back at them has a more honest representation of the situation. I’m already looking forward to the next time, so in true Peter Pan form I’ll say “Never say goodbye because goodbye means going away and going away means forgetting.” 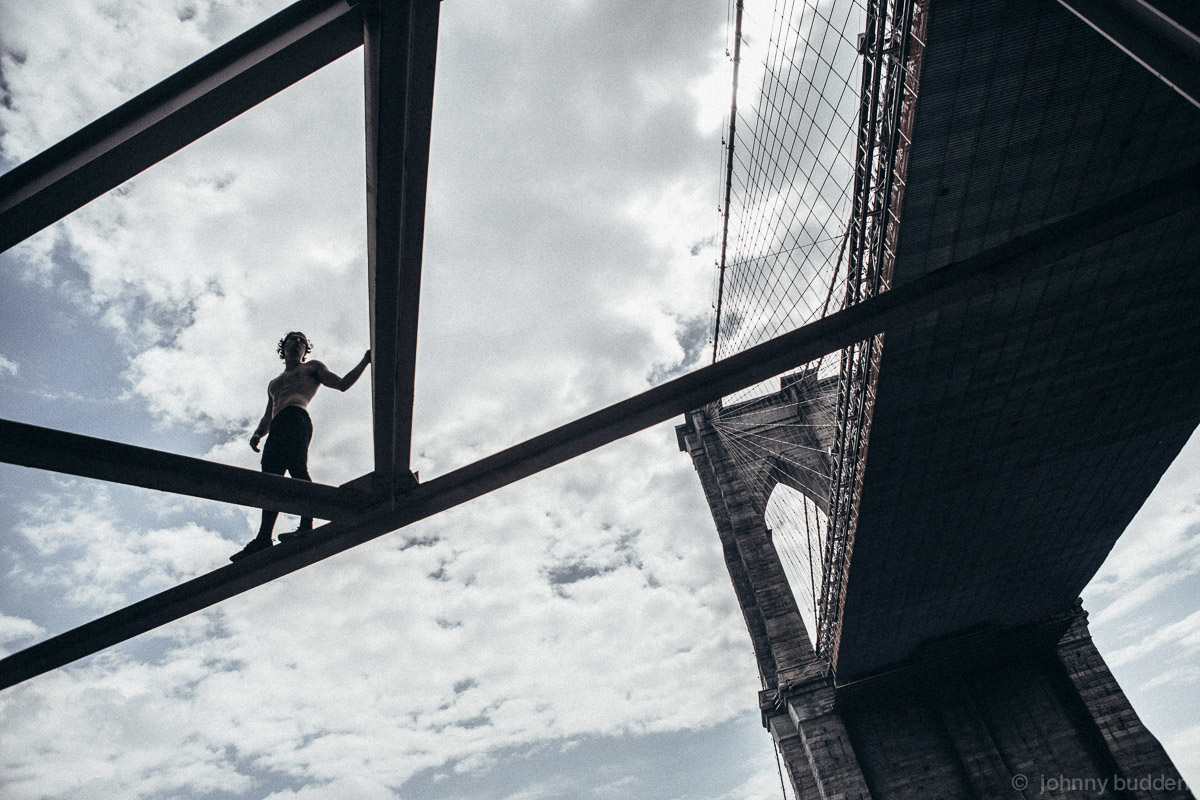 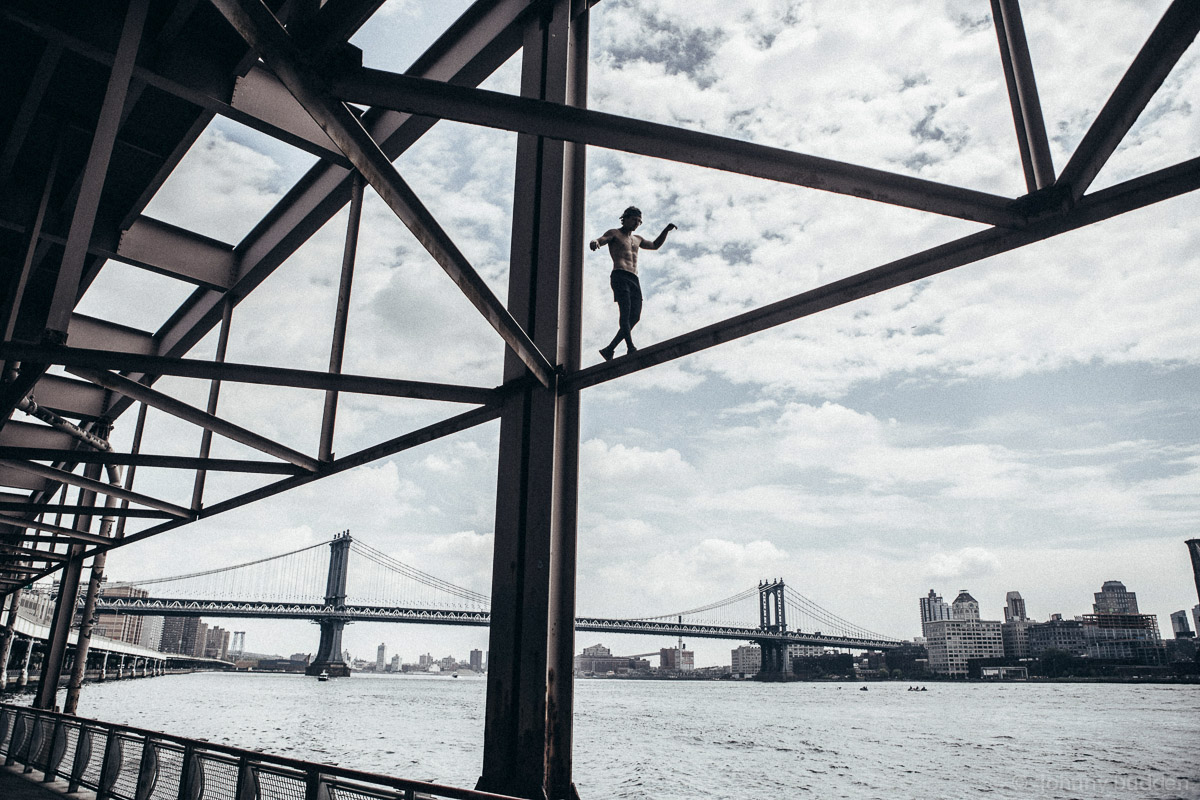 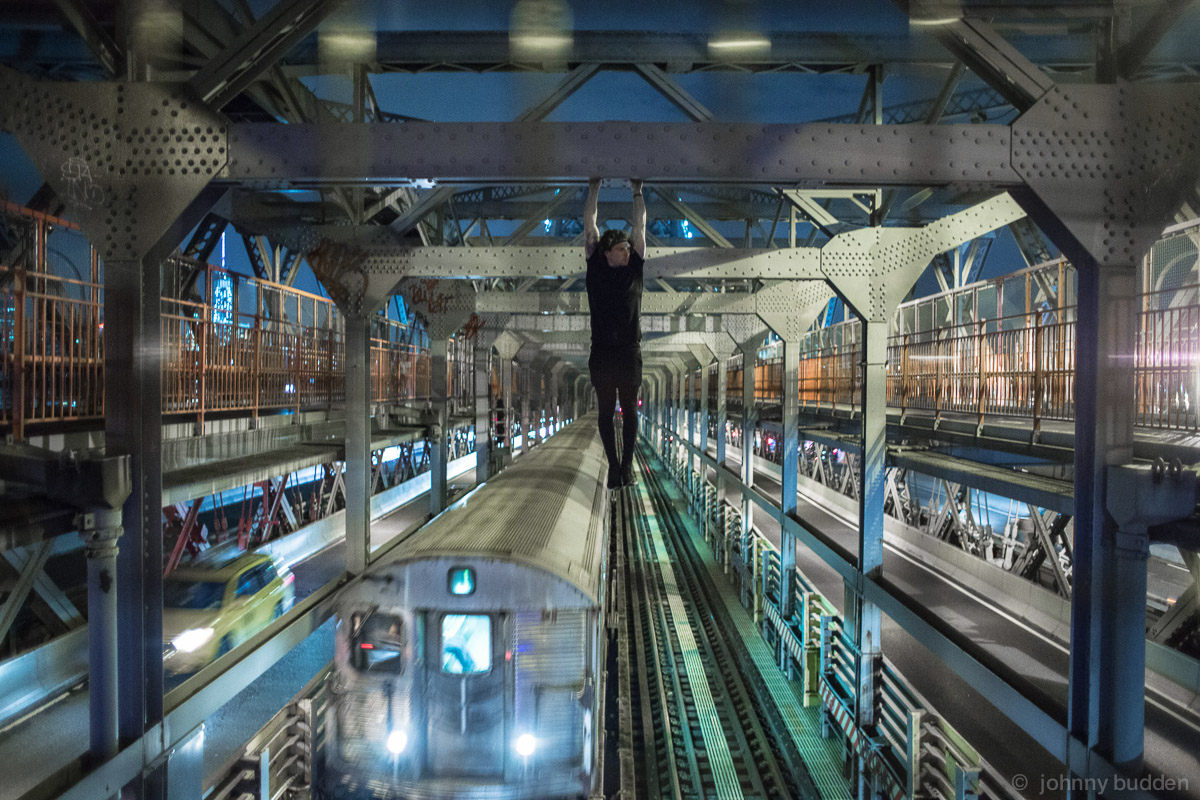 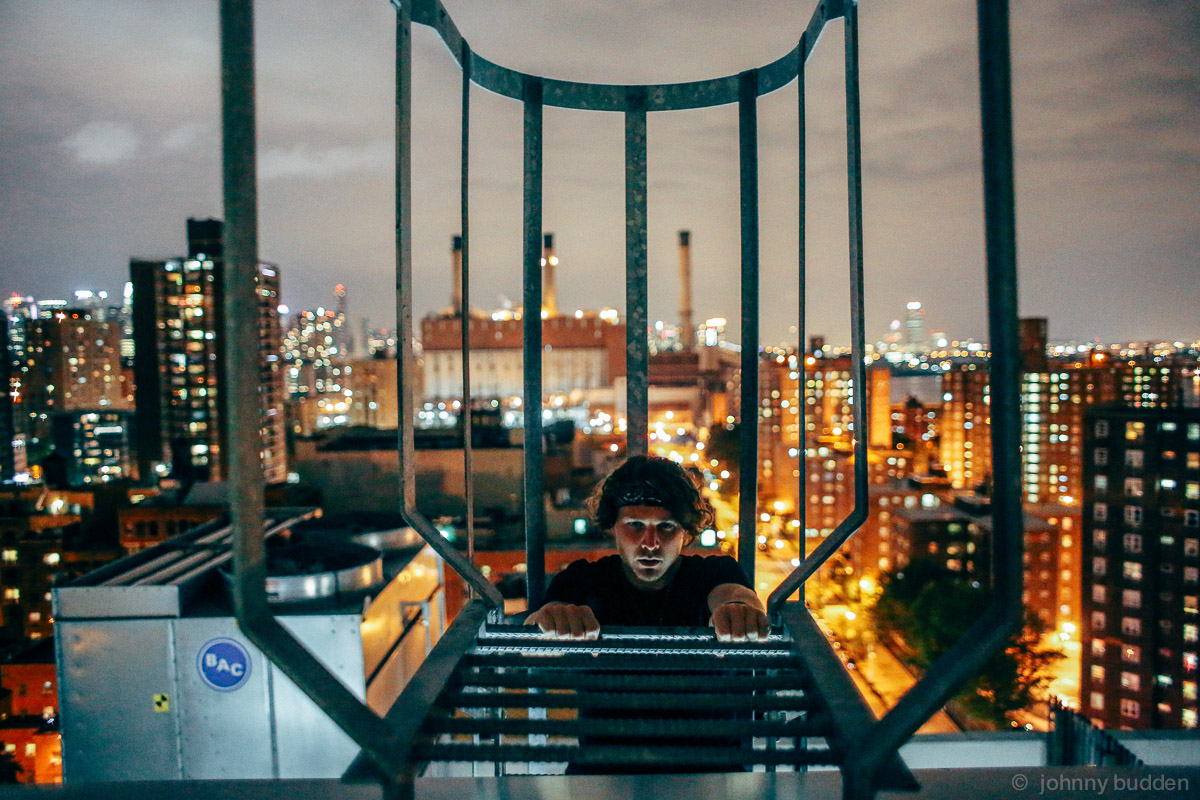 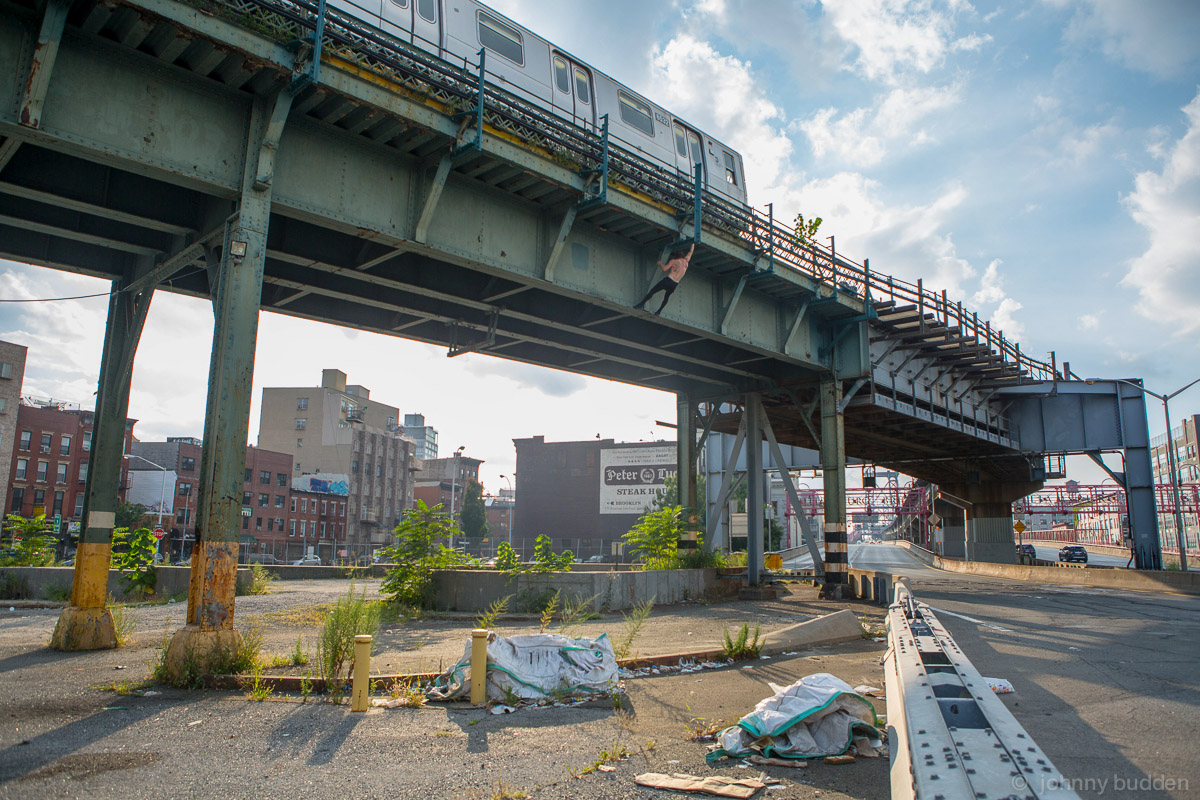 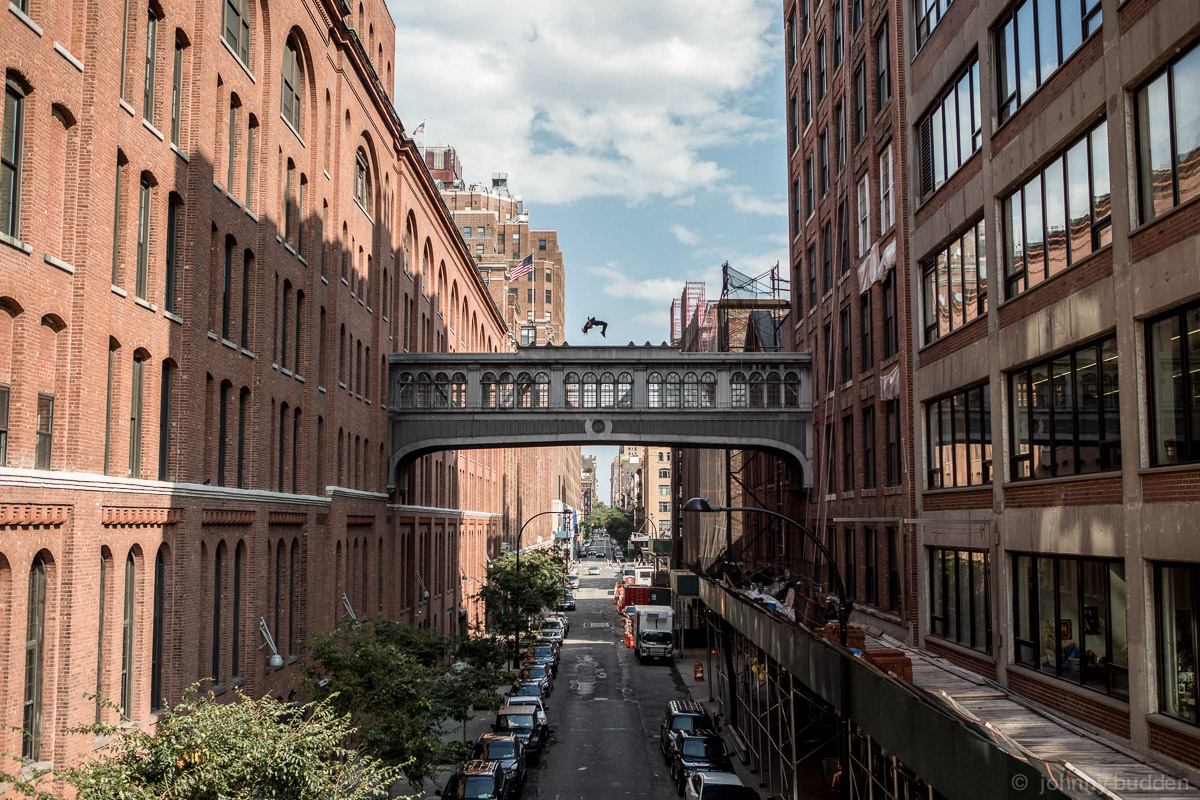 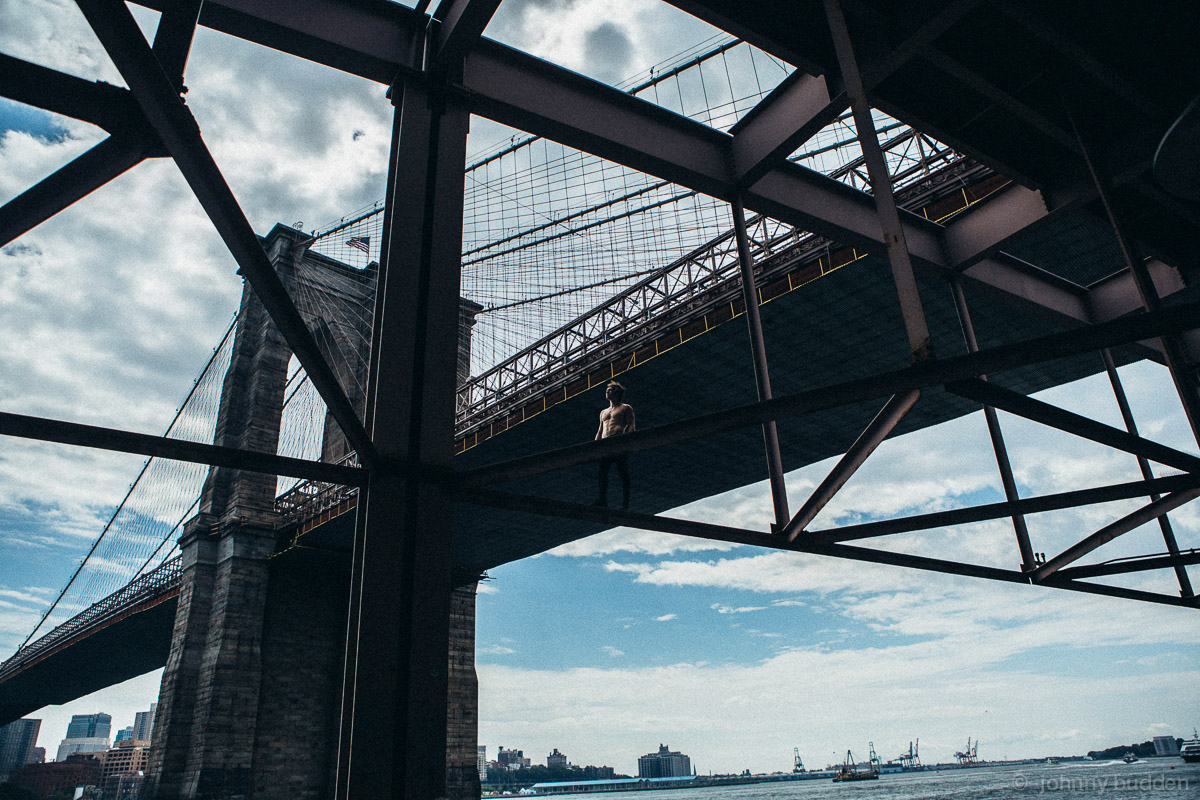