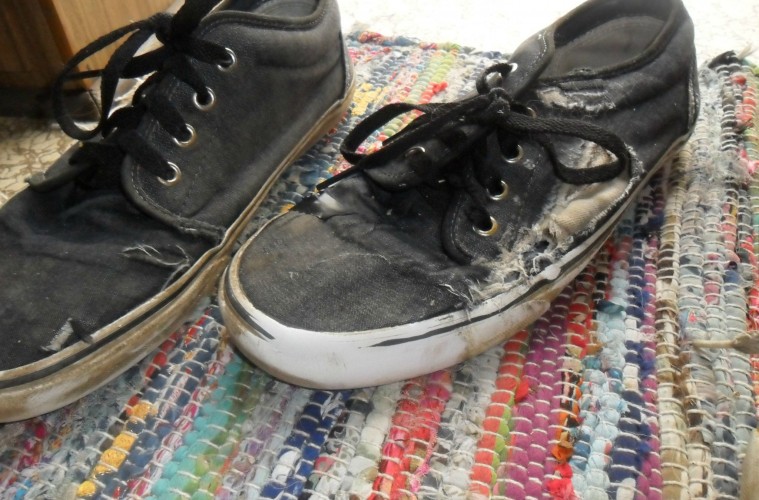 I saw your photos of the parkour around liverpool street, those photos really annoy me. i went to school right near there and i never saw anyone doing anything more interesting than someone trying to eat a sandwhich with the wrapper still on. that area around the barbican seems the best place in world to play except now because the city of london police are muppets as the photo showed, unfortunately security has stepped up big time and they are the only ones in the country allowed to walk around with MP5’s. but much credit anyway looked cool, and two questions. have you seen the book about buildering in LA i met the guy who wrote it at my local climbing gym you should seriously have a look its called ‘LA climbs’ mad crazy stuff in that; and question number two why do all you guys wear flat skate shoes to builder and freerun in, they would seem to be the worst possible choice, go and design some buildering shoes or get some of the hybrid climbing shoe trainers or something.

We wear skate shoes because we are guys. We only own one pair of shoes, and when that pair wears out we go out and buy another pair.

You can wear skate shoes all day and they dress up or down nicely. I wore skate shoes for my mate’s wedding, and all the girls told me is was “fucking hot.” One tried to rape me in the bathroom, but she was like 16 years old and it was at a Mormon tabernacle so I wasn’t feeling it. Mormon girls be crazy like that I suppose. Whoa, I just looked up Canadian Age of Consent, and it’s 14 years old! Holy shit, that’s young.

Anyway, for parkour and buildering, skate shoes aint half bad. They last a good long time scraping up against the concrete, and have a nice thick sole for drops.

As for the “LA Climbs” book, read it. Check out my review.