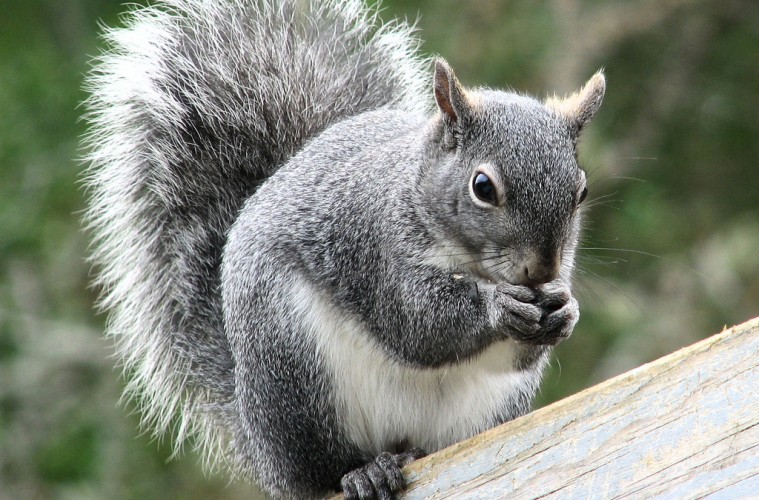 Considering your obsession with squirrels I thought you might find this interesting. The following is a link to a section of the BC hunting regulations:
http://www.env.gov.bc.ca/fw/wildlife/hunting/regulations/0708/docs/Hunti…

On page 24, under “What is Wildlife?”, you’ll find that the gray and fox squirrels are on a very short list of animals which have virtually no regulations to protect them. This means that any hillbilly with a gun can go out there and shoot as many squirrels as he wants, any time of the year.

In case you’re wondering, the mountain (red) squirrel is protected. The fox and grey squirrels are what we think of as “city squirrels”.

Phew, that’s a relief. As much as I love squirrels, I love killing the godless beasts more. I admit I’ve slowed down in my slaying over the years, but mainly due to logistics. It’s harder to go on killing sprees in Vancouver vs. hillbilly back-o-the-woods Elkford.

One time I was skating on my backyard ramp, having a gay ol’ time except for this one big, fat, stupid grey squirrel who wouldn’t shut up. Chi-chi-chi-chi-chi-chi-chi-chi-chi. I grabbed my slingshot. Loaded up a ball-bearing, let one fly. Hit the fucker, right in the eye. OK not in the eye, I just like the meter and rhyming of the last two sentences. Could be song ya?

Hit the fucker dead center on its stupid little back. It fell out of the tree with a thud. Surprisingly squirrels make thuds when they fall out of trees. He wasn’t dead, just a little dazed. So I grabbed a stick and chased it around the yard. Eventually I clubbed it to death. Real Lord Of The Flies shit.

I admit, I never quite felt at peace with that event. But if the government tells me that I’ve went and done the world a favour by killing a “introduced species which is detrimental to property and native wildlife,” then who am I to argue?