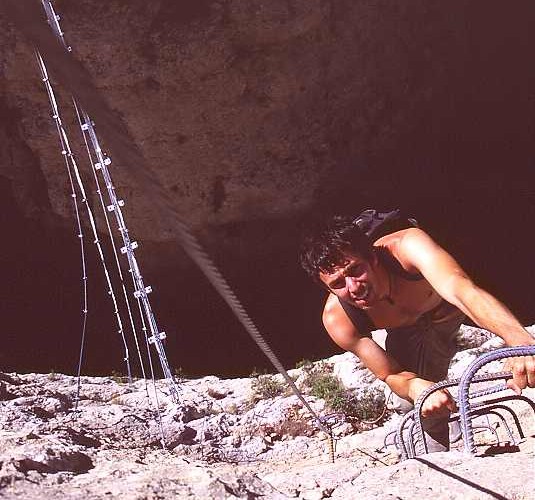 After a week of partying in Barcelona with my newfound French friends, it was time for some soul searching in the hills of Andorra. (Note: soul searching may or may not have occurred).

Andorra is a weird little country stuck between France and Spain. It exists solely for the shopping needs of rich European’s looking to avoid sales tax on big ticket items: your Mercedes, Rolex’s, and what have you. it goes without saying that trying to find an affordable place to stay there is impossible.

So what was I doing there, other than buying a new Rolex? Well Andorra also offers some lush mountainous terrain, and hosts some of Europe’s best Via Ferrata routes. Via what?

Via Ferrata is an odd european past-time where people climb pegs, ladders, and climbing holds, that have been bolted on perfectly good rock climbing routes. It an “intro to rock-climbing”, where you get into airy situations with minimal effort and relative safety.

There’s a cable that runs along-side the route, fastened every 10ft or so, that you clip into with a daisy chain. If you were to fall, you’d slide down to the last anchor point. They make special Via Ferrata daisies with shock-absorbers to minimize the jolt, but I didn’t plan on falling so I mine out of 4mm cord and duct tape.

I bought a guidebook headed to the VD (very difficult) routes. After all, how hard can climbing a ladder be? Turns out it’s as hard as you’d expect: not very. Besides one 10 ft stretch of significantly overhanging rock, I never felt like I was doing much more than hiking the trail on the Squamish Chief.

I did find a perfectly good Petzl Ecrin-Roc helmet though. Score.

Hiking to the base of the climbs turned out to be the most difficult part, as they were 20 kms outside the nearest town. I tried hitch-hiking but NOBODY would pick me up. That seemed to be the general theme in Spain as well, i.e. don’t bother trying.

Camping was kinda fun, besides the one spot under the bridge with the jumping spiders. Seriously: I was attacked by huge jumping spiders. Ugh…just writing that gives me the willies. I encircled myself with a ring of campfires to try and keep the spiders at bay, but it didn’t work. They either jumped over the fire, or climbed onto the bridge and dropped down on me. They were ravenous.

I later found a nice campsite by the edge of a river. It was beautiful, and I spent a day there just hangin’ out with my wang out. Yup, I tried givin’ my pecker a tan (it didn’t work). They say you who you really are when you’re all alone. I’m not sure what that says about me. 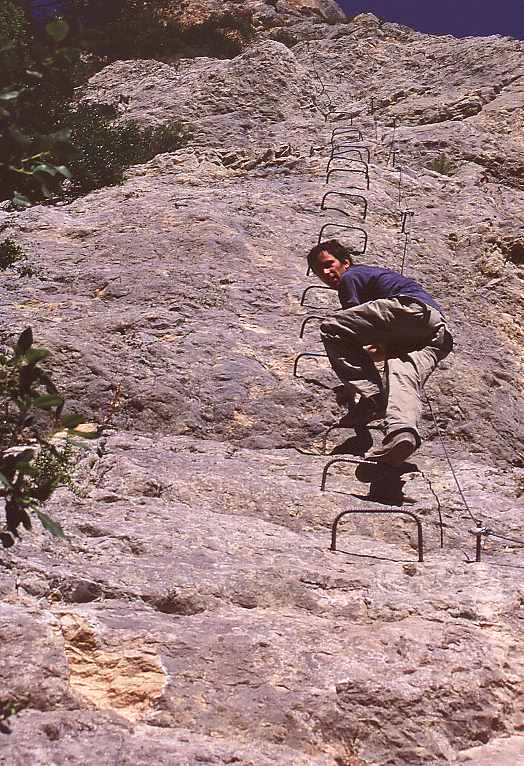 I took all photos on a delay timer, so climbing was bit of a game of “see how far you can get in 10 seconds”. 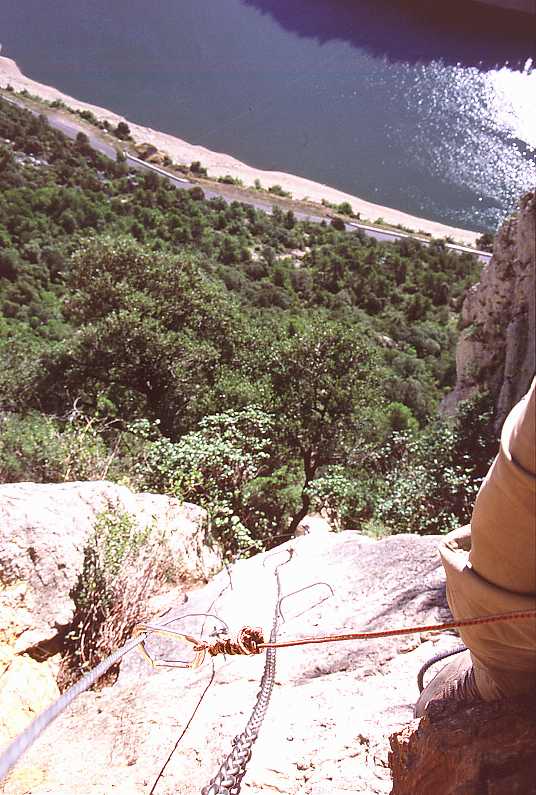 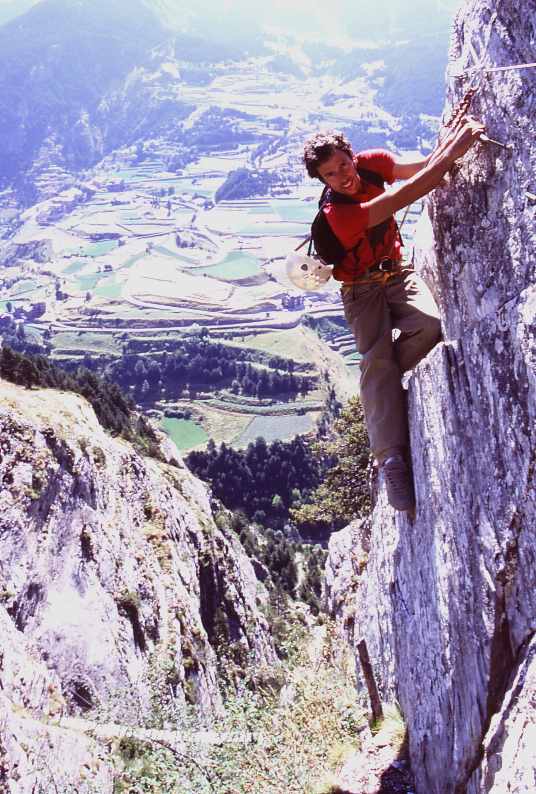 Check out my sweet helmet. 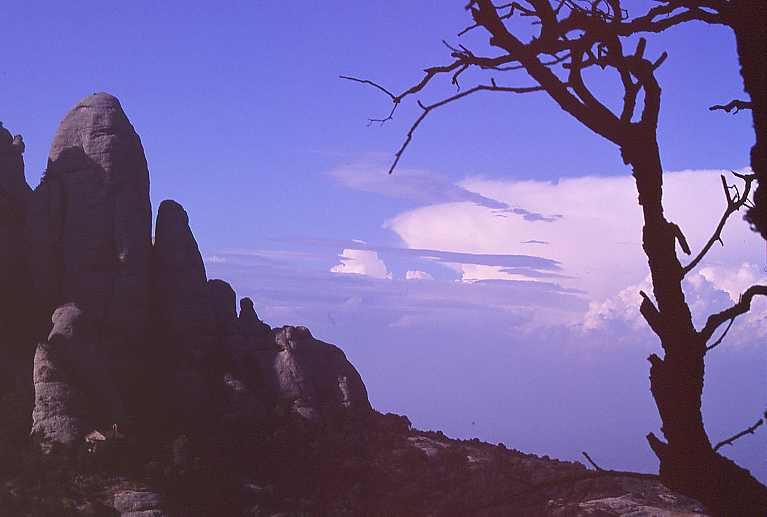 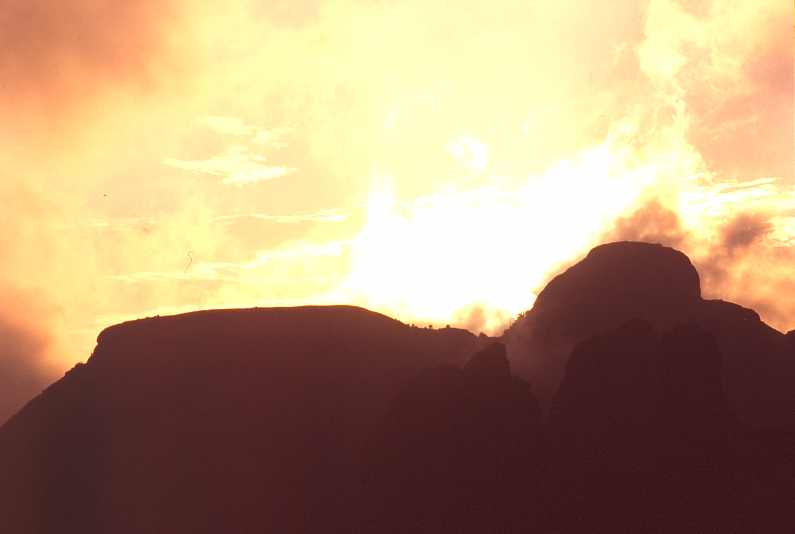 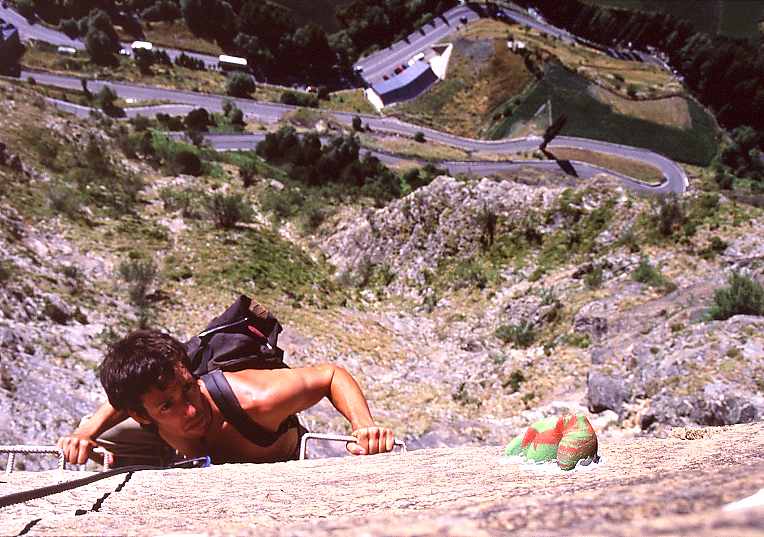 As much as the next 3 photos look like a sequence, remember I had to climb up and down each time to push the button 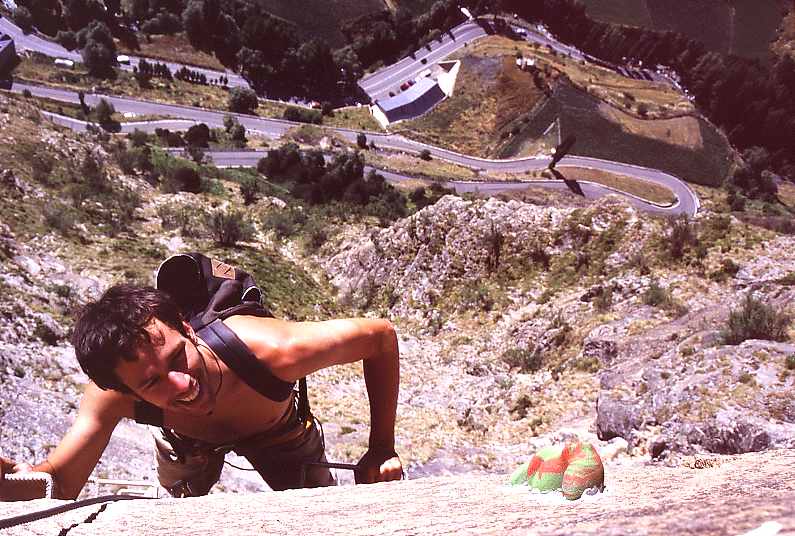 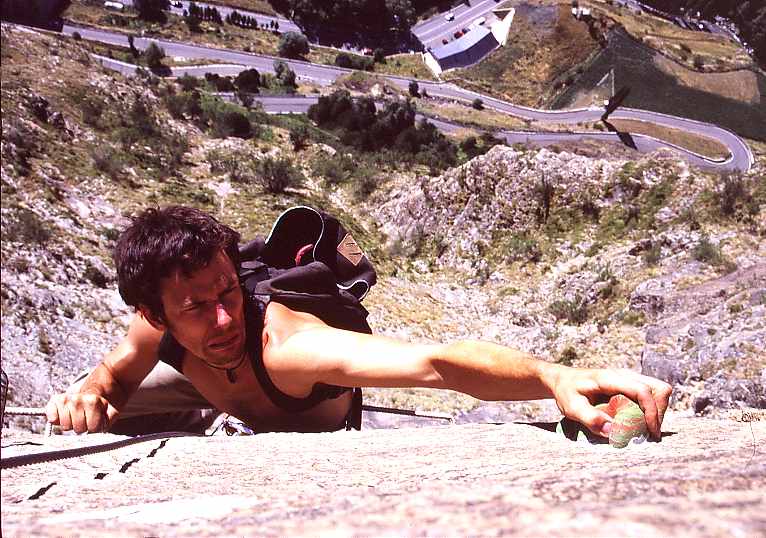