(The first three UBC competitions are combined here due to very little documentation existing for these events. Partially to blame for this was my stubborn refusal to shoot anything but Fuji Velvia 50 ISO slide film, which looks stunning when there is enough light but is extremely difficult to work with during shady buildering hours.)

“The ancient and honorable sport of building climbing does not appear to have blossomed on the UBC campus until about 1961. Doubtless the previous years saw sporadic action in this field, but such events do not seem to have been recorded either in writing or in the memories of past VOC climbers.” — Dick Culbert, A Cragrat’s Guide to the UBC Campus, 1965.

Noting that buildering on UBC campus has been practiced for well over 40 years, it’s with some hesitancy that I call the competition organized on April 7th of 2004 as the first of its kind. Certainly the outings by the Varsity Outdoor Club members of the 1960s had elements of competition to them — a one upmanship of who could snag the first ascent on the boldest of lines. Also, Dick writes in his guidebook, “In 1964 a few ‘Cat Burglery Training Courses’ were held (open to all VOC members) in evenings. These were enjoyed greatly by those participating, and there is no doubt that many of the basic climbing skills may be taught in this manner.”

In any case, not knowing whether a formal competition has ever been organized, with set routes, difficulty gradings, and prizes (can’t forget the prizes!), I’ll be so bold as to call it the first.

A group of approximately 20 climbers assembled to celebrate the end to another school year with some ascending. A dozen builder problems were on the menu, most located near or on the Student Union Building, the social and geographic heart of campus. Not surprisingly it didn’t take very long for campus security to politely request that we stop “whatever it is you are doing.” We were able to climb for long enough to enjoy the notable [now wildly overgrown] SRC cubby hole, and to determine a winner for the evening: Janez.

The next event was held in the October of the same year. Learning from my previous mistake, this time we split into smaller groups and headed to problems at the far reaches of campus. This was the first appearance of the “no climbing shoes” rule, which took many by surprise. Unfortunately some people had no other suitable footwear, so we had to bend the rules a bit: you could use climbing shoes, but only if you pretended they were running shoes, i.e. no edging. The circuit was 22 problems — certainly ambitious. A few groups finished the circuit within the two and a half hour time period, but only if they hurried. Janez won again, with a commanding lead over everyone else. He then showed everyone up on the dancefloor at the Pit Pub. Unstoppable.

At some point between October 2004 and January 2005, the UBC legal department got wind of our buildering endeavors. I received a cease and desist letter threatening university discipline or legal proceedings. A Student union executive also expressed a keen interest in meeting with our “Buildering Club” members. Fortunately, as clearly indicated in the buildering.net disclaimer, all images and stories on this website are fictional — therefore, we had nothing to worry about.

The third UBC buildering competition in April 2005 was relatively poorly attended, due to the virtually non-existent advertising of event. SteveZ took first place, but certainly this man is a work of fiction. Once again, buildering is forced underground where long may it live happily evermore. 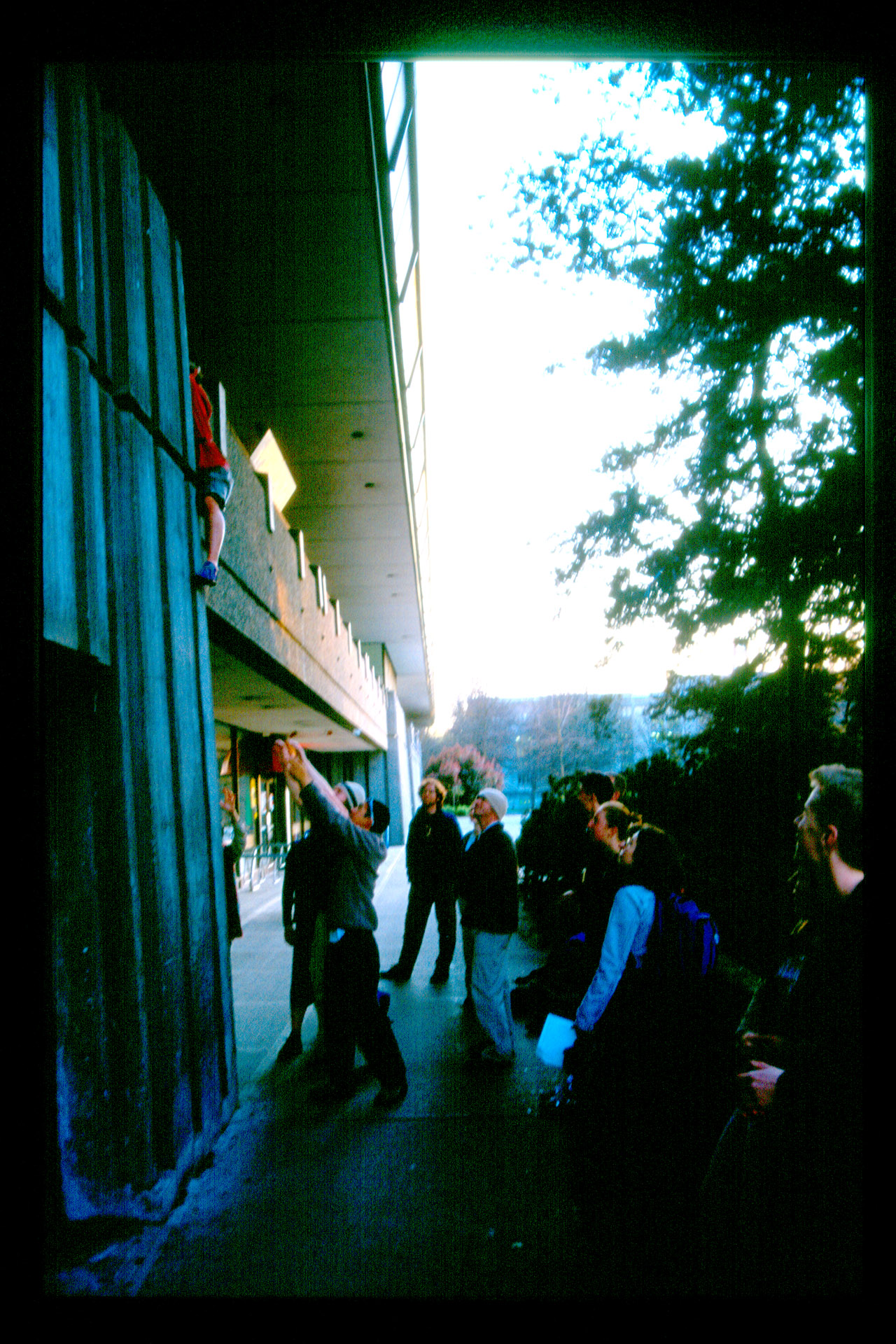 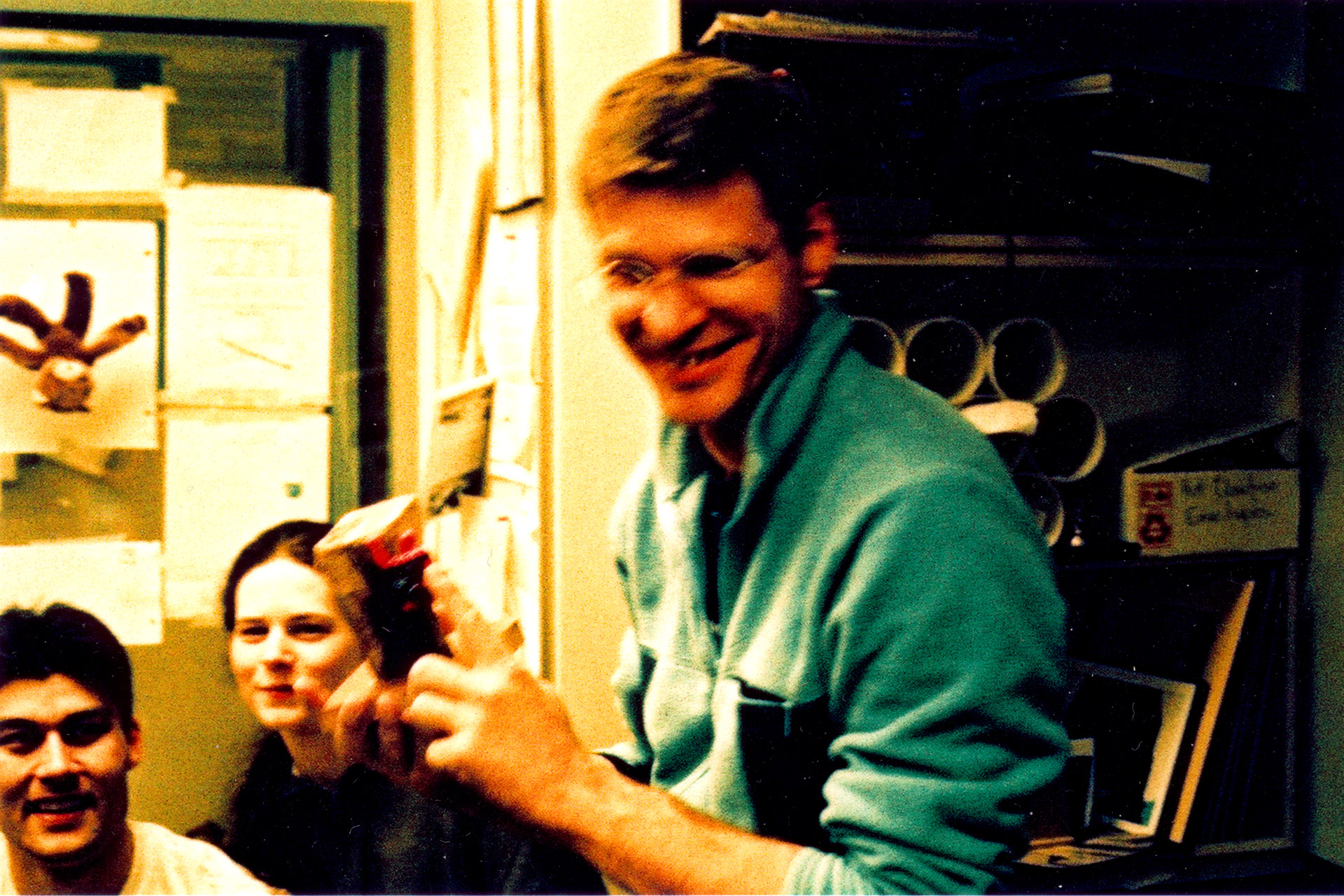 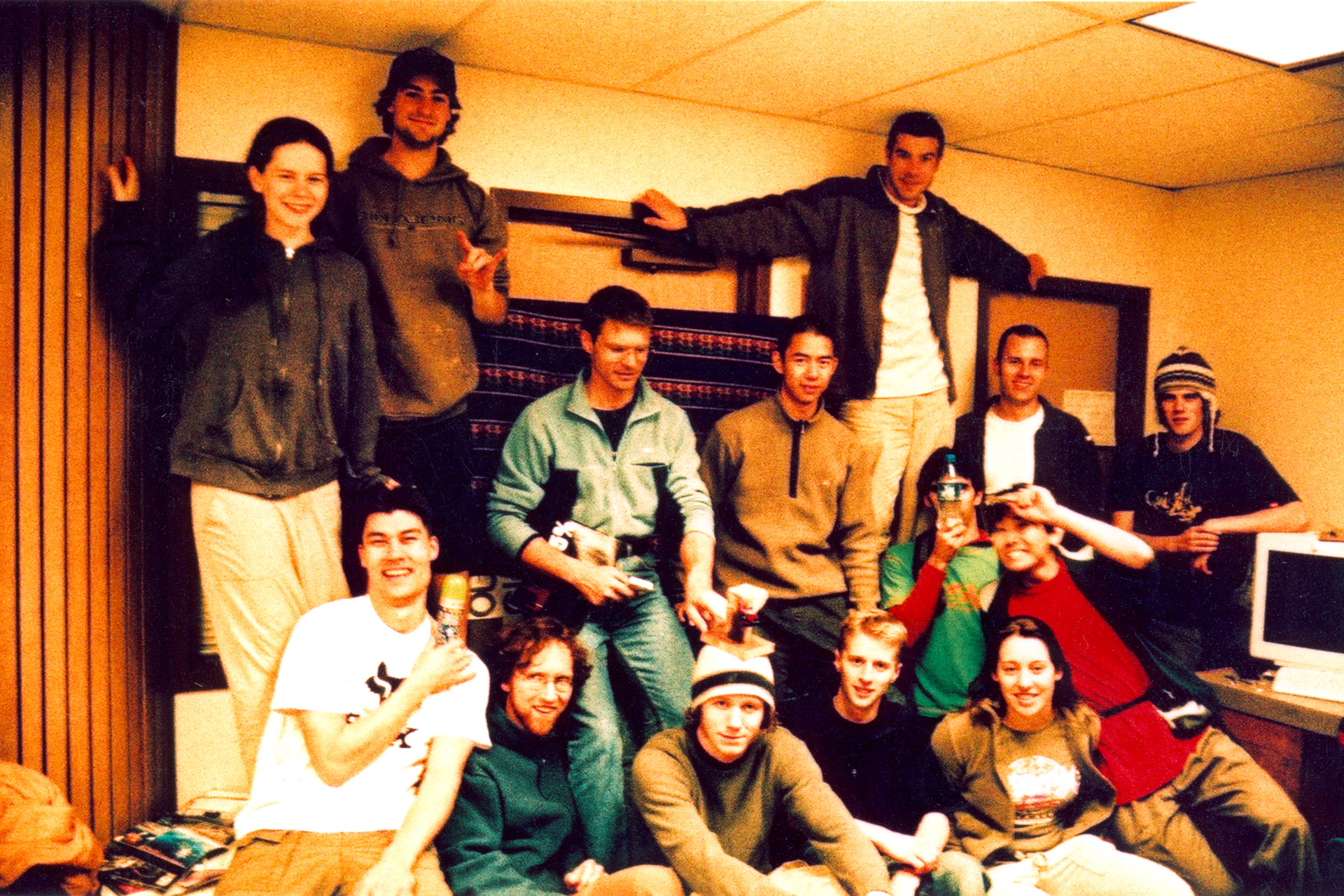 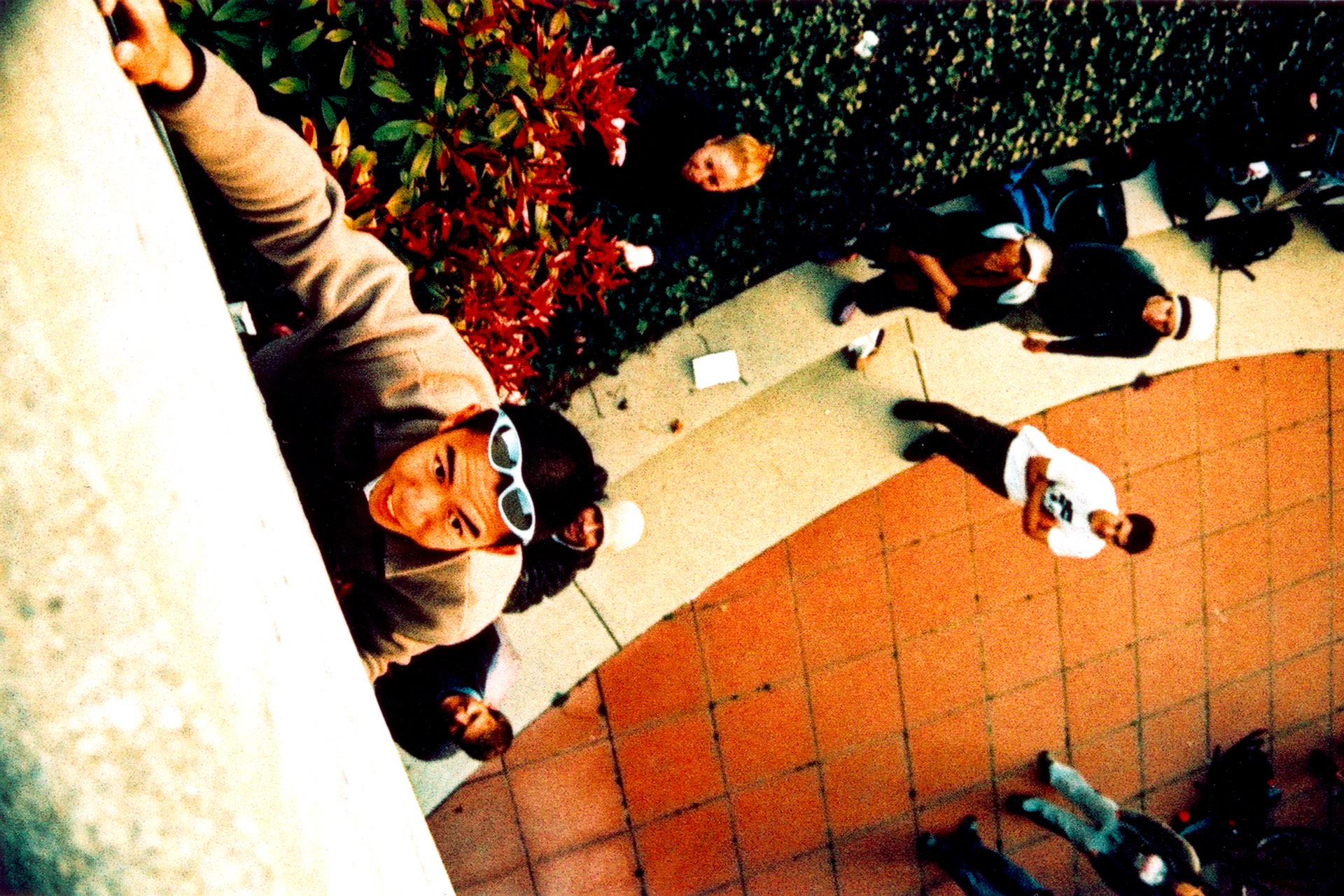 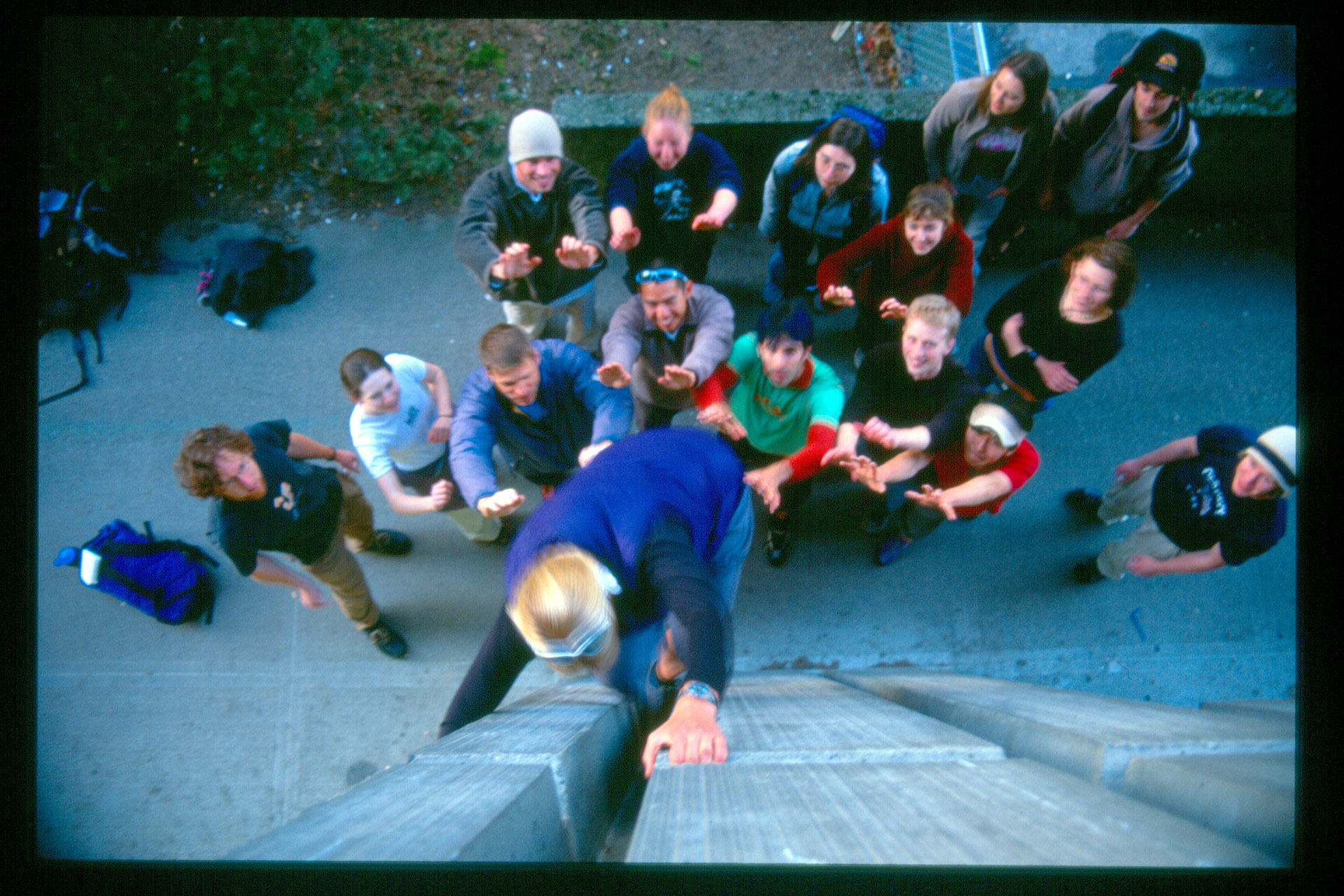 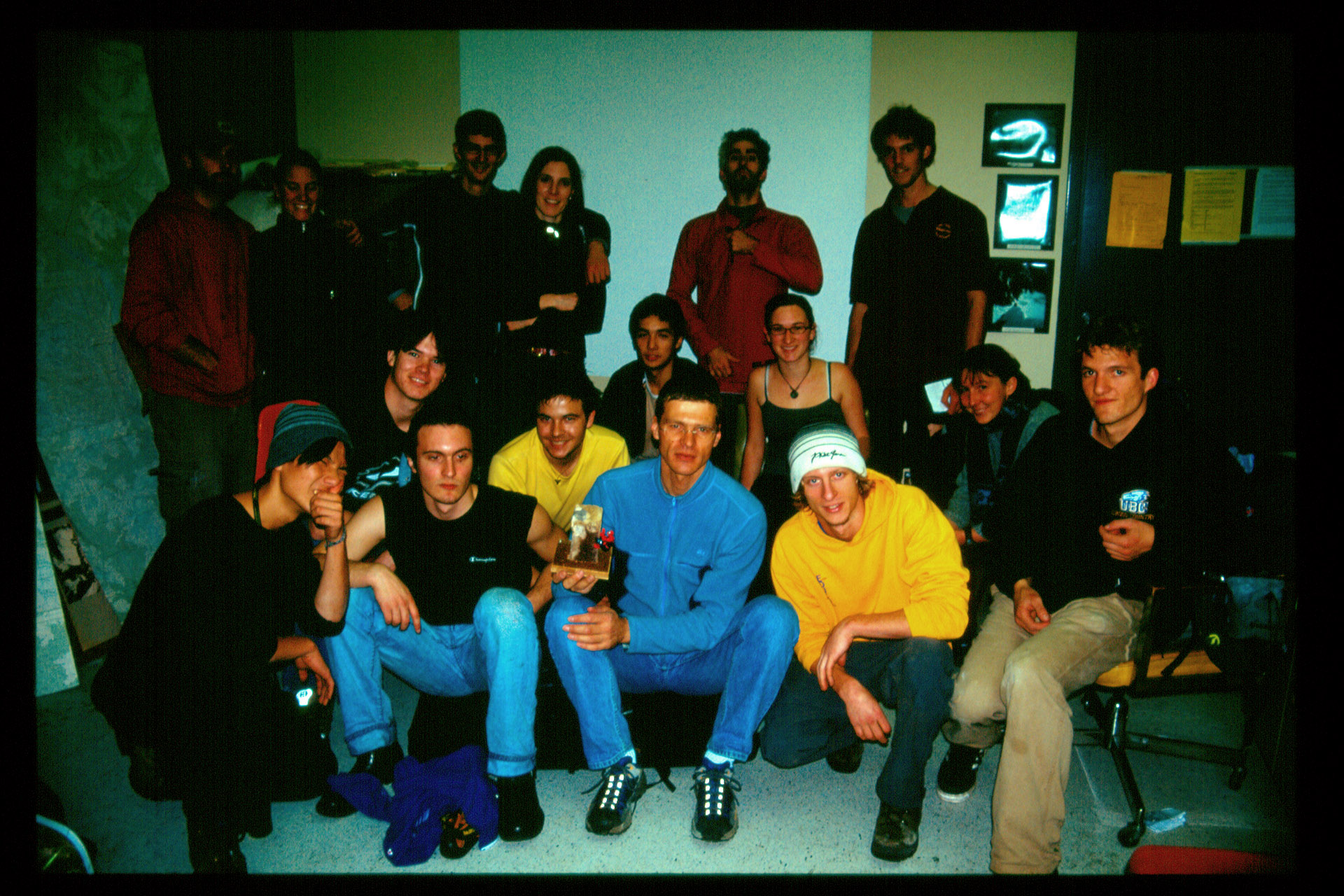 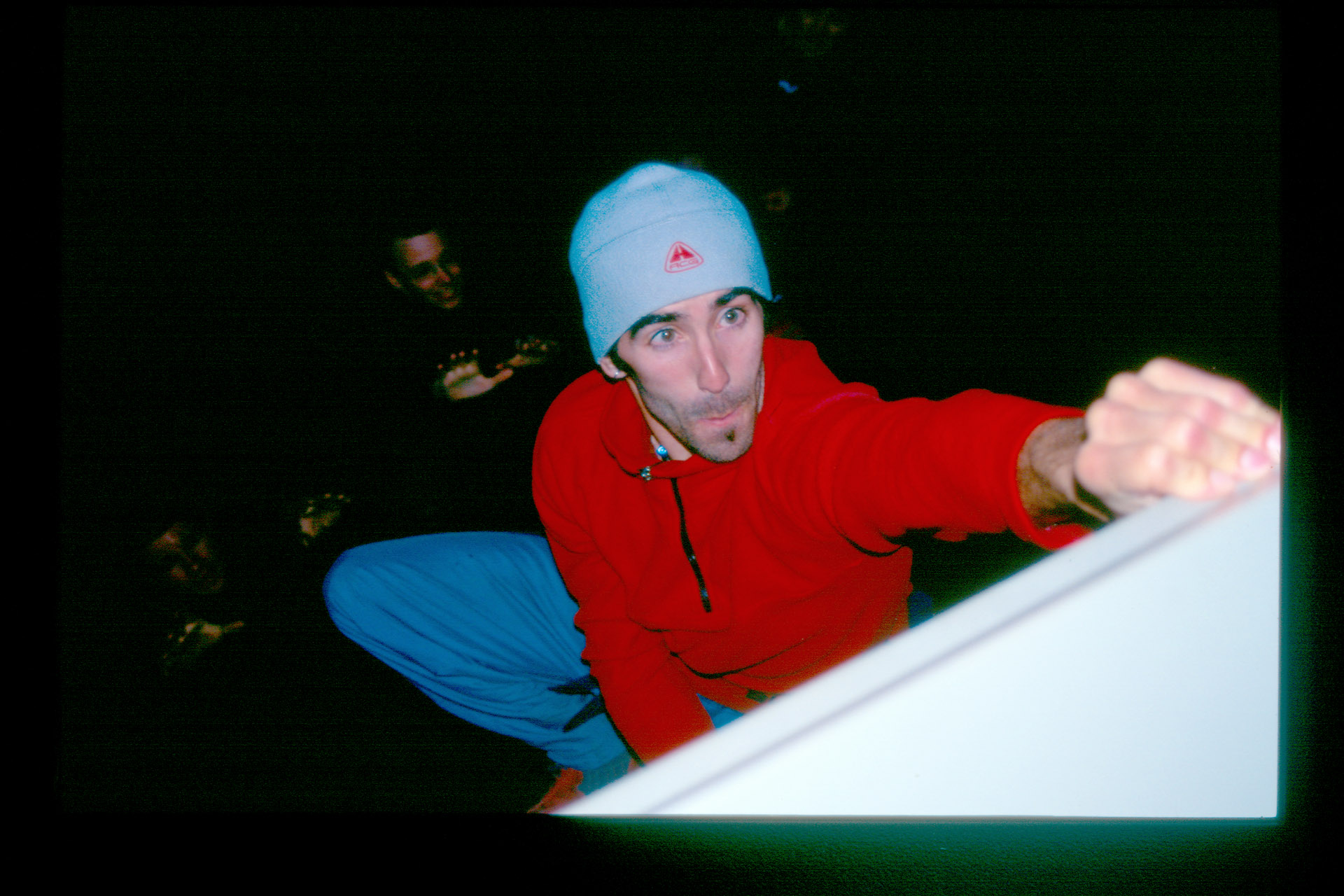 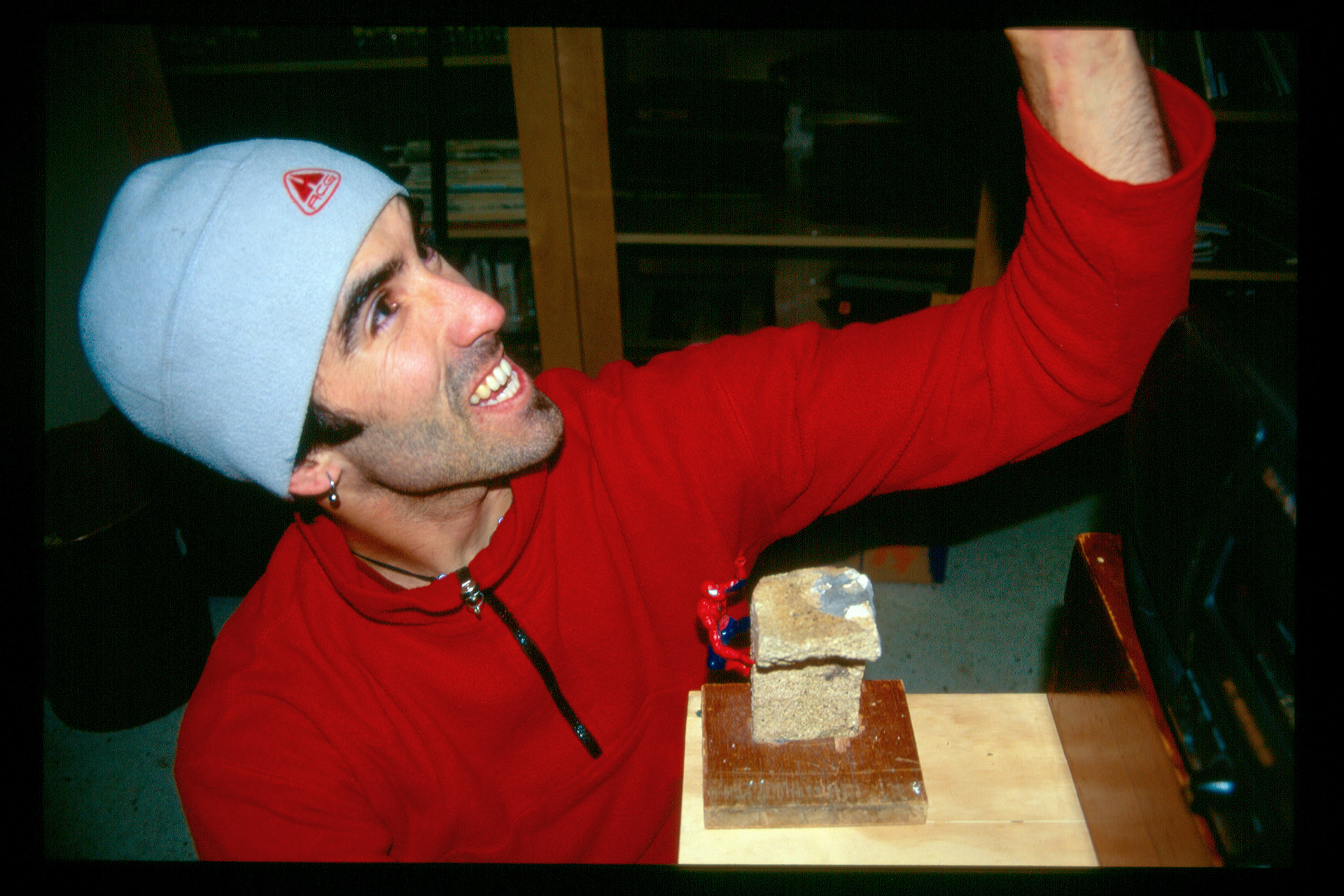 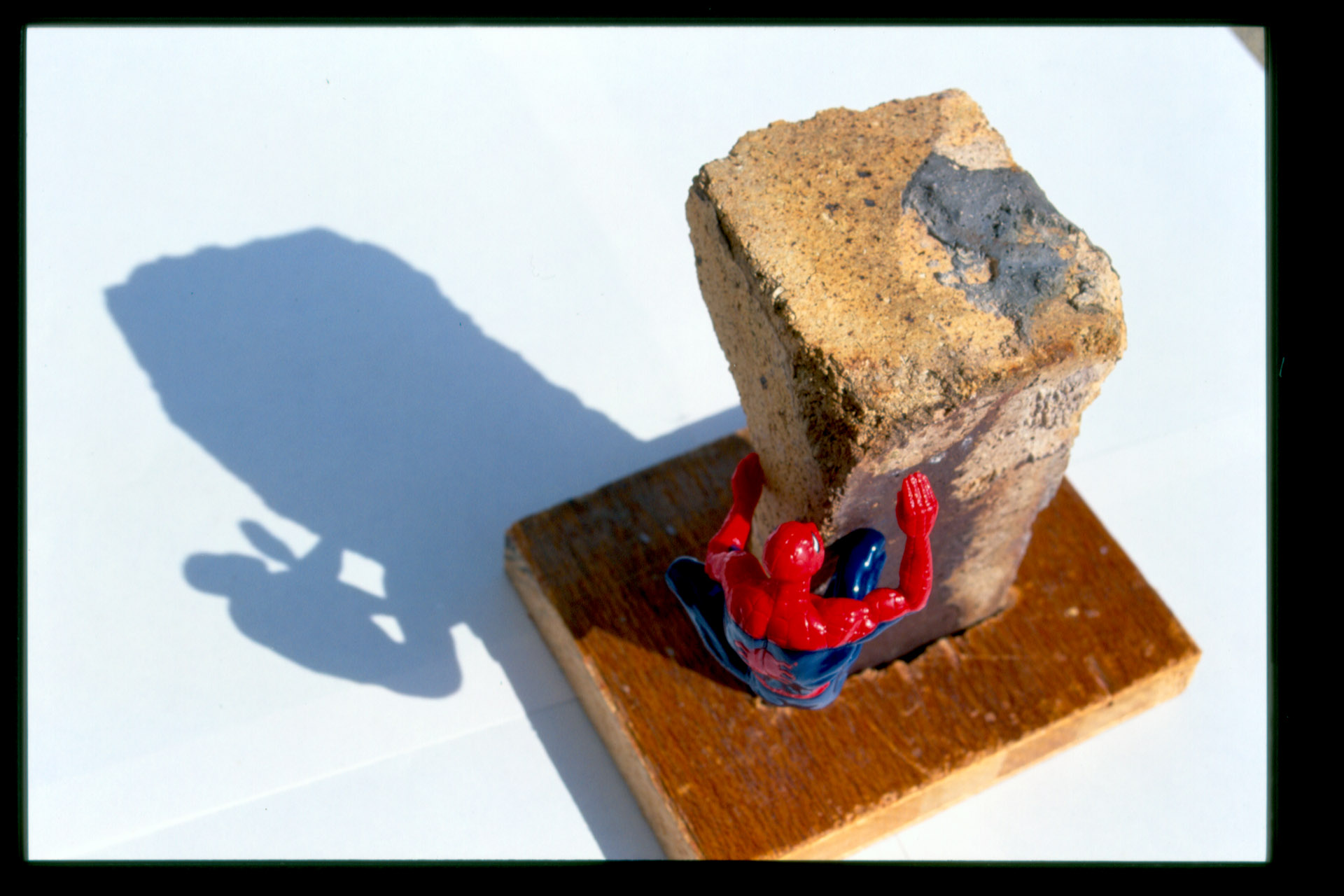