The obvious line up the side of Southwark Bridge in central London has finally seen its first ascent, at least 9 years after it was first attempted.

Naming the problem ‘Amor Fati’ (which when translated does not mean ‘I love fatties’, we are told), Rich has given the problem a V grade of 7 and a B grade of 22. (B grades are Bobby Gordon-Smith‘s own ‘buildering’ grades based largely on silliness.)

Well done to Rich and thanks also to Aaron and Qi for joining the siege and donating some skin. 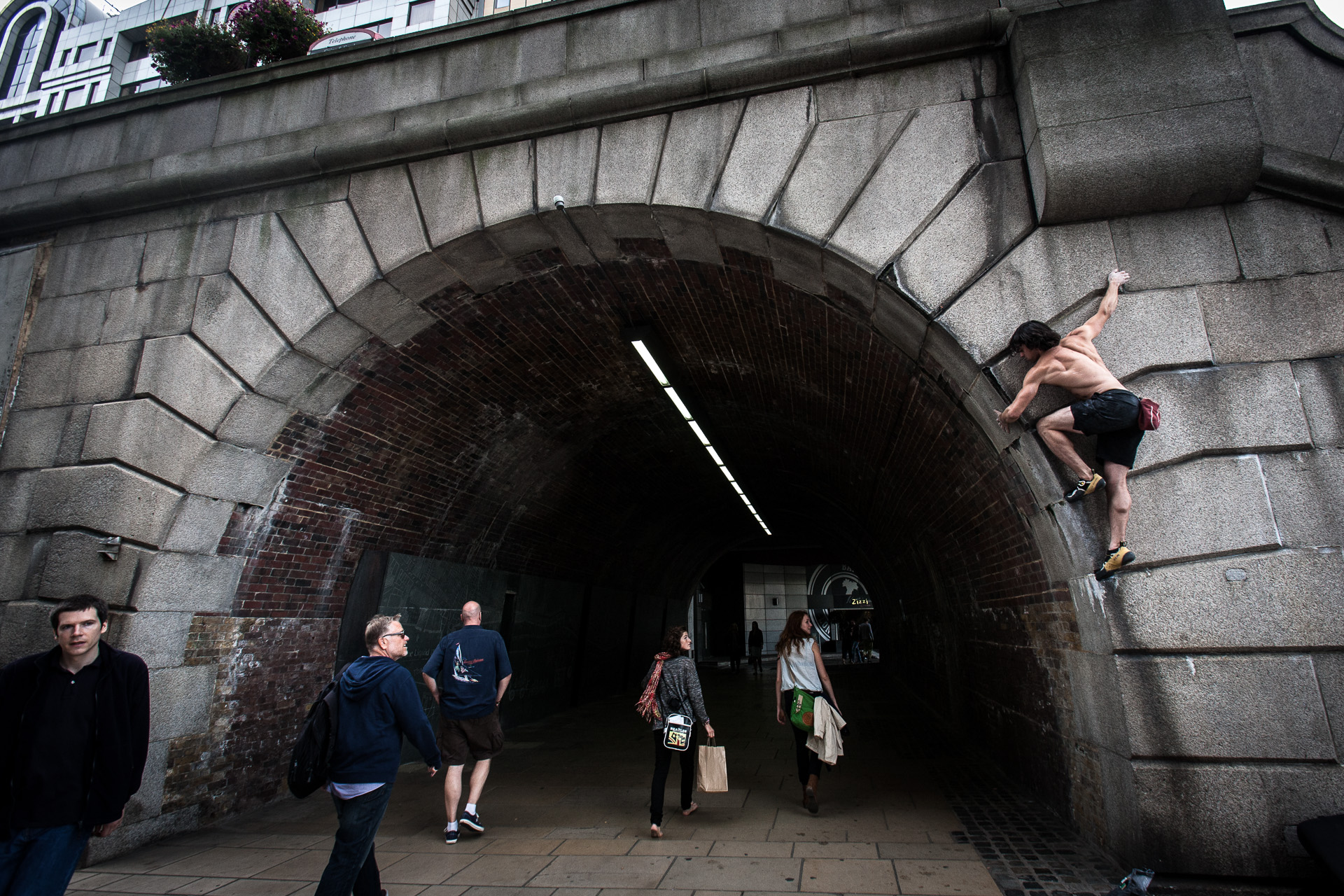