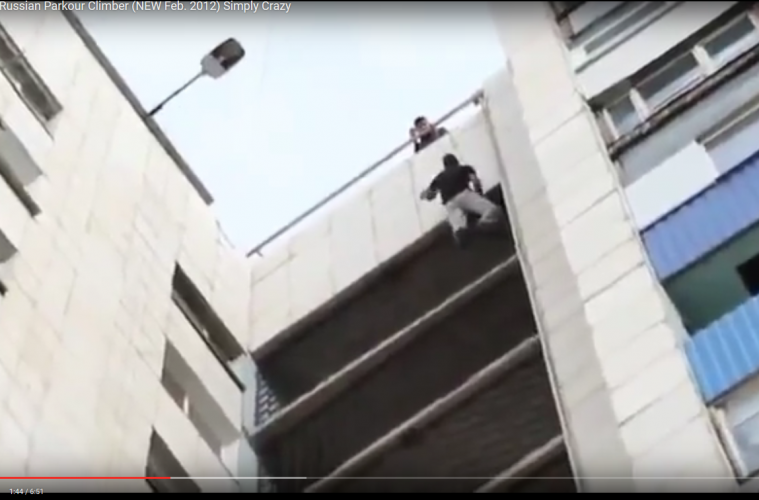 Russian Video. Not Dead Yet

I’ve done some “questionable” soloing in my day, but only questionable in the eyes of the observer. I’ve always felt in control. That’s the soloist’s secret: be solid beyond doubt.

At least half of the stuff in this video looks certifiably nuts. My fingers are slipping all over the keyboard — I can hardly type, my hands are so sweaty.

The big question: is this guy in control? His parkour skills look passable — just good enough to pull off the trick. His climbing skills, about the same?

Someone (John Bachar?) once said, “soloing is a gift for the best climbers on their best days.”

John “Yabo” Yablonski was a 1970s Yosemite climber and soloist, not known for the impressiveness of his endeavours, but for the style in which he accomplished these. Yabo, once stuck halfway up a pitch, saved himself by jumping and catching a nearby tree branch. His climbing style was so sketchy that onlookers would vomit with stress. Watching this video, I know how they feel.