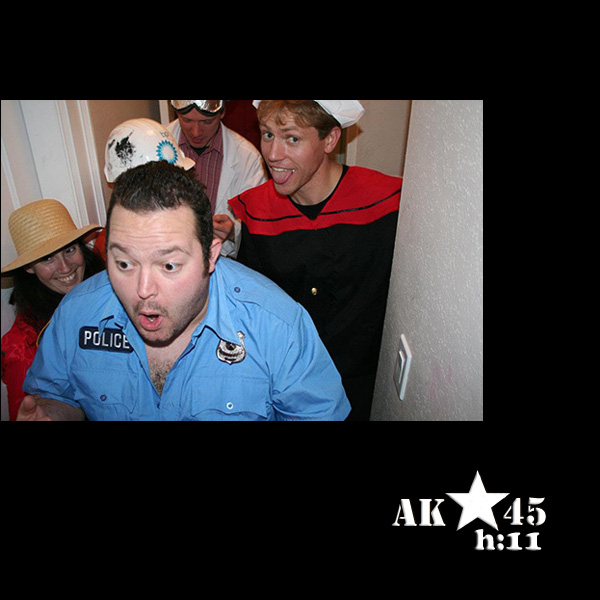 This year was nucking futs. Easily a couple hundred people. At 3:00am, there were buses coming from downtown, completely full of people in costume heading to “that villa party.” Was it out of hand? I can’t decide that for everyone. Some people loved it, others thought it was way too crowded. At the peak, the dance floor was strictly “do the minnow” room only. Amazingly no cops were called. They stopped by once on a routine drive by to note, “that’s way too many people on the roof.” A valid point. I’ve got no idea what the load capacity of the villa roof is, and I’m not interested in pushing it to failure.
As usual, a couple “aspiring DJs”/drunken assholes kept fucking with the DJ gear. You can hear one of them banging away on the piano, and being ejected at exactly 45:10 in the mix. The other guy, after his second warning, said “I do it because I love you man.” Fair enough. Roommates Brad and Greg helped with DJing, and DJ GoreMay. Brad and GoreMay bookend this year’s mix.
Thanks to everyone who attended, for the good times, great costumes, and good spirits. As always.
-The Ood. 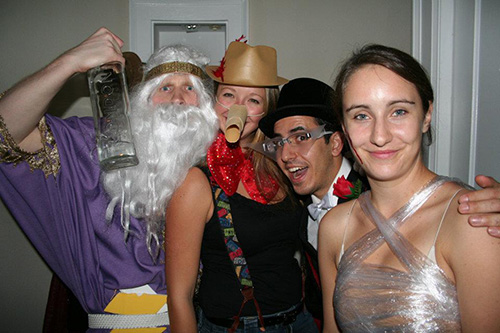 A+ for creativity on the Dexter victim. Stash, Courtney, Omid, Ashley.(p) Greg D 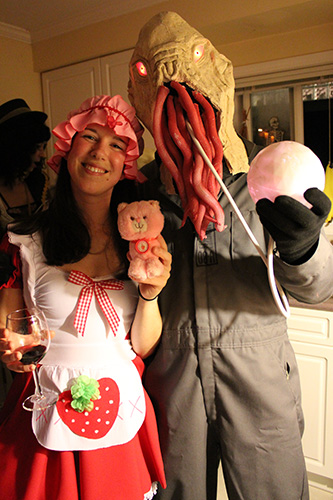 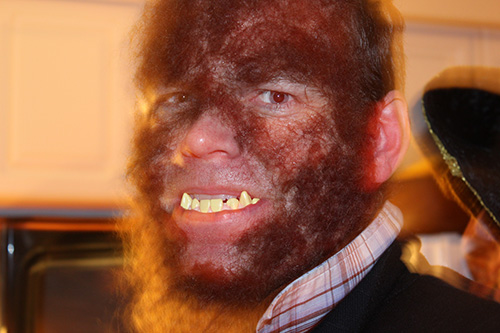 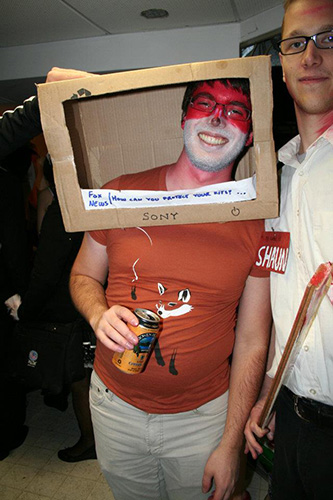 Fox news and he’s a fox. I get it. But it’s the fox on his shirt checking out the beer that wins me over. Ricardo. (p) Greg D 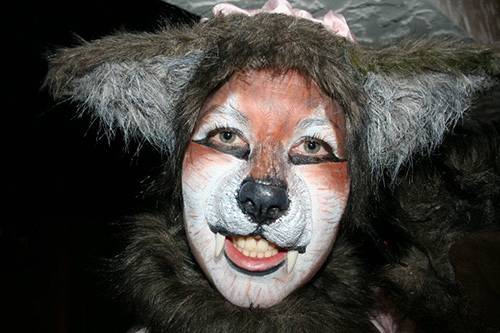 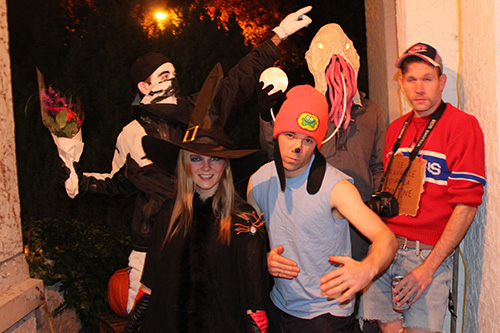 Villa hosts. Brad is that Banksy guy. Sarah a witch.

Greg the dog from some 90s DJ game (my vote for most obscure), Ard the ood, Mike hopelessly French. (p) someone 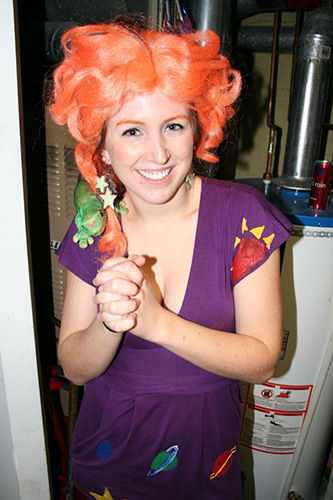 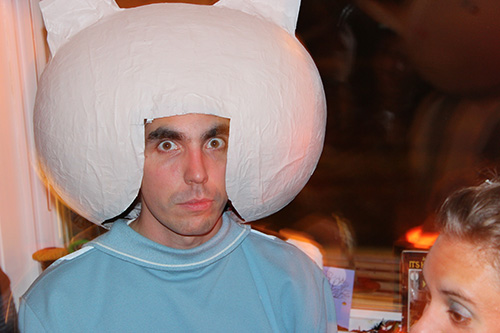 Alex’s costume is on the back of his head, some cartoony character? But this photo rules. (p) Ard 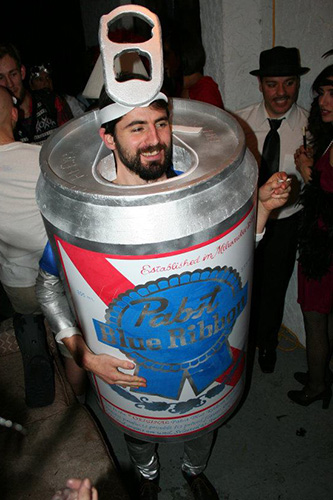 The detail on this was mind blowing. Em and Dylan get my best-dressed-couple vote. (p) Greg D 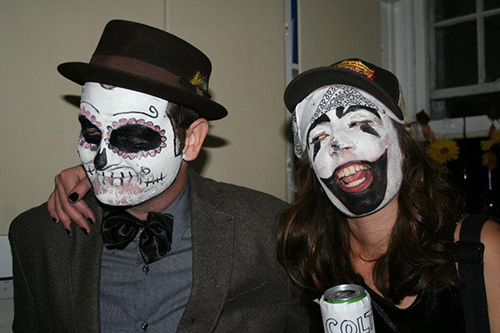 I’m gonna go out on a limb here and say this is a real-life Ed Hardy drawing. If I’m right, great costume idea! If I’m wrong, I have slighted you beyond forgiveness. (p) Greg D 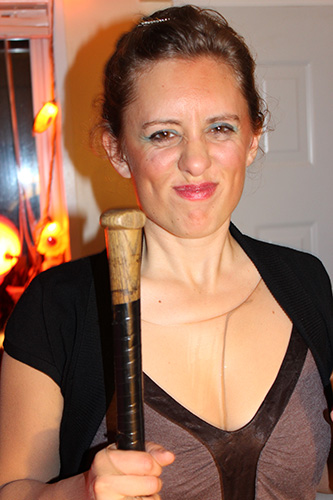 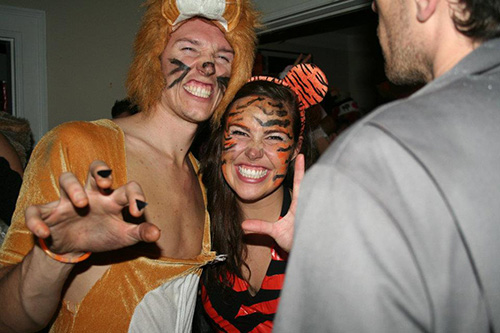 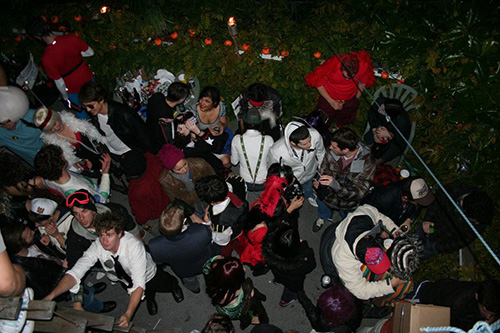 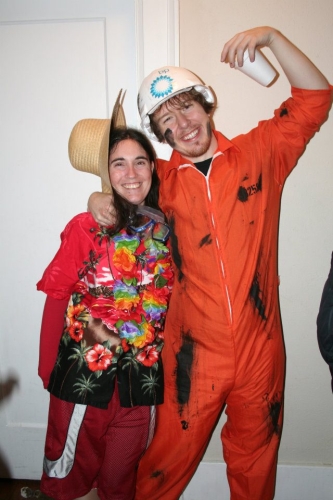 No idea who or what, but they look fun. (p) Greg 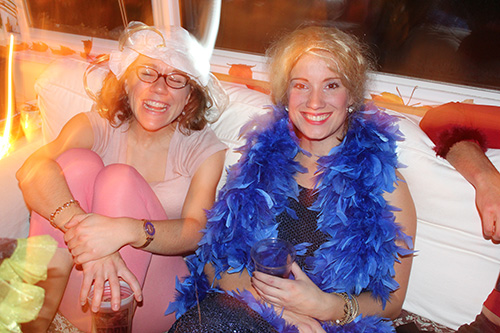 63% of a costume is attitude. Before I could guess what Madeline was, she screamed “I’m a JELLYFISH!”. Madeline, Sarah. (p) Ard