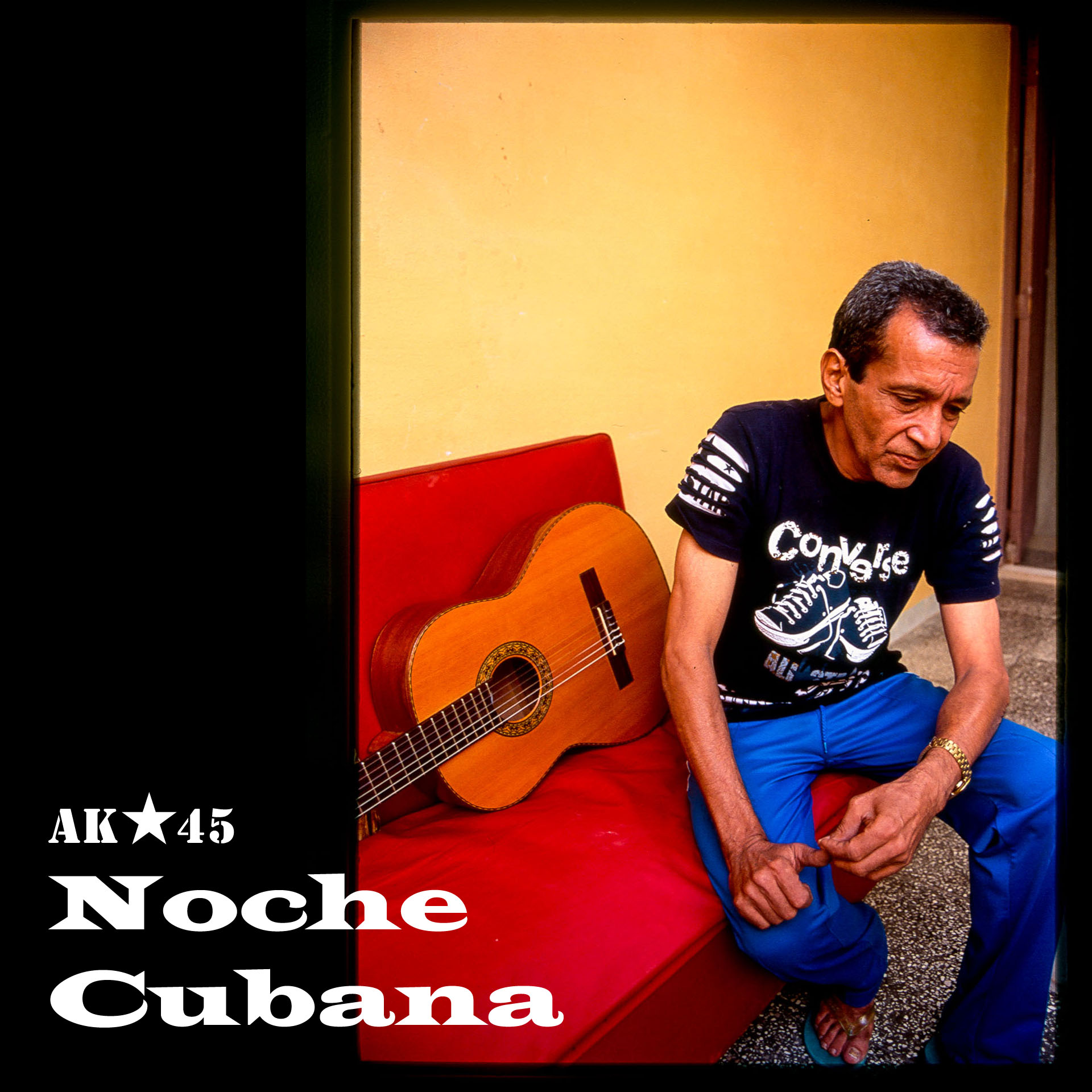 All tracks are from records I picked up in Cuba in 2009. While not the primary purpose for my trip, I hoped to get a chance to dig for some Cuban gold.

The record store in Havana (yes, there’s only one), is pretty much shit. It’s half a plumbing store, half record shop with about 10 crates of picked over salsa records.

I had more luck at the flea market in Plaza de Armas and happened upon a Frank Emilio with Tata Guines record. I excitedly asked the market vendor where I could find more like this. He called some friends, and later that evening we took a “local’s taxi,” (i.e. anyone with a car and an extra seat making a bit extra cash. Cool for locals, but illegal for tourists) deep into Centro Habana. I entered into a broken down home powered by a single light bulb in the middle of the living room. A guy brought out about 2 crates of records, and as he put it “crema, crema, CREMA.”  Top notch music.

Unfortunately I only had room in my pack for about a dozen, and I did end up paying about $100 for the lot — which is, I don’t know, like a year’s salary for the average Cuban. We both left very happy.

Some of the records are a little scratchy, but like the country itself, this just adds character. 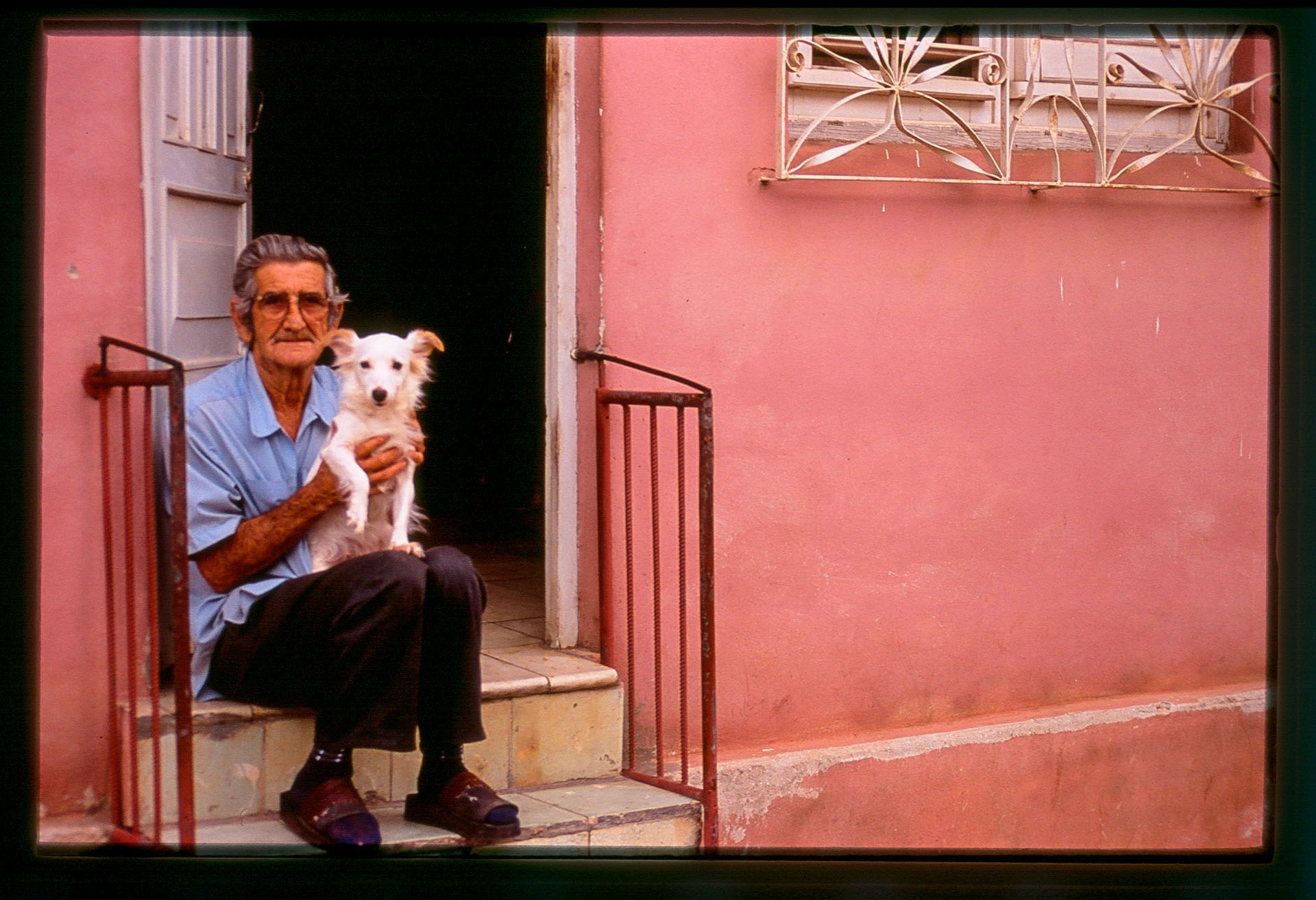 After posing for this shot, the man pointed to a building across the street, a Committee for the Defense of the Revolution (CDR) center, and warned me to be careful. The CDR is a neighborhood watch program that reports all “non-conformist” activity to the government. Membership is optional, but because members receive increased social assistance, approximately 75% of the population are members. My hunch is the other 25% is made up of those old enough to remember a pre-castro Cuba. 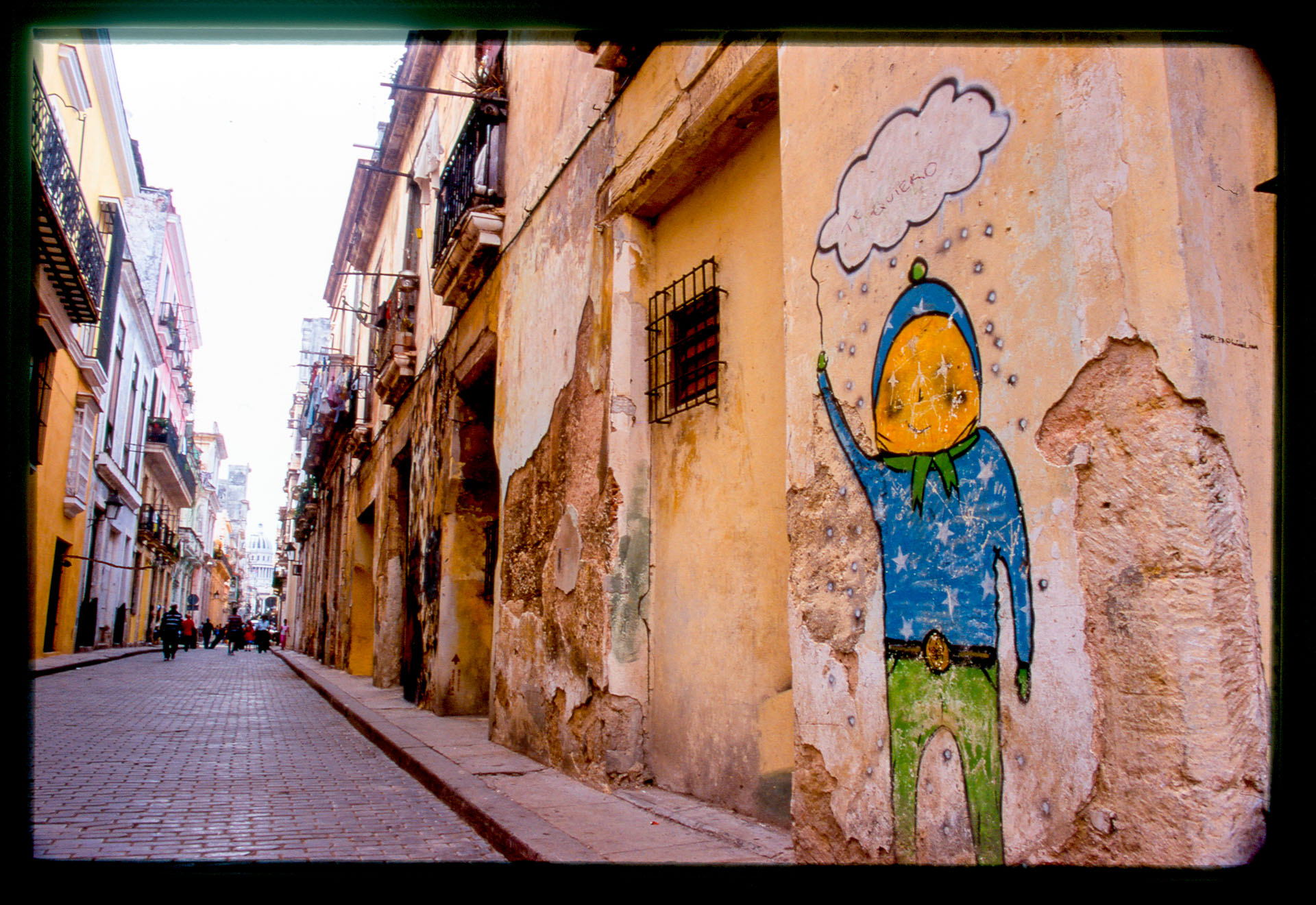 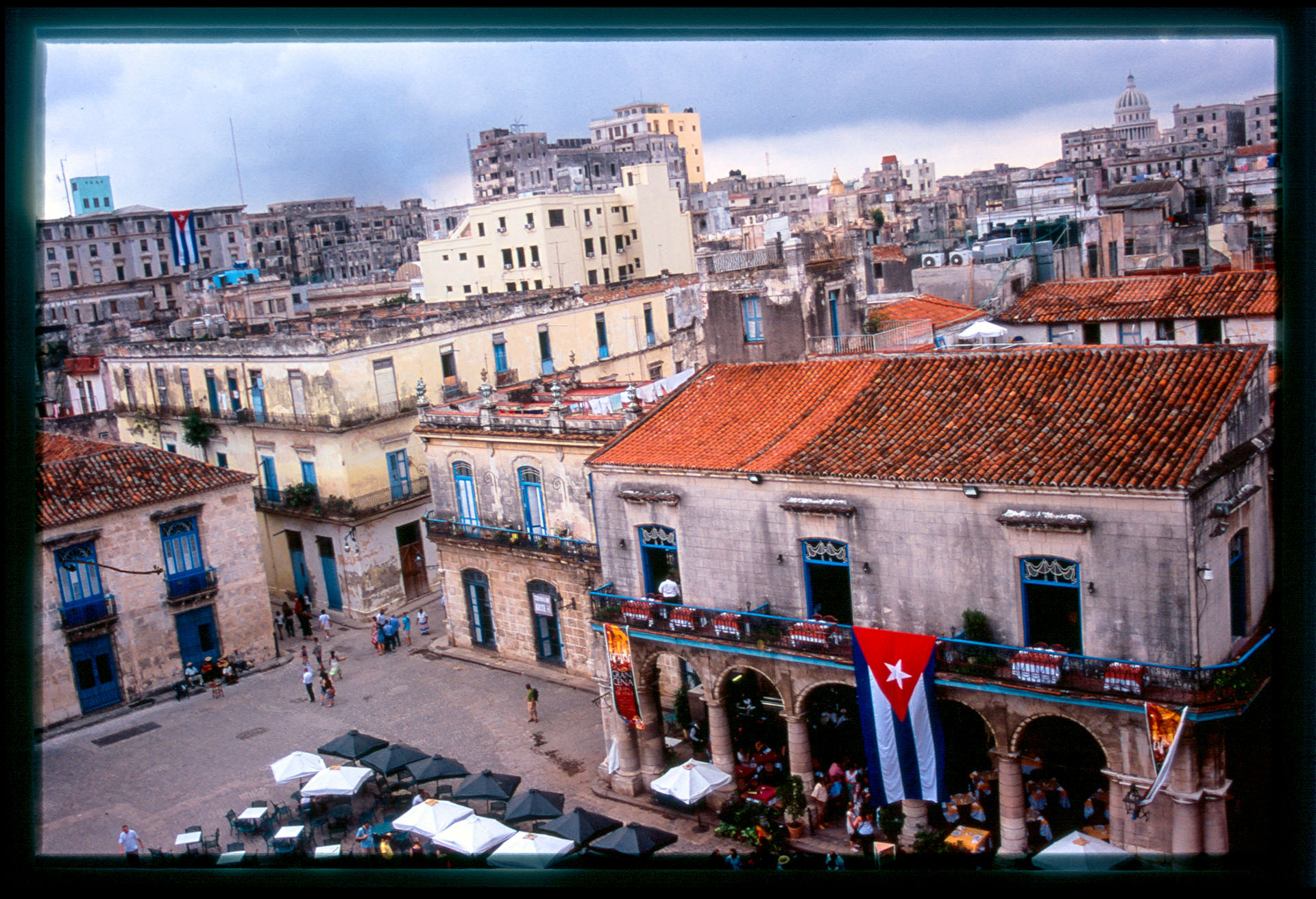 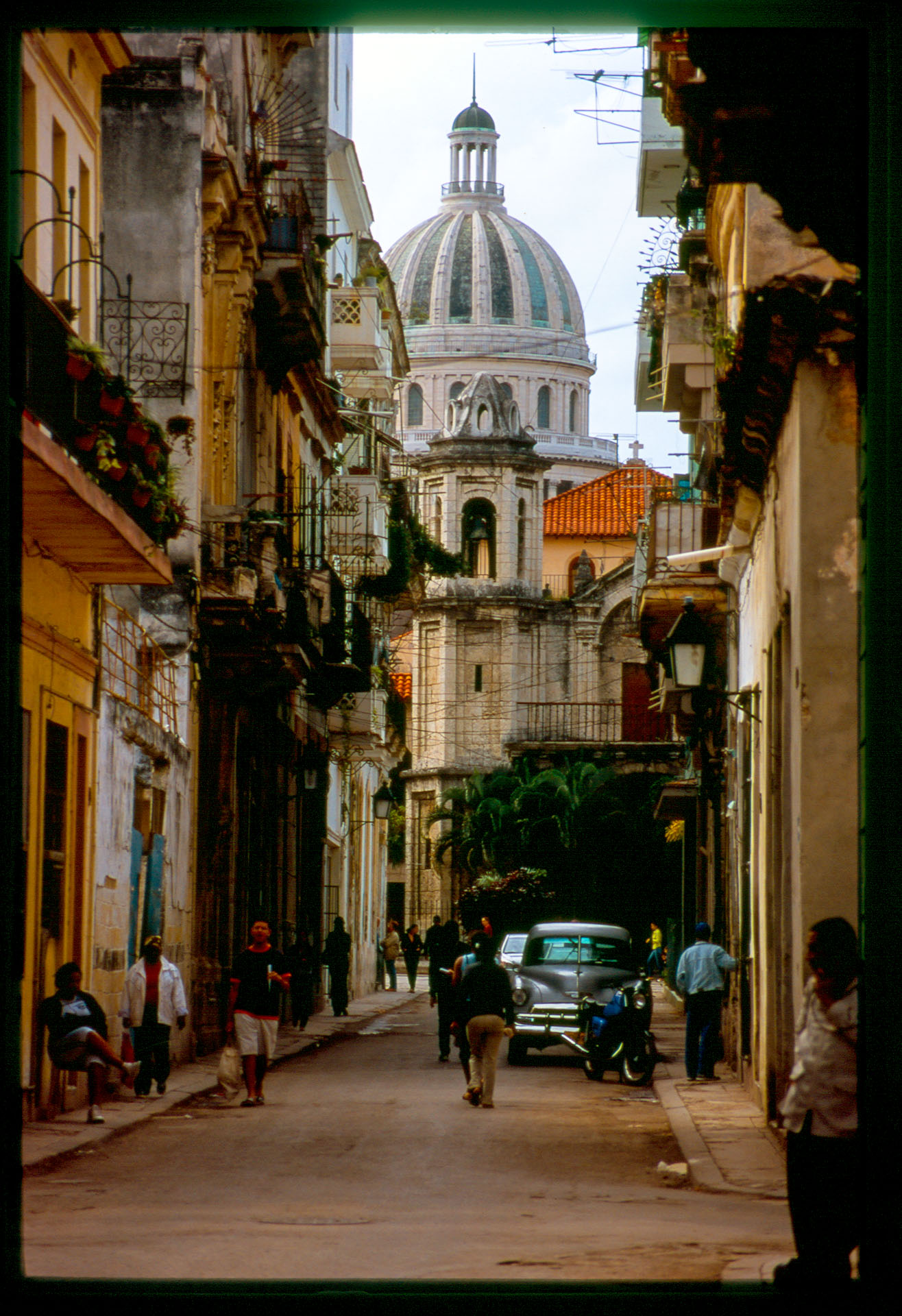 El Capitolio, in the background, was modeled after the US White House. 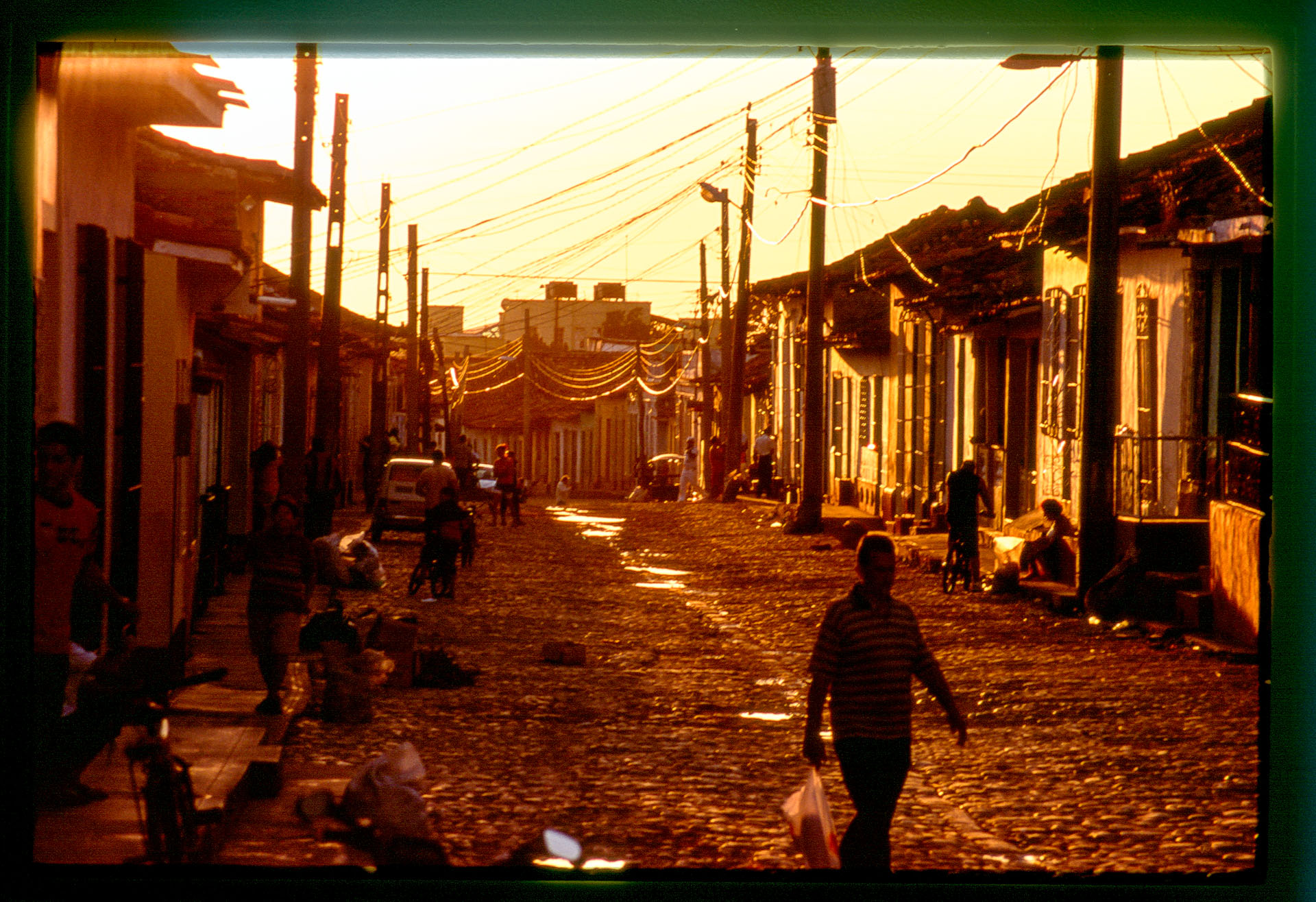 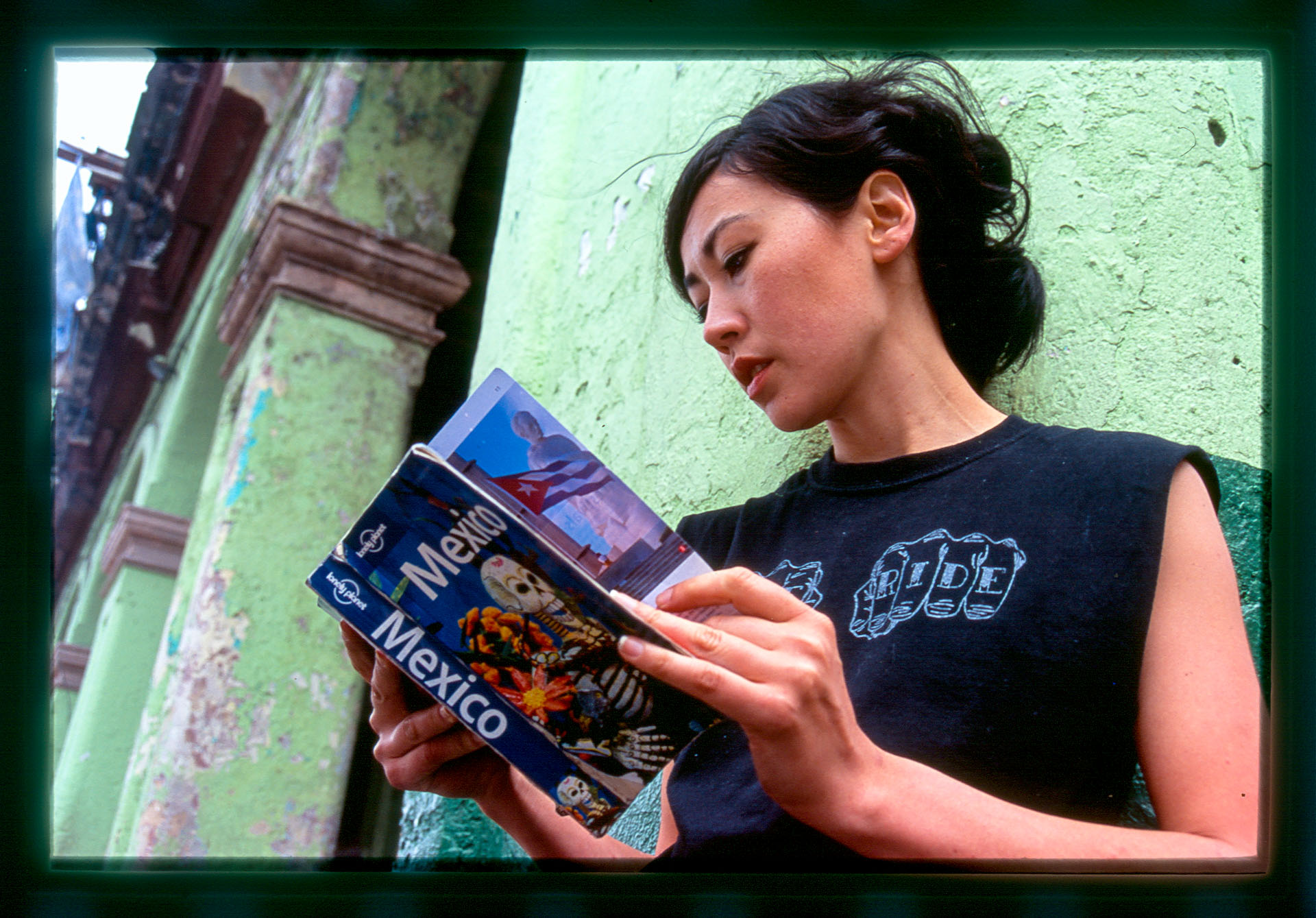 Americans can visit Cuba on an “education tour”, or enter illegally through Canada or Mexico. Nova, from San Fran and not on the tour, glued a Mexico Lonely Planet cover over her Cuba guidebook. Brilliant. We travelled together for a few days. 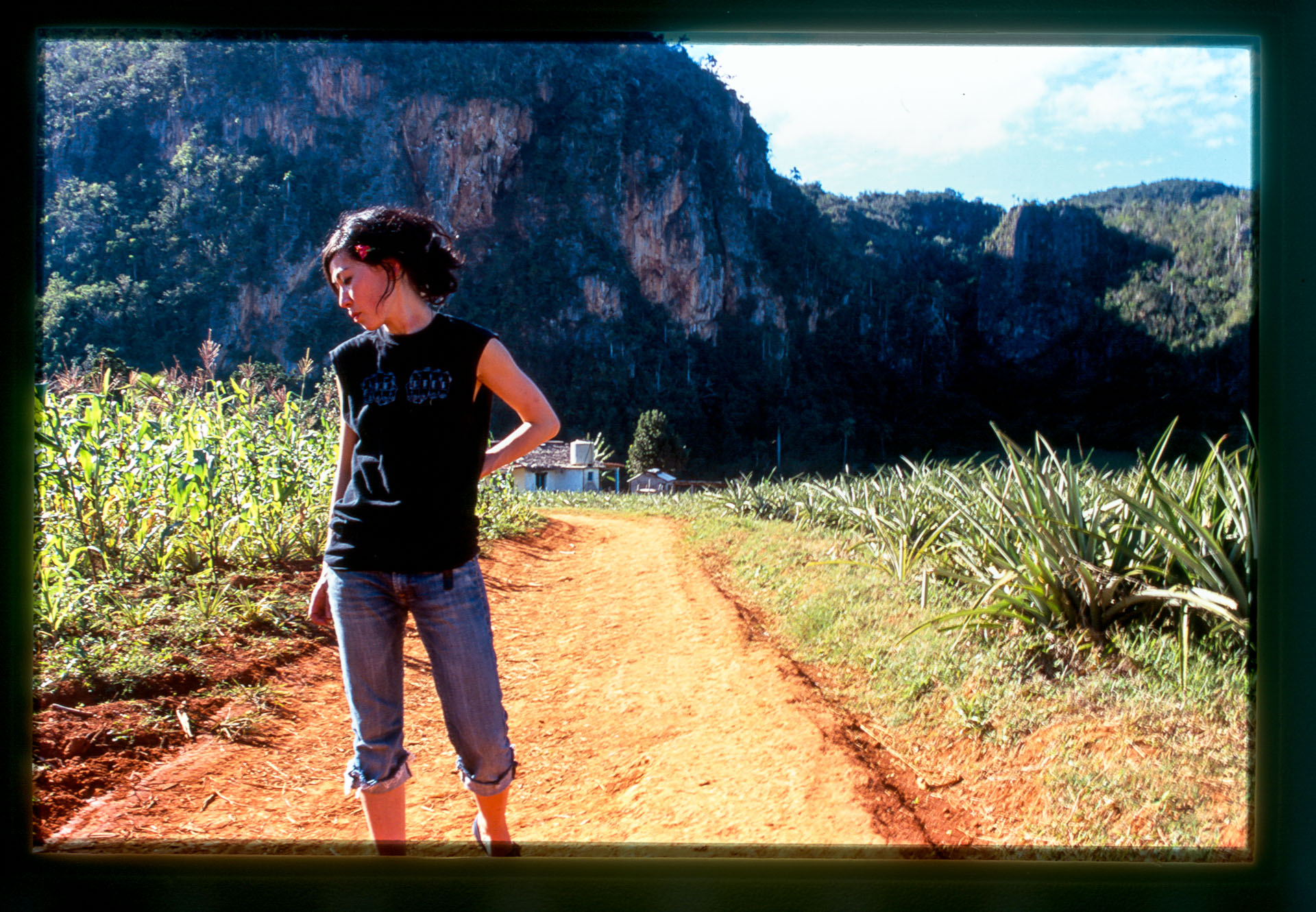 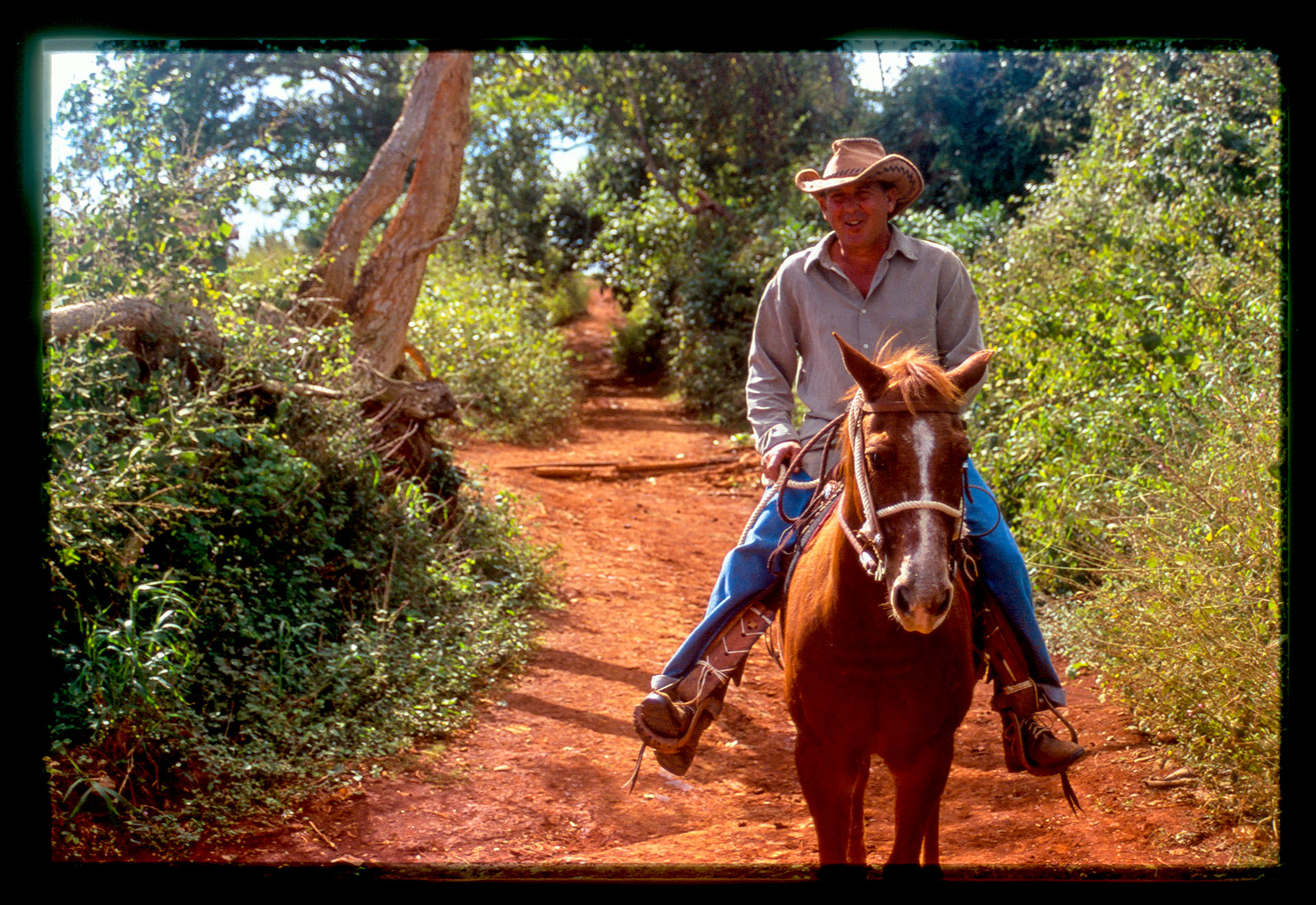 I’d read up on the guajiro, a proud peasant Cuban farmer responsible for son music (à la Buena Vista Social Club), and was excited to meet one. This guy looked as qualified as anyone. When I asked if he was a guajiro, he laughed, “no I’m the town doctor.” 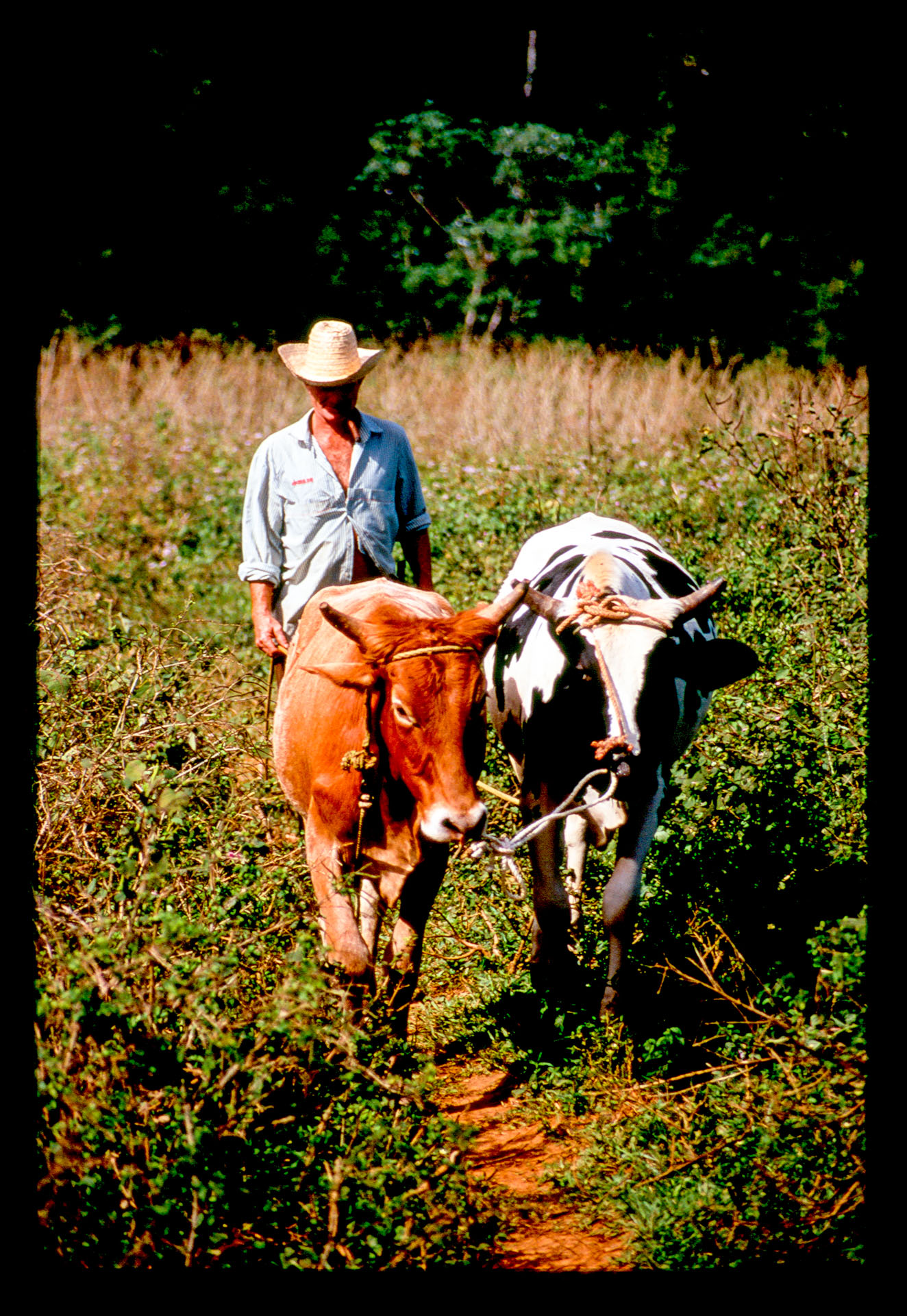 I didn’t see a single tractor. 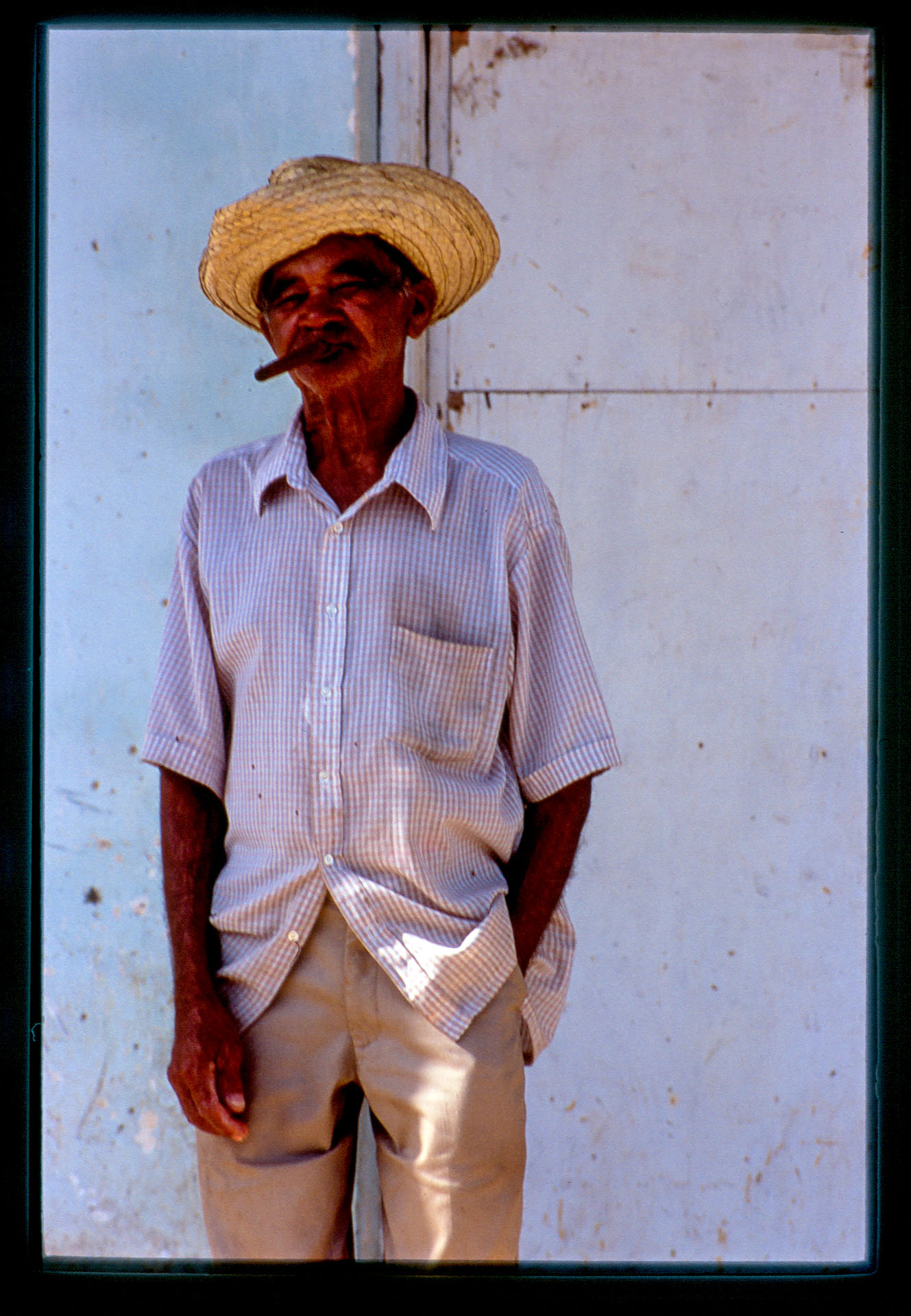 It’s hard not to feel like just another fucking tourist when taking shots of people, but Cubans are amazingly gracious. I was never turned down, and they always stood proud. 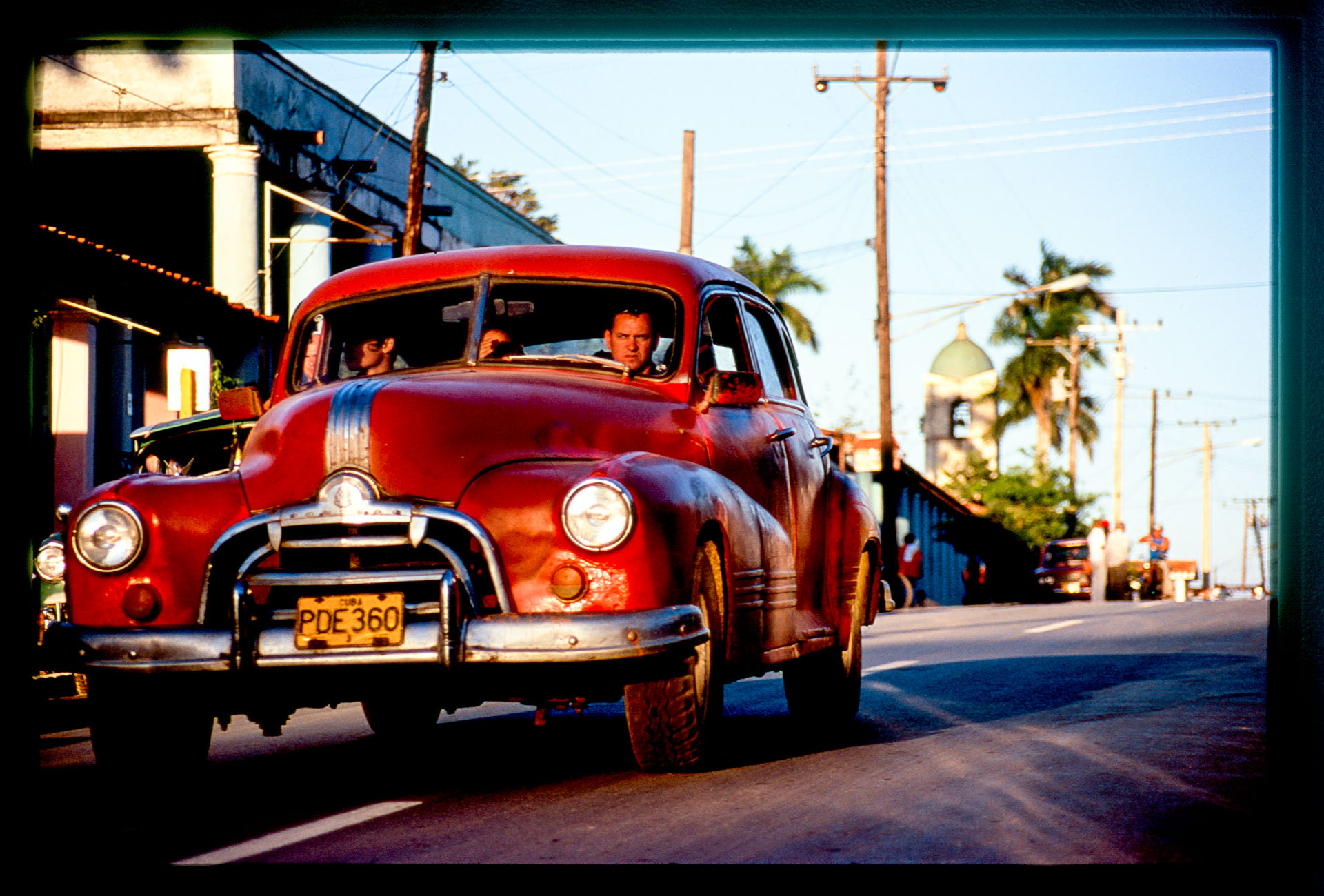 What the world would look like if they stopped making cars in 1960, i.e. heaven. 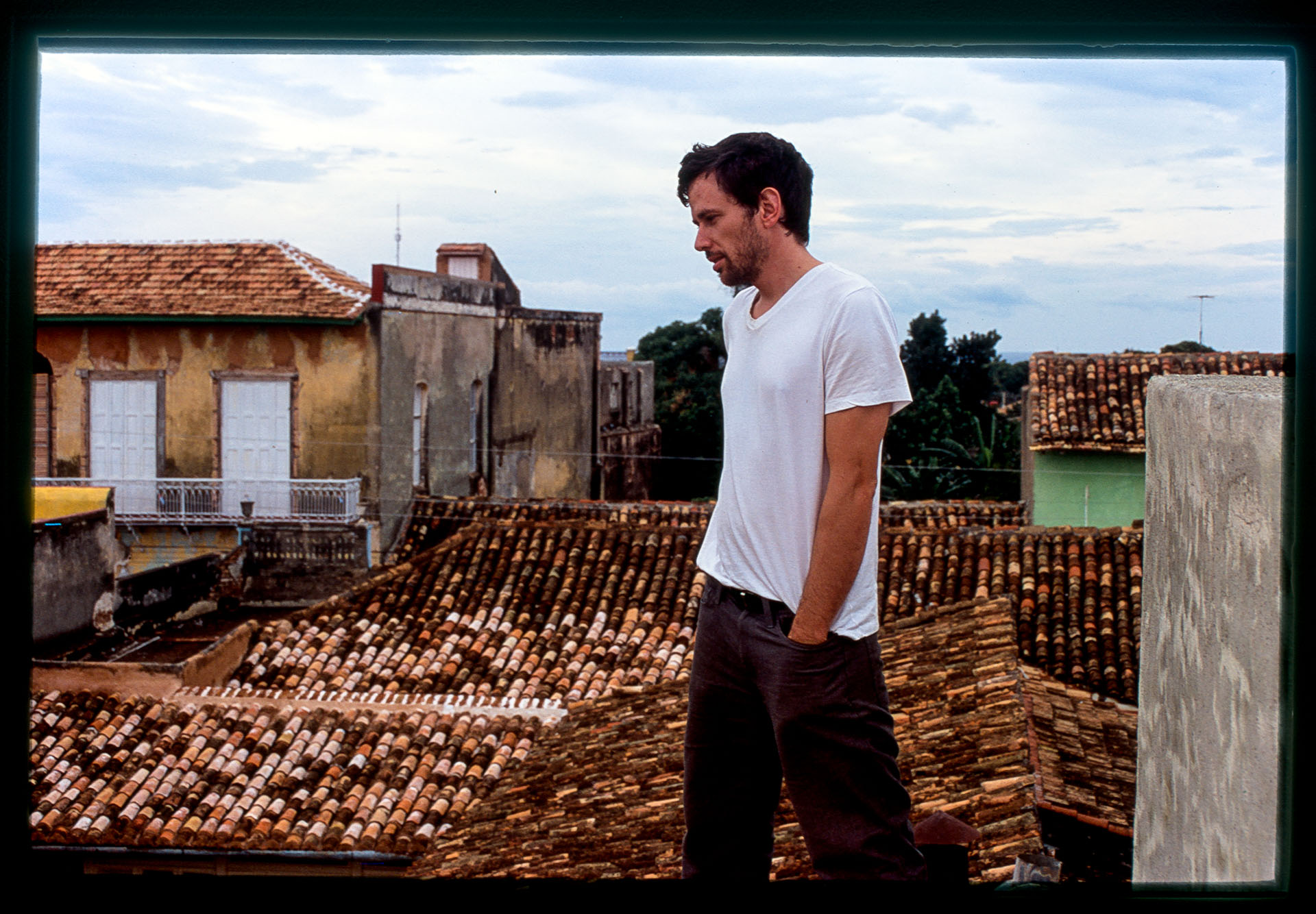 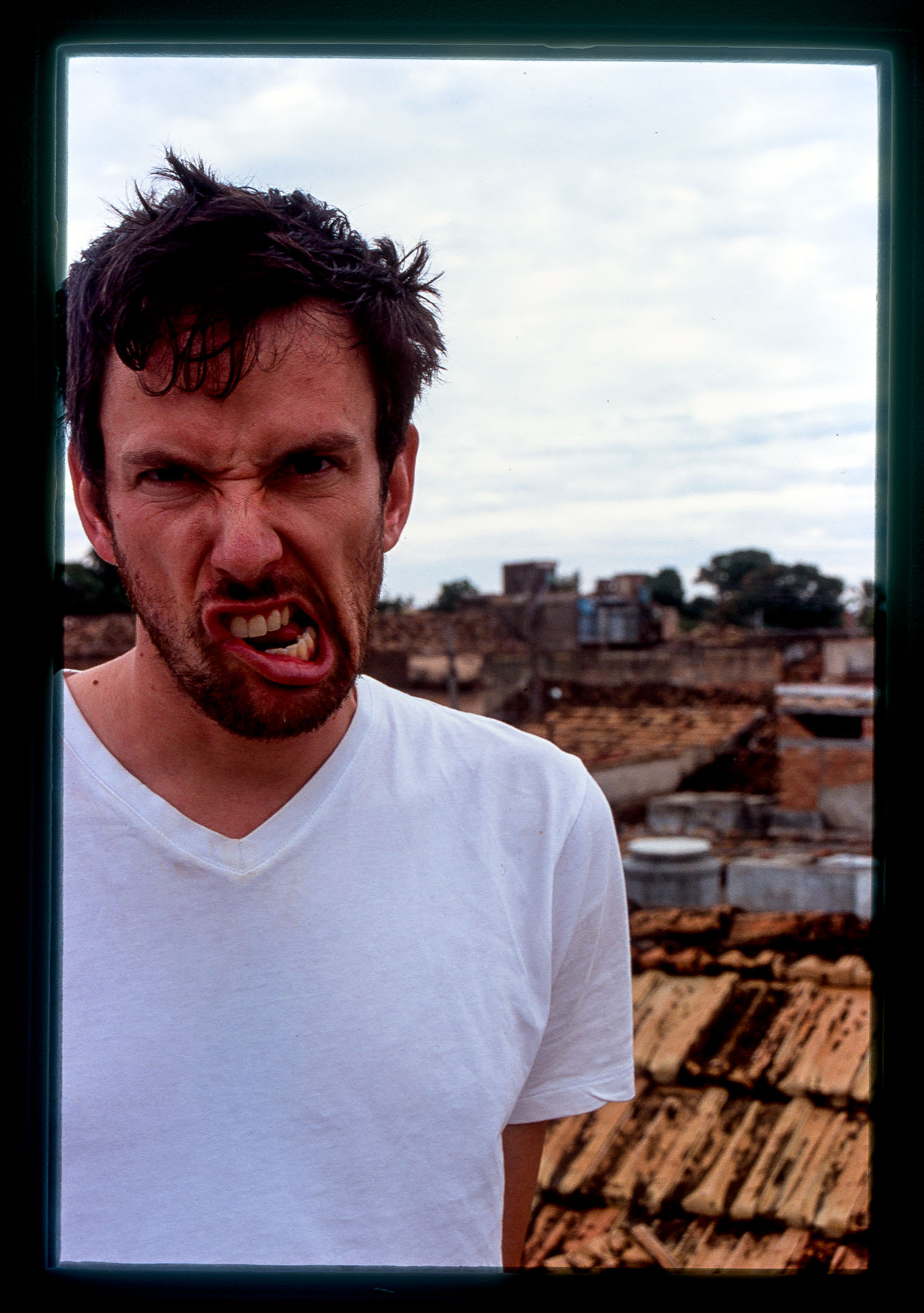 Trinidad, a 500 year old city grossly overrun by tourists. Arriving buses are mobbed by jineteros (hustlers), who are commissioned to get you into a restaurant/hotel/casa. Likening the experience to The Beatles arriving at JFK, I pulled out my pen and autographed the first sign waived in my face. Why? Because I’m an asshole. Fuck jineteros, go…uhmmm…be poor somewhere else? 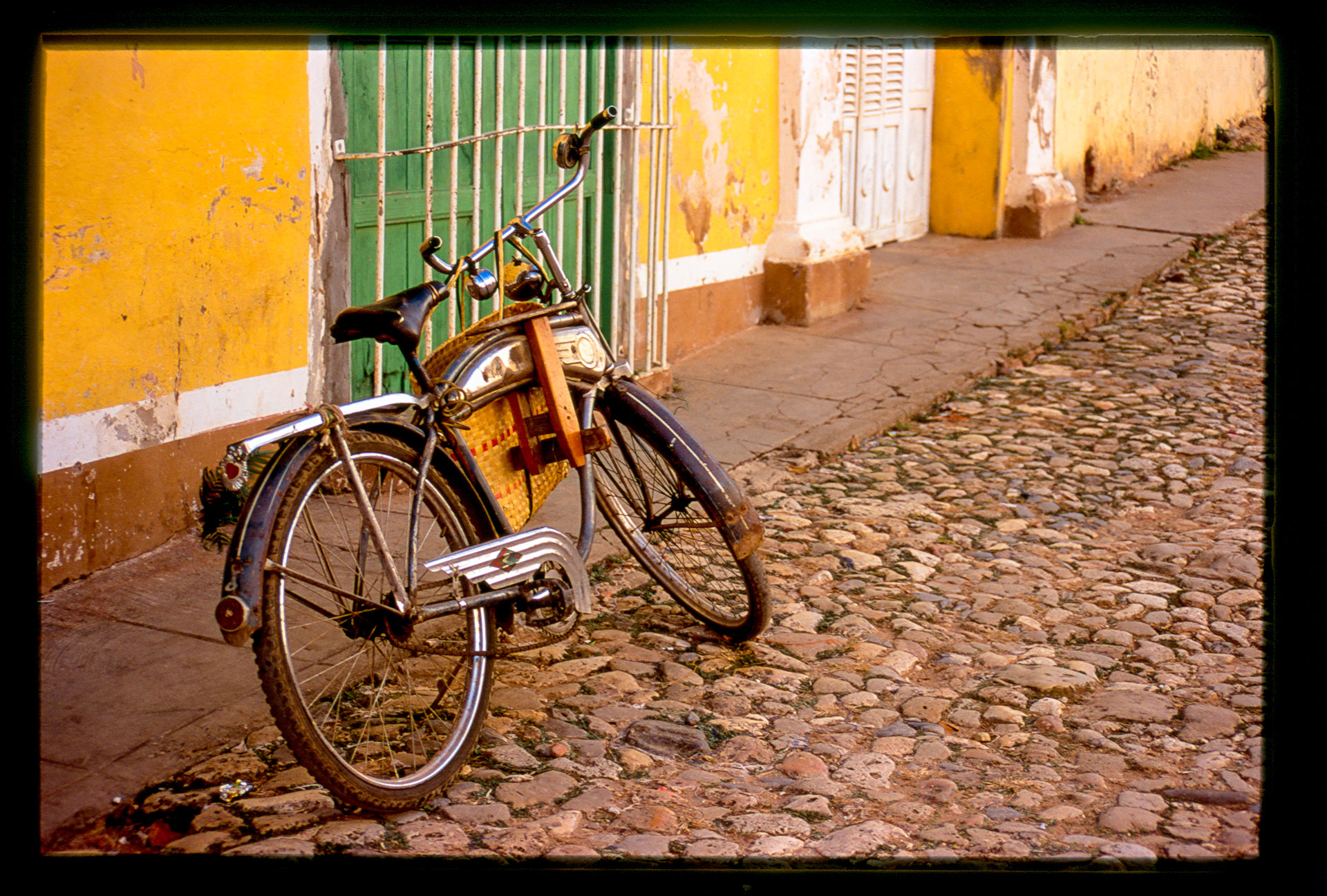 The government’s solution to the lack of petrol: free bikes for everyone (true story). Many have a wooden seat on the top cross bar for passengers. 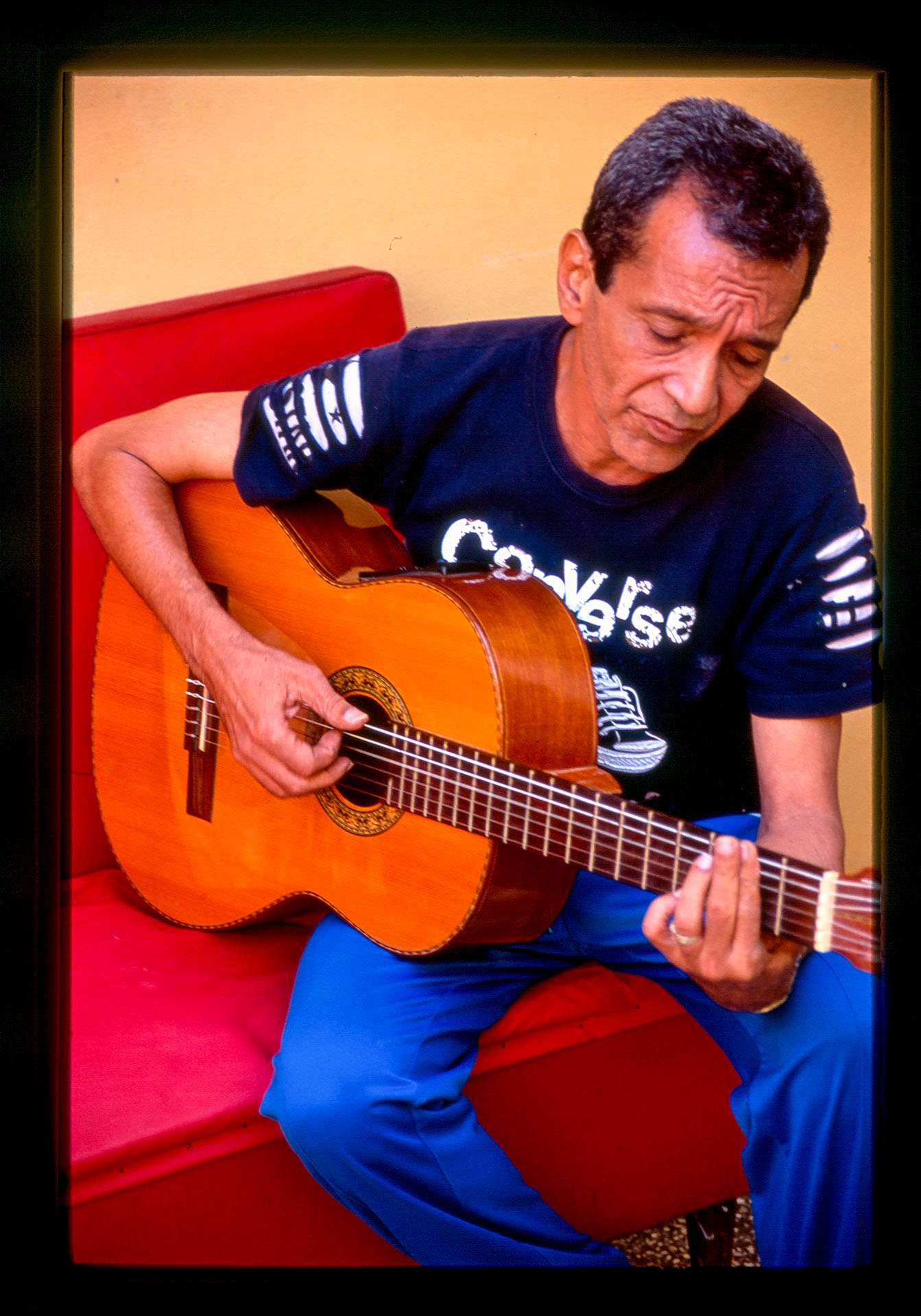 In Trinidad, I stayed with Pedrito, a muy importante Cuban musician. He graciously sang me a song — three minutes of magic. I fumbled out an “ahora puedo morir en paz.” Beyond a doubt, it was the highlight of my trip. 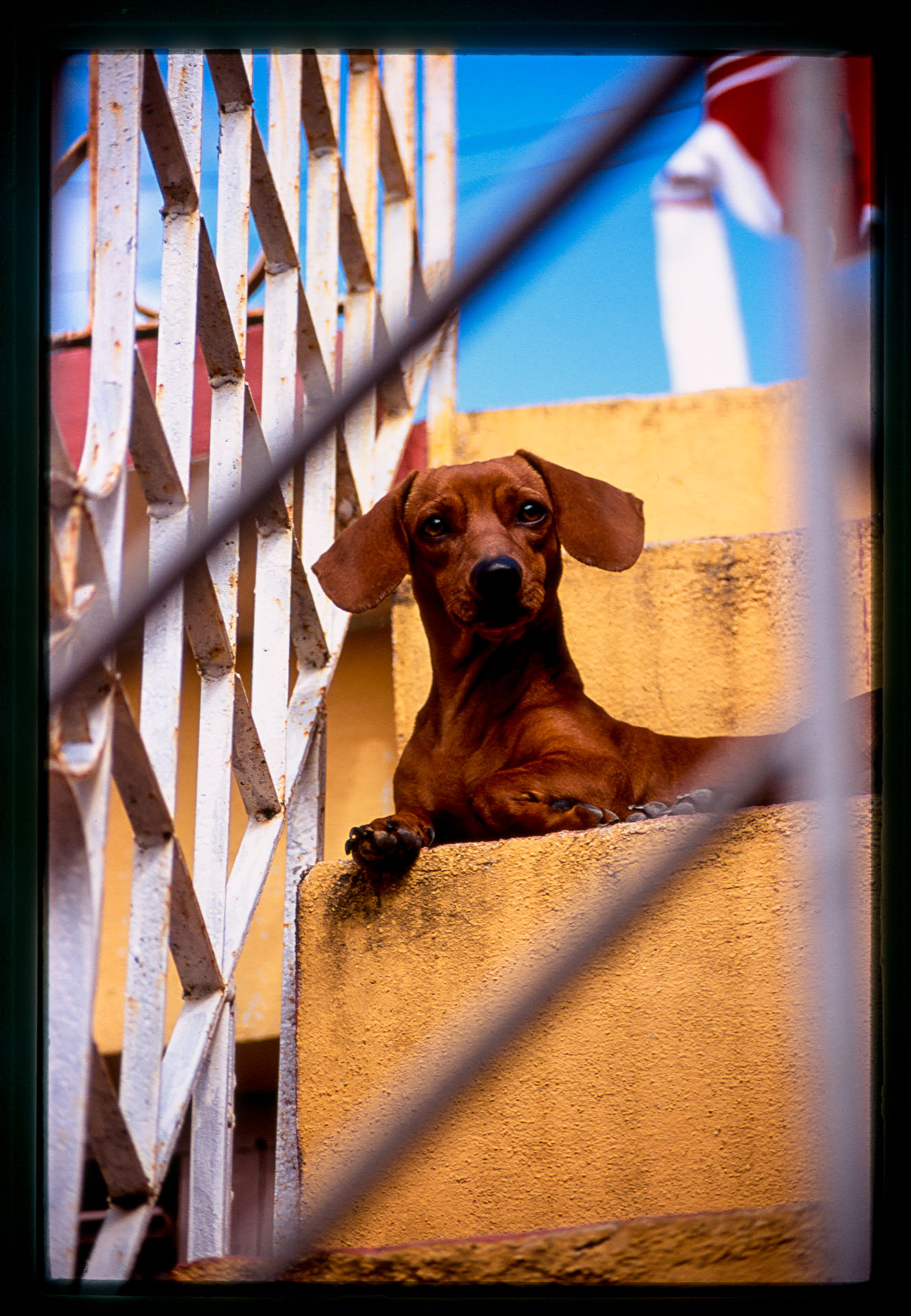 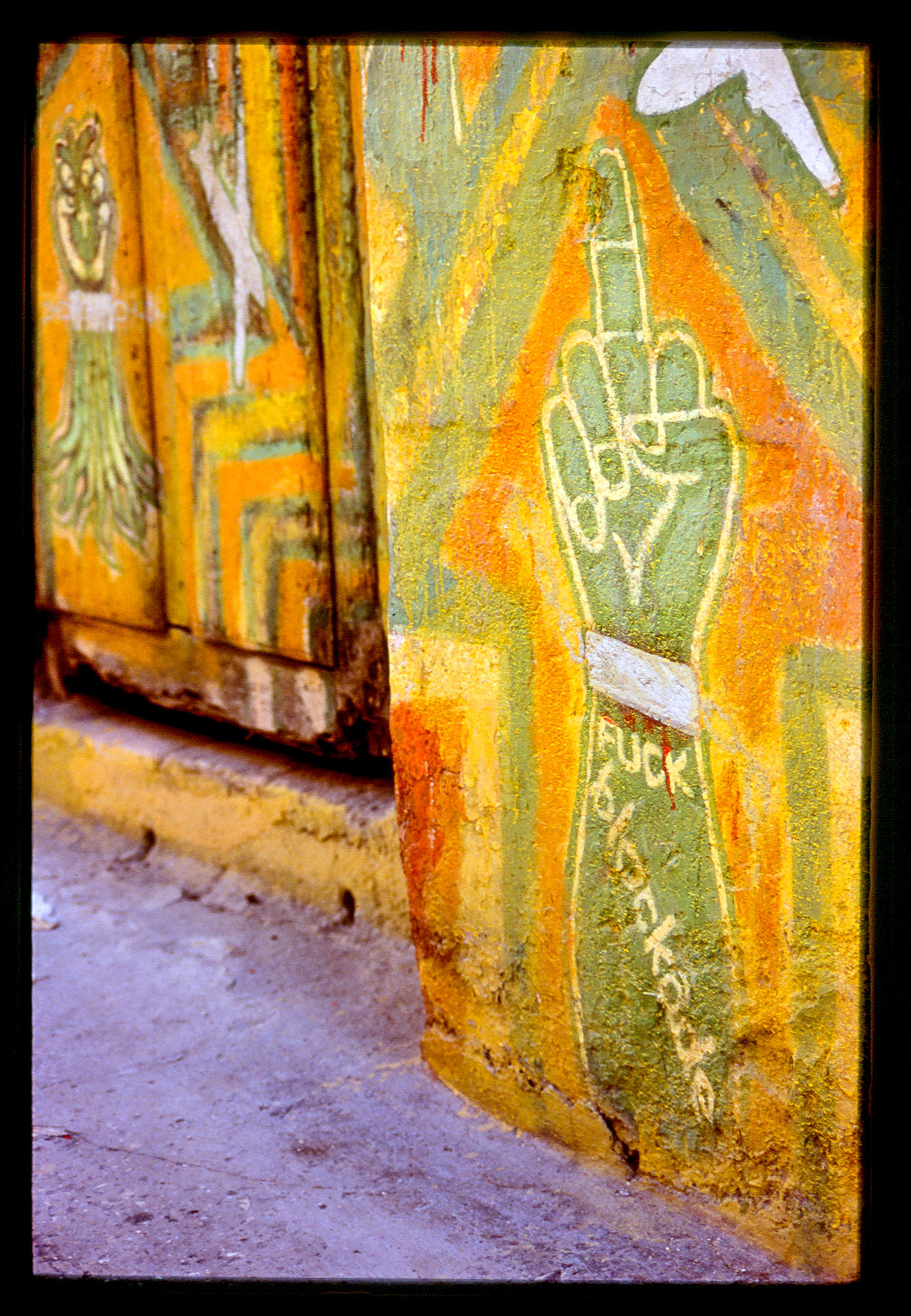 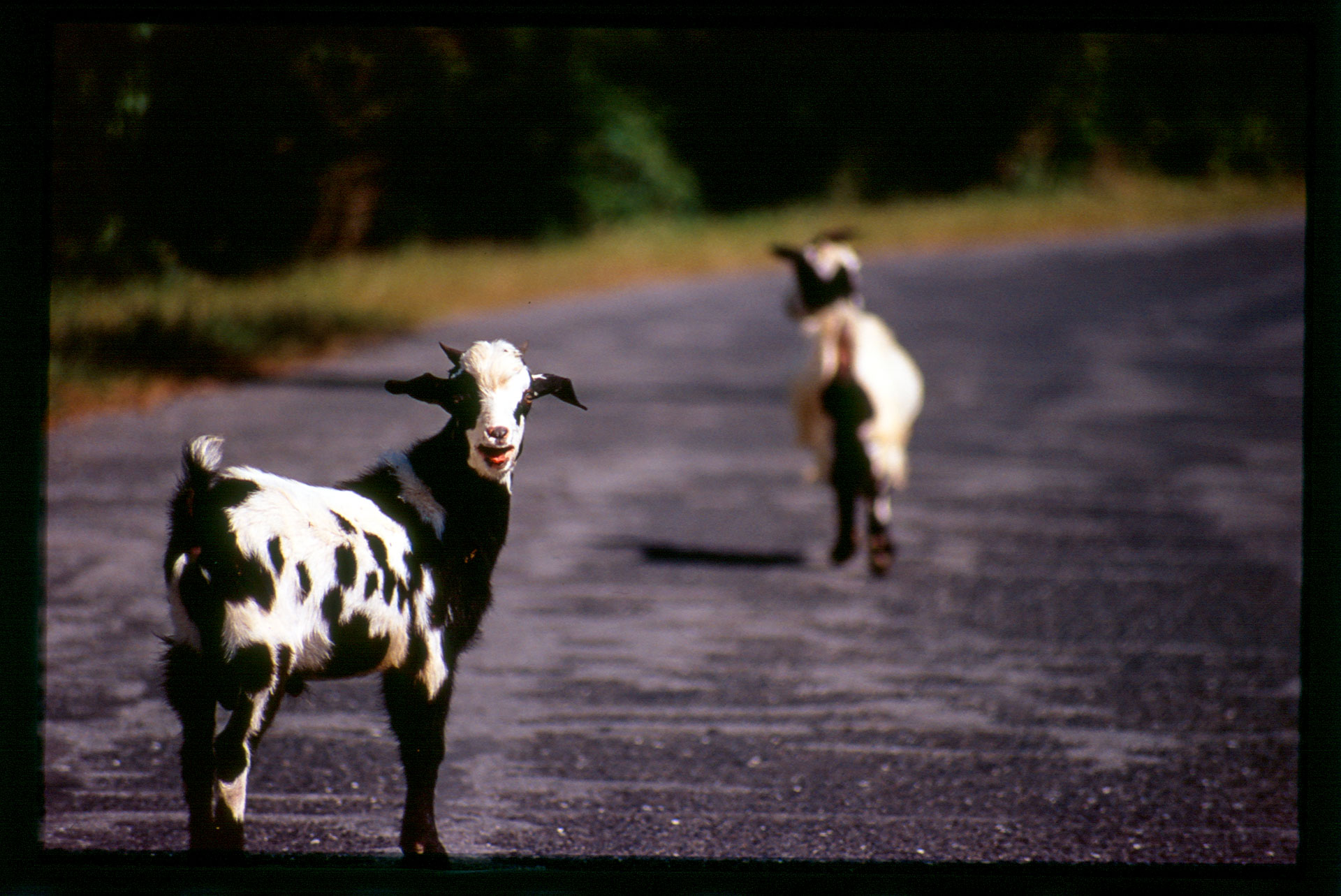 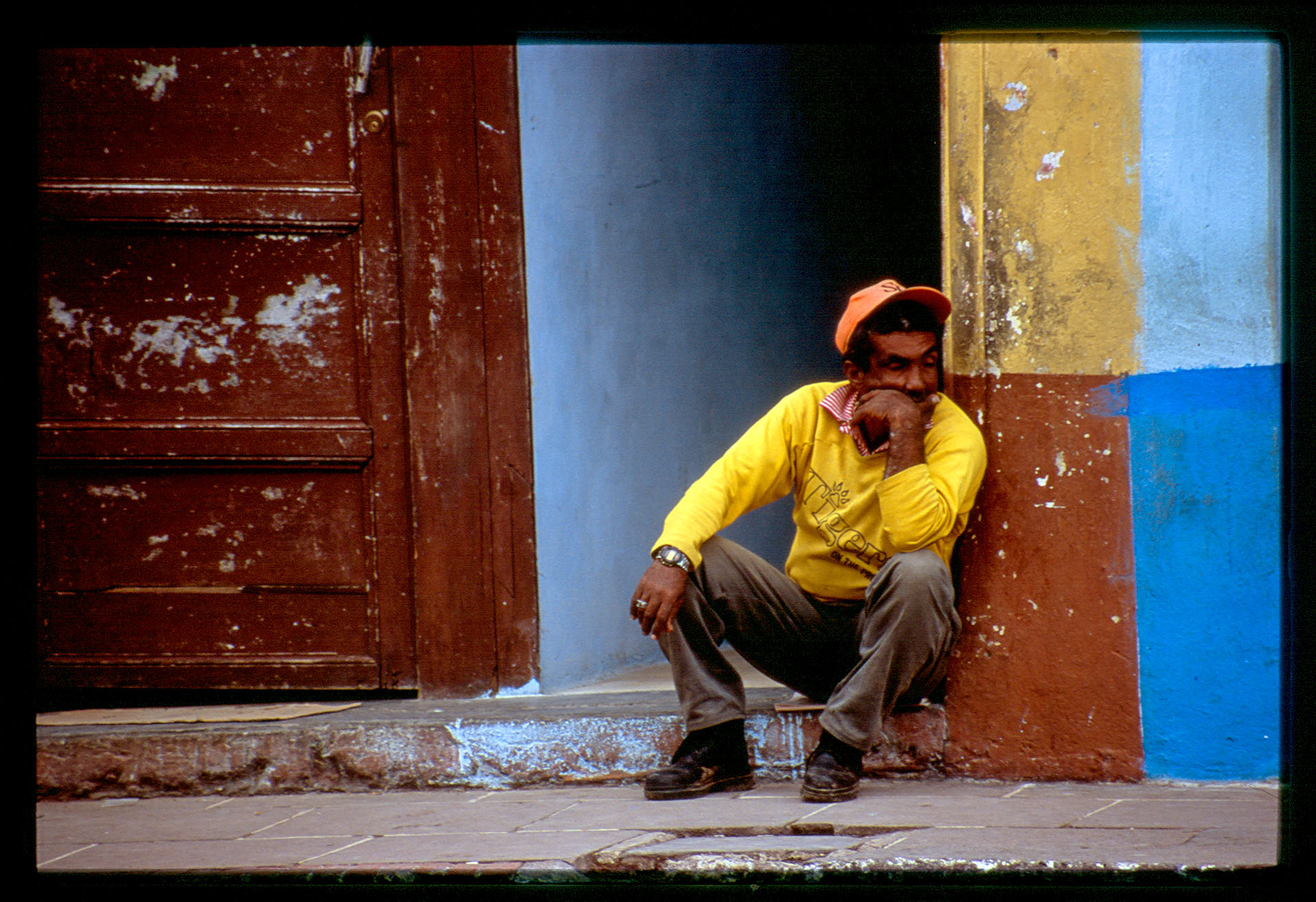 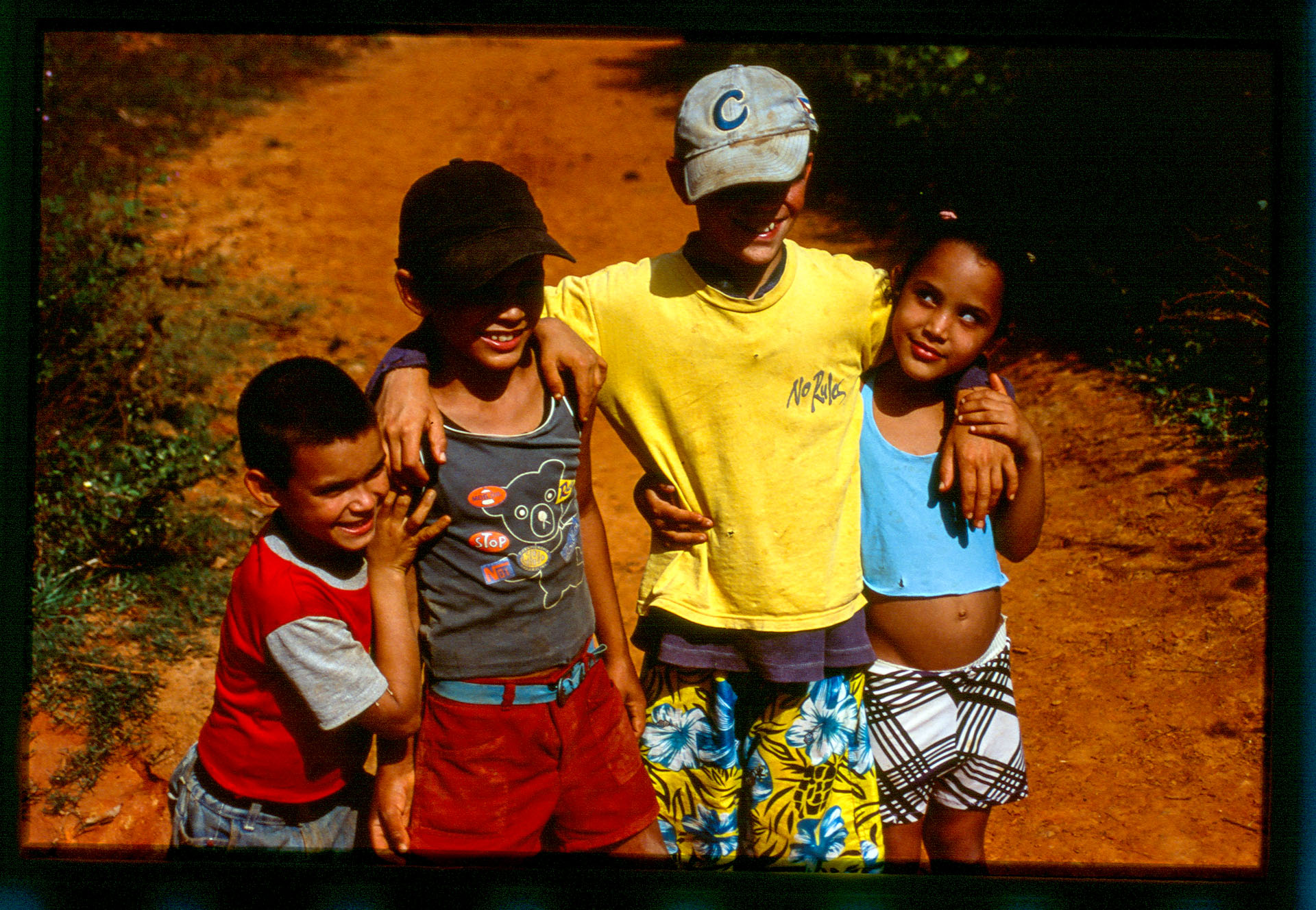 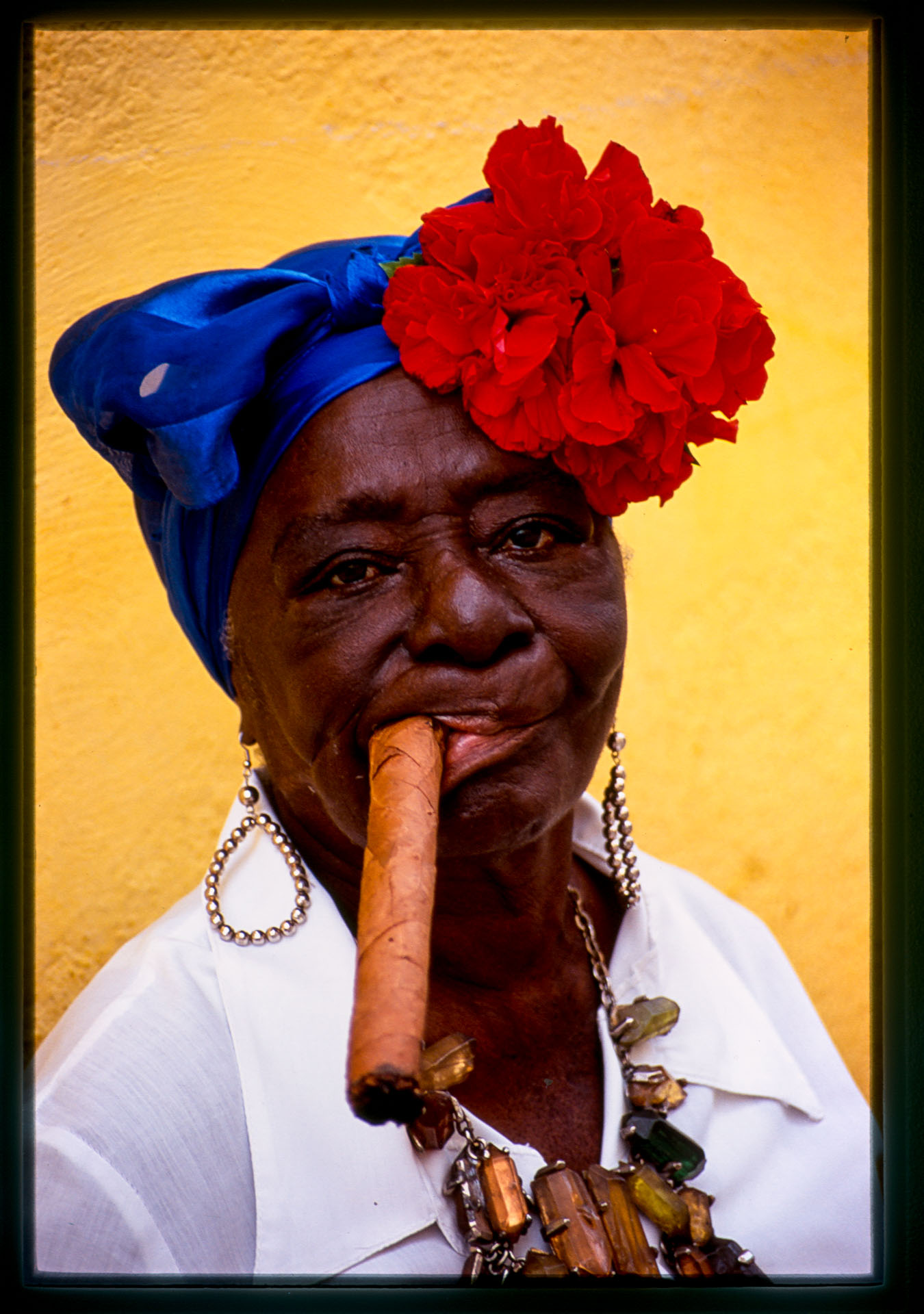 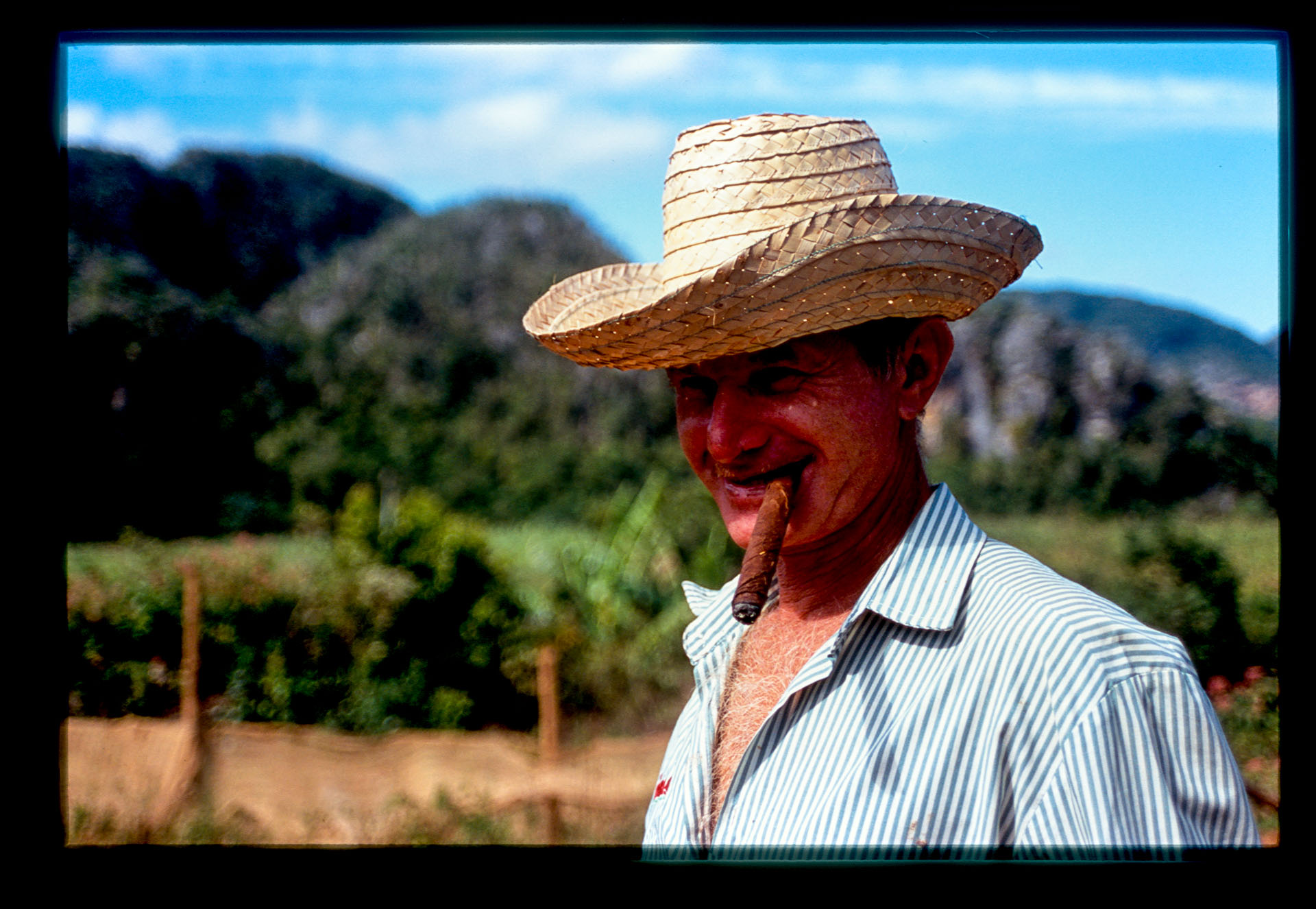 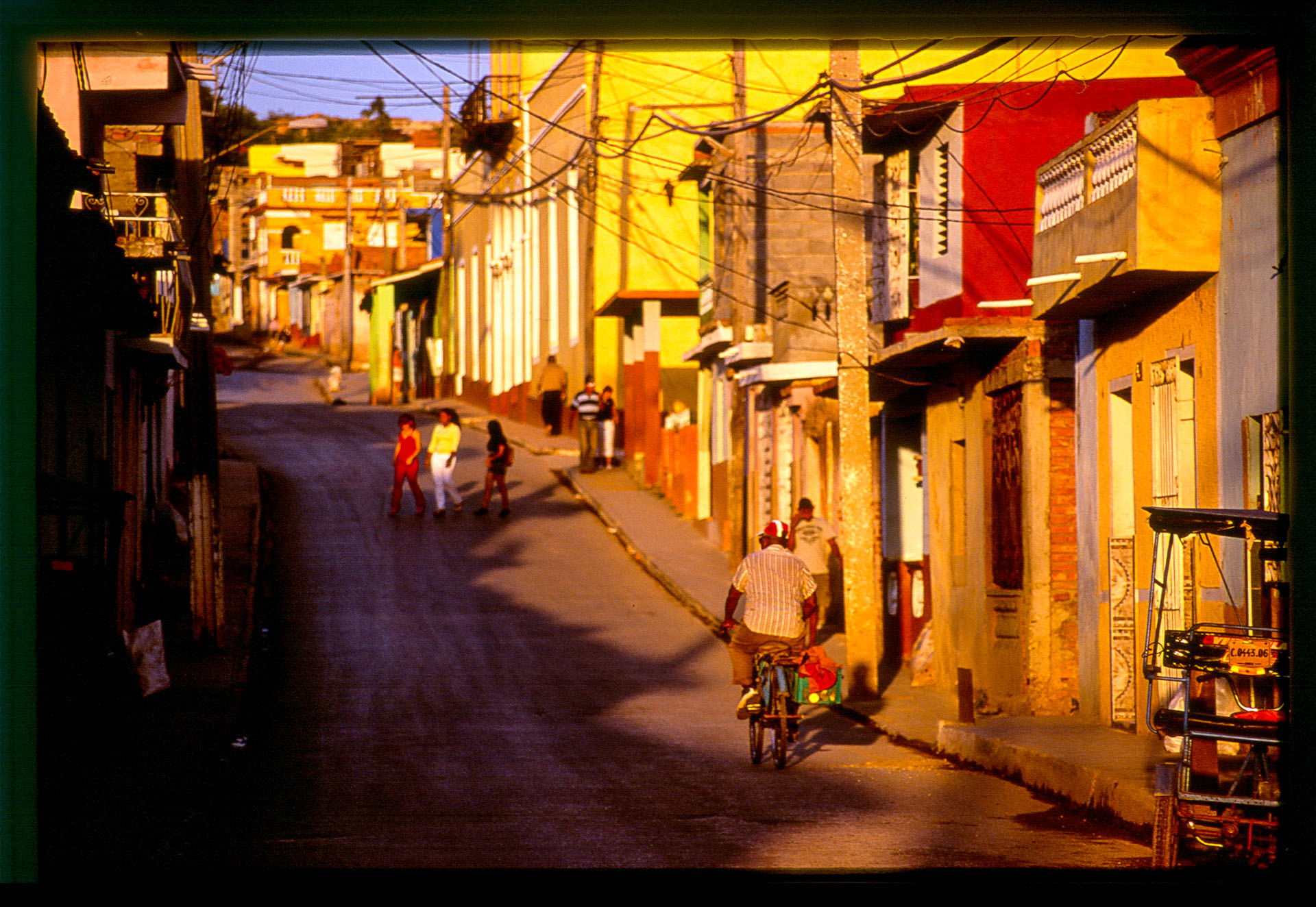