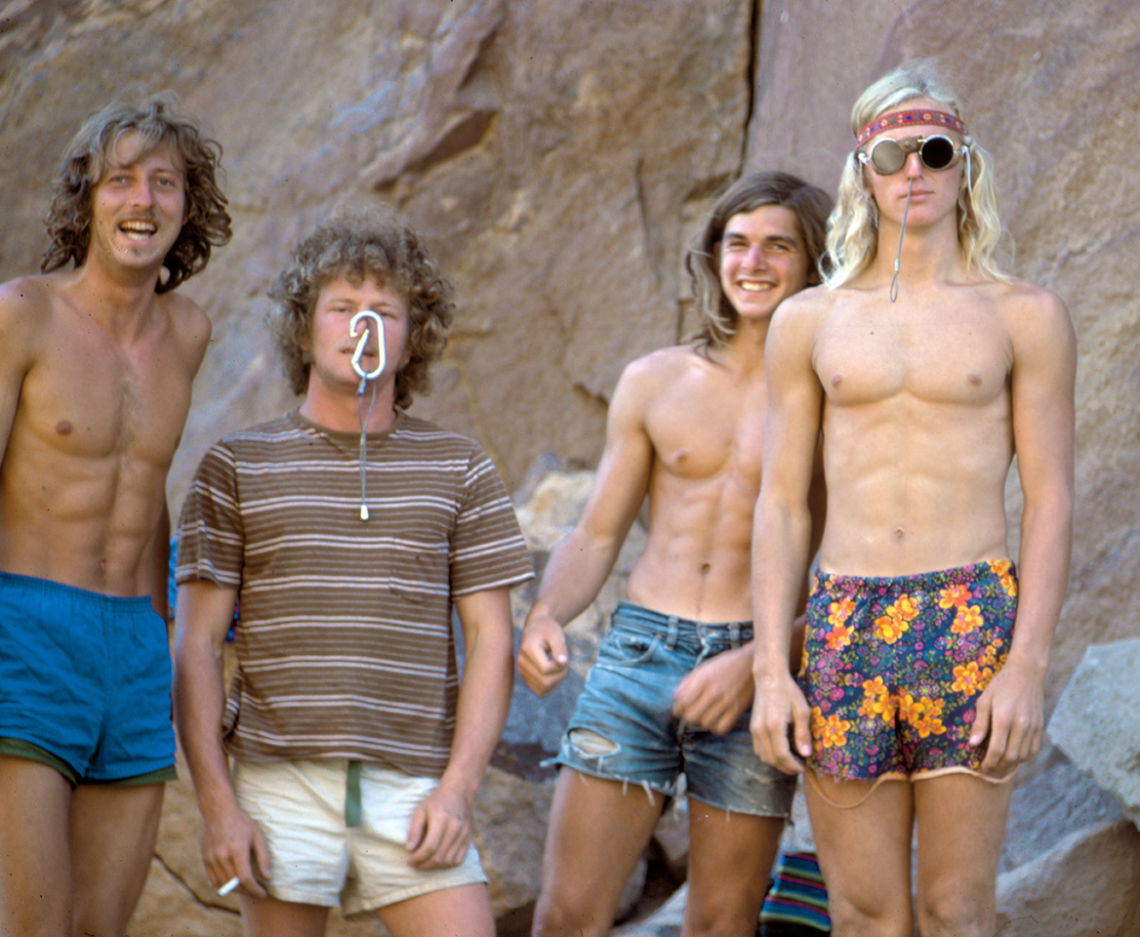 John Bachar, 51, died yesterday while free soloing on Dike Wall’s 80 ft North Wall near Mammoth Lakes. No one saw the fall, however several climbers heard it and found Bachar at the base of the climb. He was unresponsive and died at the hospital.
John was a legend in the climbing community. Part of the prolific 1970s Yosemite climbing scene, he free soloed many test piece routes, including The Nabisco Wall [Waverly Wafer (5.10c), Butterballs (5.11c), Butterfingers (5.11a), Yosemite] and The Gift [5.12c, Red Rocks]. Regarding Bachar’s groundbreaking day on the The Nabisco Wall:

“‘You get a little bit of everything on the Wafer: stemming, hands, fist, lieback,’ says Bachar. ‘Then on Butterballs you’re on a sea of blank, vertical granite and there is this perfect finger crack. It’s like you’re on the side of a building, perfectly vertical and perfectly flat. And then you’ve got your hero finish on Butterfingers. You’re cruising on perfect hand jams on this absolutely bitchin’ wall and you’re feeling like king of the world.'” – from Fifty Favorite Climbs by Mark Kroese

At one point Bachar could do one armed pull-ups, holding a 12 lb dumbbell in the other hand.

See this clip from Michael Reardon’s Bachar – Man, Myth, Legend, regarding how Bachar posted a note in Yosemite on July 1981 promising anyone $10,000 if they could follow him for a day.

Bachar, along with Peter Croft, have been my case studies when explaining the dangers of soloing. I’ve always believed that, objective hazards aside, if sufficiently mentally and physically trained one can overcome the dangers of free soloing. Bachar and Croft have been living examples of that for over 30 years.

Bachar’s death certainly hits hard, the passing of one of the invincibles. My condolences to his friends and family. More details will be posted as they are released.