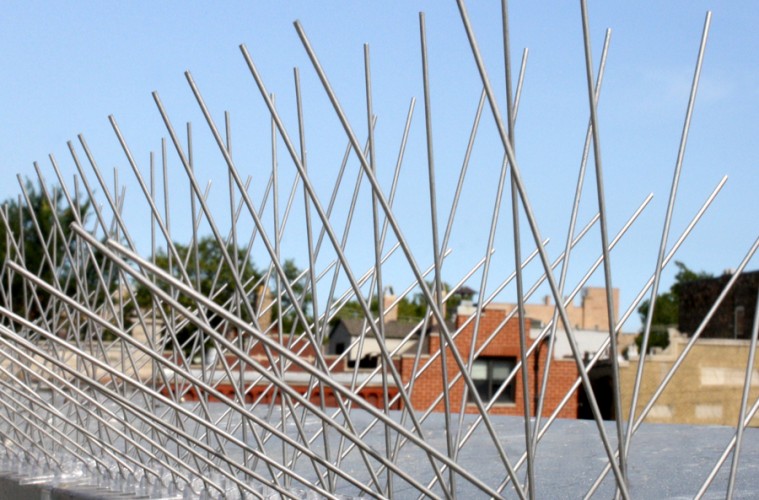 The Photo Ard put up of him climbing on the building with puttied over holds sparked my memory, I was in the centre of town the other day and while walking around between shops as is my customery habit I was eyeing up lines to go back and try later, I noticed on one shops sign a disturbing thing. It was topped with metal spikes, coming out at angles sticking straight up, lots of thin metal spikes so you could get no handhold. I couldn’t even spot how you could get onto these signs as they were 10-12ft off the floor with only glass shopfrounts and blank wall beneth them.

I’ve seen spikes like them before but only on a really really obviously easy problem that any kindof climber with no intrest in buildering could spot while drunk and decide it would be a good idea to climb it. But is this anti-buildering equipment being placed on more and more stuff like Anti-Skate stuff? Anyone else noticed it?

(But Aid-Builderes rejoice, all this stuff designed to make it impossible simply increases the Aid grade.)