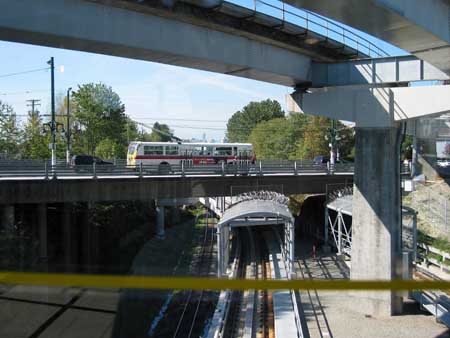 Fire department crews pull a man to safety after he was found dangling by a rope from a bridge at Commercial and 8th St. early Friday morning.

Rescue crews in Vancouver had a bizarre situation on their hands Friday morning when a teen was found dangling upside down off a bridge.

Police were called to the Commercial and Eighth Street area early Friday when residents heard screaming coming from below a bridge.

Officers say the victim of the fall was high on drugs and was in a deranged state.

“It appears he was psychotic from doing crystal meth, and he went a little cuckoo,” says Vancouver Police Cst. Toby Hinton. “He wanted to be Spider-Man.”

Hinton says the man was retrieved without incident, and was taken to hospital with minor injuries.

Authorities say they aren’t sure how he got into the position in which he was found.