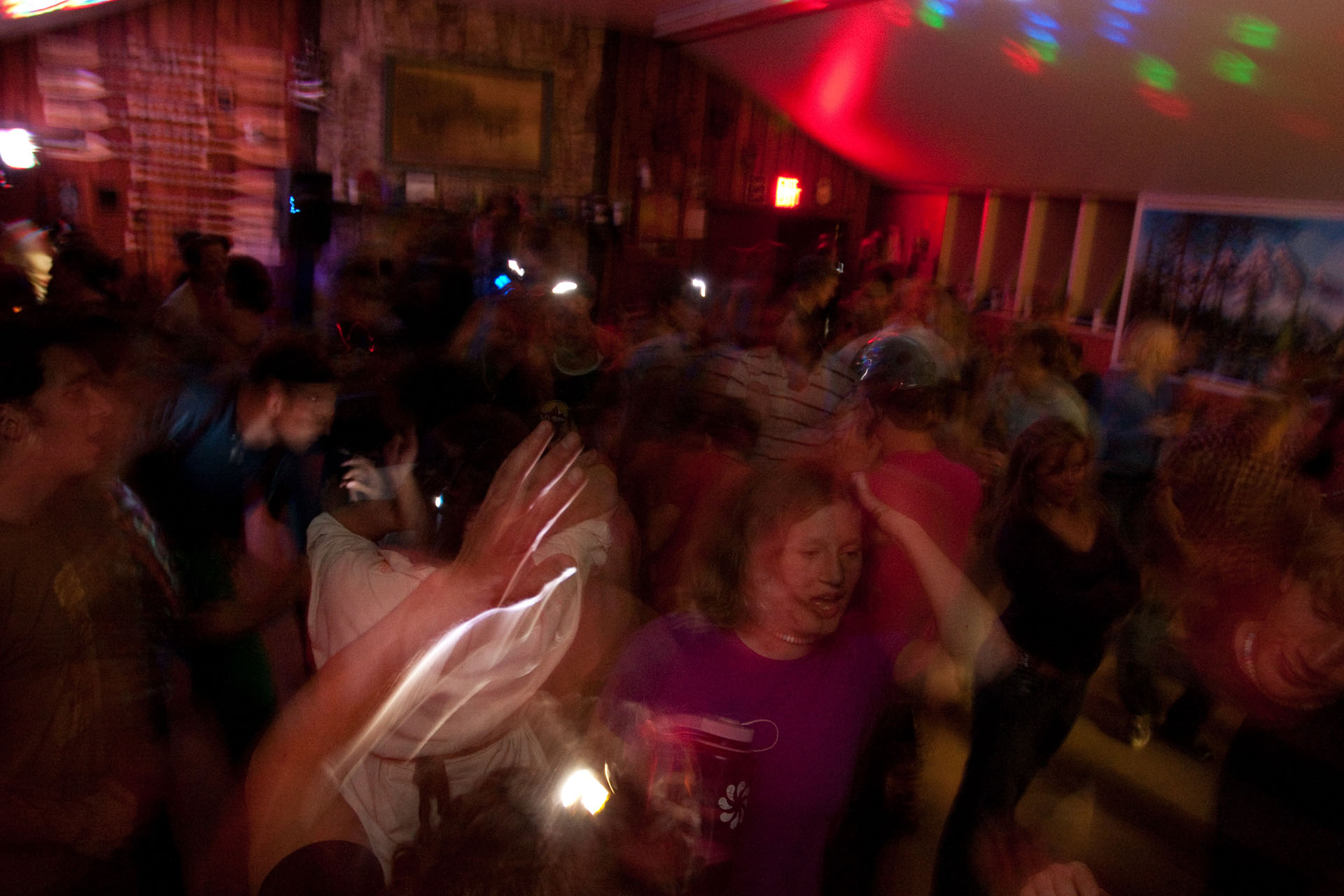 Every year the UBC Varsity Outdoor Club begins the school season with a weekend rock climbing school and party. It’s called Longhike, borrowing from the early roots of the club when the big kickoff event was in fact a long hike. At some point in the 1970s people realized that long hikes weren’t nearly as fun as rock climbing, so the objective changed but the name stuck.

Having been the club’s DJ for over a decade, I’ve probably been to more Longhikes than anyone, except Roland who has been an active member since the ’60s: “I believe I went on Longhike 1960. We chartered a ferry and went from downtown Vancouver to Woodfibre, where we were served spaghetti and then got to party in the school gym before sleeping there. My air mattress went flat. Sunday we hiked up Sedgwick or one of the related peaks (Roderick?), which have fallen out of favour since the Woodfibre Ferry shut down.”

The rock school always takes place in Squamish. The location of the party traditionally has been at the VOC Whistler Lodge, now known as the UBC Whistler lodge after the Alma Mater Society appropriated the property from the club. Yes, the VOC built that lodge. Yes the AMS took it from us. Yes we fought in court over it. Yes we lost over some technicality about the VOC being a club of the AMS. Pfft. Anyway, for years the AMS kindly allowed us to have our Longhike party at the lodge, but then one year they claimed we were too rowdy and that was the end of that.

These days we use a nice spot near Squamish: a secluded cabin in the woods on Evan’s Lake. They charge us a bajillion dollars per person to use it and the food is crap, but they let us be as loud as we want so I’m not complaining.

Longhike has always held a warm and fuzzy spot in my heart. It’s where I first learned to rock climb, it’s consistently the funnest crowd I’ve ever DJed for, everyone loves the stupid human tricks, and it’s likely the most clothing optional event at UBC, except for things held at Wreck Beach. This year was no exception. The climbing was sunny and warm. I taught Rock 3, the trad lead climbing level, and nobody died. Not even any injuries to speak of. The party was all good times. The stupid human tricks flowed in abundance, as did the 5 kegs of beer. I shared DJ duty with Oker, which was great, giving me a chance to dance, drink, and get stupid. At one point everyone went down to jump in the lake, followed by some naked dancing around a campfire, and an acoustic jam session to round out the night — or so I heard: by that point I was fast asleep. It’s hard when you keep getting older but everyone else stays the same age. 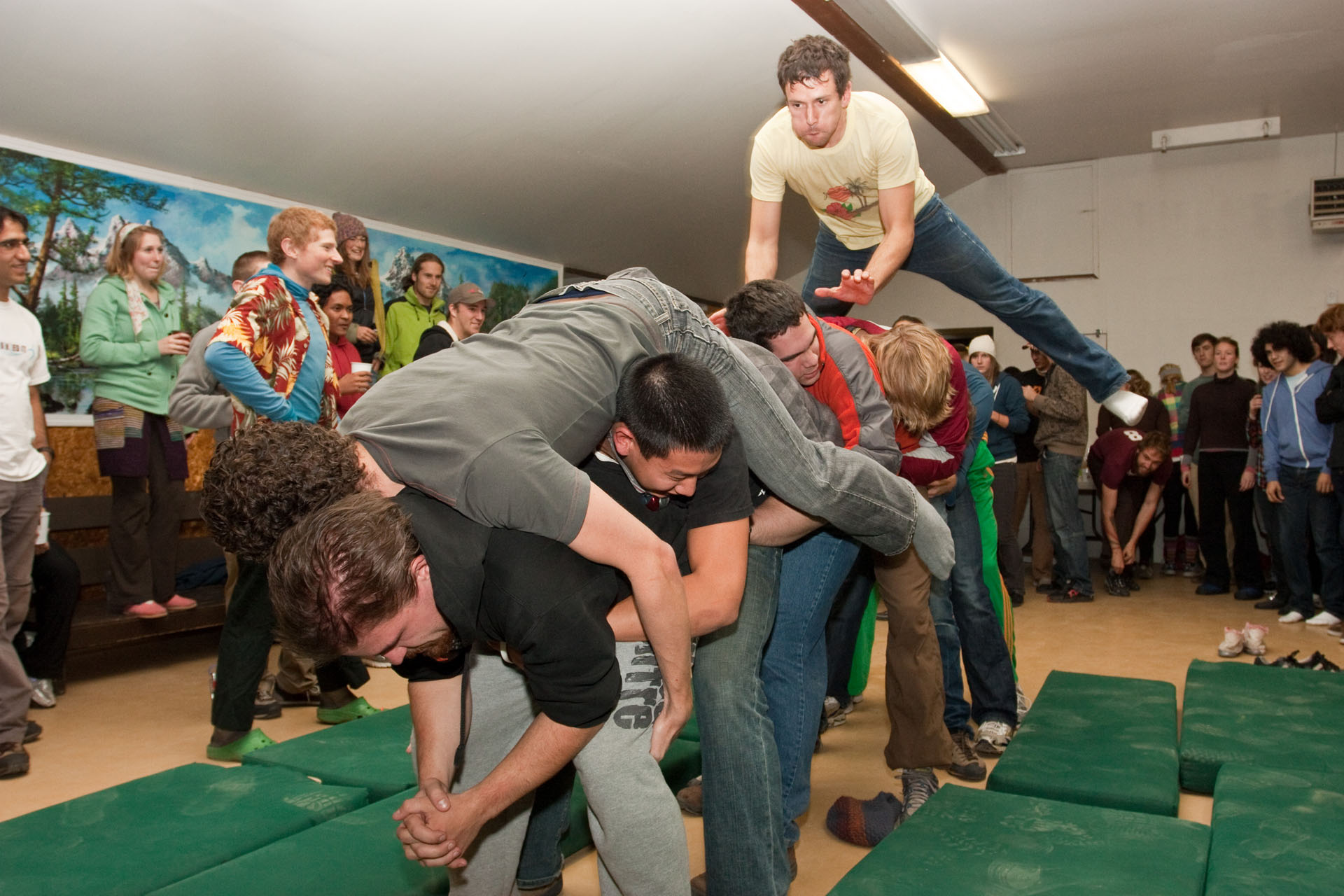 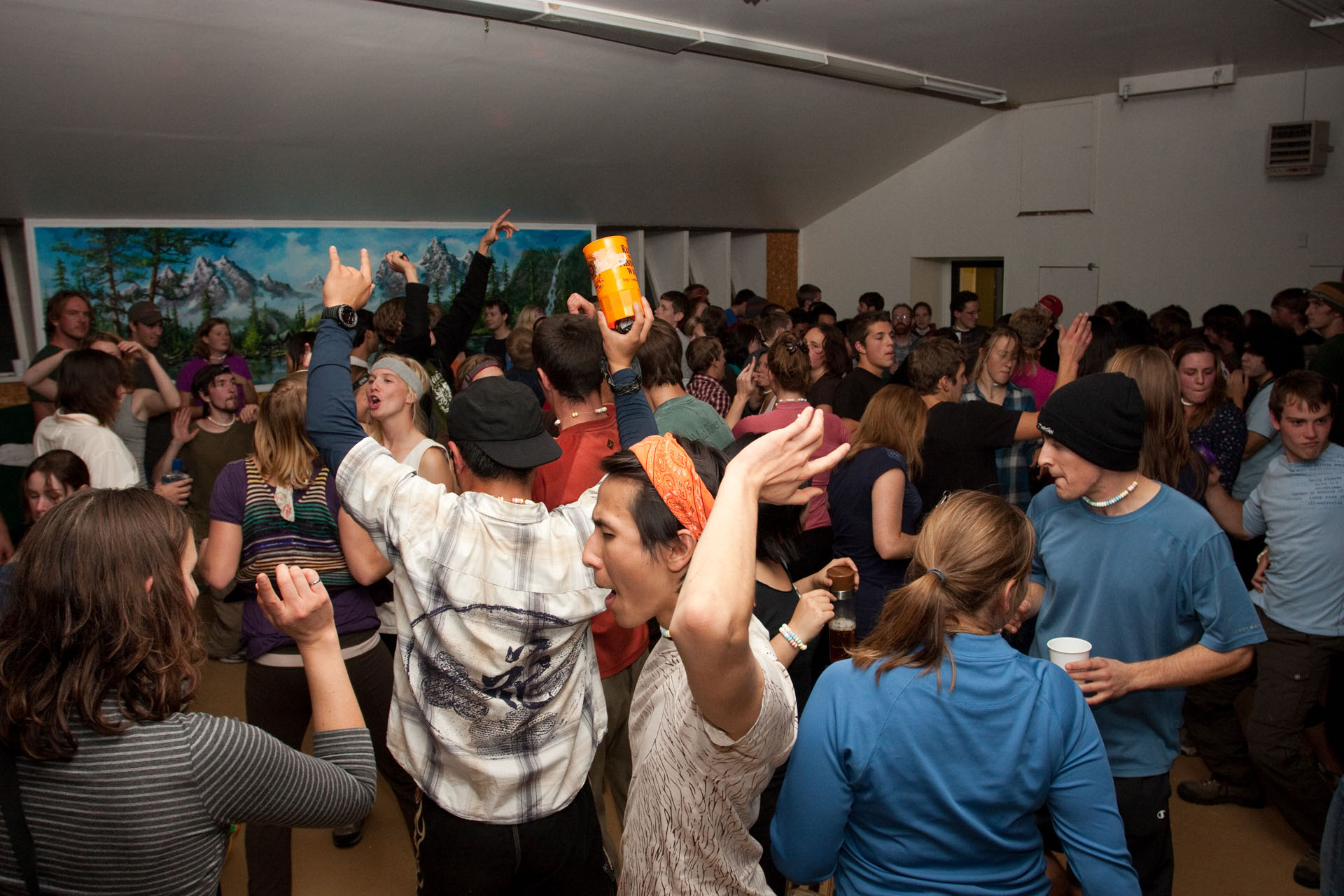 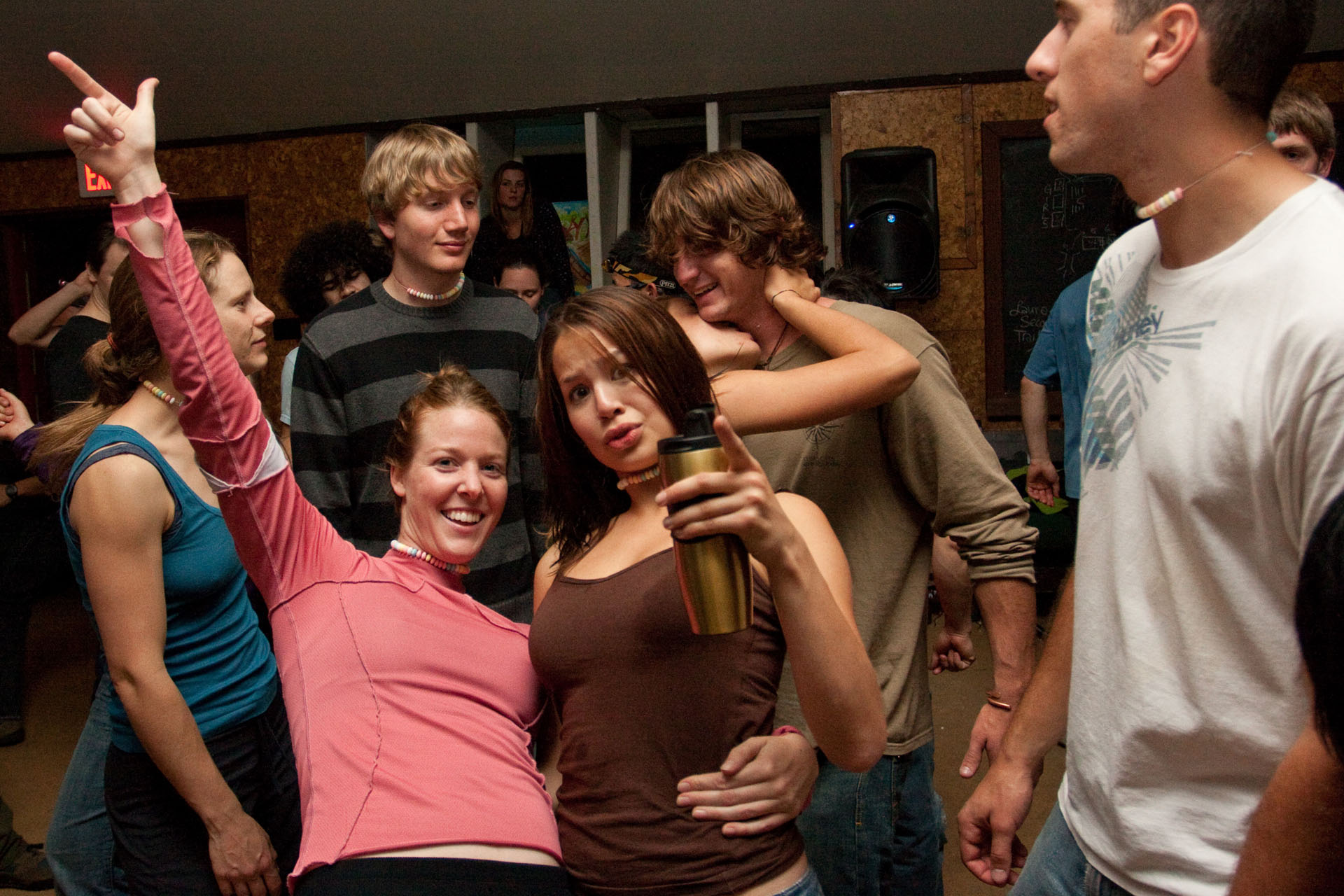 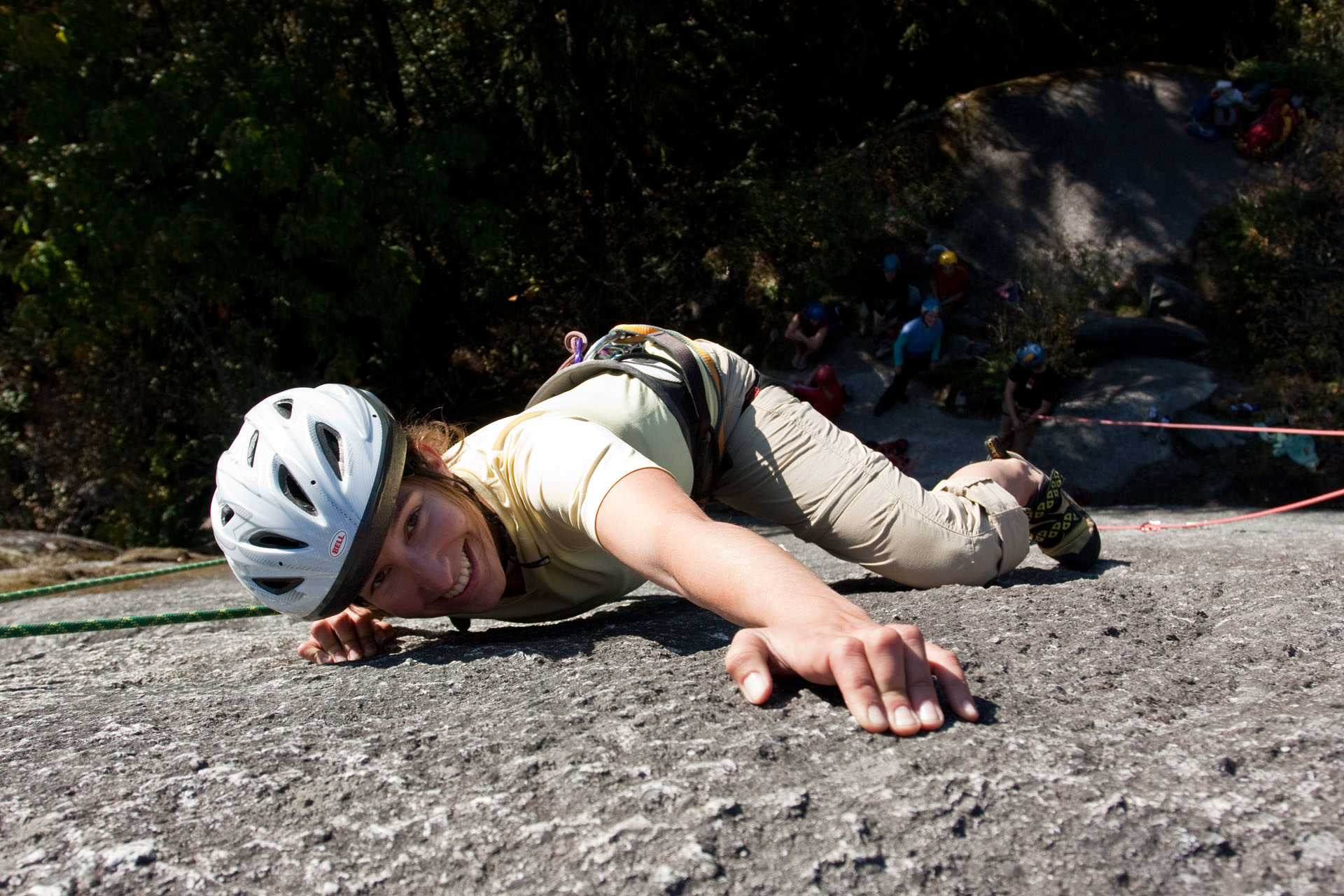 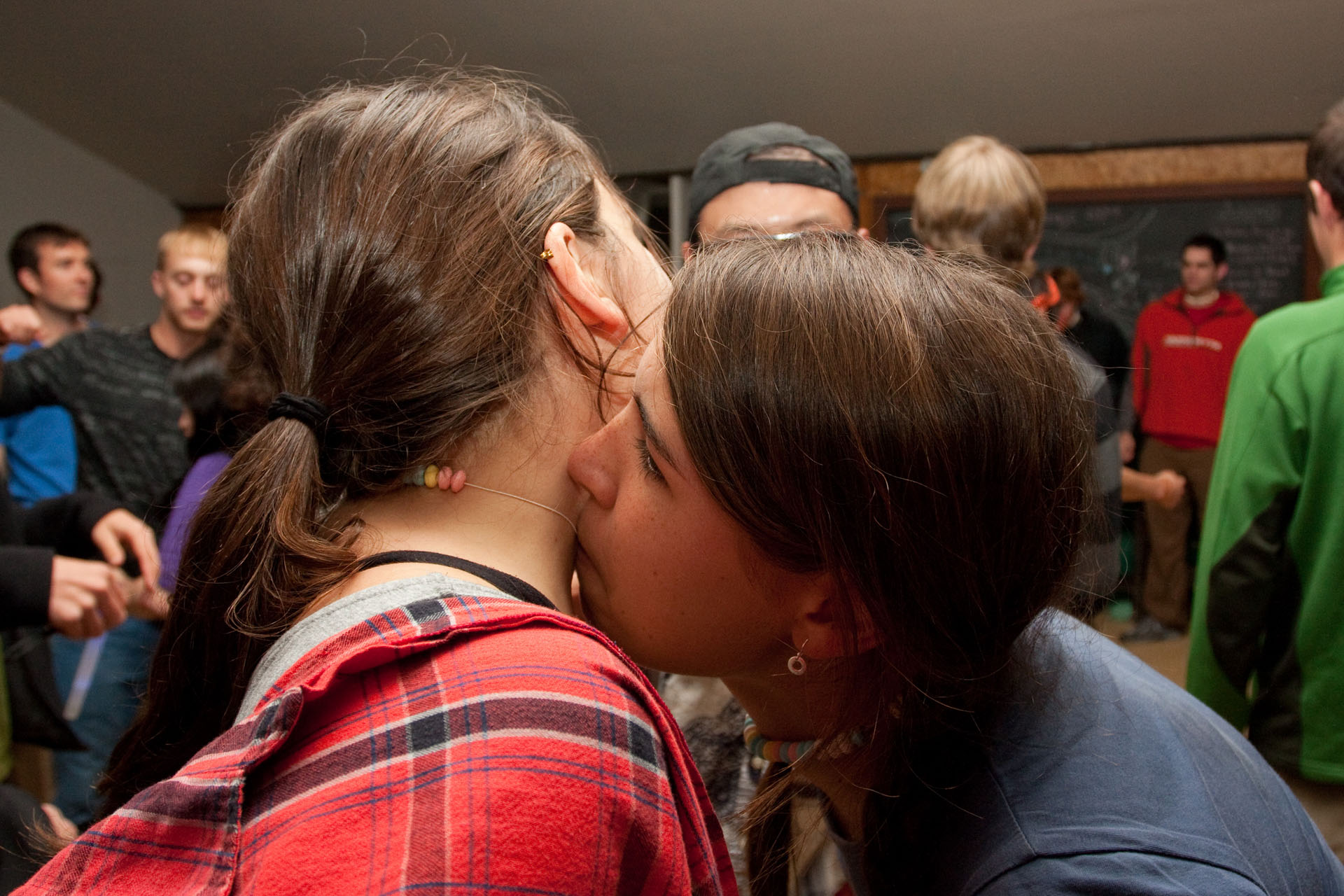 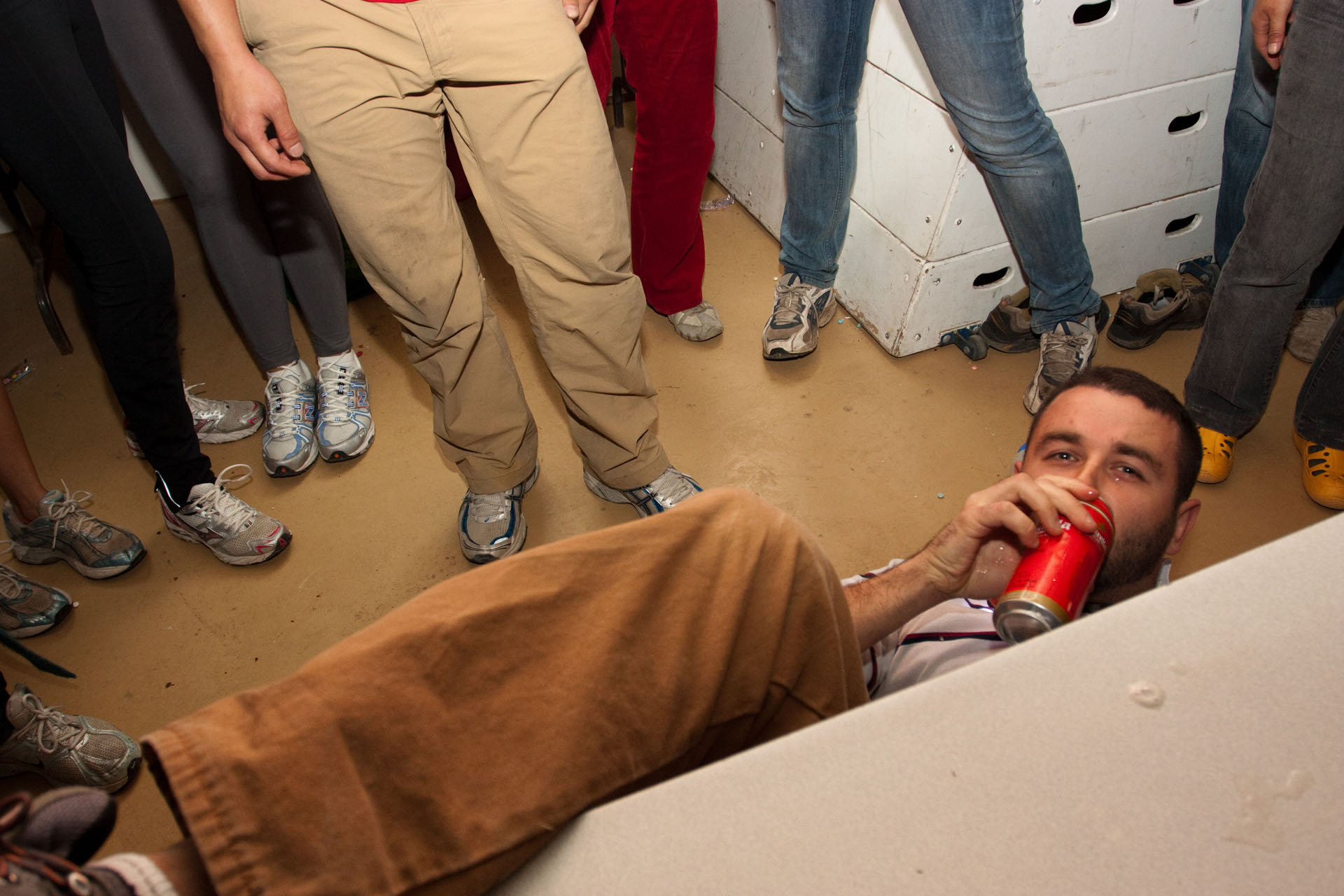 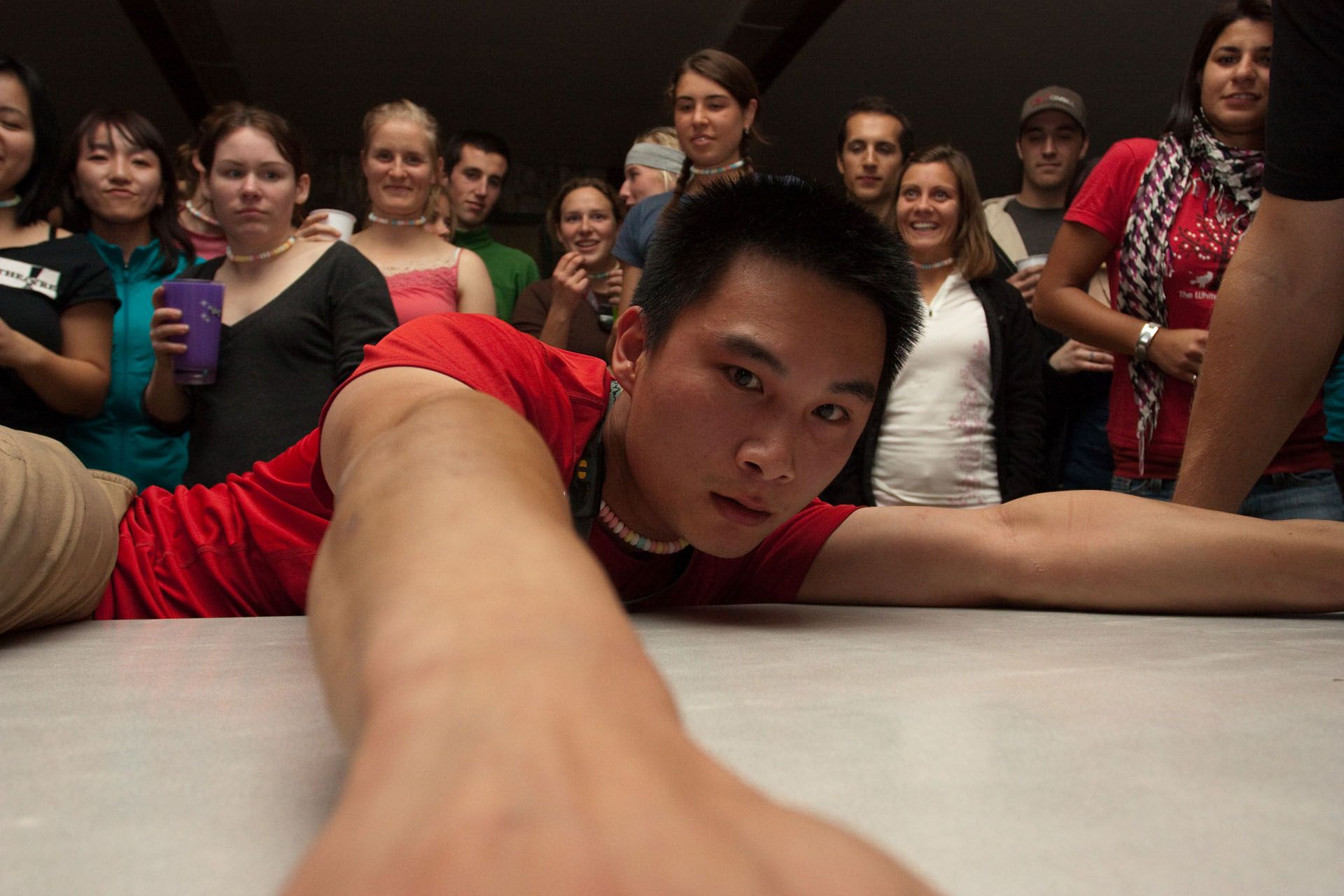 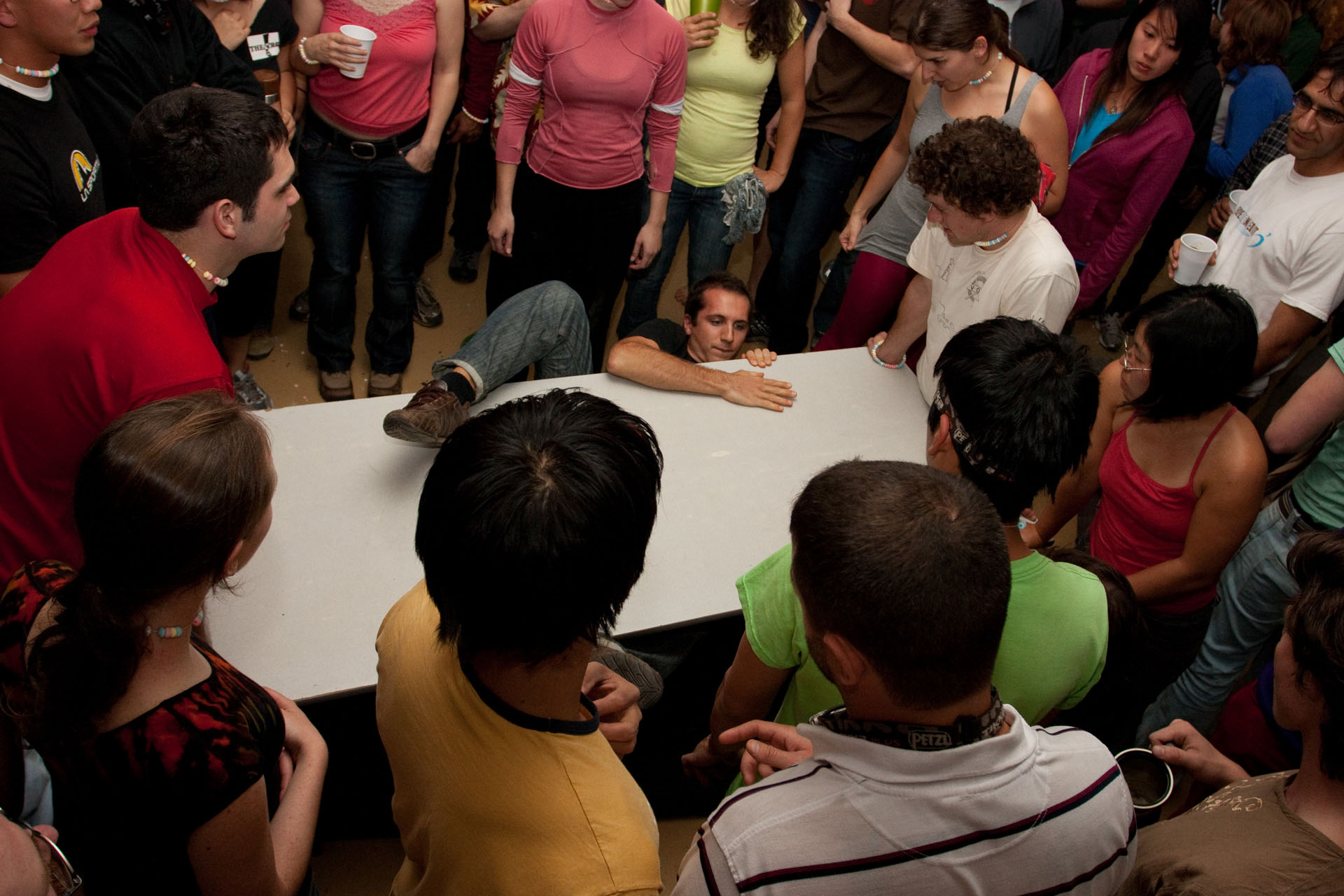 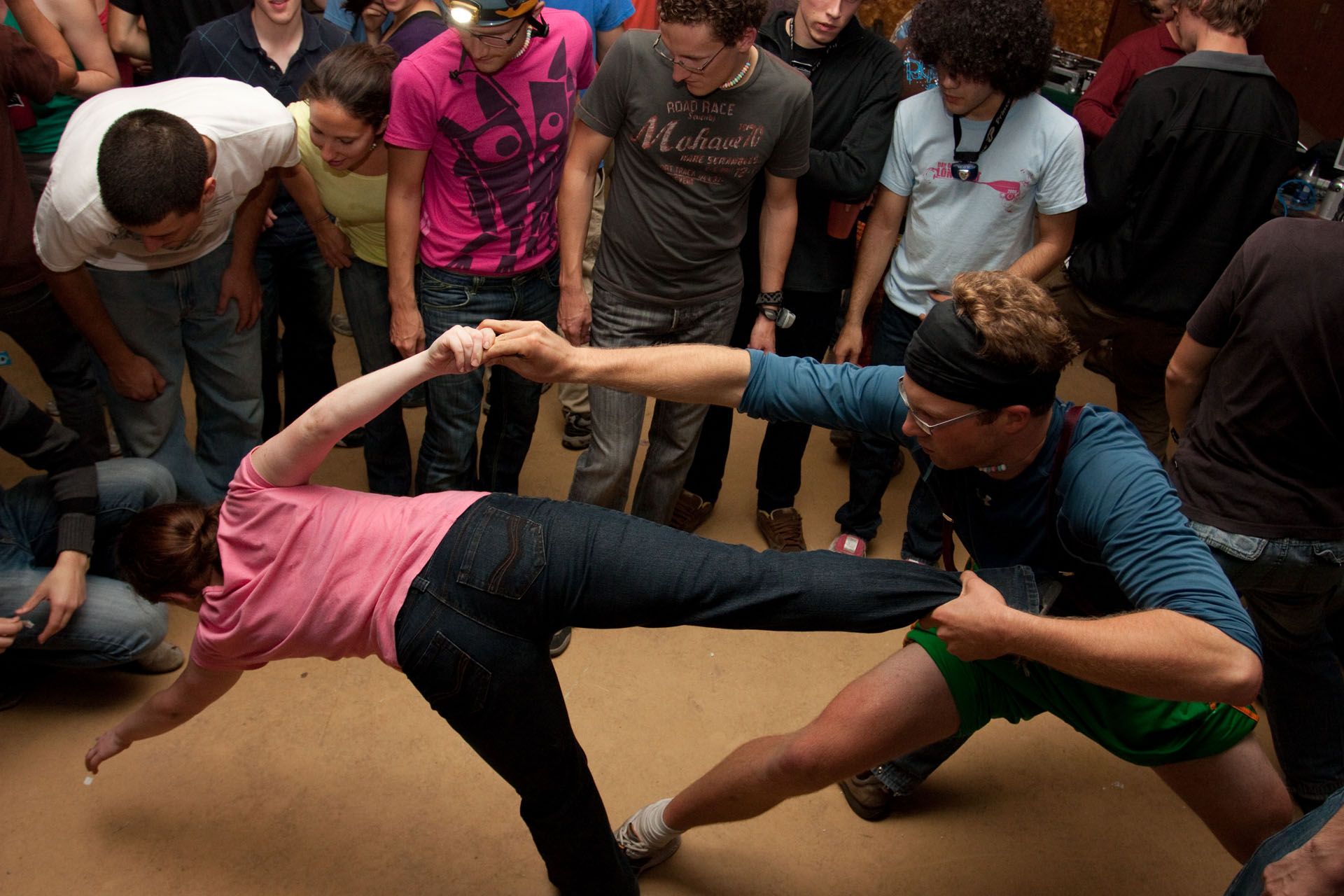 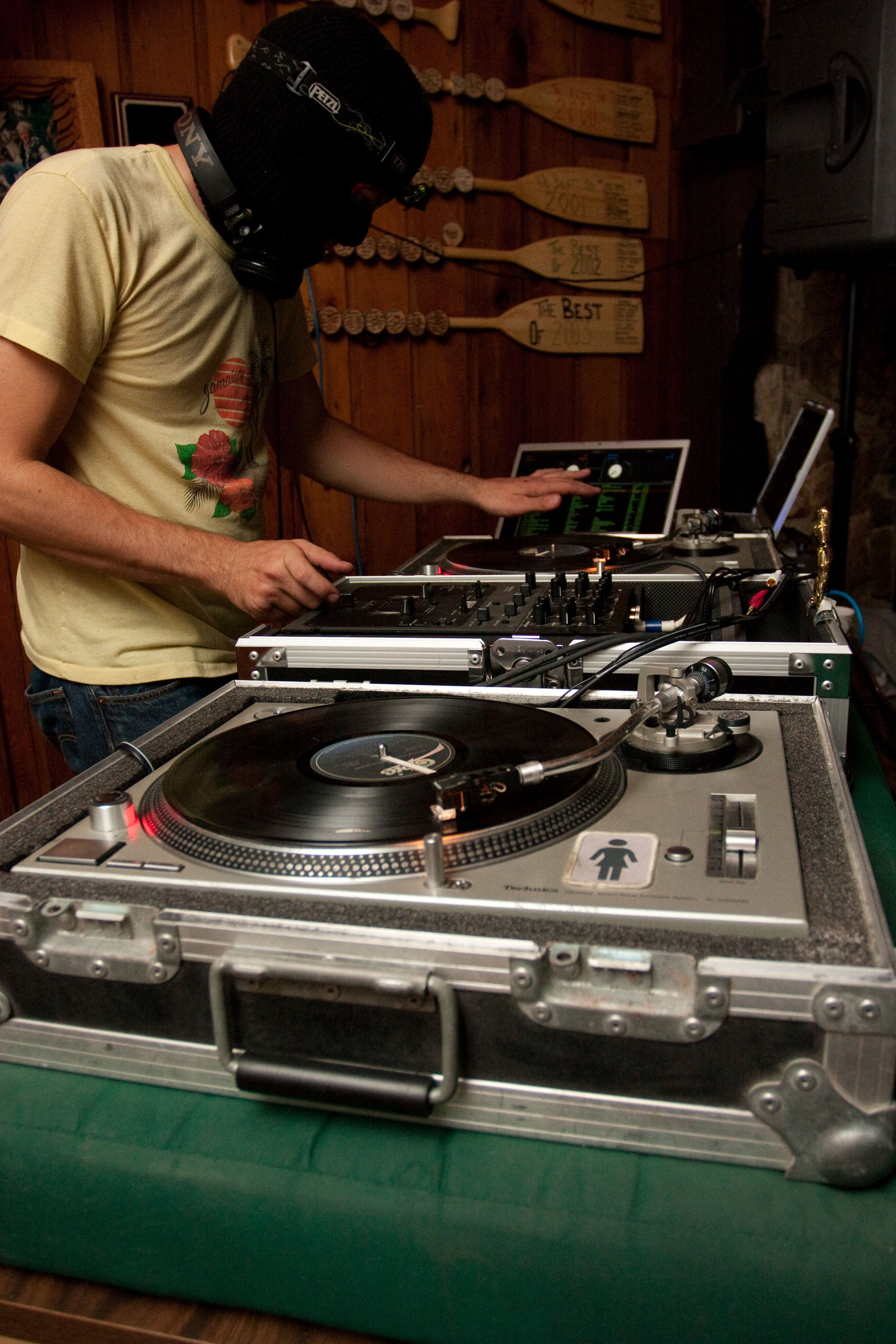