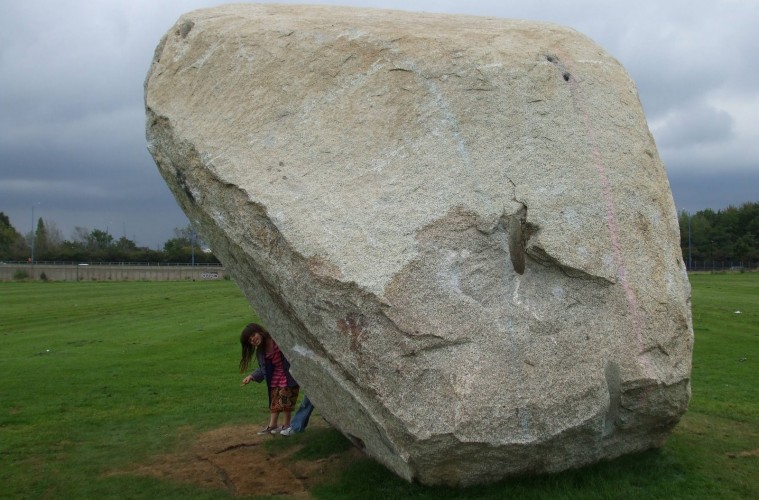 Bouldering amongst the buildings.

A few months ago, I was chatting to a guy called John down at Mile End Climbing Wall (London, UK) when he mentioned that he was planning on bringing two massive boulders all the way from Cornwall, and putting them in two parks in east London as part of an art project. Part of me assumed that this was probably some grand, over-ambitious idea and would never happen – but what an idea.

There’s a fantastic community of climbers in London who have very limited access to real rock. About 1½ hour’s drive away is the Southern Sandstone which has some bouldering and an array of routes that require a top-rope as the stone is too soft to place gear, never mind drill bolts.

And sure enough, a few weeks ago they each arrived and have been implanted. One is in Shoreditch Park, not far from Old Street; the other is in Mabley Green, just next to the Blackwall Tunnel on the north side of the Thames. Two boulders can only offer a limited number of problems, but given that I can now get on a bus for ten minutes in order to climb real rock, it’s a fantastic addition to the city.

I dread to think how much it must have cost to move them, but well done to John and Hackney Borough Council for making it happen. Chance of a few more..?

Article on FadWebsite.com
Blog of Leabank Square, London
Shoreditch Bouldering – A new blog dedicated to the boulder in Shoreditch Park