By Max and Negher.
Milan, Italy.

Who has never dreamed of climbing that brick wall facing your apartment window?
Our idea was to make this urban dream come true. It was thought as a way to express our vertical fanaticism, regardless of where you do it, if on a mountain, a slab, a boulder, a pillar, a cornice or a railing.

For the first edition of the Street Boulder Contest, we traced 28 blocks and more than 60 fanatics took part in the event. The most vivid image of the night was the crowd of people who gave life to the usually deserted at night Colombo street. Climbers came not only from Milan but also from nearby towns such as Bergamo, Brescia, Varese and even Sondrio! These people faced the cold, the rain and the snow (for those who drove all the way from Sondrio).

We worked for more than three months to get everything ready but it was worth it. We made a website, two promo videos, we spent several nights driving through the city looking for the right areas to boulder. The location was chosen based on the following criteria: it had to be a representative area of Milan, not too isolated and with buildings that were interesting to climb. There also needed to be boundaries in order to keep the climbing challenging, and it was necessary to have a pub nearby. We think we made a good choice and the enthusiasm of all the urban climbers confirmed it.

The rest are emotions hard to describe, it was a very special night. Hoping to be able to recreate that atmosphere we made a video with the most intense images from the event, and it’s had great success at the Trento International Mountain Film Festival. 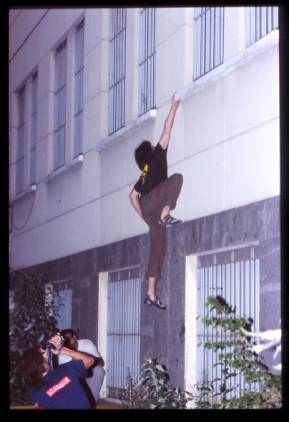 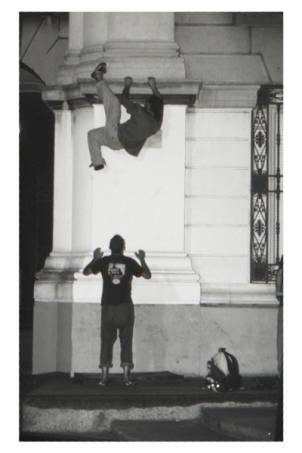 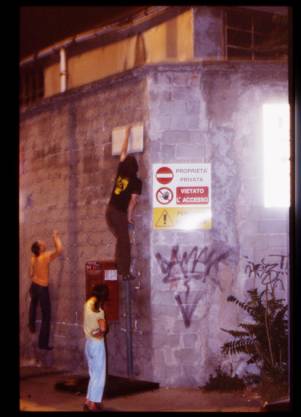