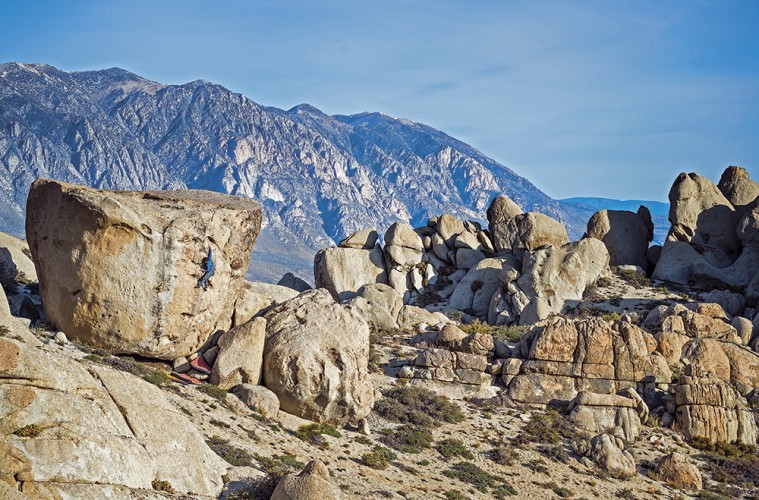 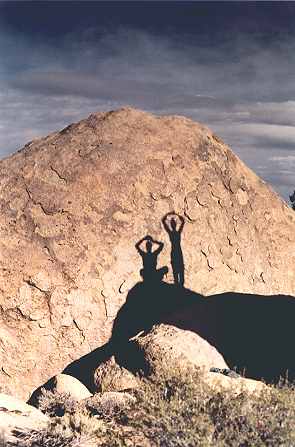 Chris and I just got back from a climbing trip to Bishop, CA, the self-proclaimed “Mule Capital of the World”. We didn’t see any mules, just a bunch rocks that climbers seem to have fun playing on. The buildering there sucks. The only thing worth climbing is the US First Bank — which I wouldn’t recommend, especially in the land where the bumper stickers informed us it was “founded

Other than that, there is a great TROG video game at the laundromat and a few nice cacti to piss on.

So yeah, buildering in Bishop sucks. Don’t go there. Go to Las Vegas instead. Lots of large architectural masterpieces in Vegas. Just look for the fat Midwestern Disneyland-seeking families and you should be ok.

We were there on New Year’s Eve, which put a damper on our buildering plans. Over a million yahoos wandered the strip aimlessly. The security was pretty tight — I couldn’t even get near the Bellagio, which is due for some first ascents. 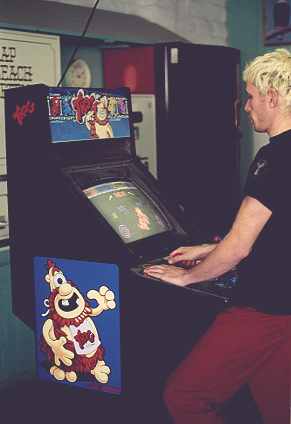 But we did get to witness other inebriated armchair builderer types attempt to climb various things. Definitely the highlight was one guy’s attempt to jump from a tree branch to a stop-light cross-beam. A large crowd gathered for his shenanigans, egging him on, chanting “jump, jump.” Great fun. He bounced up and down on the branch, trying to use it as a springboard. As fate would have it, the branch broke and he fell about 20 ft to the street below. We didn’t go investigate further, but when we got back home Chris mentioned there was a news story about it and the guy died. Pretty heavy scene. 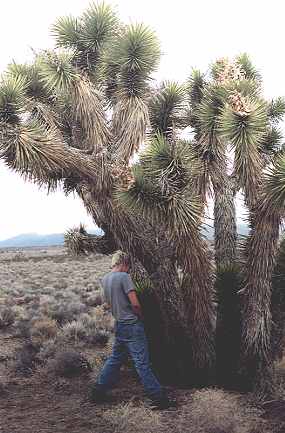 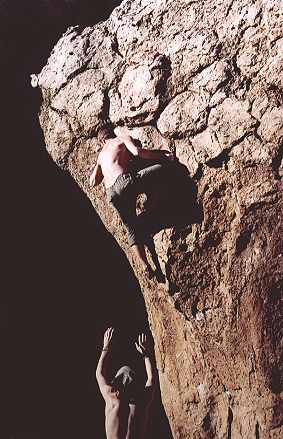 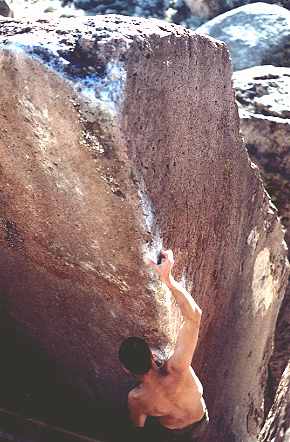