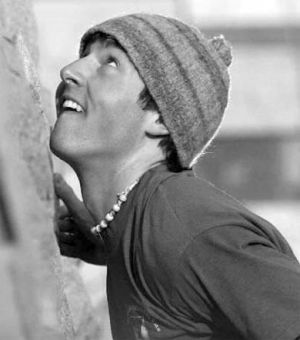 Nicholas Beaulieu, 19, a Queen’s University student, died last week while attempting to climb a building on the Queen’s campus. An experienced mountain climber who was part of the university’s popular climbing club, scaled the walls of a campus building, nearly reaching the summit, but lost his balance and fell three storeys, onto a parked van first, then the ground. Full story here.

Although I’ve never met Nicholas, after reading about his life, I feel like we’ve been friends for years. Here is a guy who pursued life in very much the same way that I do. An avid climber, musician, snowboarder, an adventuresome soul and a kindred spirit. I’ve probably seen this guy on the highways hitchhiking to Calgary. I’ve probably spent time with him at some thrift store in the Crowsnest Pass. We’ve probably crossed paths at the Big Rock outside of Okotoks, both stoked on poor but only climbing for hundreds of miles around.

A YMCA counselor, an aspiring doctor for third world countries, a lifeguard — Nicholas led a passionate and inspirational life. And here lies the greatest tragedy: that his adventures must be cut short.

It appears Nicholas was fully capable of his buildering ascent, so we’ll probably never know what exactly what went wrong. It seems the only thing separating his fate from ours is pure chance.

So Nicholas, I and everyone in the buildering community salute you. To a life lived inspired. May your legacy live on forever.