Buildering.net appeared online way back in 2001 which means that, whilst a few tech giants have come and gone, we have endured. Mostly in obscurity and without anyone giving a shit, but endured nonetheless.

We write stuff and sometimes ask others to write stuff in return for very little. We’re always desperate for content so if you have something to say, we’d be incredibly grateful if you got in touch.

The site has two admins: Ard Arvin (not his real name) and Andy Day (his real name). Ard got things started and then Andy jumped on the bandwagon in early 2006. After fighting with Drupal for many years, the site was revamped into its current state in February 2016. 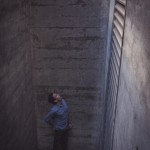 When a naked man’s chasing a woman through an alley with a butcher knife and a hard-on, i figure he’s not out collecting for the red cross. here. put that in your report!” and “i may have found a way out of here. man’s gotta know his limitations. what you have to ask yourself is, do i feel lucky. well do ya’ punk? ever notice how sometimes you come across somebody you shouldn’t have f**ked with?

well, i’m that guy. don’t p!ss down my back and tell me it’s raining. well, do you have anything to say for yourself? you see, in this world there’s two kinds of people, my friend: those with loaded guns and those who dig. you dig. dyin’ ain’t much of a livin’, boy. this is my gun, clyde! are you feeling lucky punk you want a guarantee, buy a toaster. 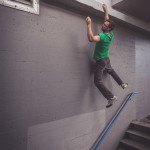 Andy started photographing parkour in 2003 and, after some early jumping around, soon decided that climbing was much more interesting. Sporting a slightly pretentious MA in Sociology from Goldsmiths, he can get rather opinionated on subjects like public space, the wilful misuse of architecture, energy drinks, embodiment, edgework, and subversive practices.

Andy splits his time between London and, somewhat randomly, Bulgaria. You can see more of his photography at www.kiell.com.