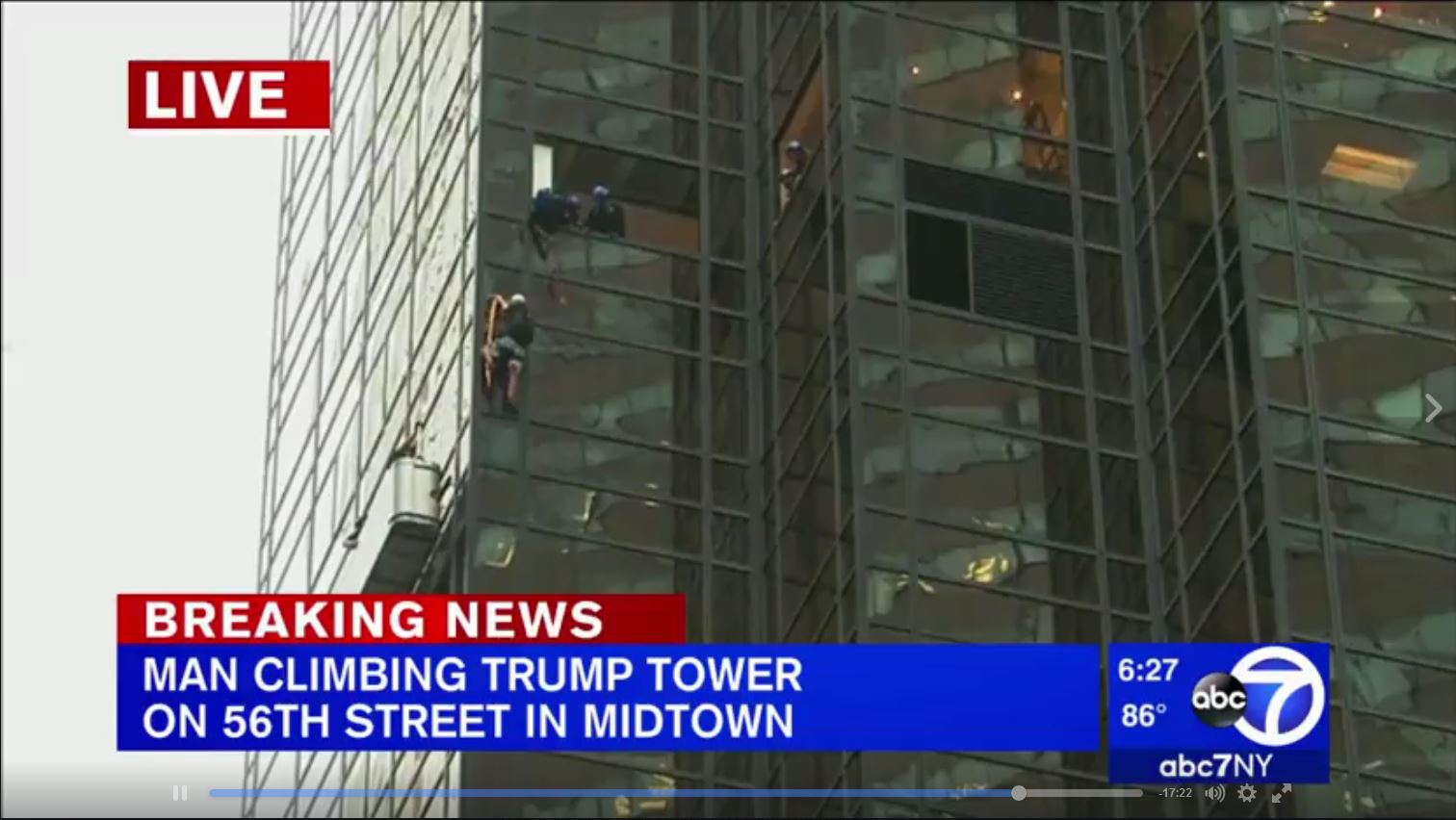 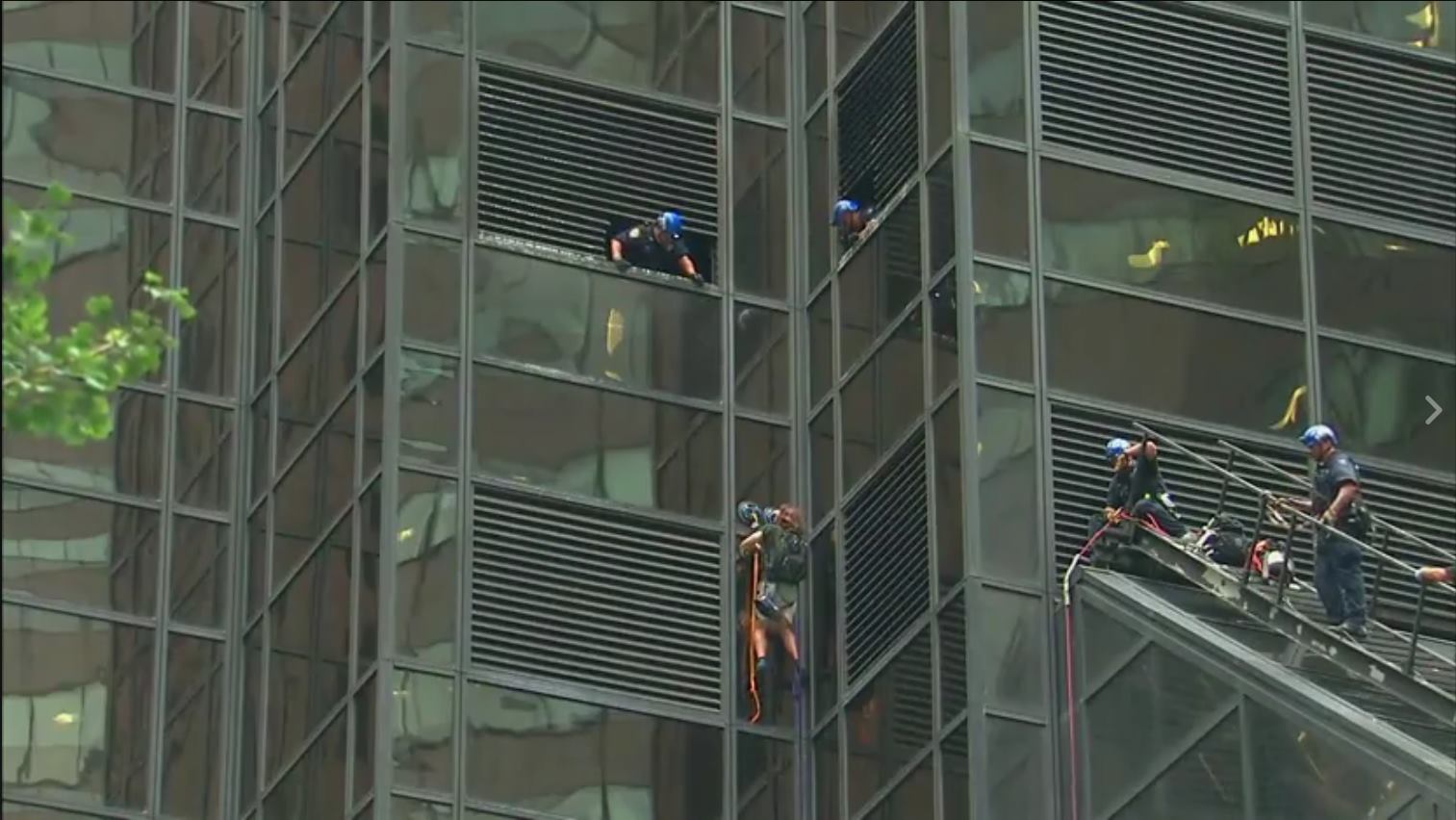 Yesterday 19 year old Stephen Rogata from Great Falls, Virginia attempted to climb Trump Tower in Manhattan. His motivation remains a mystery despite his video explaining himself. The only thing that is clear is Rogata takes Mr. Robot far too seriously.

Live coverage of the incident unfolds like an extremely boring version of the ’80s arcade game Crazy Climber with some clueless commentary added as the soundtrack.

What appears to be standard 5.10 – 5.11 free climbing is instead turned into a two hour long aid style siege ascent via suction cups.  Rogata climbed 9 storeys before being pulled off the building through a removed window. [He started at a 12th floor mezzanine, exiting at the 21st floor.]

The only redeeming part of this story is watching an overzealous police force dismantle Trump Tower — for whatever justification they, the media, or you choose. Clearly though: ‘MERICA.

“An experienced rock climber,” as Abc refers to him, he is not. “Impressive,” it is not. The only thing reporter Jim Dolan got right comes early in the broadcast: he’s “clearly a menace.” Not that I agree with Dolan’s worldview or political bent, in fact I would cross the street just to punch this guy in the face, but it’s clear Rogata has no business being on this building.

The only redeeming part of this story is watching an overzealous police force dismantle Trump Tower — for whatever justification they, the media, or you choose. Clearly though: ‘MERICA.

As buildering.net is generally supportive of climbing buildings, here’s some lessons learned: 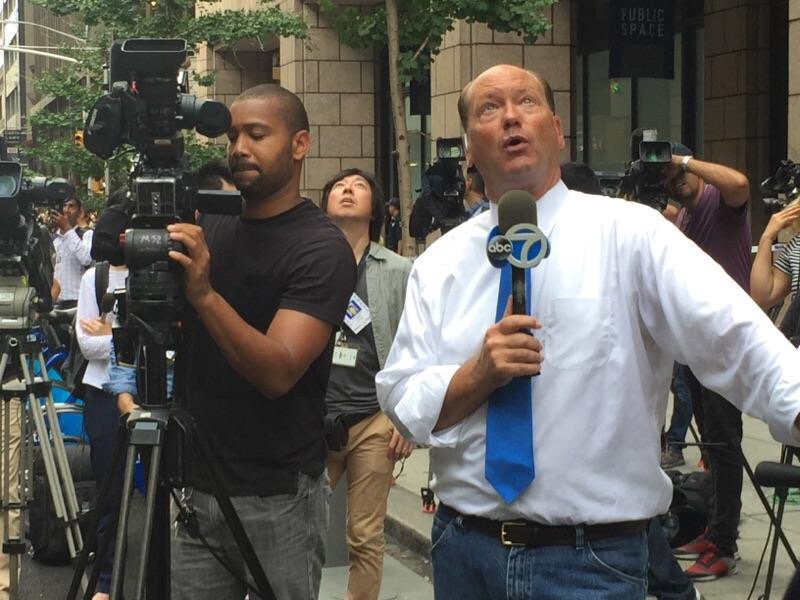 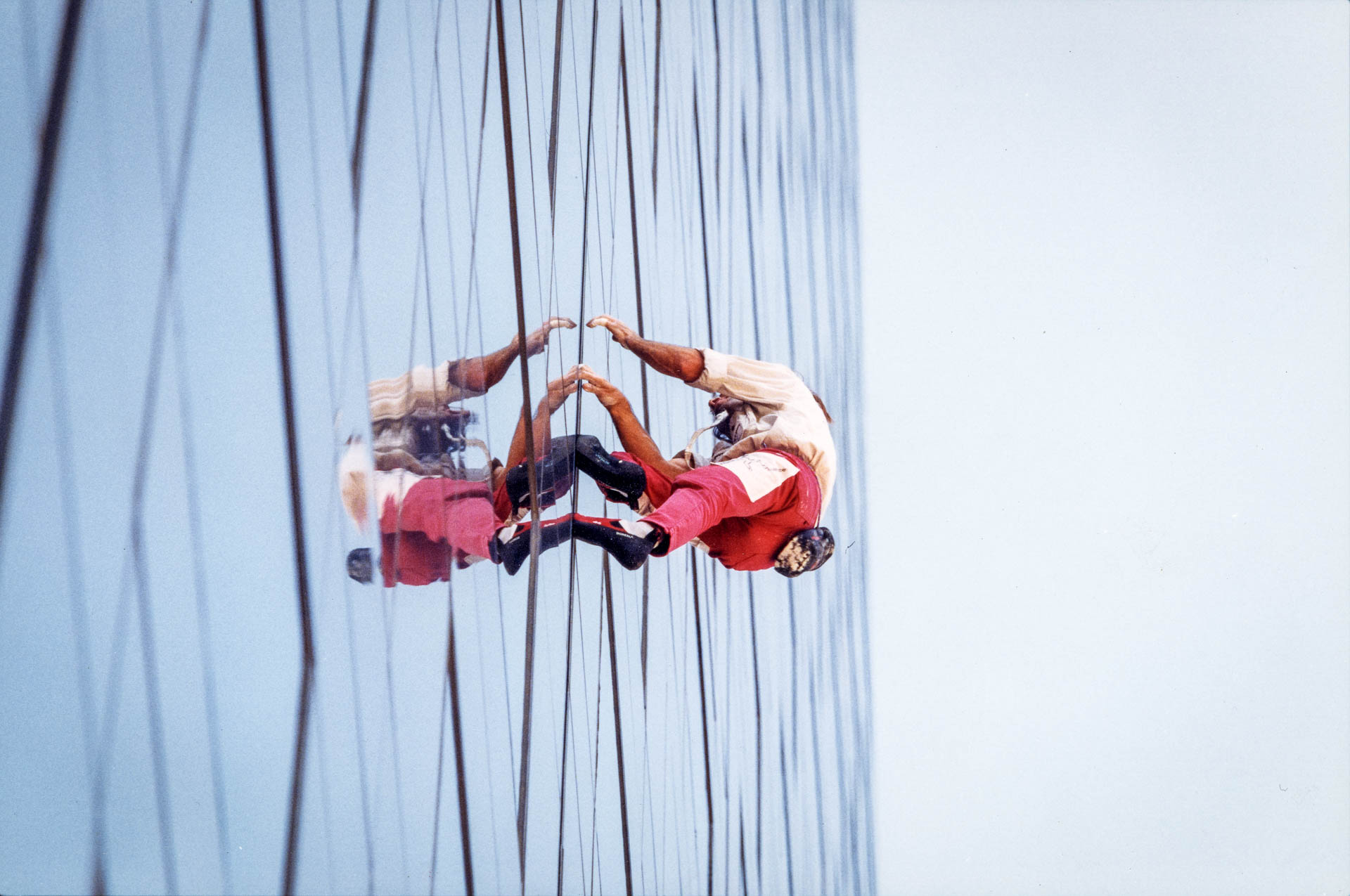