Julie Angel has been making films about parkour for more than a decade. A doctor of anthropology, she has a reputation for creating work that’s usually somewhat different to the mainstream. Upon seeing her latest film, we asked her to tell us the story behind it. Here’s what she had to say.

Movement of Tree from See&Do on Vimeo.

Why Movement of Tree?

Because it rhymes with Movement of Three. Sometimes it’s best to keep films and projects simple and fun. I can think about them deeply and write essays about their meaning and the sociological, anthropological and political interpretations, but as well as that I just need to know that they make me smile and there’s an original nature to them. I’m a bit lazy so if I’m going to make a film then it has to add something to the existing landscape of images, actions, people and places. If it doesn’t then I can’t justify my work. 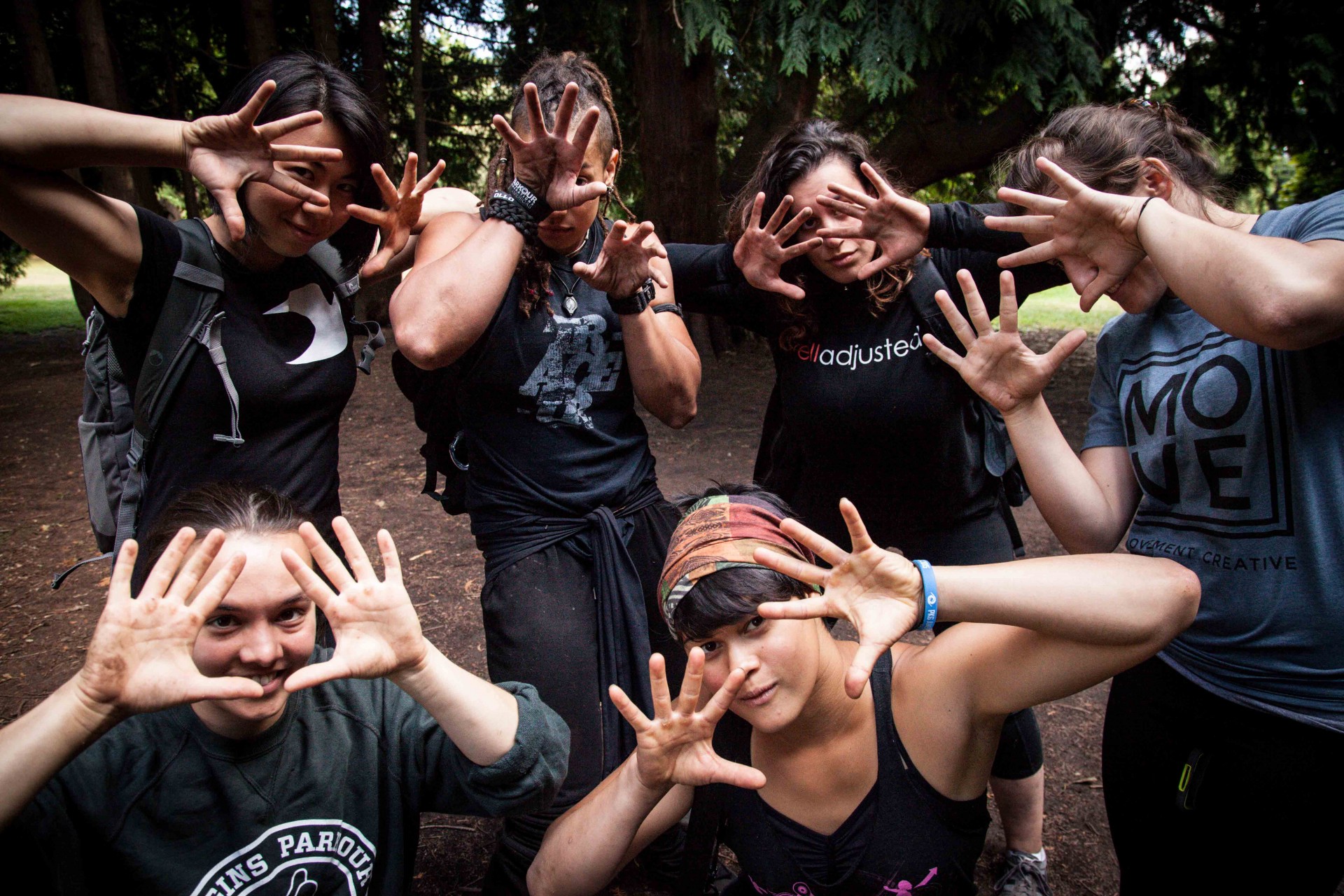 I was lucky enough to attend the North American Women’s Parkour Jam in Seattle last July. Great locations, conversations, action and new acquaintances. I took a lot of photographs and generally hung out. One of the locations we went to on the first day was the brutalist concrete fountains and walls of Freeway Park. A Parkour nirvana some might say. The organisers had set the bar high but little did I know about where we were heading after lunch. Volunteer Park in the Capitol Hill area of Seattle is home to some magnificent and beautiful trees. Some of them offered the height at which mind games are played out whilst others were perfect for simple challenges and an ease of options to move through.

I’d never seen so many women (I think there were 100 at the event) training in such an inspiring wooded environment. I knew that the gathering of so many athletes was a great chance to create a new piece of work but an event isn’t the right time and place. It’s not what people signed up for. What to do? Film the day after the event with those who are still hanging around and willing. Luckily for me those who were some of the finest and inspiring movers from North America.

It’s not smooth, polished and flawless. Neither am I.

And nor are the trees.

Brandee was the host for the event and the trees are one of her many local training spots so in many ways this is a film for her.

Without much more thought than ‘it would be great to see lots of women moving in and around these trees’ the shoot began. We had 3 hours before various trains and planes departed. ‘Ok, find something that you want to do that links in with everyone’, were my not so clear directorial instructions. I hate tripods and carrying more stuff then I need so everything was shot handheld so I can move, change my mind and respond to what I see. It’s not smooth, polished and flawless. Neither am I. And nor are the trees. Mistakes happened and we messed up and at other times it all came together.

The camera can invite various behaviours that wouldn’t occur otherwise and I’m very aware of that, hence the instructions ‘whatever you’re comfortable with’.

The movers in the film are creative and used to interpreting their environment by the very nature of them training parkour. There was no shortage of ideas. Their interests and skillsets brought it all out. The Sierra redwoods offered a natural ladder to the top for those with a head for heights. Jessie’s baseball-influenced slide under the branch is still one of my favourite moments. Brandee’s groundwork makes me want to get down and dirty and move in the mud. Mandy’s vaults and precise landings are made to look easy but aren’t. The explosive power and confidence in Alyssa’s moves are present in everything she does. Natalia can drop and roll from pretty much anything, it seems. Caitlin’s grace and fluidity revealed nothing of her exhaustion from 6 days of non-stop training, little sleep and the responsibility of organising the event. Chrishelle found solutions to every challenge and choreographed sequence. 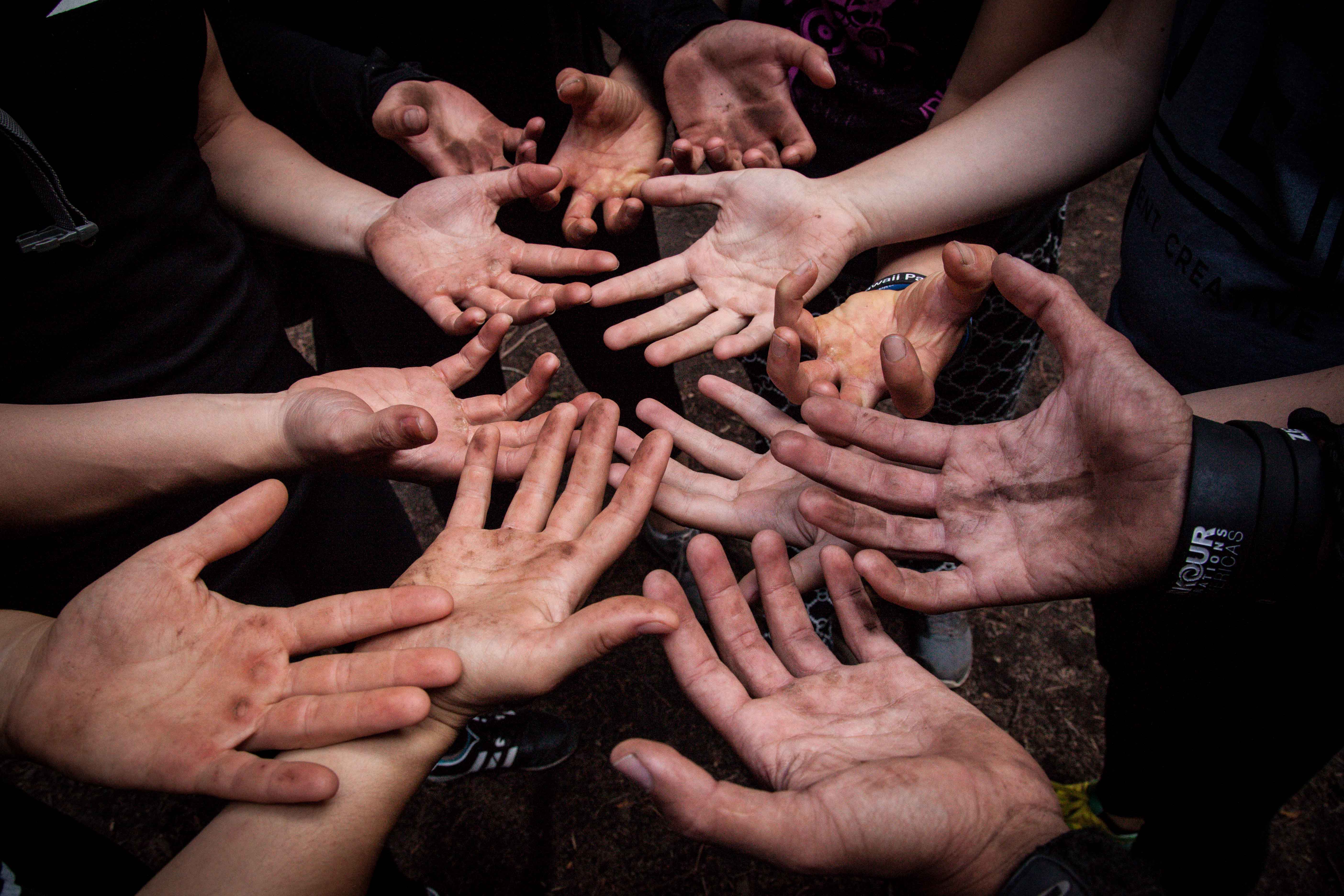 We smiled, laughed, moved, said fuck quite a lot and had a good time.

What matters to me when making this kind of project is that everybody leaves intact. Dirty, cut and bruised is fine but there shouldn’t be any injuries, just good memories and me hoping that I can put something together that will do justice to their skills and the collective experience. The camera can invite various behaviours that wouldn’t occur otherwise and I’m very aware of that, hence the instructions ‘whatever you’re comfortable with’. I like to keep expectations low and to also be honest with what will happen next. I had a book to finish writing and didn’t know when I’d get around to editing the film and didn’t know what it would be either. I never do. I make films I like, with, for and about people I like. This is a wide brief as far as what I make.

What was put together with the help from the talented Andrew Potterton on the soundtrack is a hybrid of improvisations, choreography, play, practice, and messing around. Or, as I like to say, it’s something that will make you smile and want to go and move outside. Thanks for watching and now GO OUTSIDE! 🙂 Explore more. 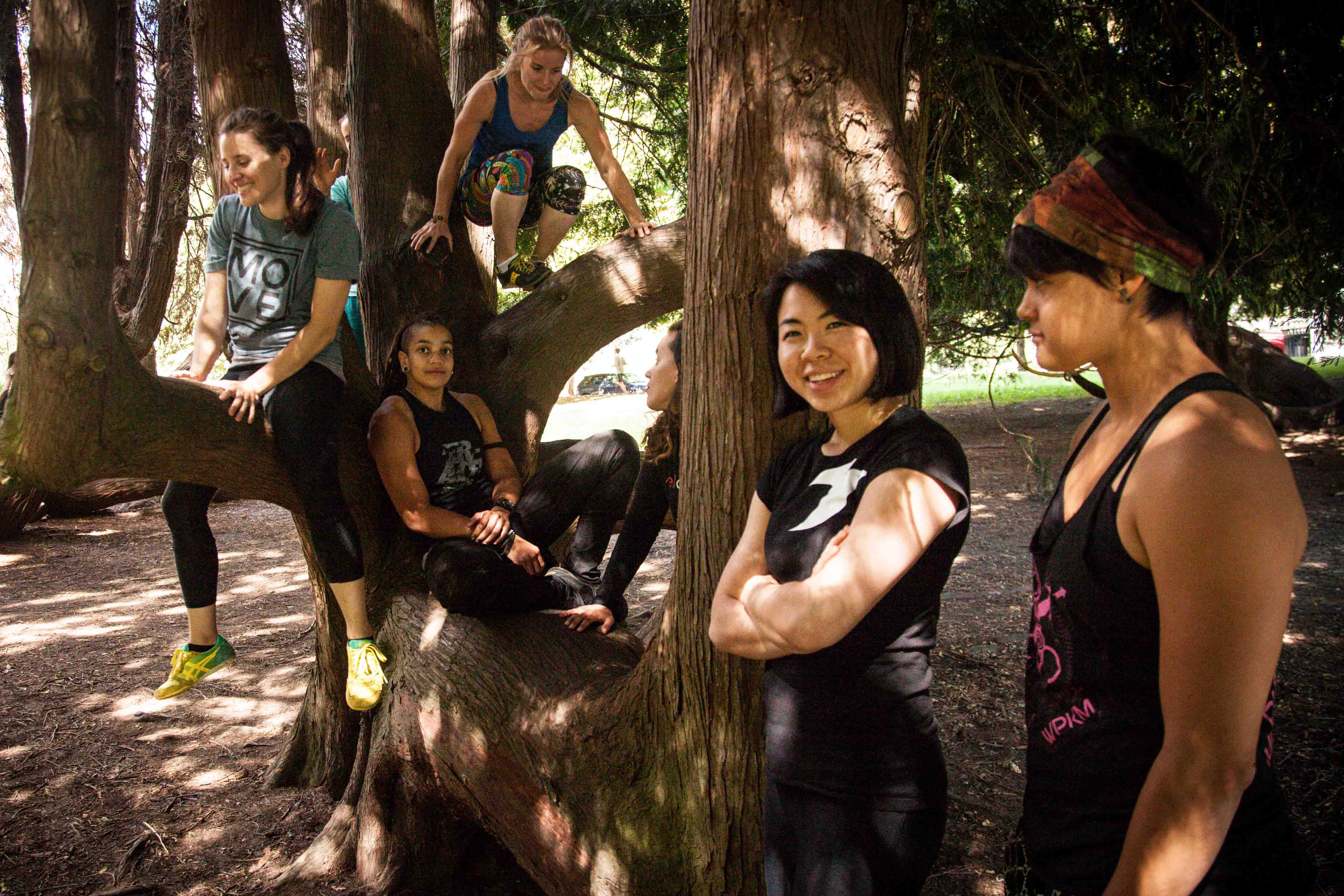 All images are © Julie Angel and used with permission. 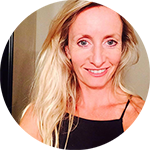 Like many of our contributors, Julie Angel is an international hobo. As well as an acclaimed filmmaker, she’s also a writer, traceuse, academic, researcher, commentator, mover, doer, lifter, dogwalker. You can find more of her work at www.julieangel.com.