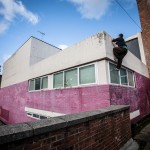 Earlier this week I joined my friends at Parkour Generations for one of their team training sessions. They meet up three or four times a week to train together. Sometimes it’s hard conditioning, sometimes it’s technique. As they were heading to east London to meet me, this was an exploration session with a load of climbing thrown in for good measure. 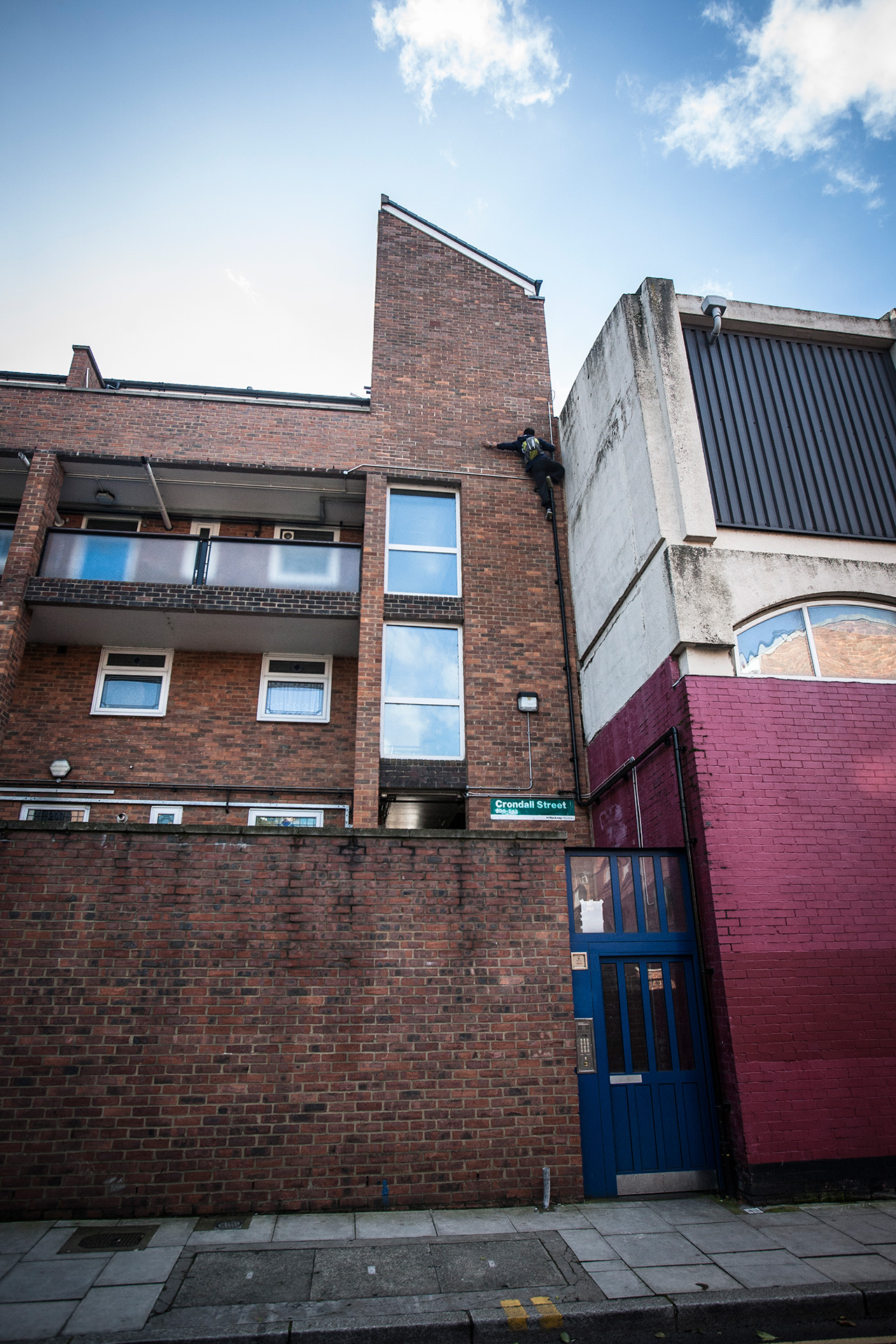 Alli was working regularly as a coach for PKGen, teaching various classes and in schools in London, until he discovered climbing. For the last two years he’s been working as a climbing instructor and hooking up with him for some buildering was well overdue. His early parkour training gave him a love of heights and exposure and I’ve a few more shots of him in action that will appear in the near future. 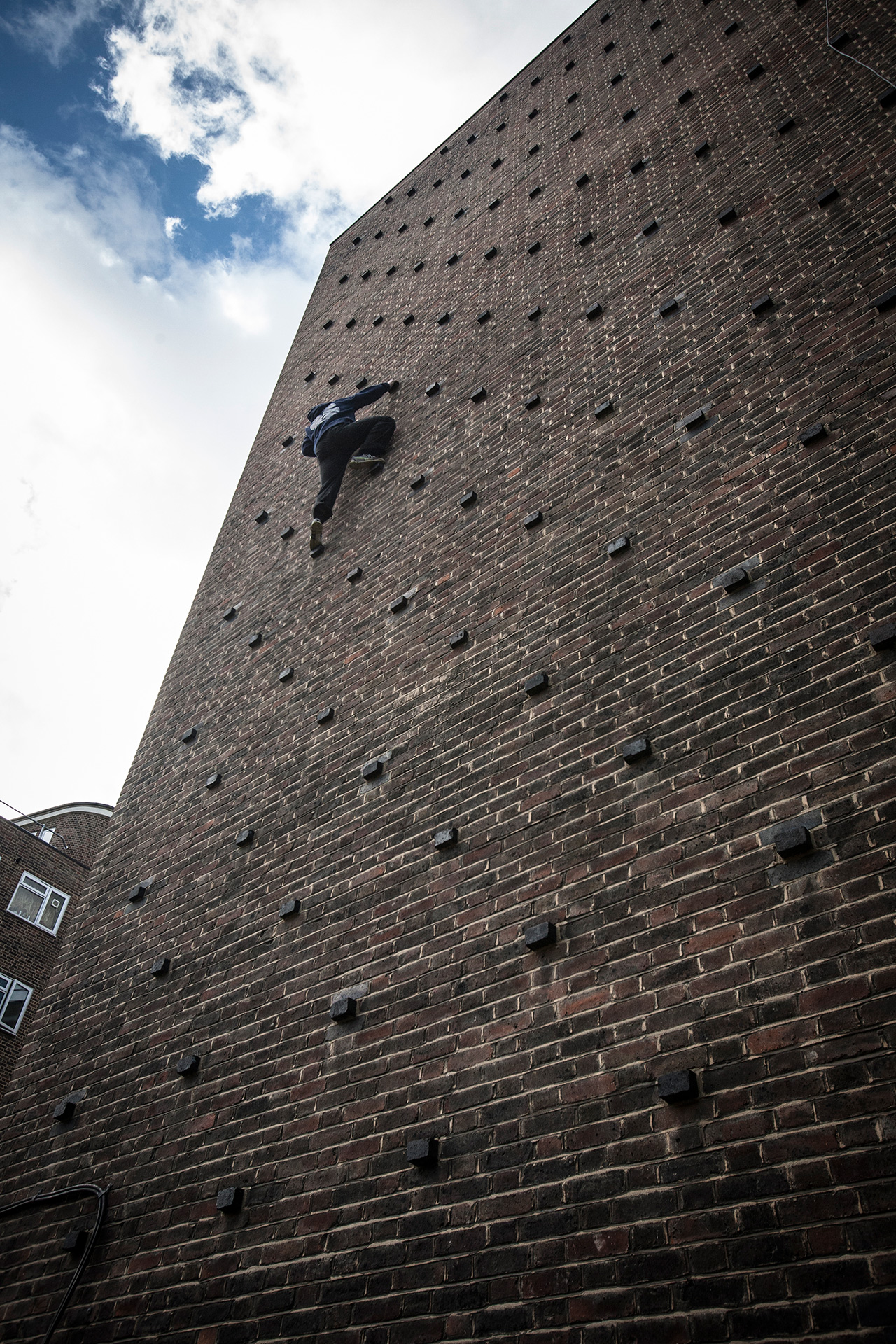