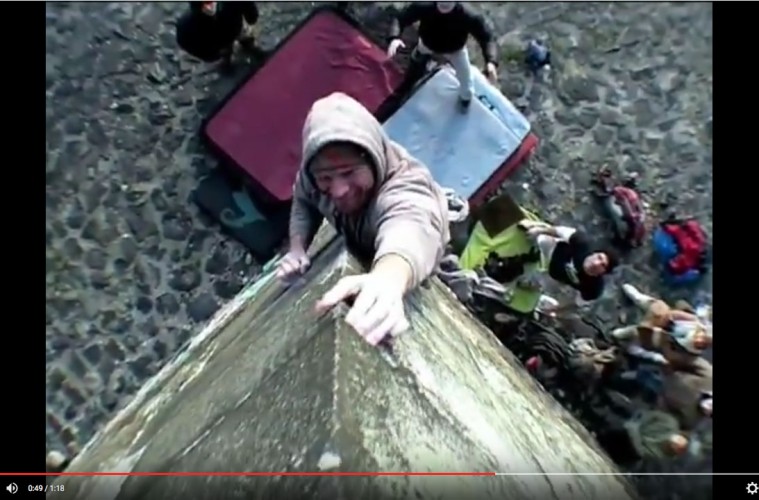 Here’s an above average buildering video, from the German guys who frequently claim “first ever”, “best ever”, and “world championships”. The way I see it, unless somebody travels more than 50km to participate, you can’t call it a world championship. Good video though.

Interestingly enough, the video was submitted by 1ntensity, a BMW viral marketing campaign. Over a year ago I received an email from a BMW ad firm, wanting to create some original “extreme” footage. Looks like they got lazy and decided to steal other people’s YouTube content to market their crappy car instead.