This year’s comp had a nice turnout. We started things off at the Library Pillar route, a nice quarried rock route that’s just high enough to make you think carefully. Unfortunately not everyone was able to give it a fair try before campus security was telling us to move along. Note to others: this building has it’s own security staff, and they seem to have a pretty good eye on the south entrance.

Move along we did, not without first doing a cool little builder-slash-parkour route in the alley between the Chemistry and Physics building — a nice little mantel, jump across a gap, then scramble down. Not an official competition route, just fun times. The next official route was the tricky Chemistry traverse. There’s two routes here, one traversing from the right until there’s an impossible(?) move blocking further access left, and another shorter but more technical route heading right to the same blank section. The competition route was this shorter one. Both Allen and Sean were able to send the route, likely resulting in a tie since this was the hardest route planned for the night.

Next up was the ever fun Music Arete, a very rock-like route with varied features and footwork. Climbing directly up the face has also been successfully done on a couple of occasions, however I believe it’s a bit too shoe dependent to warrant putting the route into a contest situation.

We finished up at the Psychology building, where a nice chimney allows you to just barely reach a slot for the hands. From here you swing out onto the face and climb up. A passerby seemed rather irate with our actions, telling us to “stop whatever it is you are doing,” but given the lack of uniform, we paid him no mind. This only angered him further, and he exploded with “I’M THE FUCKING DEAN OF PSYCHOLOGY.” Such potty mouths on our elites. This also failed to have the intended effect, and our dean stormed off in a huff.

Allen and Sean tied for the evening, and a quick game of paper, rock, scissors decided who walked away with the prize. 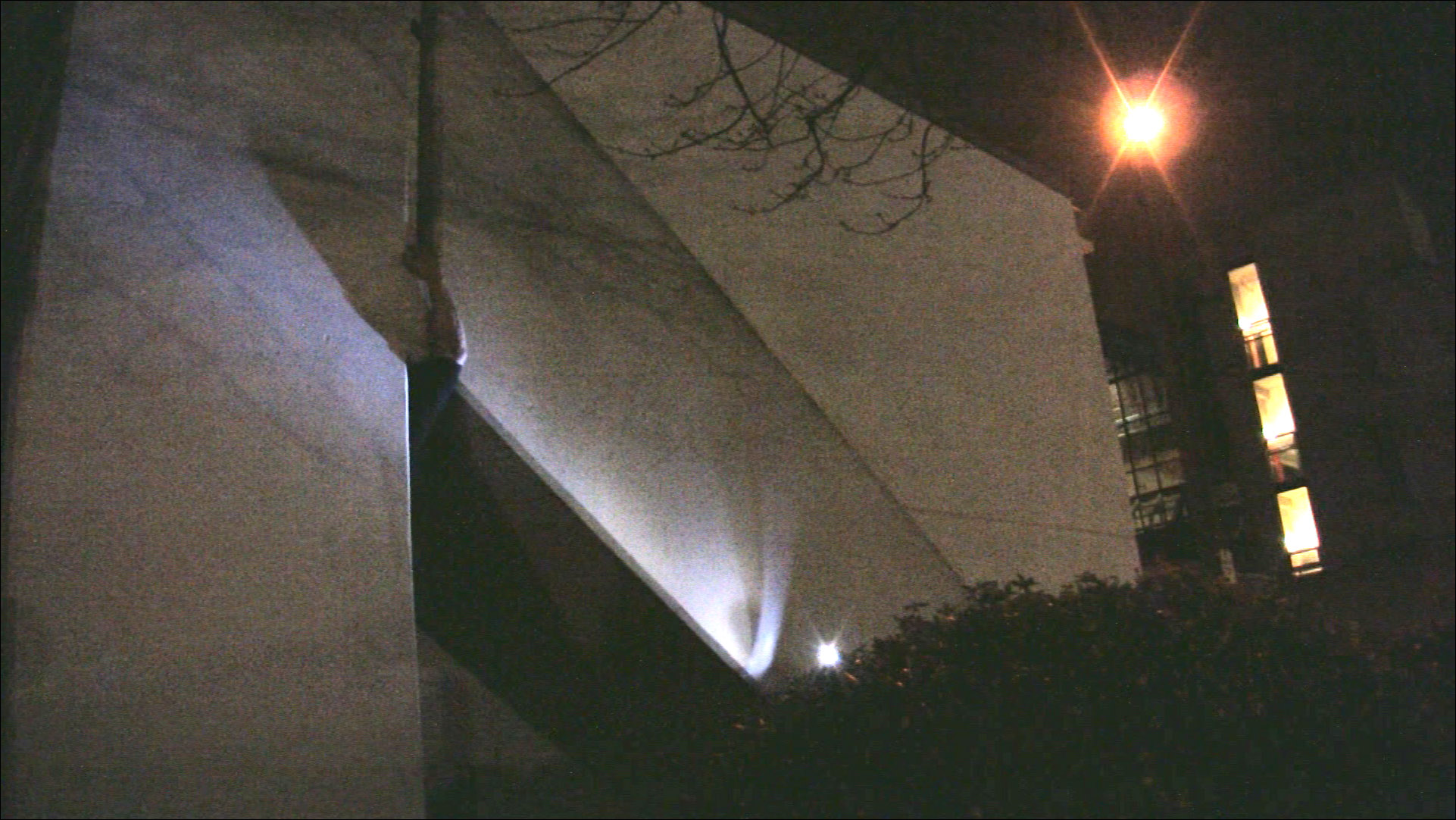 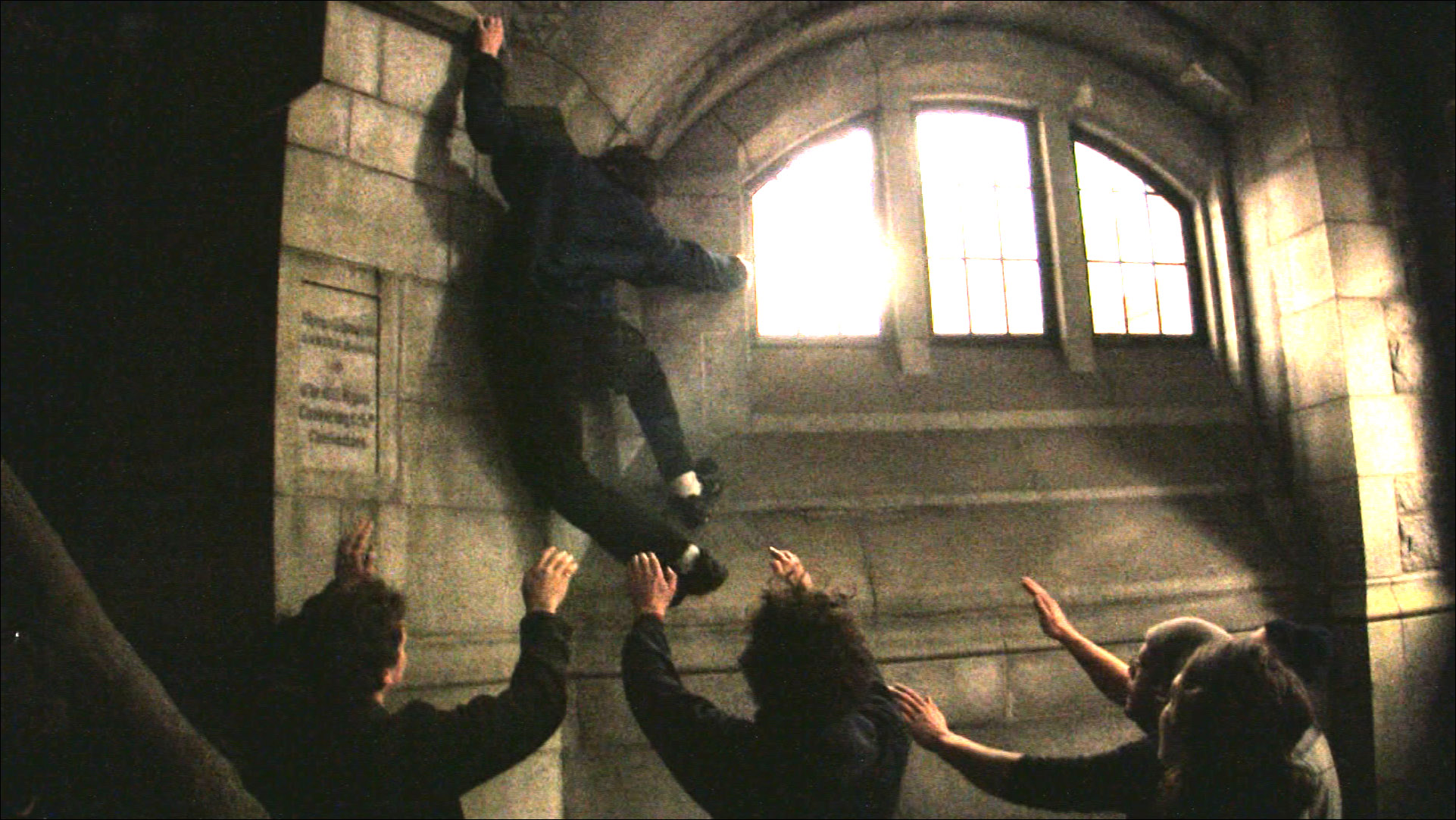 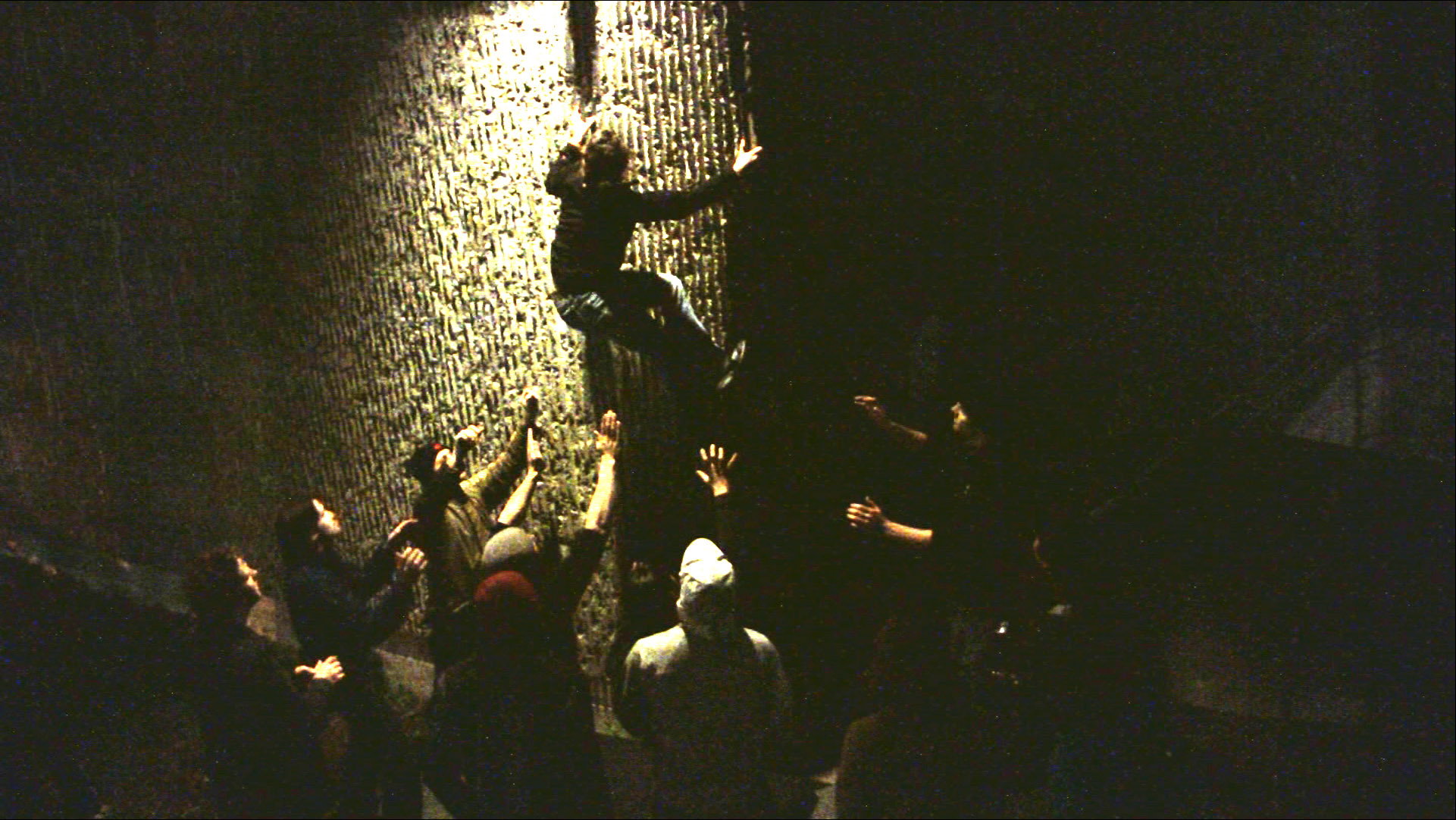 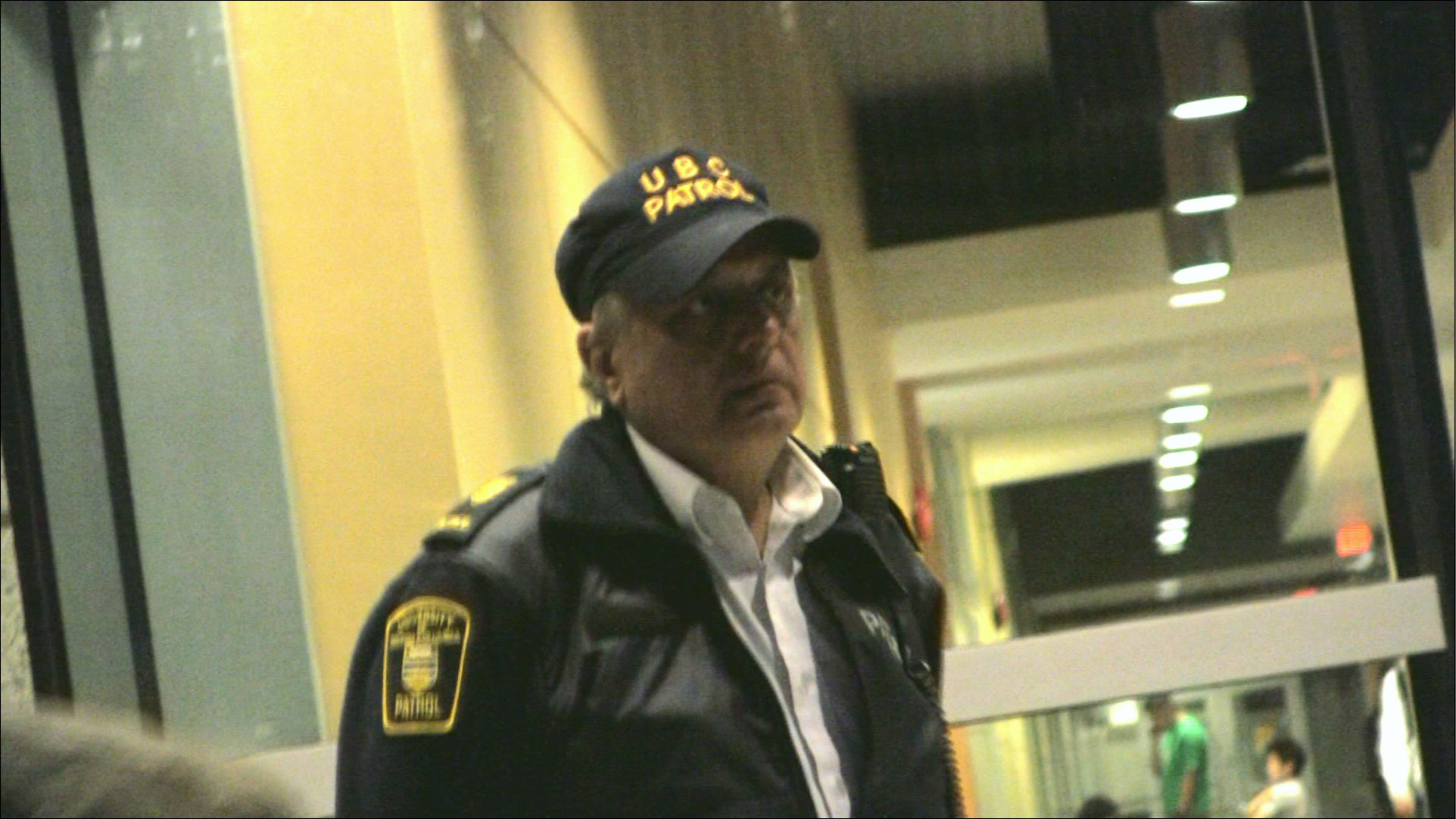 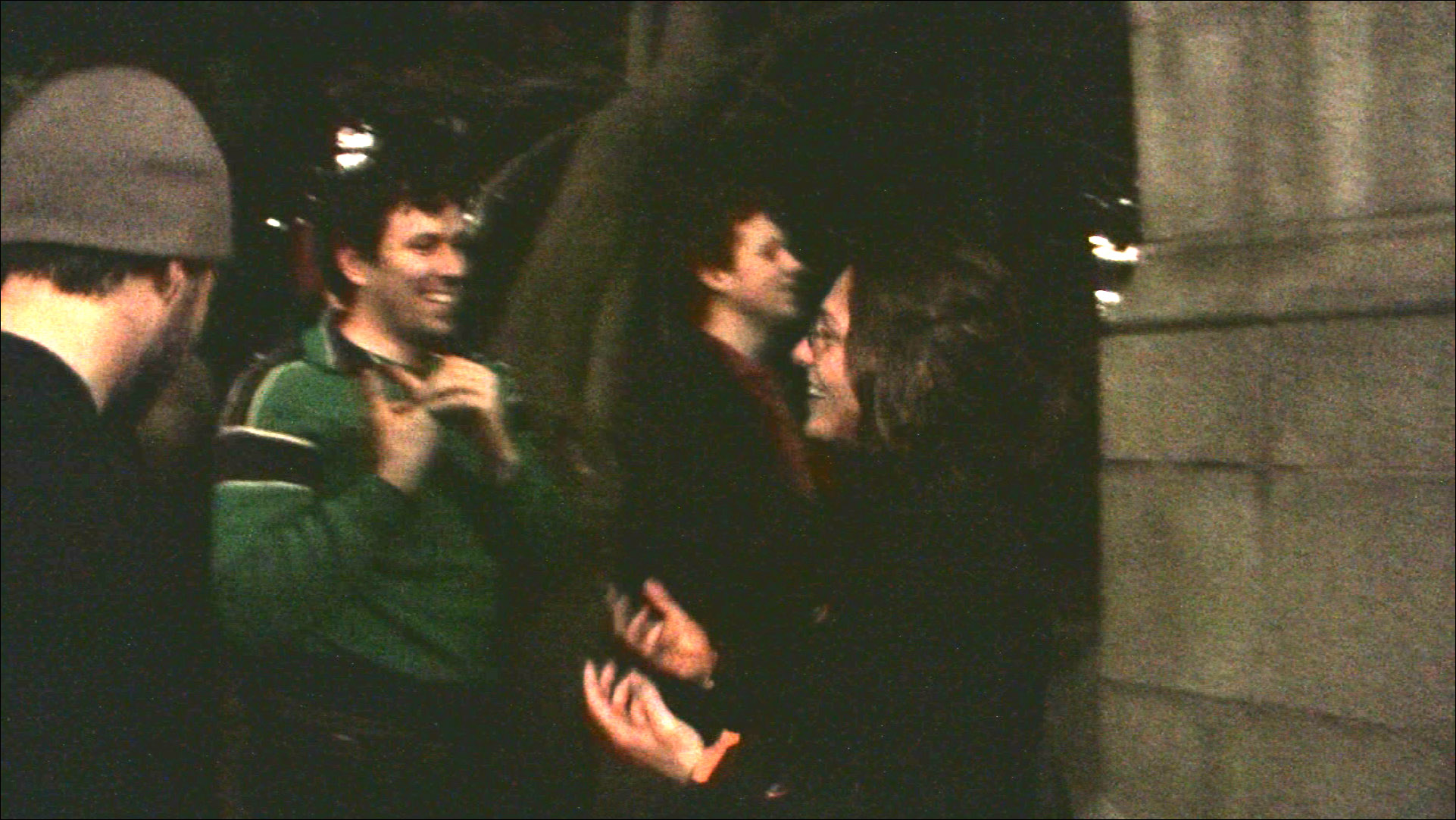 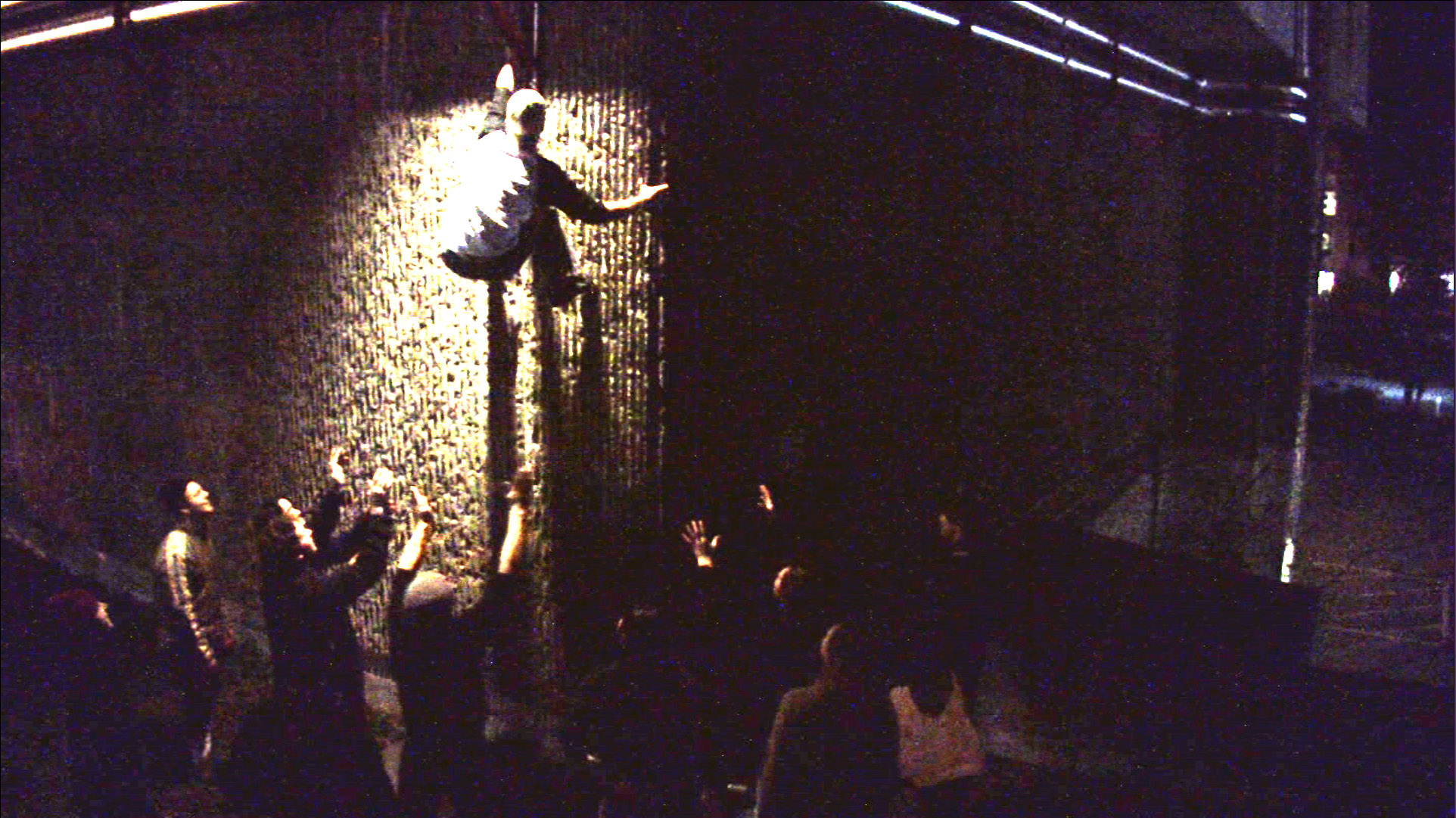 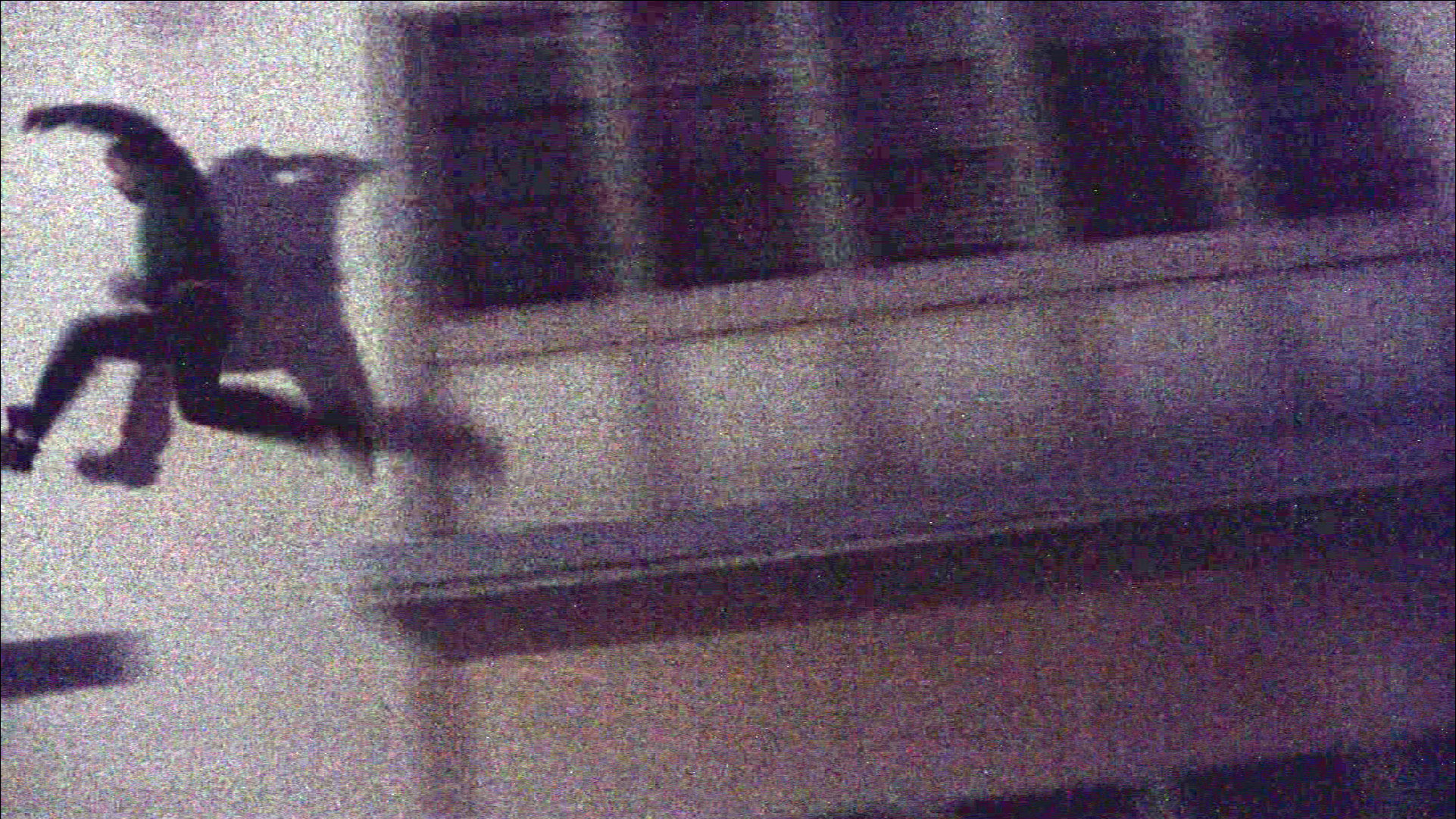 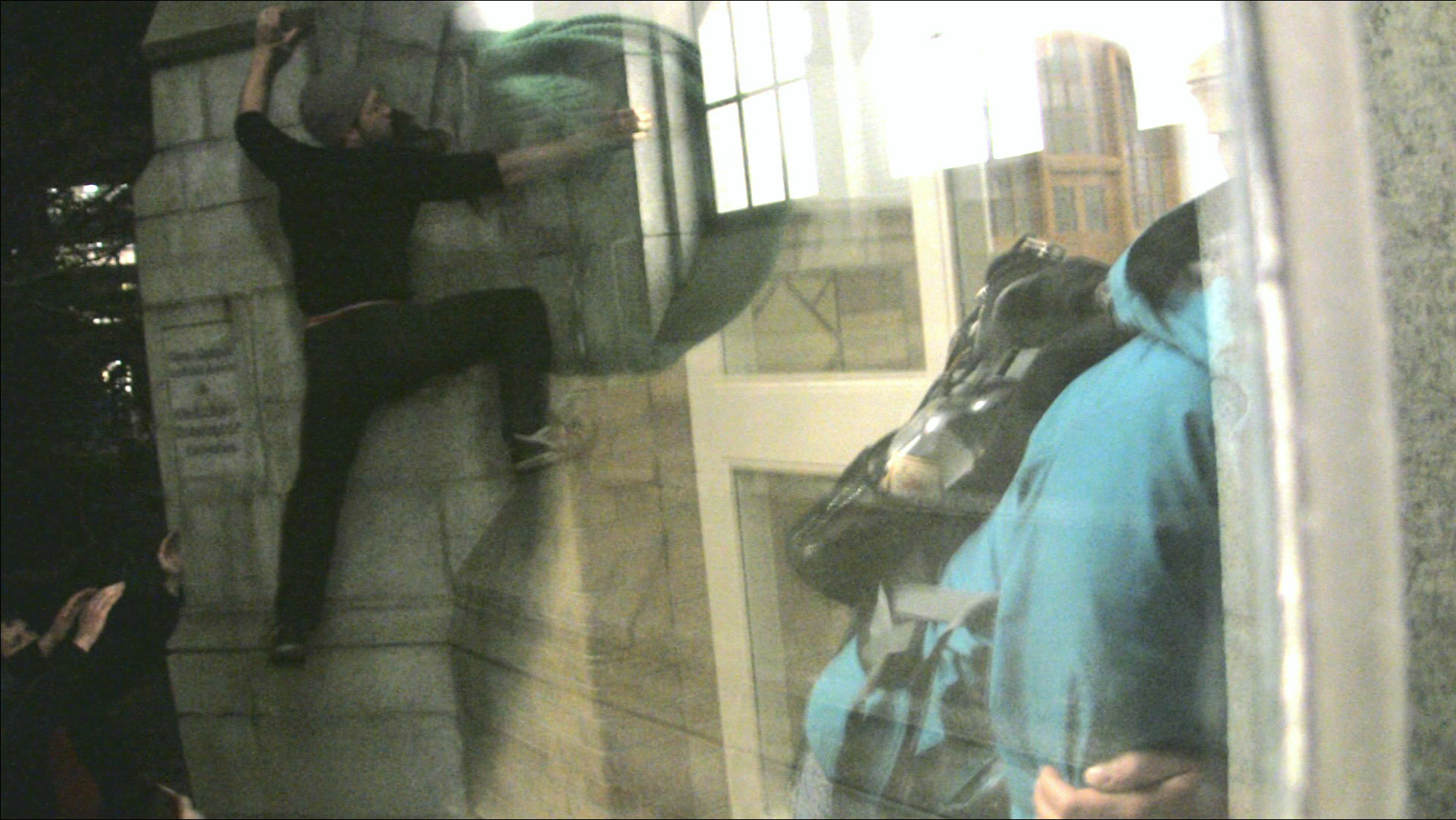 Inside looking out. Allen. Chemistry traverse. 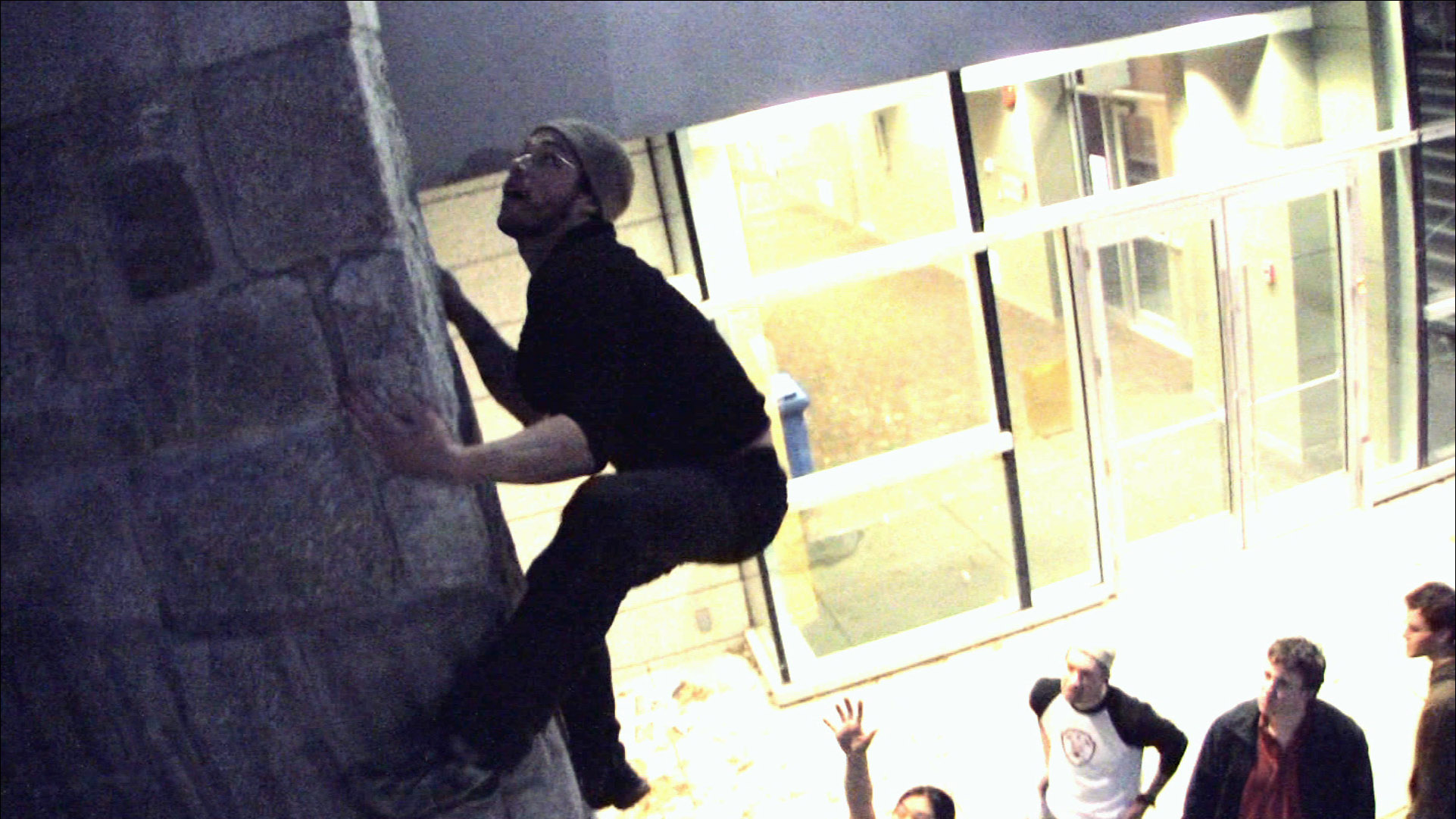 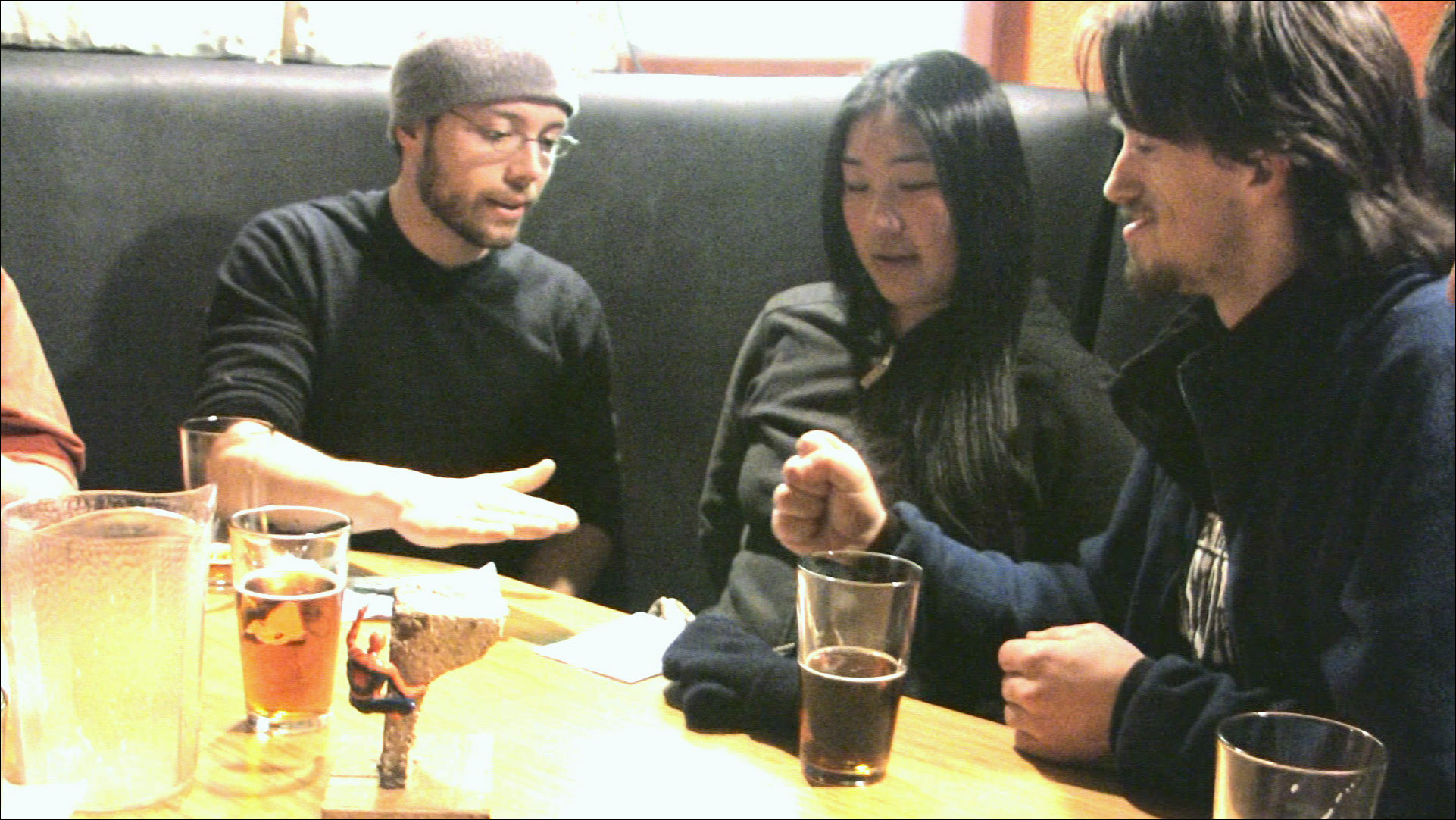 Nothing beats rock. Allen and Sean fight it out for the prize.