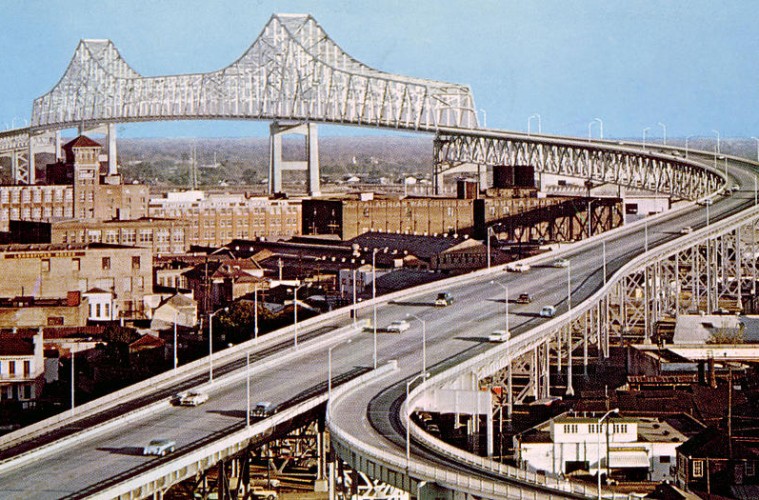 I climbed the bridge over the Mississippi River in New Orleans with some grips from Cannon Films on Mothers Day at dawn in I think it was 1987. They called the group “The Urban Assault Team. I would like to hear from anyone who knows about this.