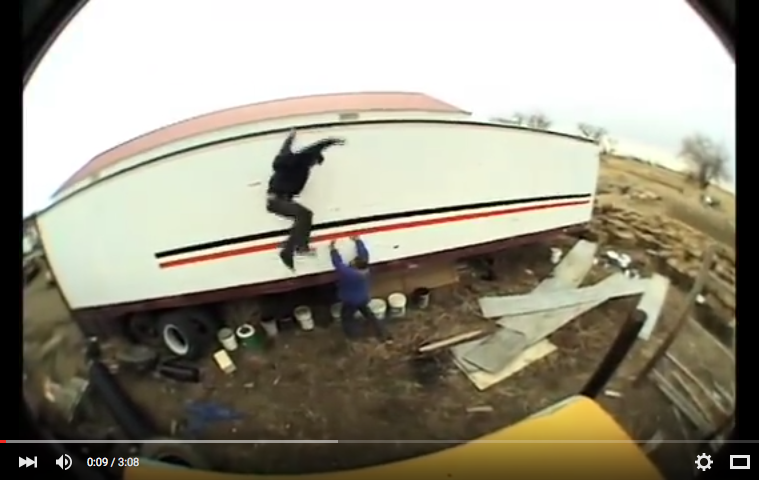 If you take the generally high skill level of your average skater and compare it to the generally low skill level of your average parkourist (I’m done with the term “traceurs”, so I’m making up a new word), and given the two sport’s similar nature one could come to the conclusion that parkourists are just failed skaters. Such behaviour is well documented with the “aggressive inline” fad of the early ’90s.

So what happens when a talented skater decides to demean himself and dabble in parkour? Well, fucking amazement of course.