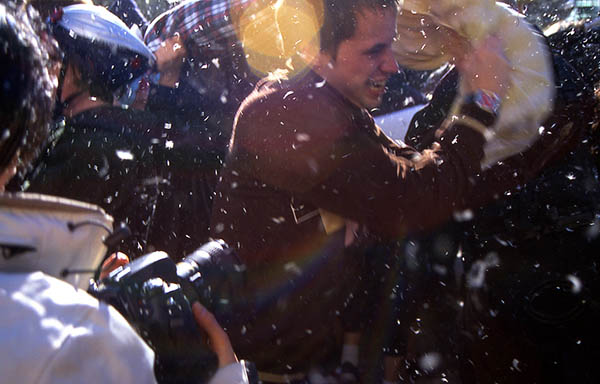 The Rules are:
-Look inconspicuous (For effects don’t draw attention to yourself)
-Hide your Pillow so it’s not visible (preferably feather)
-Do not congregate in the location try to be generally around it.
**It will be really weird when *out of nowhere* all these people start to Pillow Fight**

1: At exactly 3pm Pillows OUT!!! And descend onto Robson Square.
2: ONLY Pillow fight those with Pillows
3: DO NOT hit bystanders or cameras unless invited.
4: At 3:15 walk away.

I must admit, I was a little skeptical of the power of the internet to gather large numbers of people together for a random event, but today’s pillow fight was a massive success. I can’t remember the last time I had a pillow fight, never mind a massive one taking up all of Robson Square, with hundreds of milligrams of feathers flying everywhere!!! Ok that was a bad joke, but yeah, when everyone left there was a good two inches of feathers covering the entire block. 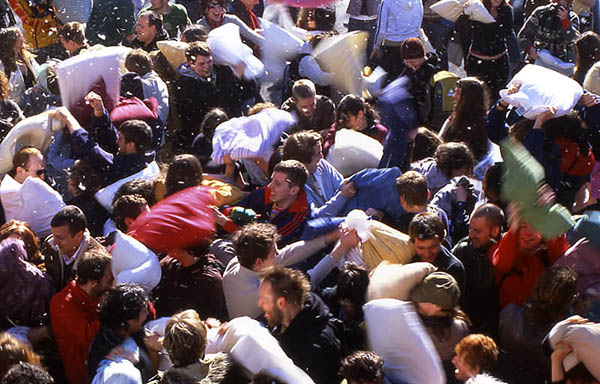 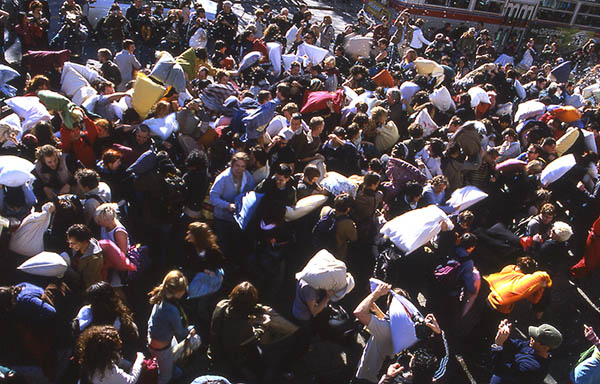 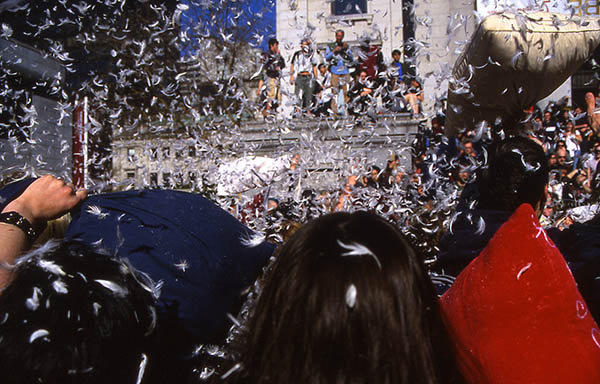 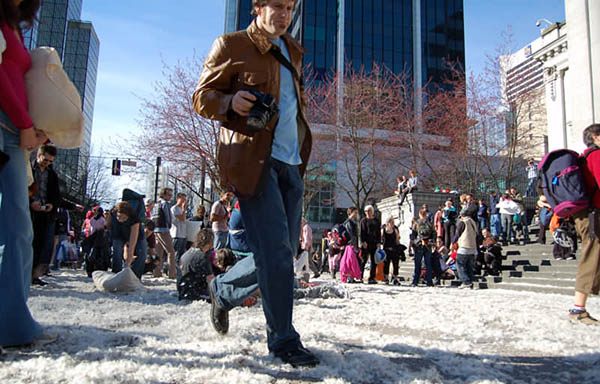