Wouldn’t it be cool to have a buildering video game? I wouldn’t want it to be too flashy, or ‘extreme’, but just have really good controls when it came to the climber’s movements. Like Tony Hawk’s Pro Skater, but with buildering. Maybe Ard Arvin’s Pro Builderer? Well as luck would have it such a game already exists: Crazy Climber, an arcade game from the 1980’s. 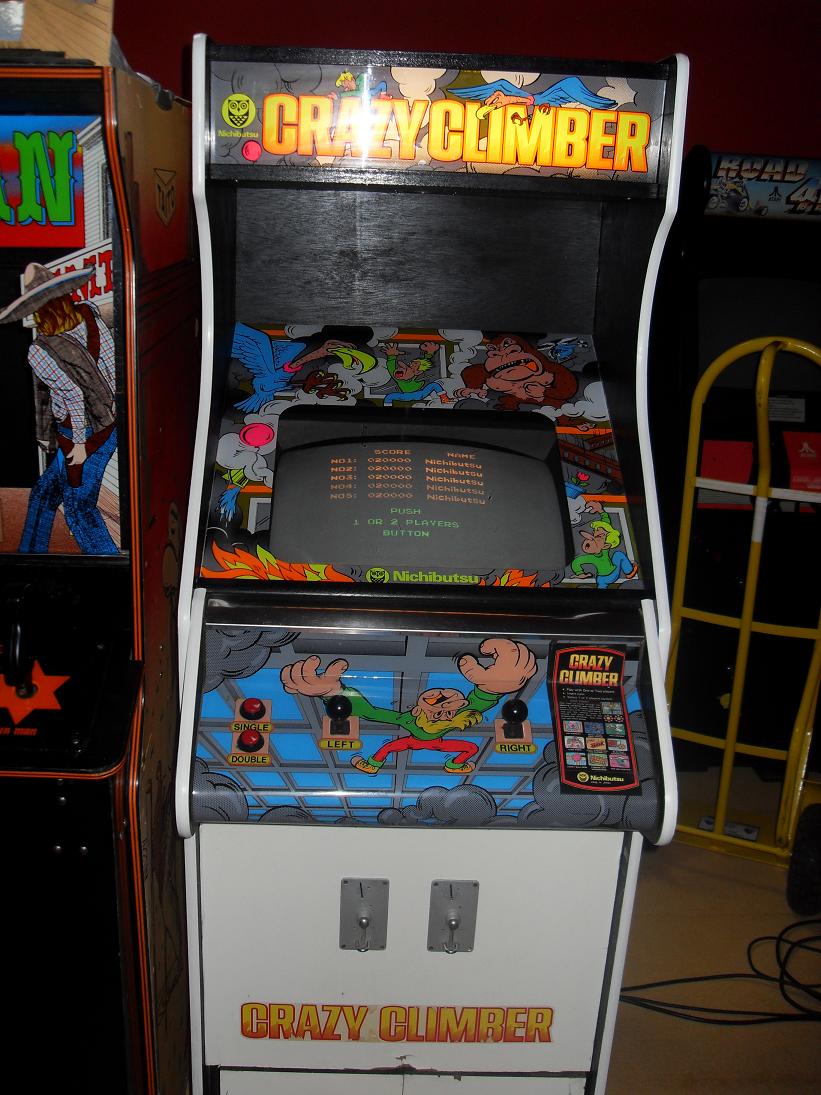 The premise of Crazy Climber (and it’s sequel Crazy Climber 2) is simple: climb to the top of the building without falling off. Oh and there are sadistic people trying to slam windows on your fingers, throw flowerpots at you, and drop girders on you. Even nature seems to want to prevent you from achieving your goal, as overhead birds try to crap on you and giant gorillas try to knock you off (ok maybe it’s not quite as realistic as Ard Arvin’s Pro Builderer). The game uses two 8-way joysticks, one joystick per climber-arm, allowing for some pretty cool movements.

I’ve played plenty of arcade games in my time. I used to steal money from my grandparents to sustain my habit until I was old enough to get a paper route. But out of all the games I’ve played, I have NEVER seen this game before. Perhaps Crazy Climber was strictly a US released game? Regardless, I believe it is fate that I did not hear of this game until 23 years later — until I became an avid builderer and could fully appreciate such a game. My favorite part of Crazy Climber is the “Go for it!” vocal sample, which is repeated countless times while climbing. Now I know where boulderers got their climbing jargon from. The only thing missing is a “Send!” sample.

So enough talk. I’m sure what you really want to do is play the game. Doing so is a little more involved than you may first expect, but believe me it’s well worth it. 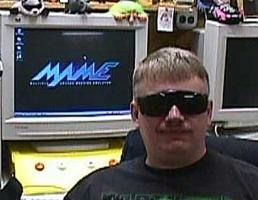 WARNING: You are about to enter a very dangerous world. The following instructions will allow you to not only play Crazy Climber, but any and EVERY classic video game in it’s original form! If you are employed, a student, or have a social life, continuing is not recommended. DO NOT END UP LOOKING LIKE THIS GUY.

Emulator: First you’ll need an emulator, which allows you to play ANY arcade game in it’s original form. This is insane. I’ve heard of emulators before, but I just assumed that the games made for them were cheezy knockoffs of the original. This is not the case. The ROMS (more on these later) you download for the emulator are the exact same code that was in the standup machines. Emulators themselves are perfectly legal, but the ROMS for the games aren’t. THE emulator to get is MAME32. If for some odd reason you can’t get MAME32, you could always try MAME from www.mame.net, but it is command line based, so you have to know a little DOS.

ROMS: Because ROMS are technically illegal unless you own the original arcade game, they can be tricky to find. However, most non-US websites don’t seem to have any qualms providing ROMS. Fortunately I’ve provided Crazy Climber, and Crazy Climber 2 here: 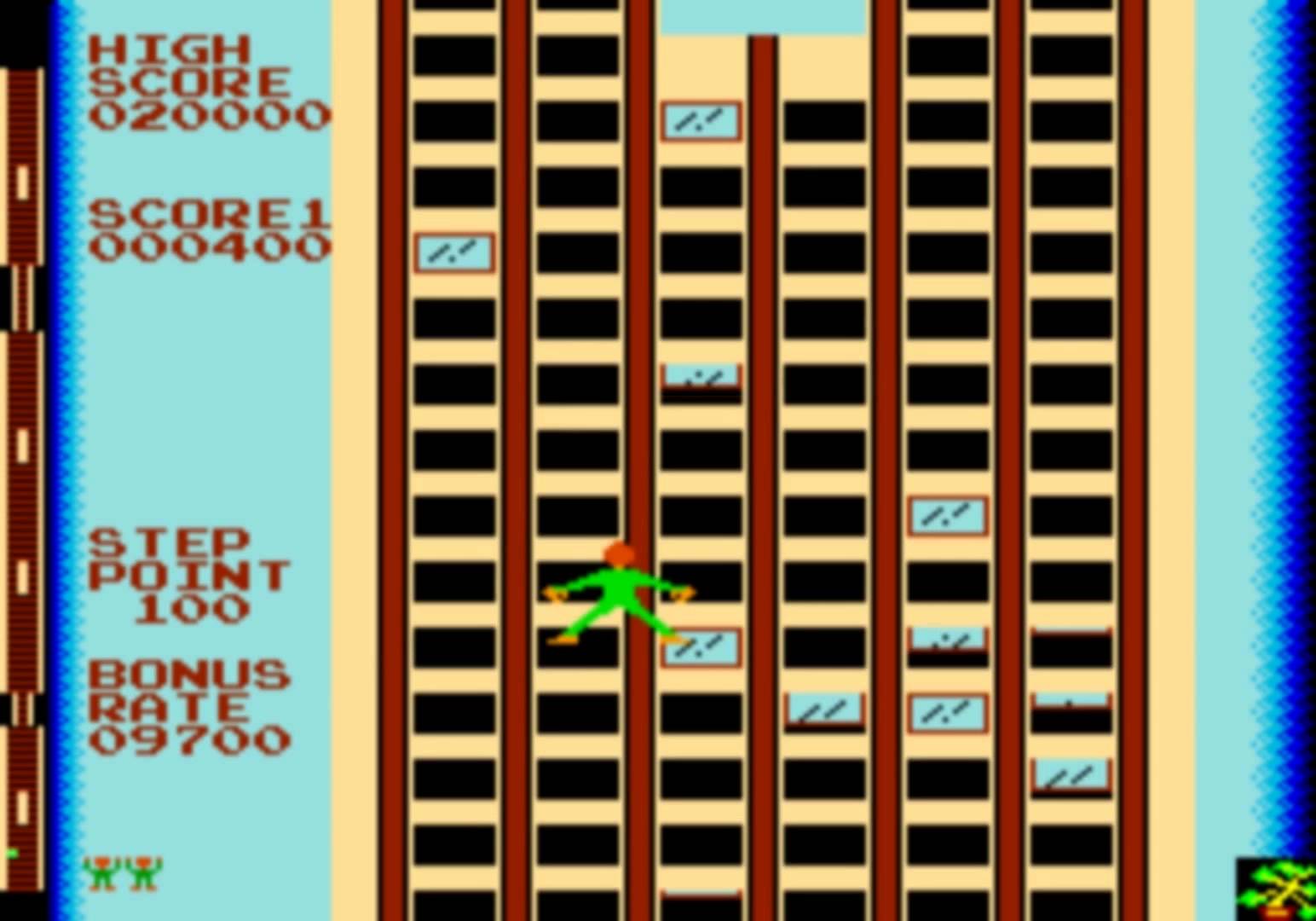 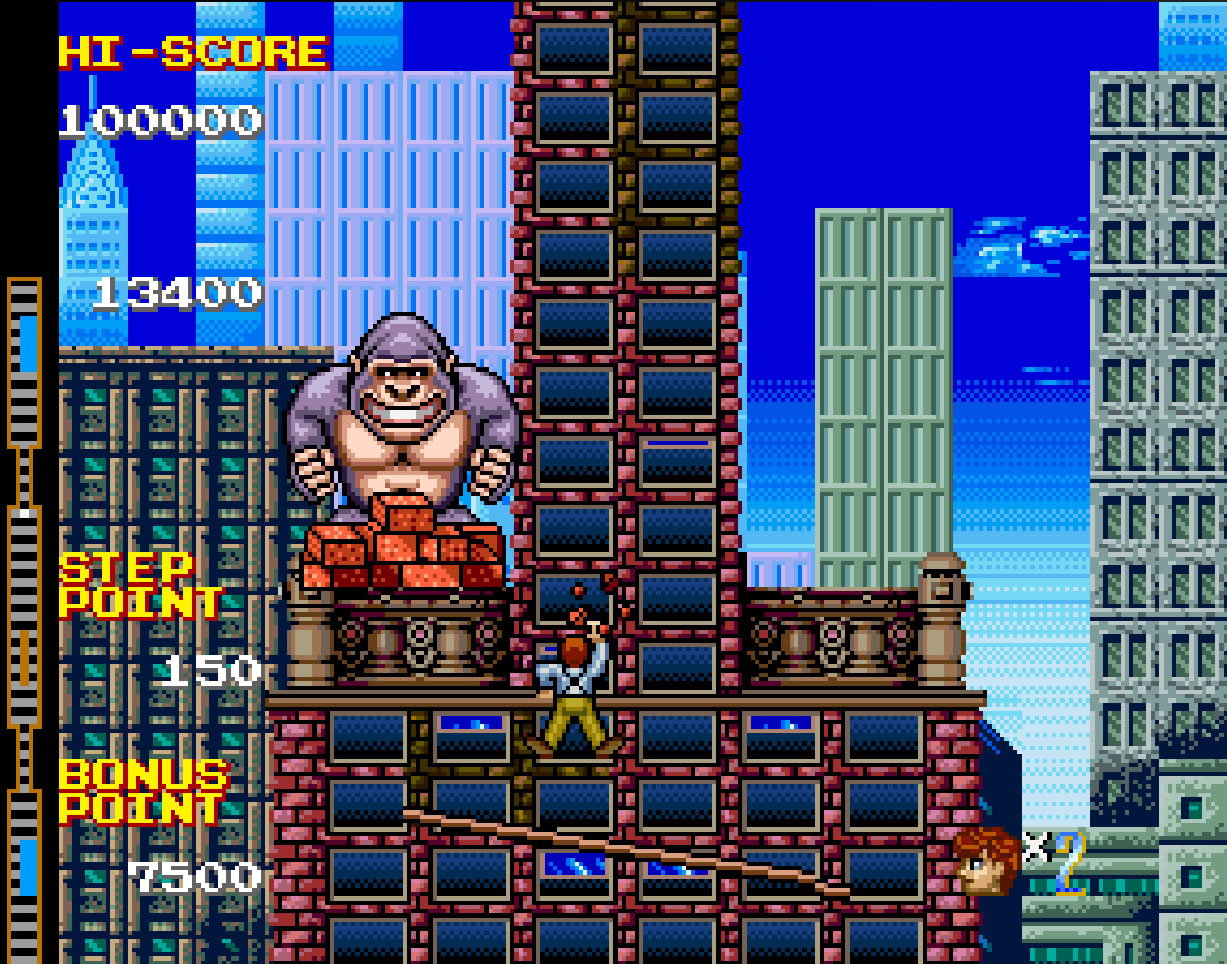 Installing: Unzip your MAME32 emulator. Put your cclimber.zip and cclimbr2.zip files into your mame32/roms subdirectory (you do NOT need to unzip your ROMS). Run MAME32, double click Crazy Climber (US), away you go.

Playing: Crazy climber is straightforward, but far from easy. The original arcade game has two 8-way joysticks, the left joystick for the climber’s left hand, and the right joystick for his right. Playing this on a keyboard is a bit trickier, but with a bit of practice things move smoothly. The default key settings for this game are:

-The climber cannot pull off of the brown girders (this confused me to no end). If you find yourself unable to move, you are probably trying to move off of a girder (or a closed window), or are below something preventing upward progress (like a ceiling).